The Bus to Billing

An old decaying color slide reminds fbb of his childhood routine. It was a walk from Northampton town centre, along Derngate and down to Victoria Promenade. That's where Yorks bus departed from and the picture above shows the blue York's bus in the service's declining years being overtaken by a United Counties Lodekka on its way to the former Derngate bus station. To the left was the cattle market, now replaced by a Morrisons store ... 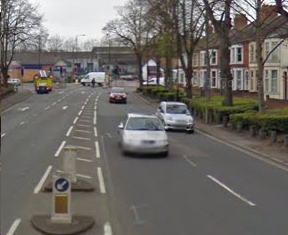 ... but the row of bay-windowed houses is still there today. One route to the stop involved walking under a very low and mysterious bridge, the former road being blocked, even 60 years ago, by iron bollards. This had once carried the Midland Railway line between Bedford and Northampton to its terminus at St Johns Street Station; the green line on the map. 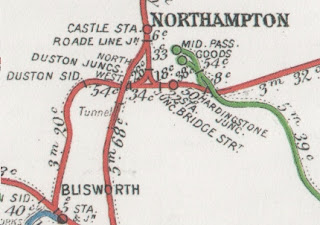 The former station was here ... 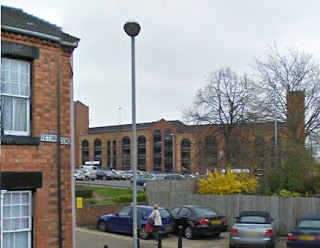 ... but nothing now remains, even the mystery bridge has gone, BUT the informed observer might just notice an odd mound of earth near Morrisons entrance. 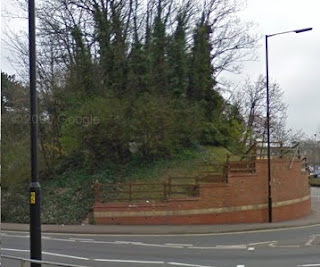 This is the last piece of evidence for the embankment that raised the line to cross Victoria Promenade. The line had opened in 1872 and passenger services were diverted to the less conveniently located Northampton Castle station in 1939.
fbb wonders how many Morrisons shoppers might realise that they drive past a two little bits of transport history; a former and popular village-bus terminus and a piece of railway line and its station closed 72 years ago.
Next blog : due Monday October 24th
Posted by fatbusbloke at 07:38