Explaining it to the Public?


fbb had intended to bring his "Rise and Fall of the Roman Arbouthorne Empire" epic to an earth shattering close after Episode 3, but it became too complex to communicate convincingly without a bit more "stuff". If you were following the series, you would know our tale has reached 1958 and the bus service up East Bank Road in Sheffield is summarised thus:-
101s to Gleadless via Eastern Avenue
101s to Herdings via Eastern Avenue

Even the map only gives a clue to what might actually happen on the road, 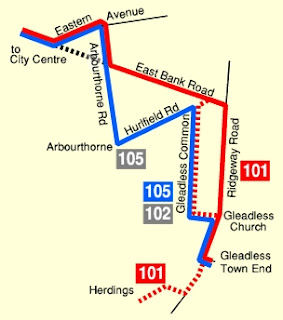 So how does the much applauded Sheffield Transport Department explain all this?

Badly! This was not their finest hour. Some of the daftness of Travel South Yorkshire, like an infectious disease, must have lain dormant in the nooks and crannies of Sheffield's stops and depots. These extracts are from the 1959/60 timetable book. 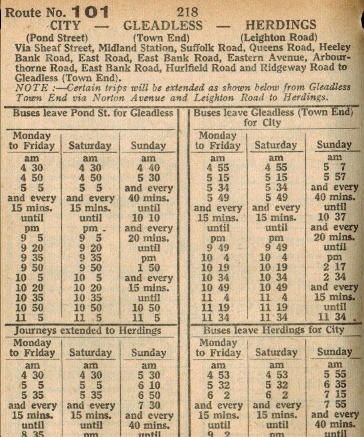 First, the 101
This shows how unhelpful a departure list is when the service has "complications".  The top half of the page shows buses to Gleadless, the bottom those which are extended to Herdings. It is actually simple in practice but easy to get confused by the page above. 101s always run to Herdings EXCEPT at less "busy" times, when some turn short at Gleadless. What makes it all a bit silly is that the extension is only TWO stops down the road, and both stops are close together. The "italic" times with a dagger double whammy danger signal, are for buses the run to, or start from Gleadless. The bold type is for those at "busy times" which turn at the original Arbourthorne terminus. Still just about makes sense.

So all that's left is the 102, running to Gleadless when the 105s don't, i.e. at "busy times". And, if you have been paying attention, Smith minor, this should show a simple service via East Bank Road and Gleadless Common. 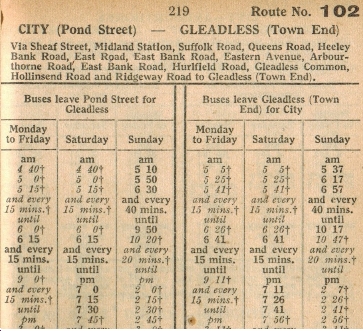 But it shows an all day service with loads  of journeys daggered and italicised. Help! Well, help is at hand for those who are willing to peruse the sub-table notes.

But Sheffield Transport includes it with the 102 which has, effectively, become a peak times only service!

And here's one doing it! This is the junction at Gleadless Church, with the back end of a 102, or 102 disguised as a 105, disappearing down Hollinsend Road en route for Gleadless Common and East Bank Road; or Arbourthorne if it's a 105. 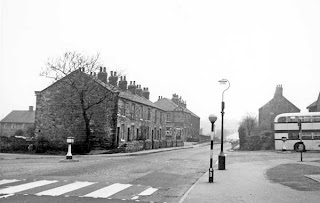 And here's the same junction after Church Row was demolished in 1960. 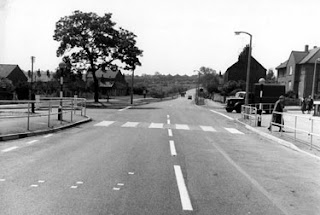 And, for completeness, a similar view today. 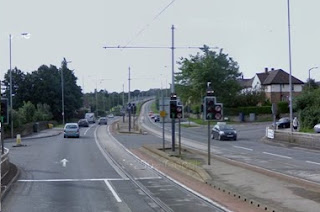 I am indebted to chum, John, who has created a sample timetable page combining all the various services. It's still not easy to understand without a map, but at least it gives some idea! Against the "Eastern Avenue" time point, "Y" = "Yes, it goes that way" and "N" = "No, it doesn't." 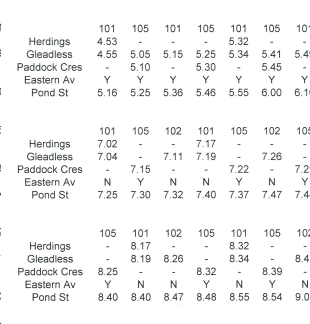 And, as a conclusion to this episode, a 105 photographed just after leaving Pond Street bus station. 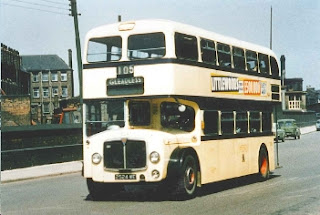 An AEC Bridgemaster to warm the cockles on one's heart and, in part, to restore one's belief that all of this is NOT a nightmare brought on by too many "pots" of tea from the staff canteen.  "pot" of tea, by the way, what what the modern non-STD reader would call a "mug". 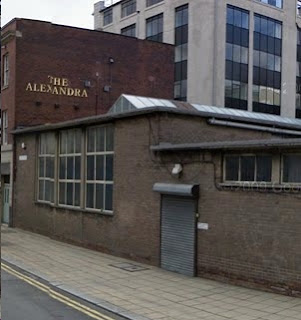 And for those who enjoy a happy memory, here is the canteen, known as the "Club" because it was run by the staff of Sheffield Transport. It has been closed for years and sits patiently, cold and empty, in Castlegate waiting for the re-development od the Castle Markets area.

But everything up the steep East Bank Road changes again in 1966!