So, where IS Arbourthorne?


Both as a student, and subsequently when in gainful employment, fbb was always fascinated by the fine steel city of Sheffield.

A minor mystery was the existence in the 60's of TWO Arbourthorne Roads.

One led off from the main City Road (then the A616 to Mansfield) along the eastern edge of Norfolk Park and is marked "A" on the not-to-scale diagram below. 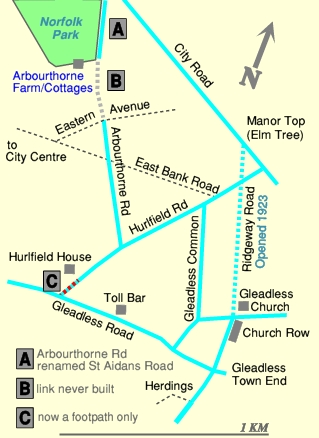 The other was way up on the hills, part of the huge 1930s style estate on both sides of East Bank Road. The link between the two bits, grey dotted line marked "B", although never built, was presumably planned, hence the duplication of names.  The lower bit was then renamed St Aidan's Road in connection with the building of the Norfolk Park Estate which precluded any likelihood of the two ever being joined.
The solid blue lines represent roads and tracks which existed in the late 19th Century linking scattered farming communities with one another and with the centre of Sheffield. On the map, the modern names are shown. Gleadless Road was a turnpike with a dainty little toll house, now demolished ... 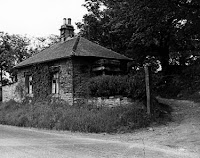 ... and remembered only in a modern street name. 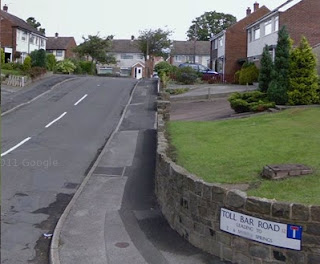 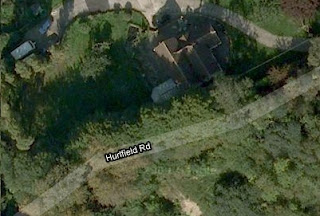 ... off the track that marks the present "no through road" bit of Hurlfield Road. This steep link to Gleadless Road is now just a footpath almost hidden in undergrowth, see "C" on the map. 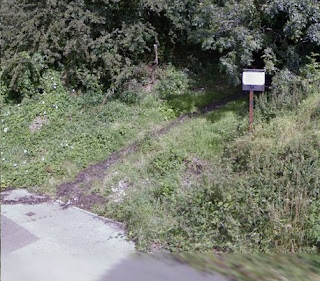 This ancient picture (around 1920) shows the house (far left) and its associated farm with Gleadless Road in the background. The burgeoning Meersbrook estate is on the far hillside. 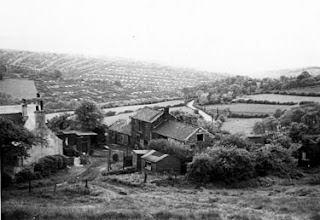 But, returning to the map, the hamlet of Arbourthorne was back down at the southern end of Norfolk Park. Little remains of the tiny community except the name on maps dating from about 1925/30 (and earlier) ... 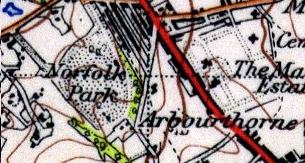 ... and a row of semi-detached cottages actually inside the park gates; two little black blobs to the left of the "A" of Arbourthorne. 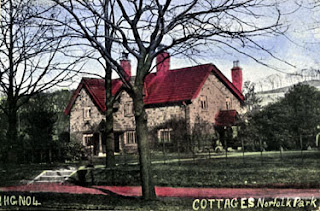 These still exist and are still occupied, a little memory of Sheffield's rural past.
The present Ridgeway Road was opened between Elm Tree and Gleadless in 1923, incorporating a narrow cul-de-sac named Church Row at the junction with Hollinsend Road and opposite Gleadless Church. 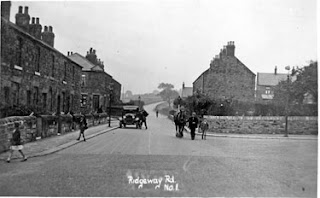 The decision to develop the East Bank area for slum replacement housing in the mid 1930's, combined with private development along Ridgeway Road and Gleadless Common, led to the need for one of "them new fangled motor bus" services.
Thus is was that Sheffield Transport Department's route 5 began on Sunday 11th July 1937. 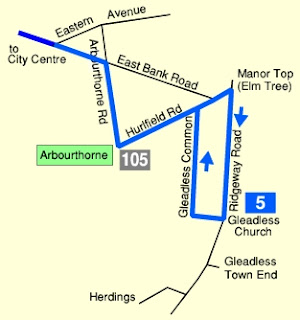 It ran from Pond Street bus station via East Bank Road, "Arbourthorne", and in a loop, out via Ridgeway Road to Gleadless Church and returning via Gleadless Common. There is no record of how the number 5 was chosen. When bus routes were numbered in 1926, they started at 10 (Petre Street) and ran clockwise round the city.
As folk moved in to the developing estate, additional "short workings" were provided from (about) October 1937. These terminated at "Arbourthorne" (Paddock Crescent) and were numbered 105, thus setting the pattern for future route numbers in the area, as we shall see.
Amazingly, this "Arbourthorne" had no recognisable link with the historic hamlet of the same name. It is more than likely that the vast  majority of Sheffielders, and even many transport historians, have never known that the estate was named after the road and not vice versa!
The "Arbourthorne Argonaut" episode [2] begins less than a year later and sees established a basic pattern of bus services that was to remain in place for a little over 28 years.

Next blog : due Tuesday October 11th
Posted by fatbusbloke at 05:28