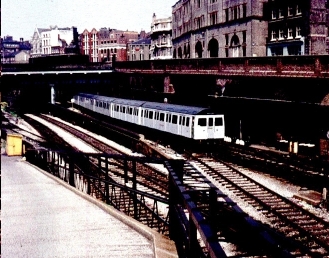 Another long lost and tatty slide from fbb's "collection", date unknown. The train, on the circle line, is approaching Farringdon Station from the north. The road behind the train is Turnmill Street and much has changed since the mid 60s when fbb took to picture.
We now look south, standing on the bridge under which the train is travelling, and ... 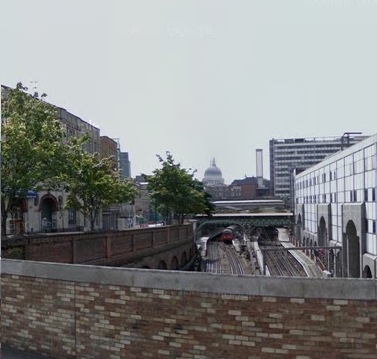 ... the building with the distinctive archways is far left, a Circle Line train is leaving the station travelling north and the Thameslink tracks with their long platforms are on the right. The ramp to a car park, from where fbb took his snap, is replaced by the office block on the right.
But it was over 45 years ago!
And so was this one, again 60s:- 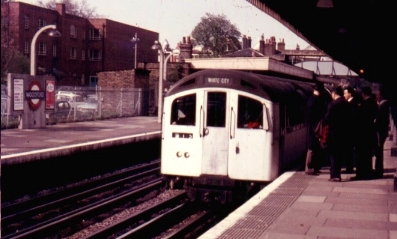 Nothing special? A Central Line Train on its way to White City. But the little knot of suited gents talking to the driver and an LT official had just had a ride on the shuttle service from Hainault. They were a delegation from Japan. [Bad Granmmar. "It was a delegation from Japan"]
So what was so special about the Woodford to Hainault shuttle ... 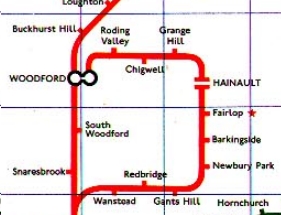 ... now replaced by through trains via the "Fairlop Loop"? It was where LT was testing out automatic train operation before it installation on the Victoria Line, which became the first automatic railway in the world.
Please don't tell anyone; but fbb had also had a ride on an automatic shuttle that day, unofficially and in the cab! As the driver (pal of one of fbb's chums) said, "we're getting so many visitors, no one will ever notice!" As a final act of joy and excitement, fbb was allowed to turn the train lights off after leaving Chigwell Hill Tunnel. 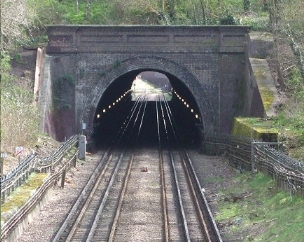 He turned them off too early, leaving the rear car in momentary gloom!
And finally this:- 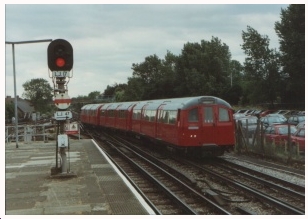 On his recent trip to Watford Herts (read again), fbb was surprised to be overtaken by a "Piccadilly Line" train on the fast Metropolitan lines north of Harrow. It turned out to be a preserved Cravens bodied train used for tours and excursions. The appropriate web site, for further information, can be visited here.

Next blog : due Wednesday October 26th
Posted by fatbusbloke at 07:10