from fbb's "Open House" week at Church.
"I'll just nip along to the shops and get the locusts!"
Live locusts, by the way, to illustrate the
desert lifestyle of John the Baptist. 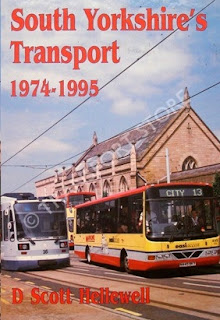 Scott Hellewell was a SYPTE senior executive from 1974 to 1988 and his book, still available from various sources second-hand, is an excellent account of what the PTE actually did! The book is highly recommended and can be obtained from "Transport Store", as illustrated above [web site here], and Amazon. fbb's personal copy is well thumbed as it helps enormously with the fading memory.
It was in 1978 that strange buses with strange sounding names and often in on-standard colours began appearing on service 51, which from 1966 was Sheffield's newest cross city service. See "An Arbourthorne Argonaut [5]" (read again). 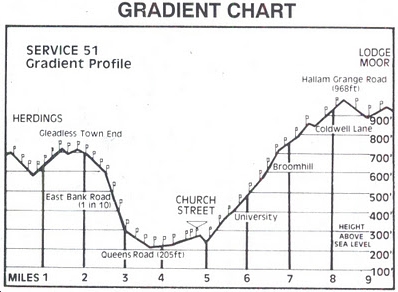 From Gleadless, the route descended the 1 in 10 East Bank Road into the City; then began the long climb from Broad Lane via the university, Broomhill and Crosspool to Hallam Head (Hallam Grange Road) just under 1000 feet above sea level. Lodge Moor terminus was only a little lower. Without a doubt it was a tough route and an excellent test for comparing vehicle types.

click on the image for  larger picture
Comparisons were sought between:- Leyland Titan (left), MCW Metrobus, Foden, Dennis Dominator and Ailsa. The Dominator came out top and became the "standard" PTE vehicle for subsequent years. A second picture shows an even wider range of chassis and body types, complete with a " rogues gallery" of PTE officials.

click on the image for  larger picture
fbb wonders, despite today's H-bus excitement (Hybrid, Hydrogen, Hydraulic), whether there has ever been such a comprehensive comparative testing programme since?


P.S. Did you remember to put the clocks back last night?

Or was it forward?


Next blog : due Monday October 31st
normal blogging resumes
Posted by fatbusbloke at 06:43