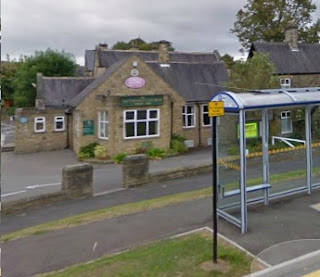 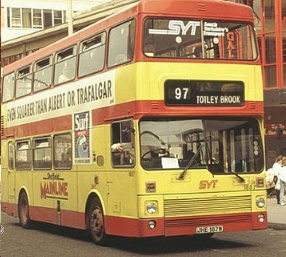 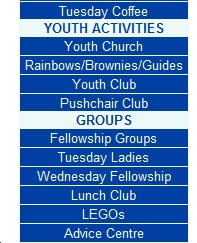 ... ably overseen by very helpful caretaker, Dean. Once every two months the church hall is invaded by a gang of sad old men serious transport enthusiasts. The group has been running for 16 years and aims to take a more "academic" interest in all things transportational in Sheffield

"The Sheffield Transport Study Group was formed in May 1995 when several enthusiasts realised that there was a huge gap in the recording of past transport activities in the Sheffield area and that something should be done about it.

Although mainly directed at the activities of Sheffield Transport Department ... 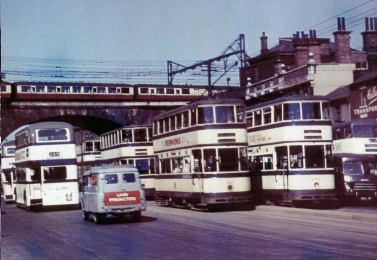 ... and the later SYPTE, we welcome members’ input on neighbouring fleets such as Rotherham, Doncaster, Chesterfield and East Midland. We also have many members interested in Sheffield United Tours ... 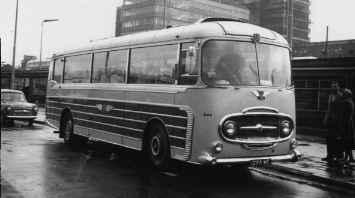 ... and other local coach operators. The commercial vehicles operated in the city are also of interest, as are the locomotive builders who were based here. 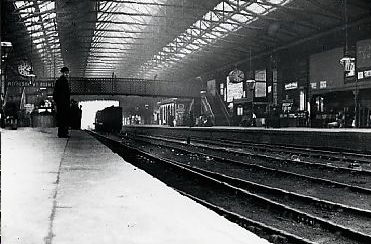 The local railway scene also attracts many to our membership.

There is an amazing amount of archive material within the Group and this, together with members’ reminiscences and articles, forms the main content of our quarterly magazine, "the Journal", which is A4 sized and usually comprises 56 pages. It is published each year in March, June, September and December. Since the Group’s formation, it is amazing how much material has come to light and continues to do so."


Despite the jocular jibe about "sad old men", fbb was really, really (no REALLY!) impressed with the enthusiasm and knowledge of the group. So much so that speaking to them was absolutely terrifying. In the "congregation" were:-

A very senior executive from one of our big bus groups.
A retired timetable expert from Thomas Cook.
An executive from one of the leading map design companies.
Several present and past staff from local bus companies.
A former Traveline input executive.
Publicity officers from two local authorities.
A lifetime expert on the History of Sheffield.
All this in addition to 30 other bus, tram and train experts.

And how else where these experts entertained? 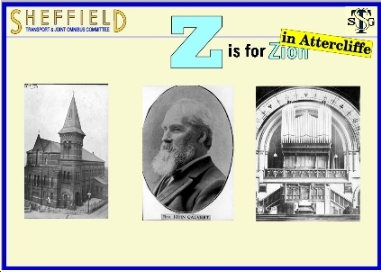 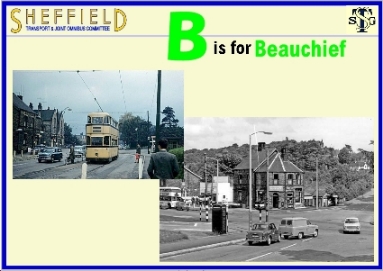 Much to fbb's amazement, the reaction was positive [perhaps they were just being kind?] and the chairman seemed to be suggesting a return visit. Writing this blog after 500 miles' driving (there and back), fbb needs time to think about that one.

But the chubby chappy writes a personal note:-

"Thank you for the privilege of speaking to you all. Particular thanks to those who 'put me right' and corrected errors; and thanks, also, to those who shared additional supportive history and anecdotes. All-round a superbly satisfying but terrifying session for me; hope you all felt it was worth attending."

Next week (Monday to Friday), fbb will be posting a series of five blogs which show, amongst other things, that transport publicity wasn't always better in the "good old days".

These Sheffield-centred ramblings, entitled "Arbourthorne Argonaut", are dedicated to the breadth of knowledge and expertise of the Sheffield Transport Study Group. So, here's a teaser:- 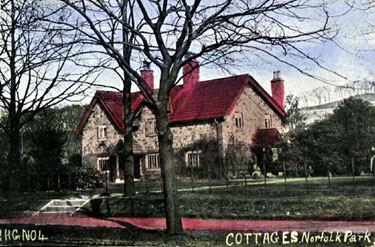 Where are/were these cottages?

300th blog and first EVER full-length talk given on transport matters: what a week!

Back to "old claes and porridge" (as Mrs fbb might say) next week.

Next blog : due Saturday October 8th
Posted by fatbusbloke at 05:36