One of the pleasures of being back "oop noorth", says fbb, is that people seem much more honest. On Tuesday we heard about Gary's "tea bread"; yesterday in a cafe in Sheffield we noticed this notable noticeable notice ... 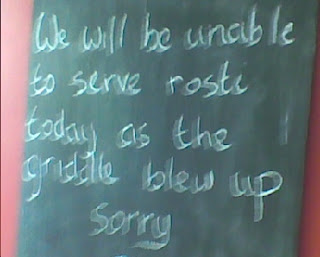 ... not "circumstances beyond our control"; not "technical difficulties" but "the griddle blew up"! Would that bus operators were so honest. They could learn a lot from Cafe 22A, Norfolk Row, Sheffield. 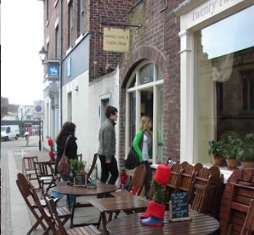 And, more importantly, the leek and potato soup was superb!

A report of fbb's visit to  Sheffield Transport Study Group  yesterday evening will, hopefully, be included in tomorrow's blog. The meeting ended at 2200 last night, leaving the old codger totally incapable of creating a coherent sentence in English. It was, in many ways, a surreal experience.
Today's blog ...
Rainham Ferry did have a ferry! 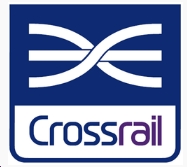 And, spookily, there is a tenuous connection between Rainham Ferry and the new Crossrail. 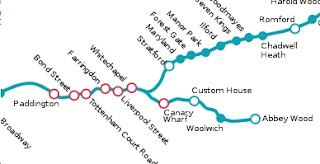 One of the eastern branches is due to terminate at Abbey Wood station (top left on the map extract below). 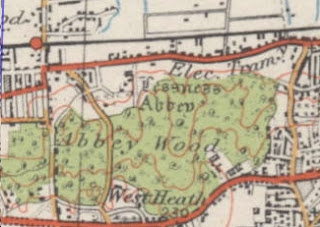 The wood was part of the estates of Lesnes (pronouned Less-Ness and spelled thus in the 1930s) Abbey. 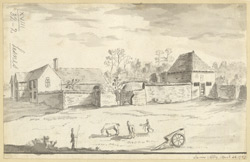 A ferry across the Thames was set up in the 12th century by the Augustinian monks to enable them to reach the church of St Helen and St Giles at Rainham. Richard de Lucy, who was implicated in the murder of Thomas Becket in 1170, built the church in 1160-70. Lesnes Abbey was built in 1178, possibly as an act of penance after the murder. The church at Rainham was given to Lesnes by Henry II at Richard de Lucy’s request; hence the need for the ferry. A plaque on the shore at Belvedere celebrates the link. 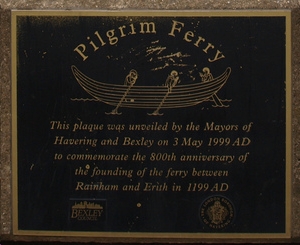 The ruins of the Abbey are still in place. 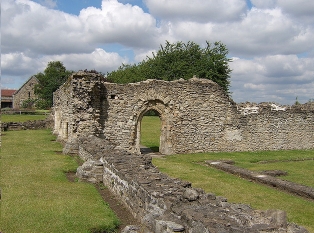 It is not clear how long this route lasted, but a hamlet, called Rainham Ferry, developed. It was also served by the so-called "Long Ferry" from Greernwich to London. 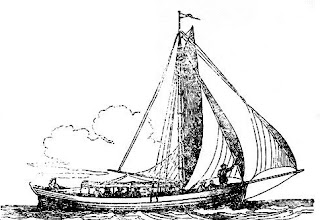 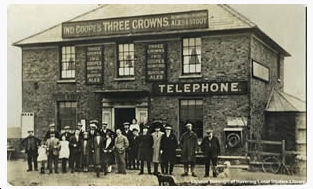 It was a popular Bank Holiday destination for many  years as the queues for teas and alcoholic beverages show. Beer at the top, tea and ice cream  at the bottom. The pic below was dated 1926. 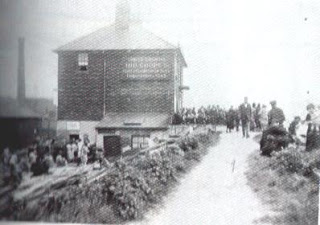 With the development of the railways, the "long ferry" ceased operations, but the hamlet continued to be served by paddle steamer cruises from Tower Bridge to Greenwich and Margate for a few years. The history of these two ferry routes is (to fbb, at least) obscure and not well documented on-line. Perhaps a contributed comment will complete the picture in due course.
Nevertheless, ferries stopped calling but the hostelry remained in business until swallowed up by Murex. No, not a terrifying mythical Dr Who Monster (the final episode pf this years series was aired last Saturday) but a large industrial complex developed on the banks of the Thames and utterly destroying the hamlet of Rainham Ferry. No mention on the 1940s map. 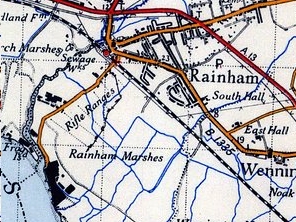 Murex matters mightily in our tale as its workers needed transport to get them from Rainham station to the works. 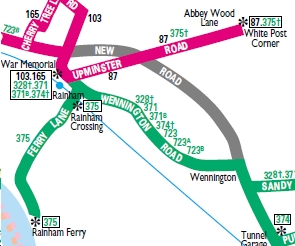