... with the usual SYT mistakes!


To be scrupulously fair, not as many as usual. Optio Orange leaflets were released on Friday 1st July on-line and in hard copy. For the "big change" on July 24th, the cover lists the services included in the scheme ... 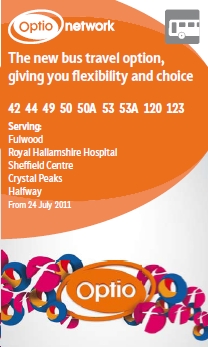 ... confirming that Optio is much more expansive than the very limited scheme in Liverpool. On Merseyside a group of services numbered 14, with assorted suffix letters, run from city centre to Croxteth, where they diverge. "Joint operation" only applies between City and Croxteth. Operators there are Stagecoach and Arriva.
The Sheffield scheme is very simple on the west of the city; it is travelling south east to the Mosborough area that the substantial scope of the network becomes obvious. 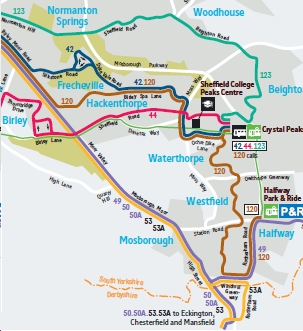 Services 42, 44 and 123 via various routes to Crystal Peaks shopping centre are fully involved.  Service 49, 50 and the two-hourly 53 become part of the scheme when they cross the South Yorkshire boundary, once passports have been checked. fbb sees potential for validity punch-ups there!

But have you spotted the notable exception? The one key Stagecoach service that is EXcluded from the scheme?

To continue, what do you  get for your super co-ordinated money? 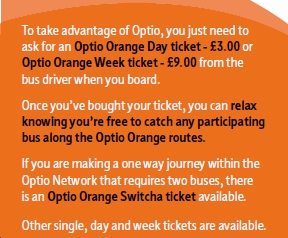 For most passengers, it's simply a one-day or seven-day rover valid on selected routes of both operators. From First's point of view the price is the same as its current route specific deals. Change the title from "FirstWeek" to "Optio".

The bonus is, of course, Stagecoach "joint" availability. You get the 123, an even more (circuitous) route to Crystal Peaks, plus the 50 and 53 "main road" routes to Mosborough village. Stagecoach's present route specific "dayrider" is the same at £3 but the Optio weekly price represents a £1.20 reduction, but again only for these specific routes.
So, after all the hype, the branding and the noble statements from "spokesmen", its not a particularly "mega" change. Indeed, once you need to step "off-piste" and change to another group of services, the lack of inter-availability hits home. There are, of course, Travel South Yorkshire multi-operator rovers, but they are more pricey. 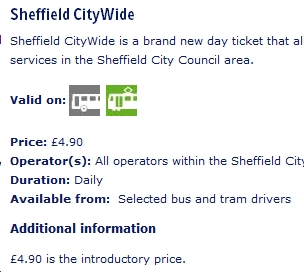 You pays your money and you takes your choice! [phrase from a Punch cartoon, circa 1846] It will be interesting to monitor the "spin" at the official "launch", coming soon.

The most noticeable manifestation of co-operation, however, is with joint service 120. 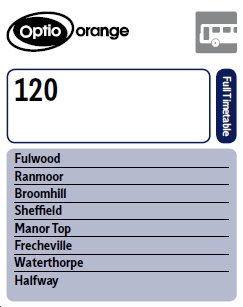 During the day, Stagecoach will run from Hallamshire Hospital to Halfway whilst First operates from Fulwood to Crystal Peaks.  On Monday to Friday each will run every 8 minutes (every 10 on Saturdays)...

but in the evenings and all day on Sundays the frequency is shared throughout the whole route.

Notice the Travel South Yorkshire silliness on the panel above; a 2356 one-off journey to Hallamshire Road. WRONG! They ALL run to Hallamshire Road, this one gets an allocated time only because it happens to terminate there. Silly, as usual, and unnecessarily confusing.

As predicted in "Peace in Our Time" (read again) the extra Stagecoach loop via Redmires Road, the future of which "a spokesman" said was not confirmed, is, of course, withdrawn.

What's missing? Have you guessed what it is yet? Here's a clue! 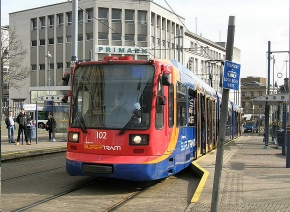 So co-ordination is not complete. There may be good reasons; but are they GOOD reasons? This restriction does somewhat tarnish the shine of what might be an excellent "first effort" scheme.

Will it work amicably or will one or other operator start complaining about lost revenue?
Will confused Crystal Peaks commuters attempt to travel "Optio Orange" by tram?
Will the scheme extend to all of Sheffield? All of South Yorkshire? The whole country? The planet Zog?

Meanwhile fbb and SYPTE need to tackle the big question for those grasping the Optio opportunity. "Help, where the heck is Hackenthorpe?"

** For Pedants : First does not run end-to-end at the moment. Service 40 (City-Fulwood) and 41 (City-Halfway) are separate operations.