And Something VERY Different 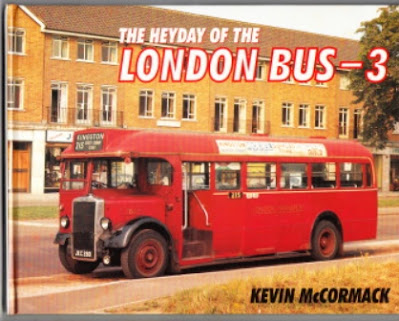 It would be fair to say that the majority of bus books published these days are in the form of "albums" - a collection of photographs sometimes enhanced by descriptive paragraphs, sometimes brief captions. Often they are company based, or fir a particular geographical are, or even concentrating on one type of vehicle,

Occasionally something with a little more ordered history comes along, and glorious it is too. 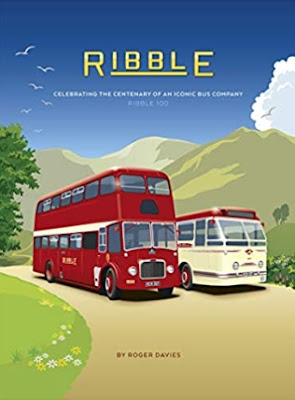 But books that talk about how buses are operated are as rare as pneumocyclic gearbox teeth!

fbb remained a trainspotter for less that two years because he realised, in his arrogant youth, that he did not care much which sort of tin can was hauling the trains, but was much more interested in where they was going and why.

So the old man now welcomes this rarity with open bus readership arms!

It is just possible that blog readers are not entirely familiar with the Cornish version of the gallic language family and, thankfully, the book is not even bi-lingual! The above tag sits temptingly on the back cover.
This is the fifth book from the prolific pen of author, bus man and jolly good egg Keith Shayshutt. 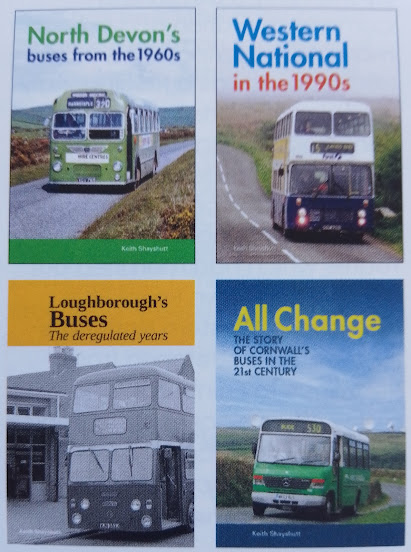 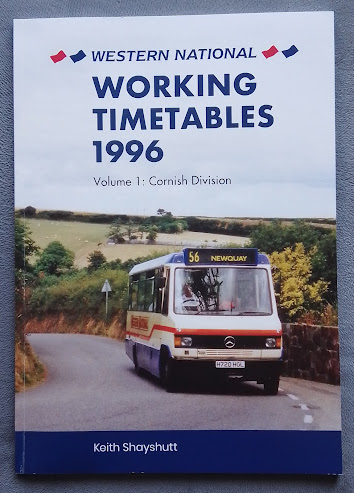 It is surely possible that folk might cringe in horror at what appears to be a dry, "anorak" and geeky subject. 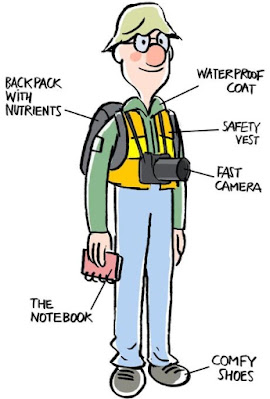 But hold fast there!
The book is packed with a deliciousness which really gets down to the nuts and bolts of how a large regional bus company actually was kept going way back in 1996; and it was before the happy (?) days of universal computer scheduling, sat nav supervision and "its all on line" disaster mongering.
The philosophy of Western National in 1996 is ably described by Mark Howarth (a former WN manager) in his introduction to Keith's book. 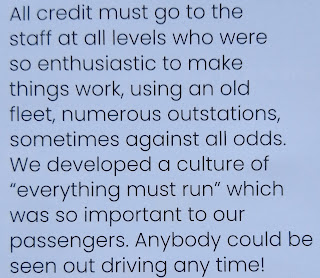 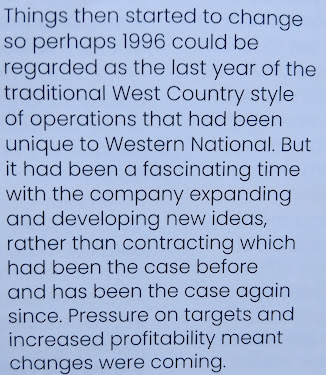 The big change was the merger of Badgerline (owners of WN) with Grampian to form First Bus; and thus the replacement of local "proper" management with Aberdeen HQ diktat.
So 1996 is a good year to write about.
If you are a traditional bus enthusiast, with knowledgeable interest in vehicles being your priority, you should buy this book because it will be a real eye-opener. But to keep you happy, Keith begins with an overview of The Fleet. 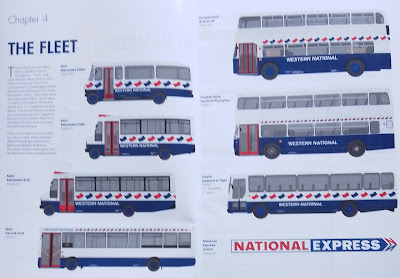 In 1996 WN only had TWO Olympians.
Then come some financial revelations. We very rarely read about such important topics, even retrospectively. Modern catch-all but meaningless phrases like "the service is not performing up to expectations" are the best today's bus operators tend to proffer.
This pie chart is fascinating. 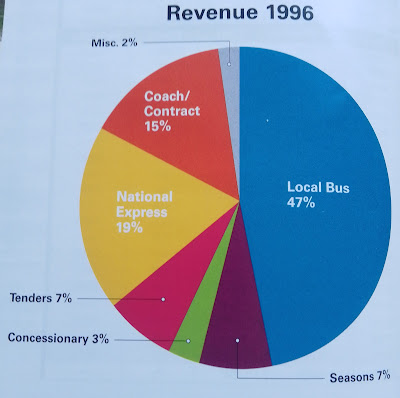 You do wonder how a similar display for the company today would look.
Then there is a massive table entitled "route statistics". It is too big to reproduce for this review, so buy the book and explore it in detail.
Two columns are particularly interesting. 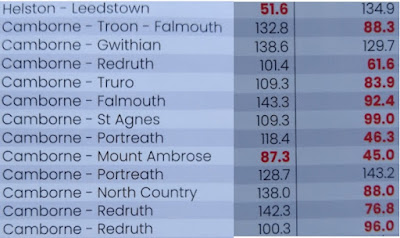 The left hand column of figures shows the profitability of each route, where 100 would be break even. In 1996 a remarkable number of routes was profitablr - but presumably not profitable enough after First Bus' policies were applied hence later retrenchment.
The right hand column is a measure of the seasonality of the route(s). 100 would be no change from winter to summer. So most of the "local" routes from Camborne do worse in the summer than the winter. Odd?
Overall the company did over 35% more business in the summer.
Again, it would be interesting to see comparable figures for today's business where services were mostly unchanged from their 1996 equivalent!
TO BE CONTINUED TOMORROW
Oxford Oddity
Meanwhile, this popped up on Twitter. 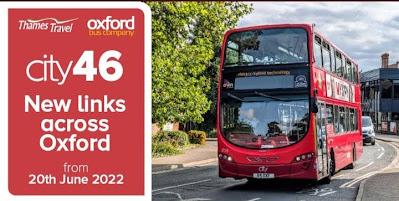 fbb was a bit flummoxed by the news, so wanted to find out more. Currently a service 46 is operated by Thames Travel, a fellow GoAhead company.

It runs hourly on Monday to Friday only. 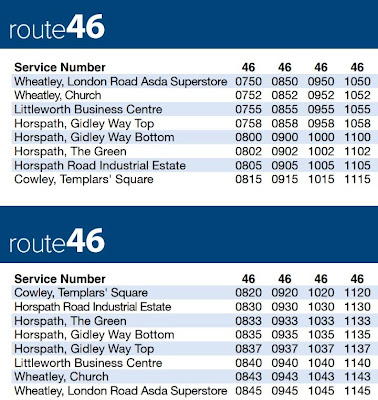 It runs from the "town square" at Cowley, ending up at ASDA at Wheatley. The on-line route map is rather minimal.

But from 20th June something strange happens to the 46.
Firstly it transfers from Thames Travel to Oxford Bus. Usually routes move the other way.
Secondly it is extended at both ends; to start from Oxford city centre ... 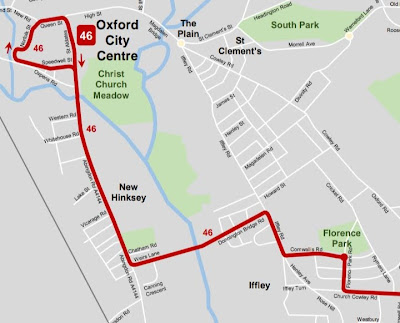 ... and to continue from Wheatley to Great Milton. 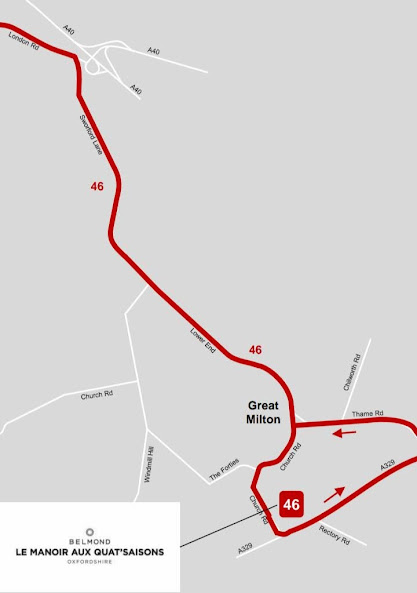 Thirdly it runs hourly seven days a week and on into late evening! 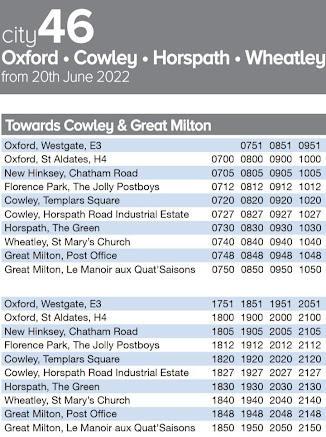 Its terminus at Great Milton is given as "Le Manoir Aux Quat'Saisons" which is a hyper-posh hotel and restaurant at the aforementioned Great Milton. 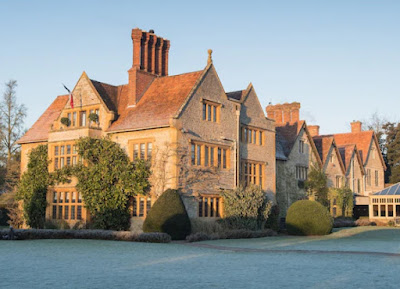 But you might need to stop for chips on the way home after your dinner! 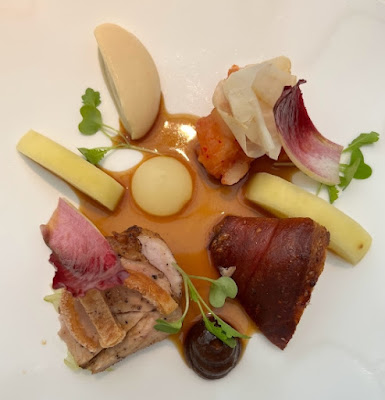 The implication is that Le Manoir has sponsored the massive improvement in this bus route. But why?
Will head honcho Raymond Blanc and his many colleagues be commuting in from Oxford on route 46? 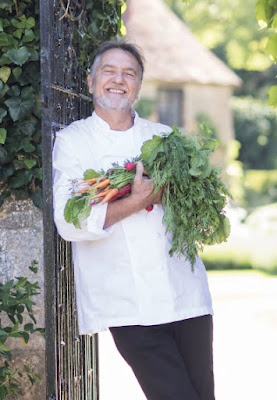 And, after an evening of fine dining (a k a small "pretty" portions of food), will the formally dressed clientele be queuing to go home by 46 bus? 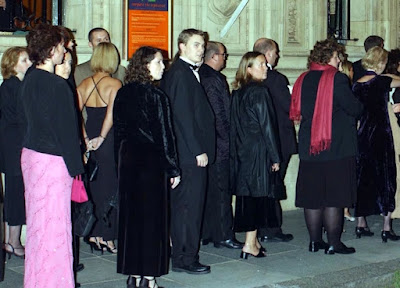 The last bus from Oxford seven days a week is at 2351, the last departure from the gaff is at 0100.
Strange?