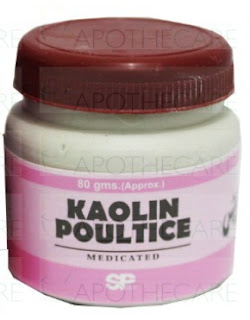 A childhood fbb remembers with horror having acquired a swollen knee via some short trousered interaction with something very hard. "What you need," said a doting and concerned mother, "is a kaolin poultice!"
Whereupon a bowl of hot stinking cement arrived to be spread on the unfortunate joint. The traumatic memory remains of himself protesting with screams and tears and, after several attempts the gunge was not applied.
The swelling went down overnight and normal service was happily resumed poultice-less the next day. The idea was, it transpired, that the hot polyfilla would "draw out" the cause of the swelling.
The child never found out if it might have worked! It probably never did.
Carrying Creamy Clay.
Kaolin is also known as  china clay. 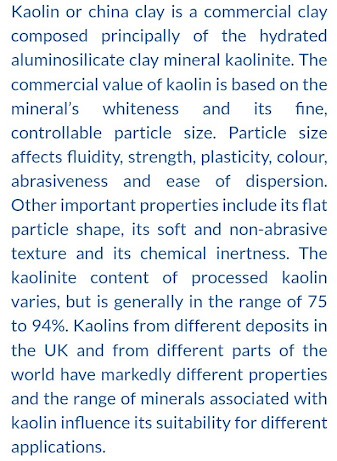 It is used in the production of paper. 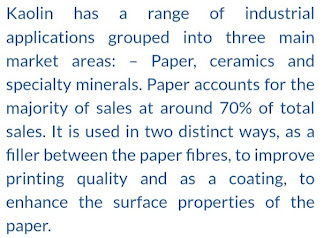 China Clay is dug up in Cornwall and there are some big paper mills in Scotland. So china clay slurry (the thickness of double cream?) needs to be transported from clay pit to paper factory.
Once the tanks wer quite small ... 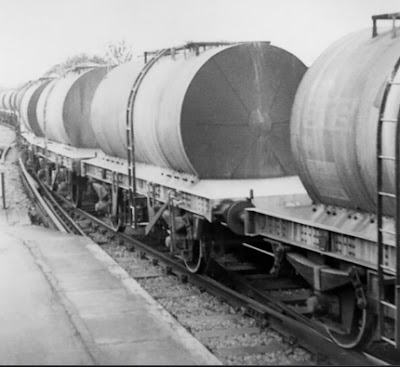 ... and Hornby sold a reasonable model. 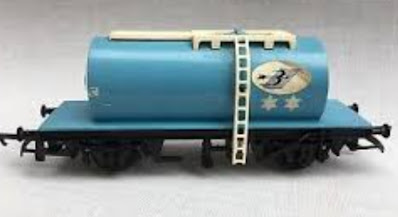 In recent years they have growed! Those nicknamed "silver bullet" were shiny stainless steel bodied. 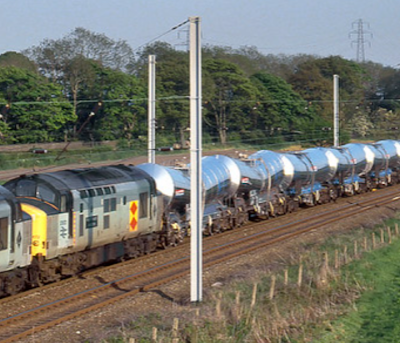 But they rapidly became dirty ... 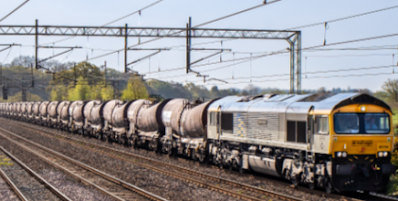 ... and then utterly filthy! 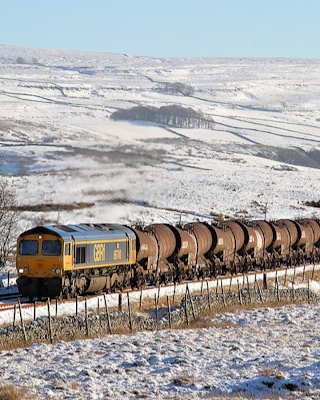 fbb's model was of the shiny version ...

... so shiny that it was difficult to photograph.

Dapol's delightful detail is drop dead delicious. There are lots of coloured wheels and bits ...

... including that microscopic green-yellow-red filler gauge ...

... and the shiny pipes below the solebar. Exquisite. The access to the filler atop the tank is beautifully formed ... 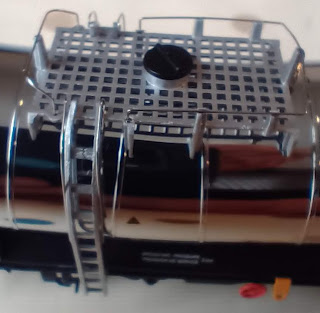 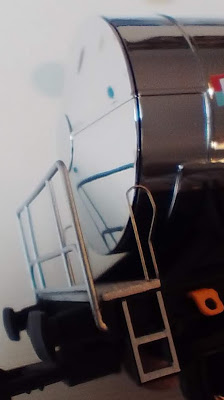 ... and the steps and handrail at the other. 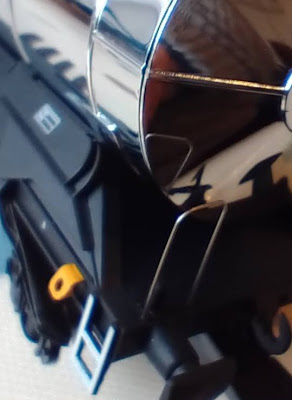 As with the TEA wagon, also recently bought, the lettering is minute but legible if you are carrying your portable microscope.

The name on the tank side is neither the quarry company nor the paper company! 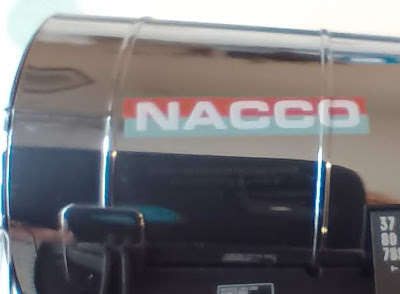 NACCO Industries, Inc. is an American publicly traded holding company, headquartered in Cleveland, Ohio. Through a portfolio of mining and natural resources businesses, the company operates under three business segments: Coal Mining, North American Mining, and Minerals Management.
Originally the North American Coal Corporation, the bit of the business named on the side of the tanks refers to their "minerals Management" operation. If you want your minerals digging up, processing or transporting, NACCO will do it for you - all you have to do is pay!
fbb is well chuffed with his wagon and eagerly awaits a modelling company's version of the later parallel sided kaolin slurry tanker ... 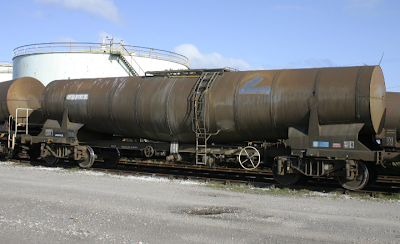 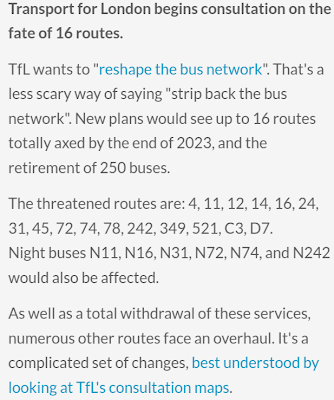 Note the eclipsed night services as well! fbb reckons that there is no chance whatsoever of getting this "carnage" through "the consultations process" by the end of 2023.
Puzzle Picture
The setting is the GWR main line along the sea front at Dawlish ... 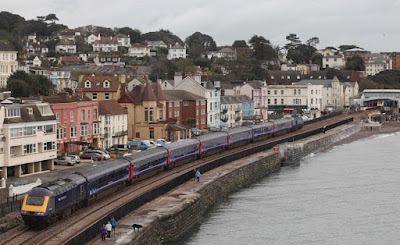 ... but AFTER the major rebuilt now pretty much complete. 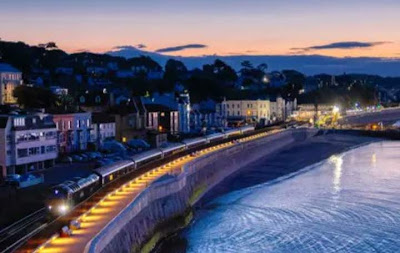 The train is the First Rail Night Riviera from Paddington to Penzance. 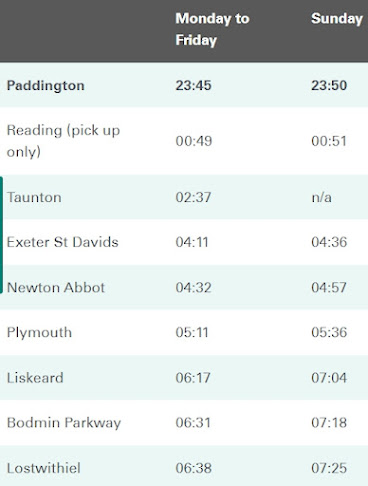 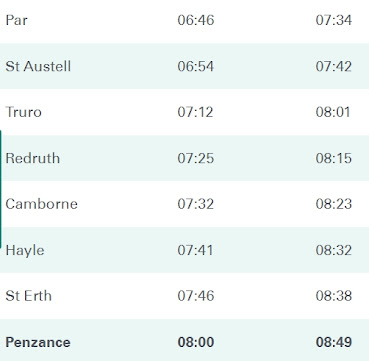 The sleeper does not stop at Dawlish (it's between Exeter and Newton Abbot), so this passing shot was taken at about 0420.
Thanks whoever twittered it!
Pentecostal Progress.
A lame man begging ... 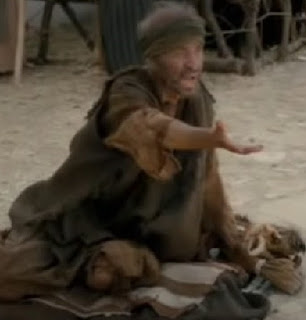 ... with a response from Peter, one of those who experienced the Holy Spirit's empowerment. 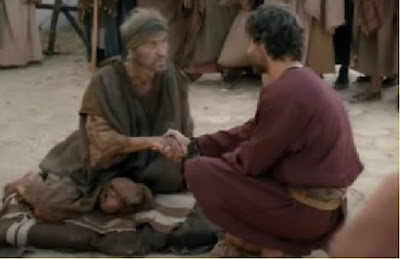 There is a so-called children's song, equally entertaining for adults, which tells the story with Biblical accuracy.This event was recorded by Luke, a doctor, who would know the difference between a malingerer and the genuinely disabled!
Then there is another question. Would this "gift" of the "Holy Spirit" have an effect on the disciple's lifestyle?
Next Mini-blog : Tuesday 7th June
Posted by fatbusbloke at 02:00