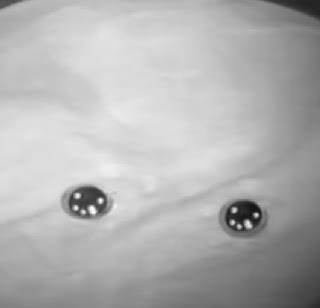 If you are really ancient (like fbb) you may remember Sir Lawrence Bragg giving Royal Institution Christmas Lectures on the old steam driven telly, possibly as long ago as the late 1950s. In one of them, he places two ball bearings in a tray of sand and, before our very eyes, they sink only to be replaced with ping pong balls which float to the surface. 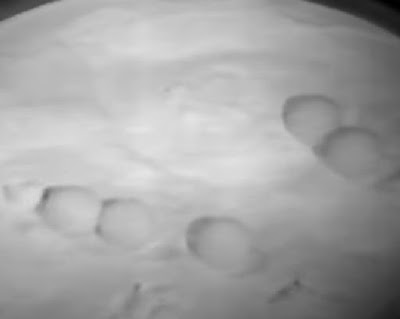 Remember it was good old 405 line black and white back then! Here is a still of the prof playing with a toy boat on his liquid sand! 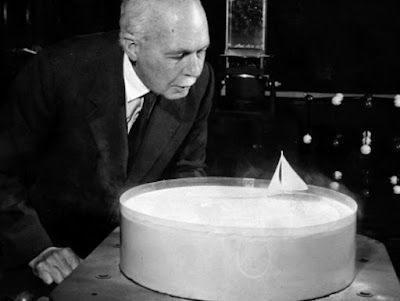 The process is called Fluidisation. And here is a more up to date video showing it happening.fbb is sure that you knew all that But it does have a connection with railways and railway modelling as we shall see later.
Such anticipatory excitement in a humble blog!
By Air In Mexico CityIf your Spanish is as bad as fbb's, you may struggle with the above video. In essence it tells us about Line 1 of the Mexico CableBus. 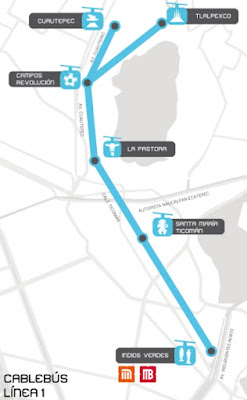 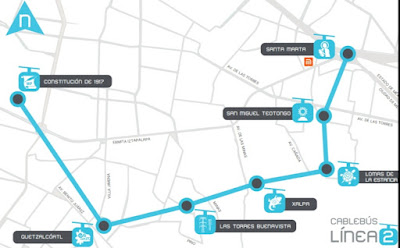 fbb's Spanish is insufficient to struggle with technological terms (like dog, bread and bus) so he guesses how it works from photos. 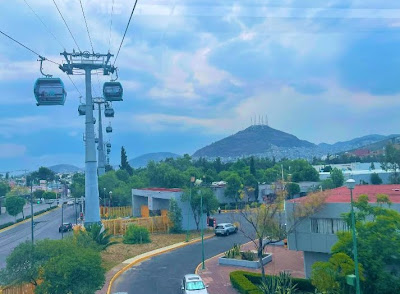 The system is pretty standard, but with multiple stations where cars are unhooked automatically from the main cable ... 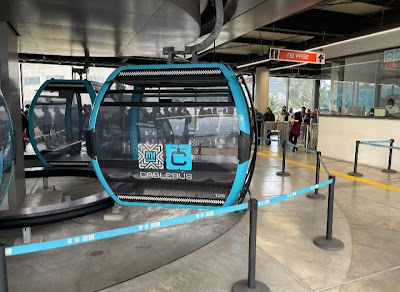 ... and chunter round a sort of roundabout thing where folk hop on and off ... 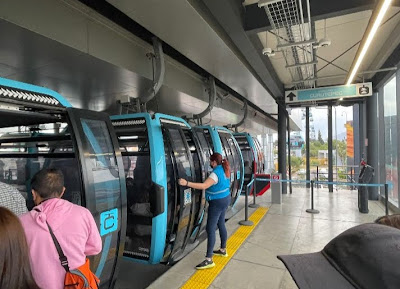 ... before being hooked back on to the main cable and zooming off into the wild blue yonder/ 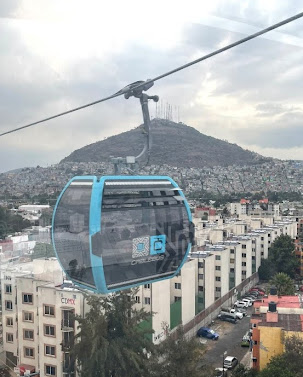 A great way to travel across the city!
Enjoy The View!
Another of our British railway bargains to enjoy. A pre-booked window seat with a table ... 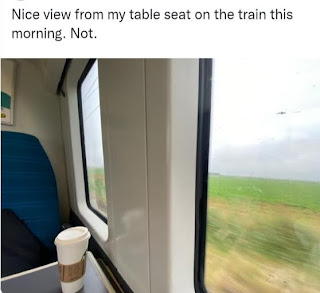 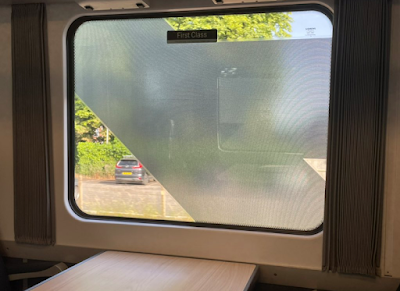 ... and viewed from outside. 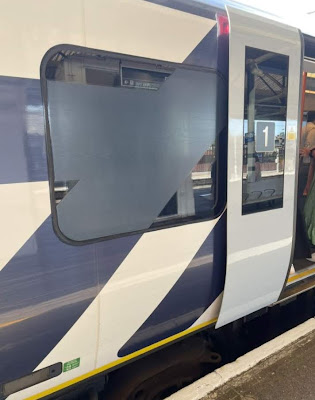 It is, you understand, a special wrap encouraging support for "key workers" ... 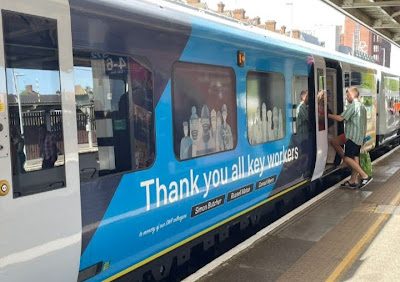 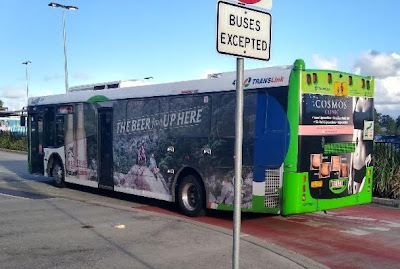 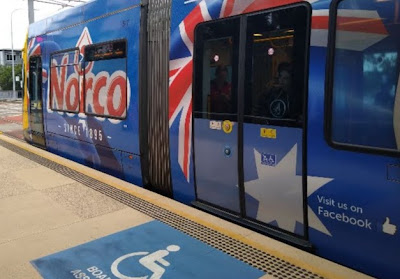 .. in Australia well plastered so folk can enjoy the view! Of dots.
Excellent Printed Publicity from First Kernow 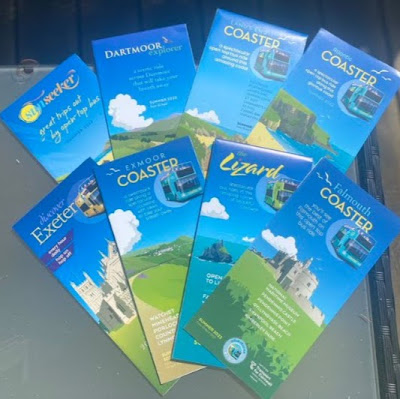 Superb leaflets for the wide range of (mainly) open top servicers in operation in the West Country.
This is how it should always be.
Rubbish Publicity At Southend
Twittered by the Bearded Bus Beautifier from the Bush is this picture of a display frame at Southend's "Transport Centre". This is the town centre bus station ... 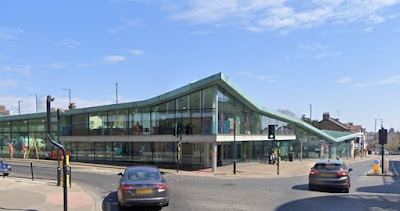 ... which, following the modern rules of bus station design ... 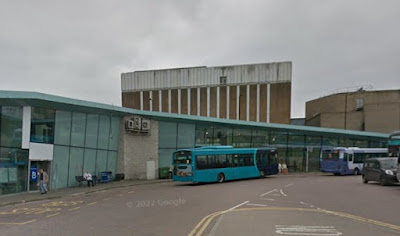 ... isn't big enough. So you have to have a poor quality annexe just up the road. 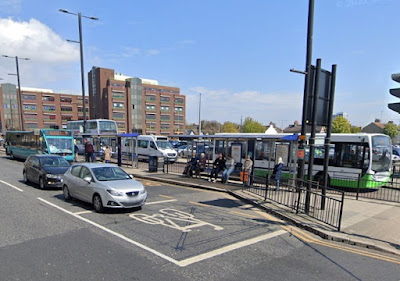 Anyway, inside the main building and backing on to these Mr Blobby "art installations" ... 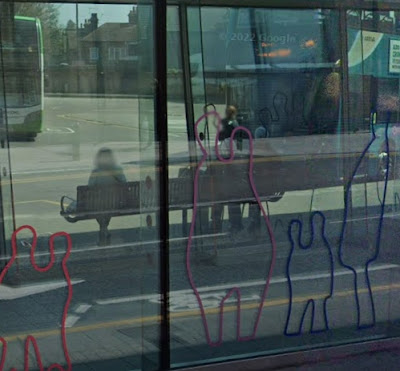 ... is a selection of information boards; one snapped by the affable and ebullient Mr Stenning (or a chum?) 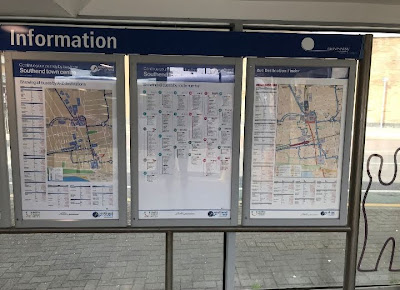 There are TWO town centre "where to catch your bus" maps. The one on the left ... 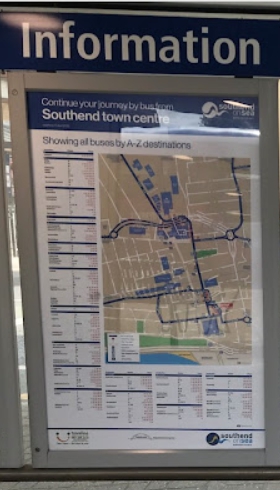 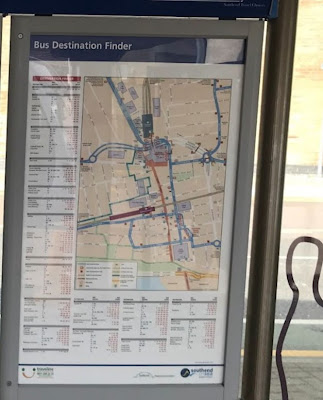 ... is dated 2017.
Crackpot and utterly unhelpful to the bus passenger!
Cementing A Long-Term Friendship 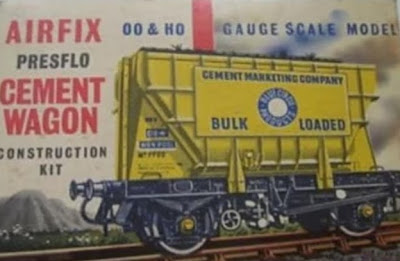 When fbb was nobbut a spotty teenager he was excited by Airfix model railway kits and bought the above for two bob. It was bright yellow and came fully equipped with multiple transfers. As you can see, it was called a "Presflo" wagon.
Air pressure made the cement flow like water (see above) making it easy to pump the powder powerfully through pipes into and out of the wagons. In the good old days, cement was usually transported in sacks in ordinary goods wagons. 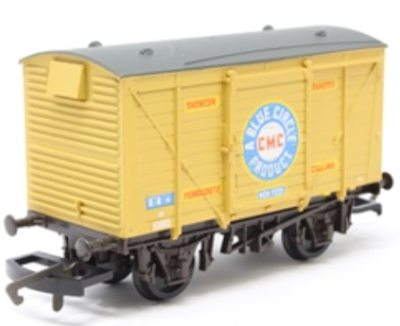 Even further back, according to Hornby O gauge tinplate ... 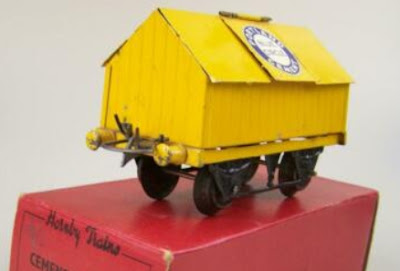 ... the stuff was shovelled out manually or using somer kind of mechanical shovel.
Hornby Dublo added a Presflo wagon to its range ... 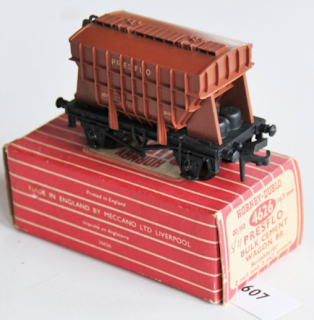 ... which eventually migrated to Wrenn and then Dapol. Bachmann's version was the most detailed ... 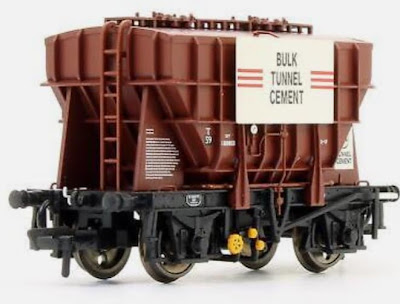 ... even reproducing the "small print" on the real thing. 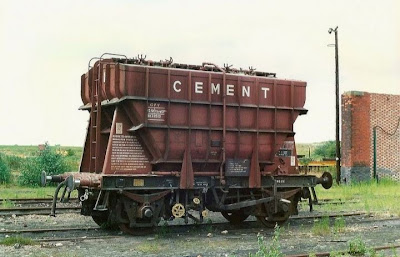 But there is more to the fluidised cement story coming tomorrow.

Next Variety blog : Tuesday 21st June
Posted by fatbusbloke at 02:00