Have You Heard Of Hatton (2) 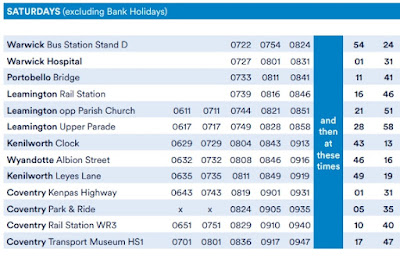 Looking up Hatton on the sainted Traveline, you get a list of a dozen services most of which go nowhere near Hatton. The X17 (above) would be useless for ANY journey to Hatton! 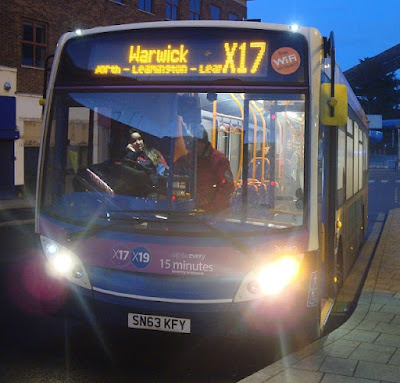 But Traveline indexes it fir passengers aiming to travel to Hatton. Nuts!
It also proves the conjecture that most on-line information is only easy to find if you already know the answer. If your search is diligent (and long and tedious) you might find the 510. 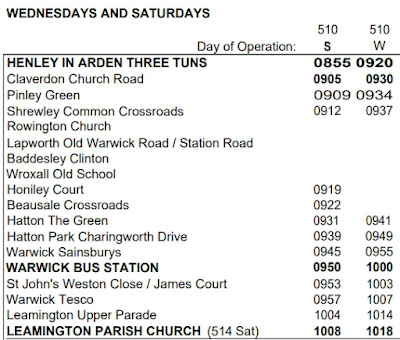 It is operated by Flexibus ... 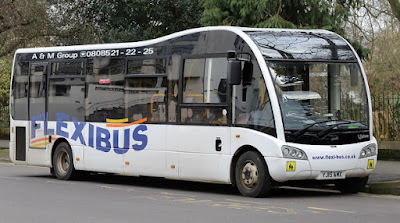 ... but the timings are such that it is only aimed at those going IN to Warwick and Leamington Spa for shopping and then back a while later.
But if you are brave enough to try Traveline's journey olanner, you get this ... 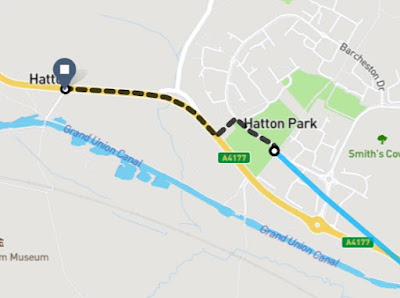 You will find that it is operated by Stagecoach and a tootle to their web site reveals an unhelpful network map with the route to Hatton disappearing tantalisingly off the edge.

But, again only of you know where to look, he map called "Leamington and Warwick Megarider PLUS" is what you need. It shows a passable diagram of servicer 16 to Hatton PARK (not Hatton) ... 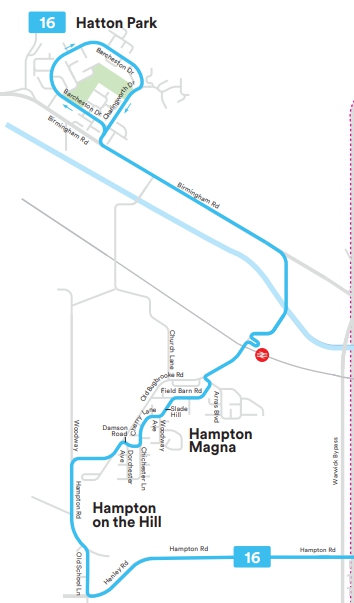 The route diagrams are simple, but, certainly for services to Hatton Park, the timetable is NOT! To help blog readers fathom it out, fbb has joined outward and return halves at Hatton Park. The join is not always perfect from a timing point of view, but it does make the complexities a little easier to unravel. 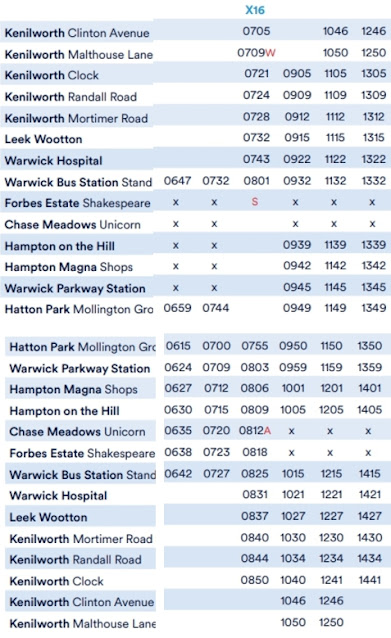 And the second half of the day. 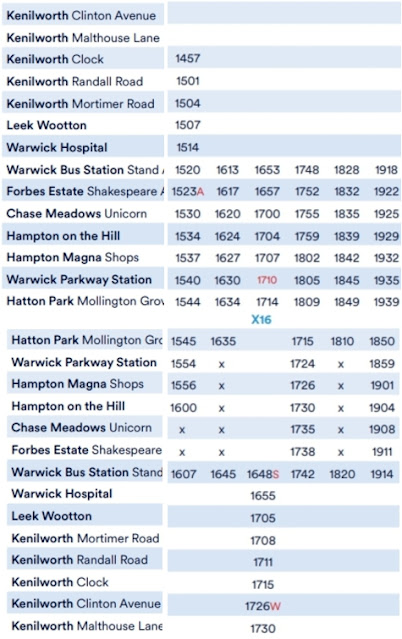 It is no wonder loadings are low!  But you could, with a perceptive eye, leave Hampton Magna at 1802, travel VIA Hatton Park, and be in Warwick at 1820. Hatton Park, by the way, as an area of new development ... 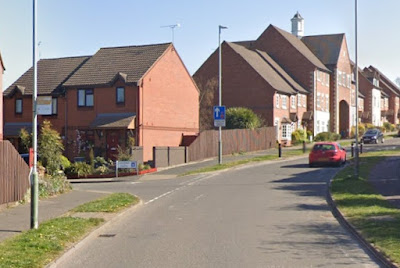 ... that looks rather car orientated.
But as our headline says, it is all on-line so must be right.
Oh dear!
More tomorrow.
Persecution, Torture And Death 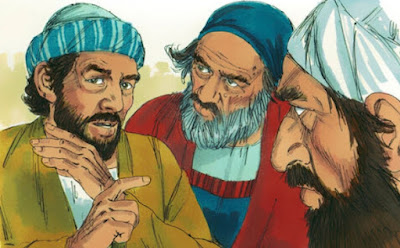 Not everyone appreciated the new-style faith of repentance and forgiveness from a risen saviour, even if He was fulfilling old testament prophesies of the Messiah. It was too radical, too personal for the Jewish establishment.
Stephen's sermon went down like the proverbial lead balloon.
“How stubborn you are!” Stephen went on to say. “How heathen your hearts, how deaf you are to God's message! You are just like your ancestors: you too have always resisted the Holy Spirit!"
As the members of the Council listened to Stephen, they became furious and ground their teeth at him in anger. But Stephen, full of the Holy Spirit, looked up to heaven and saw God's glory and Jesus standing at the right side of God. “Look!” he said. “I see heaven opened and the Son of Man standing at the right side of God!”
With a loud cry the Council members covered their ears with their hands. Then they all rushed at him at once, threw him out of the city, and stoned him. 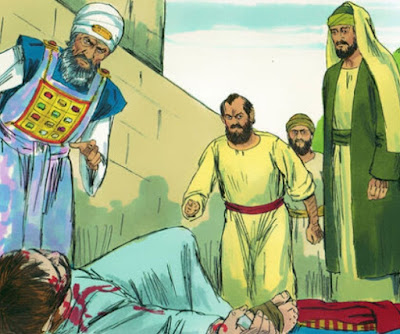 You have to be VERY convinced of the reality of your faith (or very delusional) to face this sort of treatment. It is always easier just to keep quiet! But thousands today suffer a similar fate year by year, generally ignored by Governments and the media. 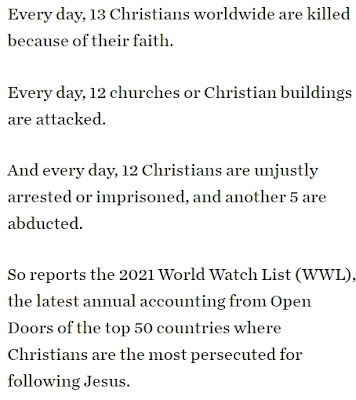 And back with Stephen ...
The witnesses left their cloaks in the care of a young man named Saul.
Now whatever happened to him?
Next Variety blog : Thrsday 9th June
Posted by fatbusbloke at 02:00