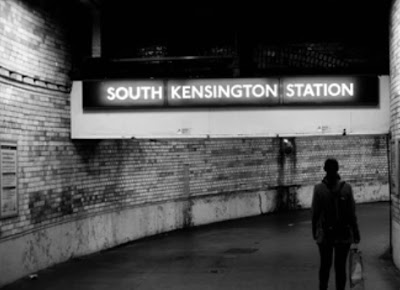 fbb must confess that his knowledge of life outside South Kensington Underground Station is less than nil. Invariably a tube journey has led to a walk along the creepy tunnel to the Science Museum. 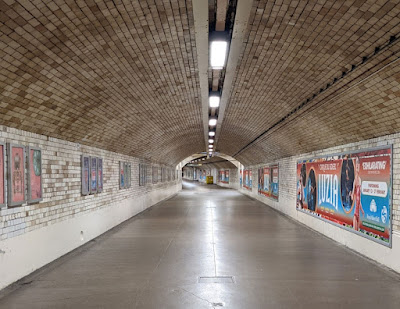 It's probably got better lighting now!
So news that a scheme for a major redevelopment at the station were being revised after initial planning permission refusal provoked the elderly one to take a look around.
So, where are we?

The station is served by the "sub surface" District and Circle Lines with big S-Stock trains ... 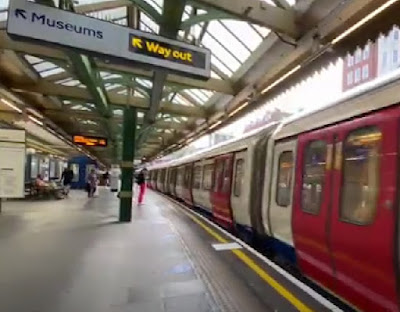 ... and, at a lower level, with proper tube trains on the Piccadilly Line. 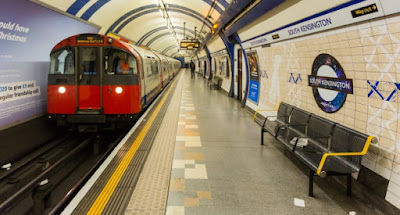 The current (?) on-line Underground map shows that the Piccadilly platforms are currently closed for refurbishment.

Only they aren't. They re-opened on 1st June! The main work has been to instal new escalators but step-free access is planned "for the future".
There are big plans for the main sub-surface station which will include improvements to the booking hall ... 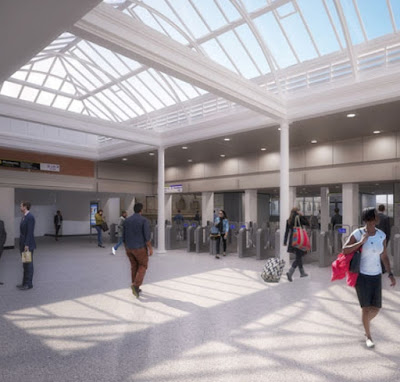 ... with the creepy pedestrian tunnel entrance shown on the left. fbb guesses that the tunnel will remain creepy even if the entrance looks a bit better!
There will be yet another re-jig of the station with the old eastbound platform ... 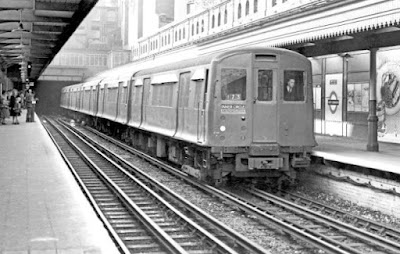 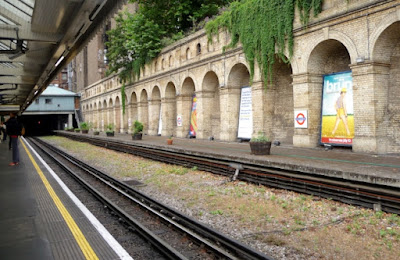 ... being brought back into use to create additional space for westbound passengers. 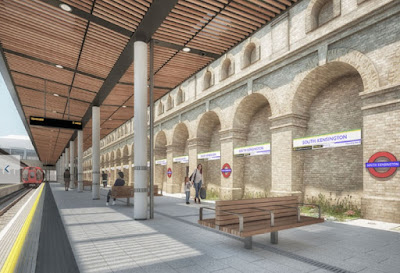 Access to eastbound trains from the former island platform will be prevented by a substantial fence! 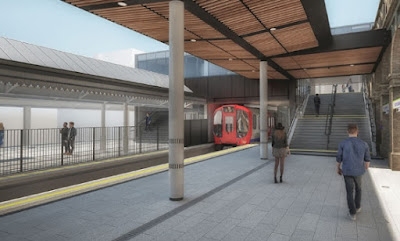 Here is an old plan of the station ... 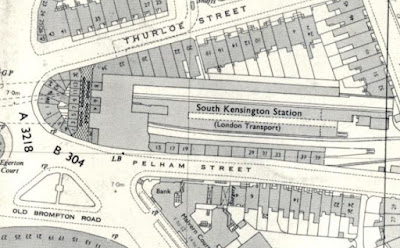 ... and a Google Earth picture from a similar angle.

Noye also that there was once a bay platform in the middler of the two roofed sections. 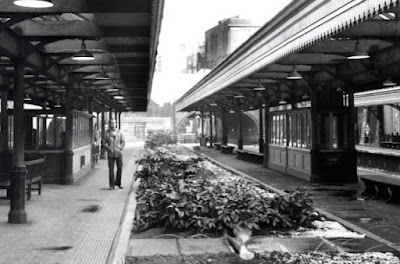 If you are confused, then here is the original layout of the station ... 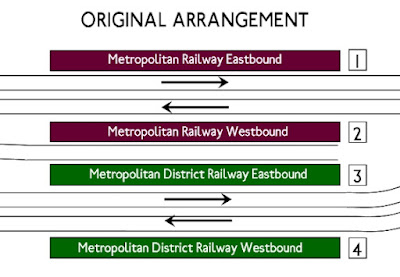 ... with separate platforms for Metrtopolitain and District Line trains. Confusing, eh? The current layout (with a simpler island platform) ... 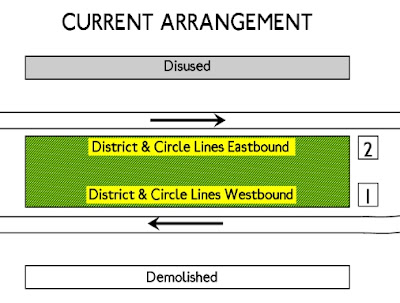 ... shows the disused eastbound access due to be reinstated, and the demolished westbound platform which will feature in tomorrow's blog. 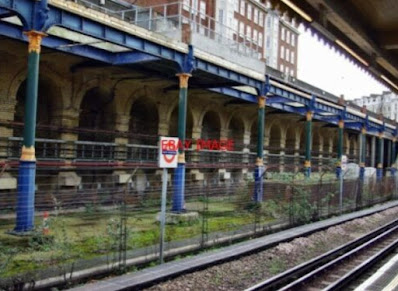 The road up above is Pelham Street. with just a boundary wall between station and street. The block peeping through the old canopy is pictured below. 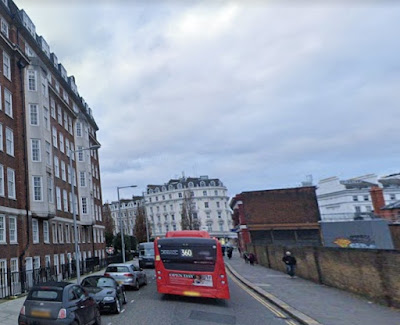 TO BE CONCLUDED TOMORROW
Rail Strike Snippets - From Harrogate 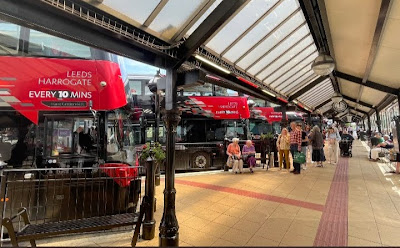 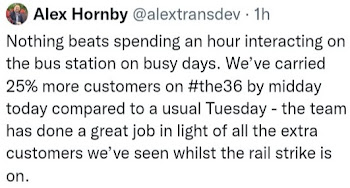 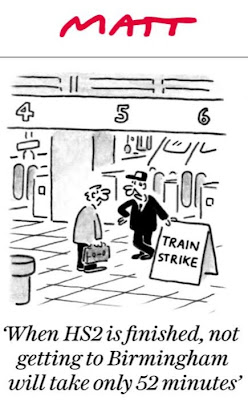 P.S. Corrected later in yesterday's blog; fbb's comment about his local parliamentary by-election SHOULD have dated it for Thursday and NOT today!
Next South Kensington blog : Thursday 23rd June
Posted by fatbusbloke at 02:00