Standard Practice - Make It Too Small ... 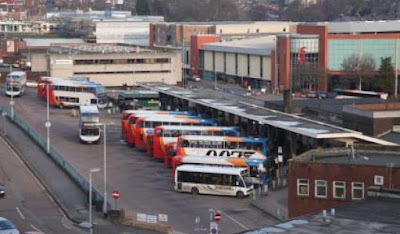 ... and, while you are at it, build it further from the shops! It is called "transport planning", a skill which is learned at conferences and seminars throughout the country. The old bus station (above) was tired and in need of a make-over; plus it was barely big enough for all the services that used it. so, to make more money out of development, the city has built a bus station that is very much too small.

But a cunning plan contrived to overcome the size problem. By some miracle of "negotiation" Stagecoach has banished all other operators including National Express, presumably in return for agreeing to run the shop for nothing.

Despite this it is still too small, as fbb found last Saturday on his first visit.

So let us take a look round/

There are toilets which were costly, but the machine is busted, so now free - as they should be. 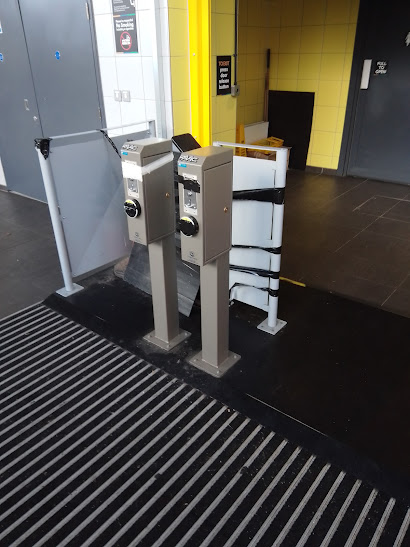 Whilst there was no caff within the old bus station, there was one attached, as it were. 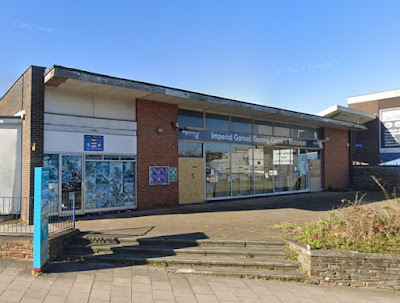 It doesn't look like it is selling too many bacon sarnies now! Its replacement is two slot machines ... 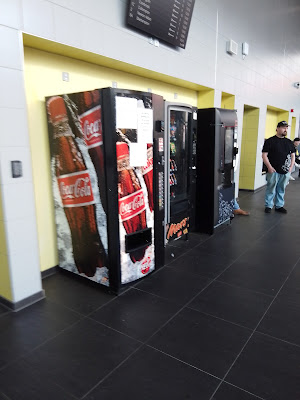 ... and with no convivial seating area.
The old bus station had an excellent enquiry office, staffed with knowledgeable people. Inside the hallowed portals were racks of all operators' timetables and a large network wall map - on the wall. Even when the office was closed ... 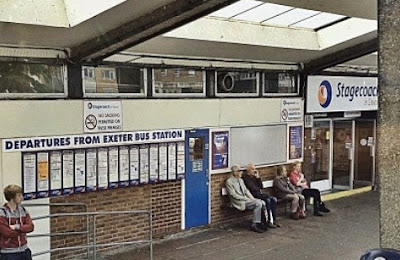 ... all the timetables were displayed in frames in the back wall. It was good!

When fbb visited the shiny new facility, there was still what might be called an enquiry "office" (large cupboard) complete with a posh desk, but without any staff. Amazingly there were racks and racks of leaflets for enquirers to grab.

Let us see what was on offer. One rack was packed with Falcon leaflets ... 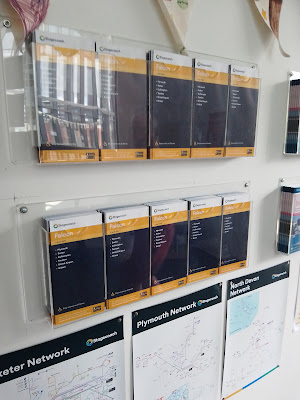 ... but Falcon does not come in to central Exeter and there was no explanation of where to go to find it. Then there were lots of leaflets for Stagecoach Open Top services ... 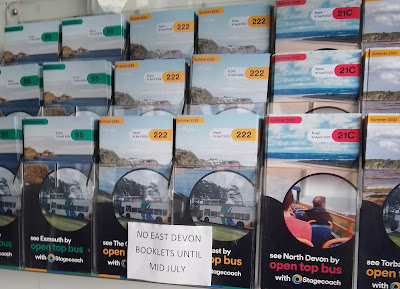 ... none of which runs in Exeter.
Then we have three racks full of "guides" to Stagecoach services in North Devon ... 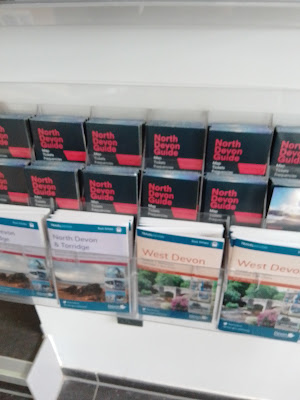 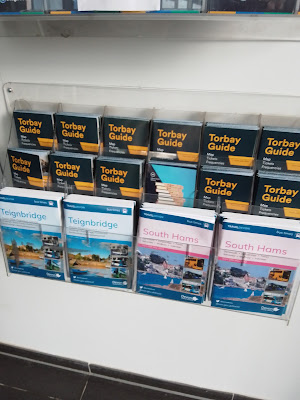 ... and Stagecoach in Plymouth. 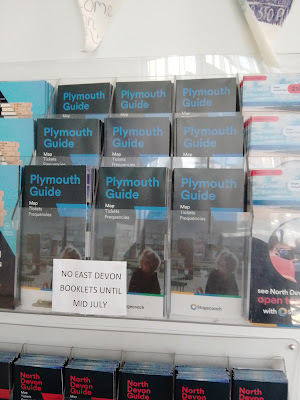 fbb will refer more tomorrow.
Also there are the excellent Devon County booklets but, we are told, the East Devon area book will appear "later in the Summer".
So it is really good to see lots of information for services that do not come anywhere near Exeter.
Now, let fbb think for a moment. Surely there is something missing? Now what might it be?
Yes, fbb has just remembered.
There is absolutely NO INFORMATION about ANY BUSES that run from the bus station OR information about ANY BUSES on the Exeter City network.

Appalling is far too nice a word to describe the utter insult to existing and potential customers. Stagecoach should hang its corporate head in shame.

But there is another problem. Remember that other operators' services and National Express have been banished to join Exeter City routes stopping in nearby streets.

But where do they stop; how does a passenger find them?

The ONLY information about "other services" is shown below. 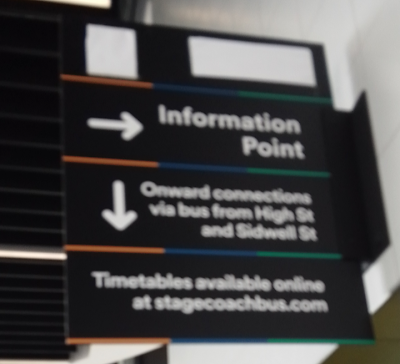 Sorry it's fuzzy but fbb's hands wer shaking with apoplectic rage. It reads "Onward connections via bus from High St and Sidwell St." If the downward arrow pointed to anything, fbb did not find it.

There is absolutely NO INFORMATION about ANY COUNTRY BUSES that run from elsewhere OR for National Express OR information about ANY STAGECOACH BUSES on the Exeter City network.

Appalling is far to nice a word to describe the utter insult to existing and potential customers. Stagecoach should hang its corporate head in shame.

But It gets worse

Although no official announcement has been made, the reason for the delay in the issue of the East Devon timetable book is becoming clear. 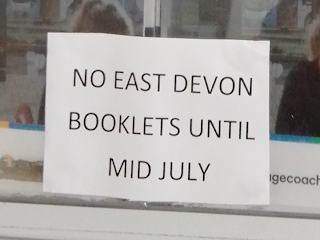 The cut backs are coming from July 30th and swingeing cutbacks they are.

fbb's local service, the 9A, extended from Seaton to Lyme Regis a few years ago, is to terminate at Seaton. The Lyme Regis section is withdrawn.

In passing, Colyford is to the east of the junction on the Lyme Regis section, not as shown.

Two Exeter City services will be withdrawn, apparently without replacement. 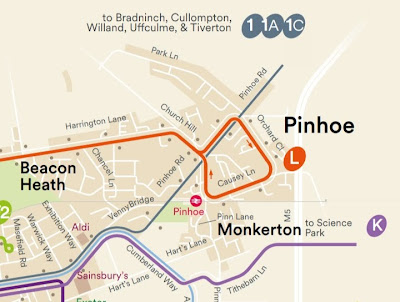 The L to Pinhoe and the K to Monkerton and the Science Park are totally withdrawn.

From August this will simply be a local servicer to Cranbrook (map far left) leaving Ottery St Mary, Honiton and Axminster bereft of their services to Exeter and each other. This is a big big cut.

So Devon County is scrabbling about down the back of the sofa to find enough money for tendered replacements - hence the delay for the book. Whatever the outcome, it will be grim for passengers.

Build Buses Back Better is now a very sour joke!

Sadly, these withdrawals will not alleviate problems at Exeter Bus Station - of which more tomorrow.