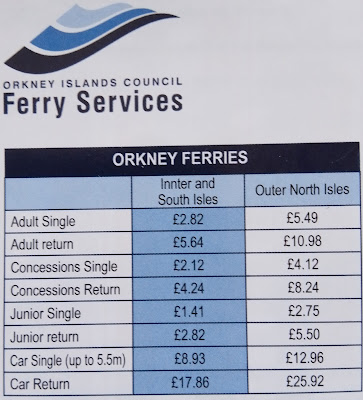 The fares seem ludicrously cheap compared with either Scottish mainland or English ferries (i.e. Isle of Wight) but they they are vastly subsidised.
The destinations further north ... 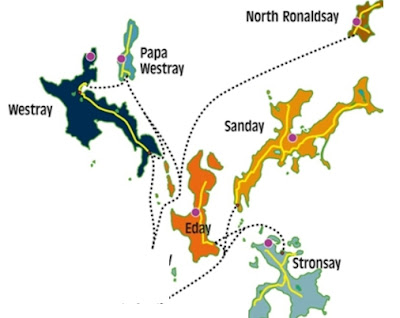 ... are, as you might expect, more expensive.
And a few screenshots of a sailing at Papa Westray (called "Papay" by the indigenous and long-term residents). 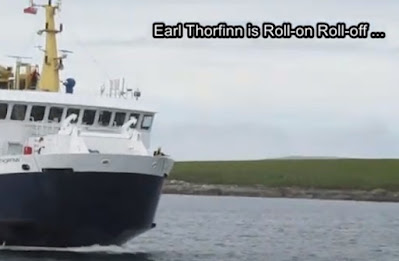 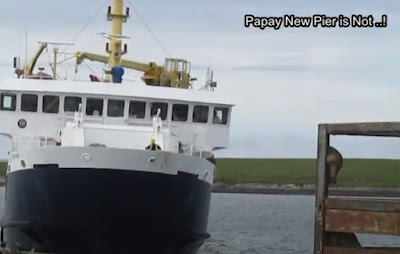 So everything has to be craned on or off ... vehicles ... 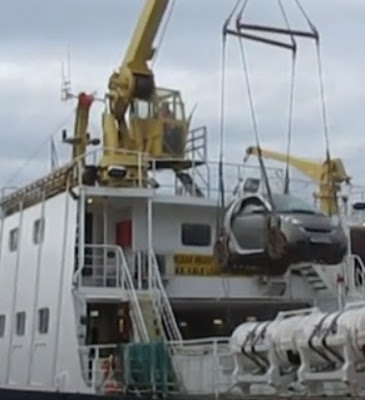 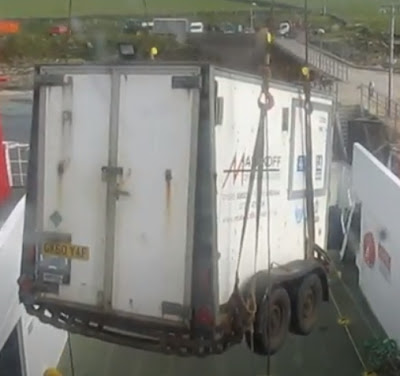 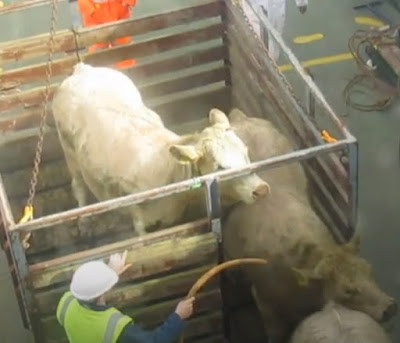 These beasts don't just stand around on the deck enjoying the view; in fact they do not have a view from their special pens! 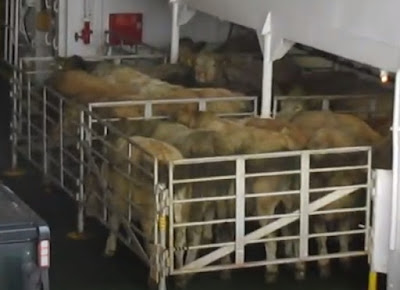 No doubt they can amoose themselves on the sail to Kirkwall. GROAN!
Getting Around By Air
But if you want to get around the islands more quickly, the plane will take the strain. Like the ferries, it nips about on a daily but varied cycle - below is Thursday. 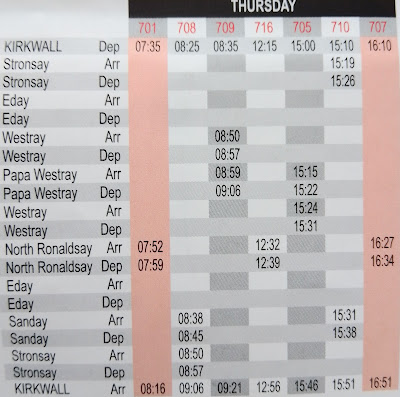 North Ronaldsay gets three trips - but beware; the pink shaded journeys have a health warning. They fly "in the hours of darkness" and may be retimed if either plane or pilot is not "passed" for night flying.
But note the scheduled flight time between Westray and Papa Westray. Although the timetable allows two whole minutes, the flight can take even less. It is certainly the shortest air trip in the UK but some observers suggest that it is a WORLD record.
The two air terminals (?) are not far apart ... 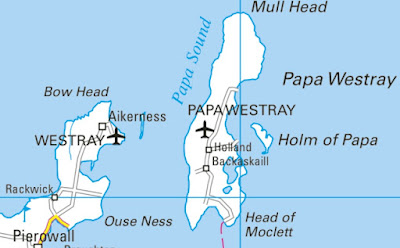 ... not too much more than a mile and a half apart.

So this video explains all.Sample air fares are quoted in the Orkney timetable book ... 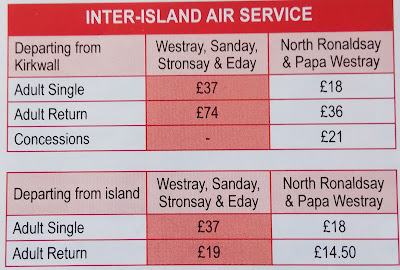 ... but, to an outsider, they are baffling. How can an adult return be a smidgen more that HALF the single fare?
It would appear that, to encourage inter island mobility, especially from the less populous and remote northern destinations, there are very special discounted fares FROM the islands compared with fares FROM Kirkwall.
The page on the Logan Air web site is a bit more comprehensible - but not much! (click on the graphic for an enlargement). 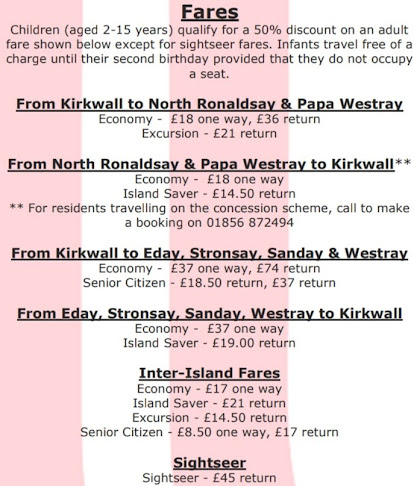 Again, the locals will understand and visitors will probably phone "the man" to book and pay - so they can ask the questions.
Now here is a fascinating question to which fbb does not have an answer.
Can you fly from London to North Ronaldsay and back in ONE DAY i.e. 24 hours?

Quiz Time Again!
The fbb's monthly Christian Fellowship meetings are coming up again over the Jubilee weekend. So here is the main part of this month's quiz. 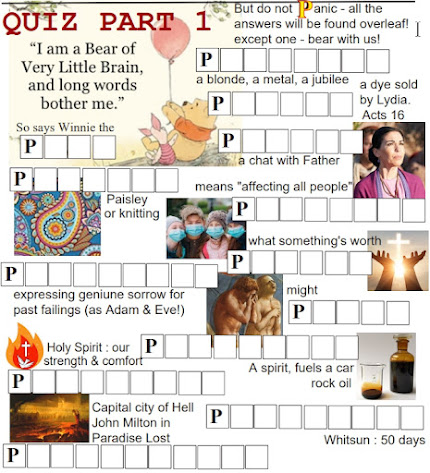 The questions may be too difficult for some, but, if you had the whole leaflet, you would find the answers hidden in the text on pages 2 and 3.
But there is an easier bit of quiz! 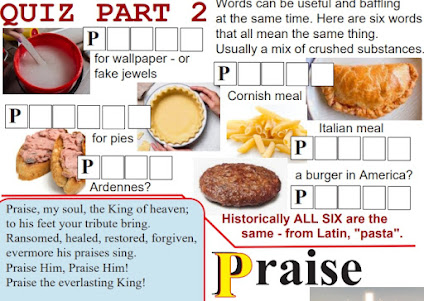 Tomorrow we go to Wales.
Next Cardiff blog : Thursday 2nd June
Posted by fatbusbloke at 02:00