Filling In The Gaps 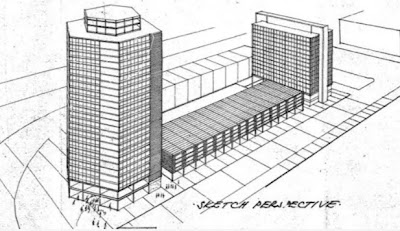 Back in the 1960s there was a plan to guild completely over South Kensington stations exposed tracks and platforms. A hotel and flats would have put the whole District/Metropolitan Line complex underground - well, under buildings! But it never happened.
The recent plans are less ambitious, but before we examine what ha been proposed, fbb will take you on a brief tour of the roads that surround the present station. 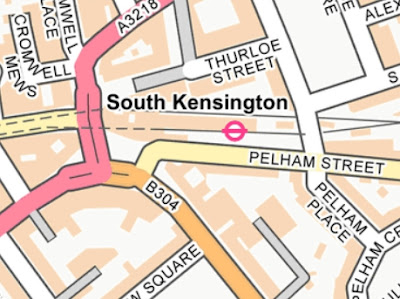 North of the station cutting is Thurloe Street, the western end of which is pedestrianised. Here there is one of the two entrances to the station. 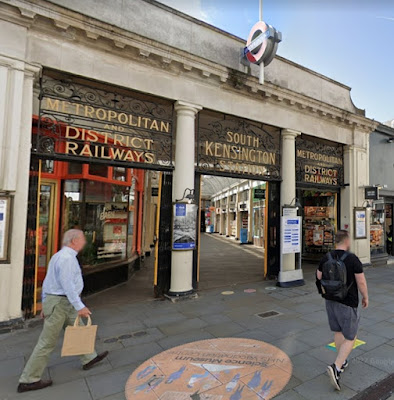 Note the splendid historic lettering above the portals! To the left of that entrance is a block of property ... 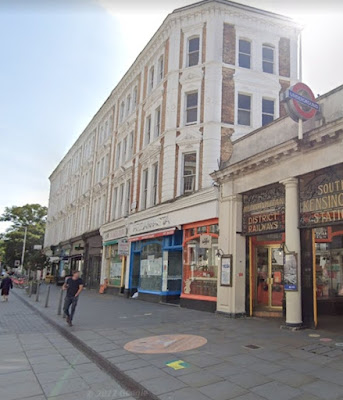 ... consisting typically of shops with flats above.
If you enter the station you will find yourself in a small arcade ... 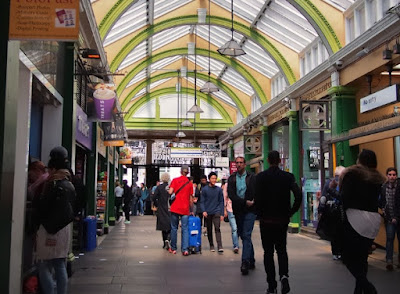 ... through to the Pelham Street entrance ... 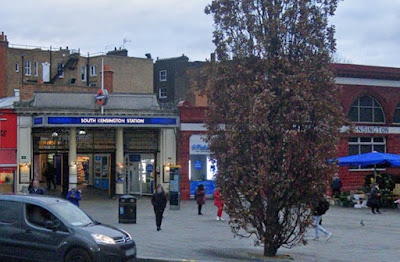 ... where the lettering is delightfully, well, delightful. 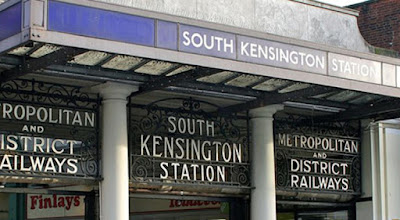 Originally there was a totally separate entrance for Piccadilly Line trains ... 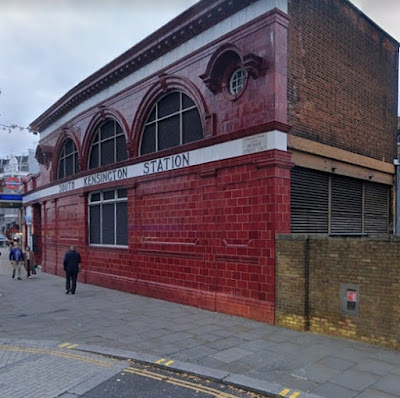 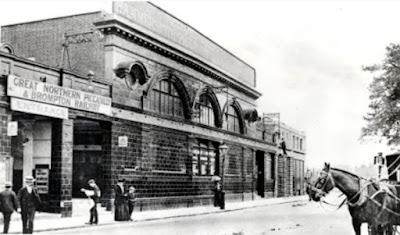 Pelham Street was given a little wiggle to provide extra space outside the entrance. 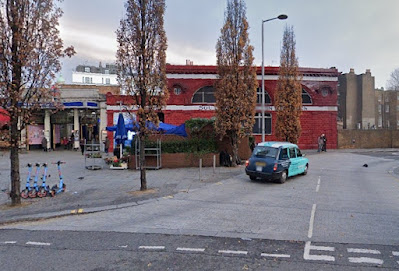 It has properties on its south side and just a wall on the north ... 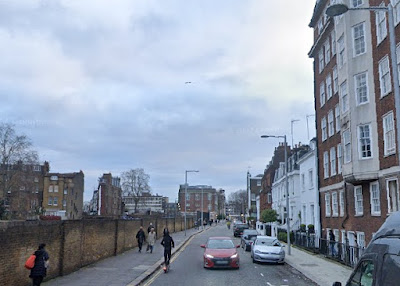 ... over which you could see - if you were about twelve feet tall - the remnants of the demolished extra westbound platform. 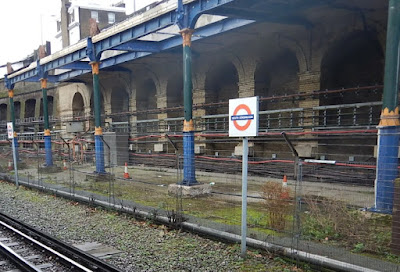 So here are the proposals. 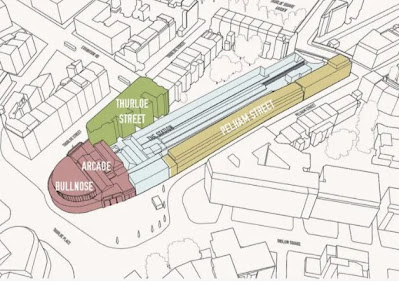 Three areas of rebuild are shown. The block next to the Thurloe Street entrance is to be rebuilt/refurbished (GREEN); the single storey area including the arcade, now with the name "bullnose", is to be replaced ... 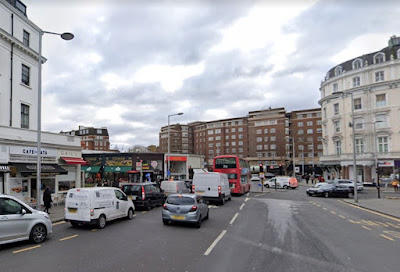 ... with something more substantial (PINK). 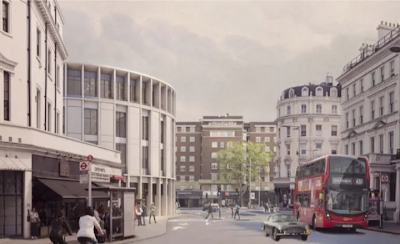 The big change is on Pelham Street, where a completely new block (YELLOW) will stand on the north, presumably using land where the original platform was demolished.
You would guess that the proceeds from this development would pay for the various upgrades to the existing station; and leave quite a bundle of notes for other good things.
The plans have been rejected by Chelsea and Kensington Council but a revised scheme, much the same but in a style "more in keeping with the neighbourhood", seems to be going ahead. 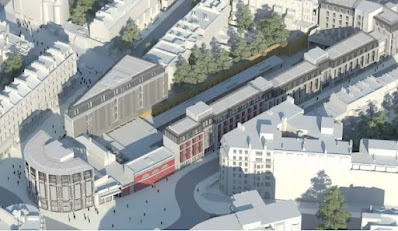 Let us hope that glorious traditional entrances will be retained! Articles and artists' impressions show the arcade (and presumably entrances) as untouched structurally but brightened up visually. 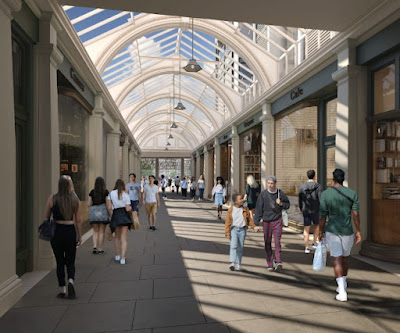 And, despite the misgivings of the Council, the present "bullnose" is hardly inspiring ... 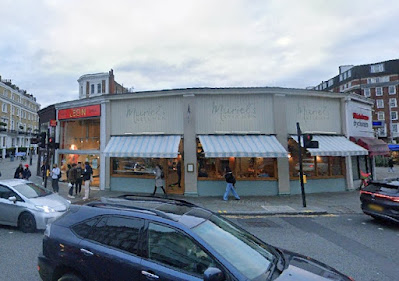 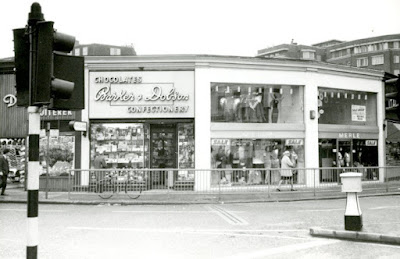 So fbb did not miss much in his youth as he strode purposefully through the tunnel to and from the Science Museum!
Rail Strike Snippet
Two pictures of a very deserted London Bridge Station on the first strike day. 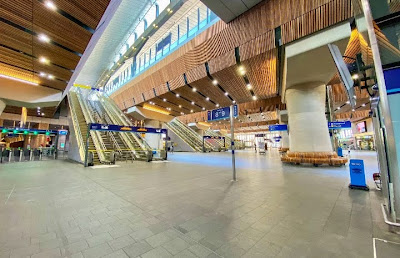 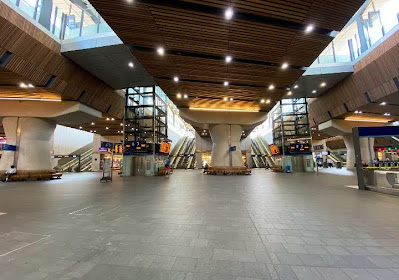 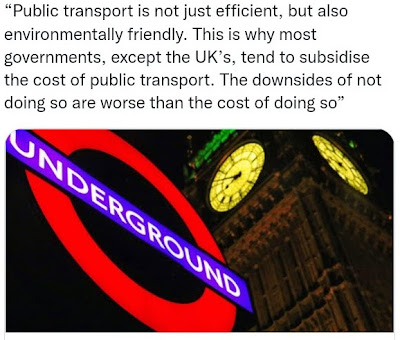 If society were really serious about the "green agenda", surely a hefty subsidy for buses and trains would make sense.
Transport Policy - It's Electric! 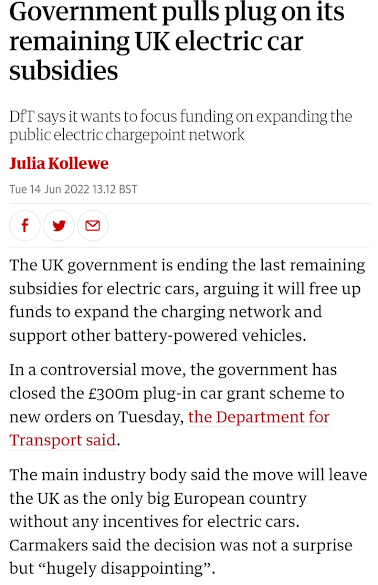