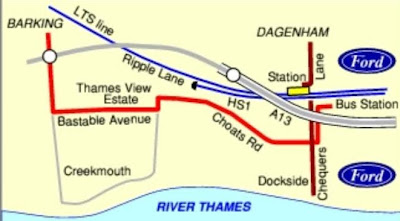 That is when fbb last visited Barking Riverside, served by bus EL2 in a special livery and half heartedly branded East London Transit. 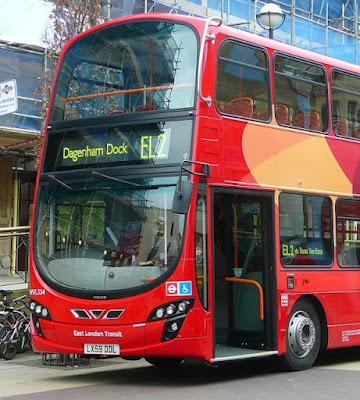 Once the bus left Bastable Avenue no passenger was picked up, and, apart from a lone fbb top deck front there was nobody to drop off. The terminus at Dagenham Dock bus station was underwhelming in the extreme. Nobody was waiting there for the next couple of departures. 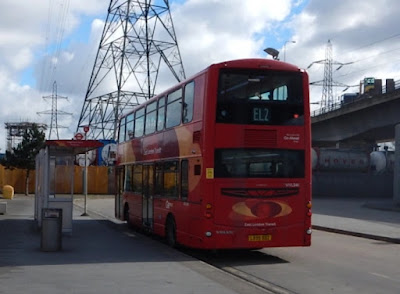 You can just glimpse the A13 viaduct on the right.
But Choats Road offered views of nothing but "blasted heath" and one solitary bus lane for right hand turns into a road-less fence. 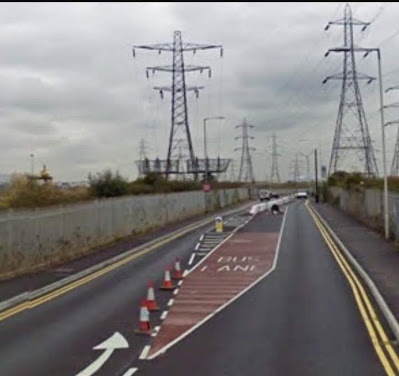 Today the road markings have faded and there is still no sign of a road to turn right into! 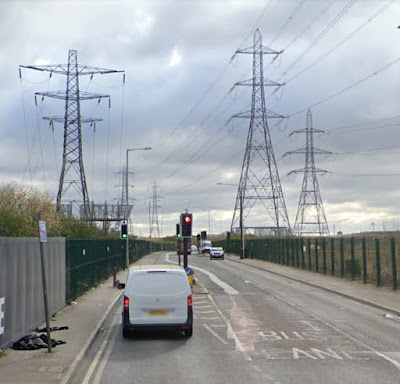 But there are traffic lights to clear the route for the non-existent buses turning right into the non-existent road.
The East London Museum of Power Cable Pylons still maintains its exciting display!
Look over the fence and even Streetview, not renowned for being up-to-date, now shows much construction activity. 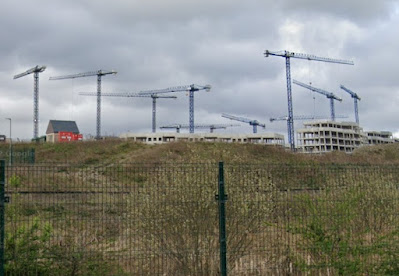 And a railway line has appeared! 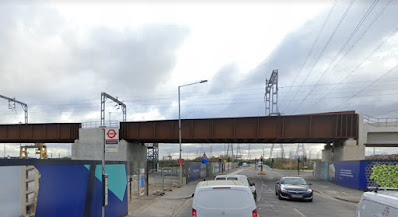 The trouble with writing a blog about a brown-fields development is that you can only really get the latest views by going there; and your esteemed blogger has not yet been released from his domestic duties to tackle any expeditions. But that view over the fence is definitely becoming a huge development. 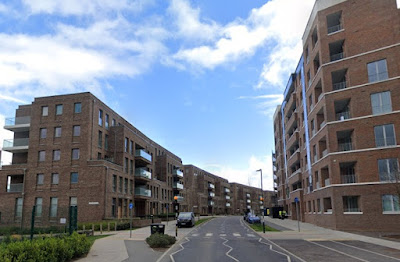 So, today, the EL2 is unchanged but is joined by a revised EL1 and a new (ish) EL3. The Mike Harris map shows how they run.

The EL1 parts company from the EL2 by turning right at the end of Bastable Avenue then right again into Thames Road ... 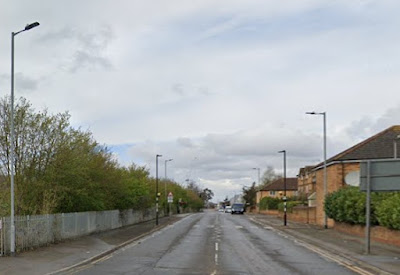 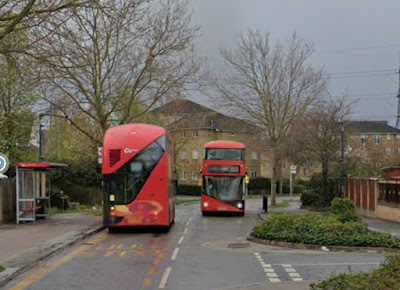 On this section, the EL1 is joined by the EL3 approaching from the opposite direction along Thames Road and terminating a little further into Barking Reach ... 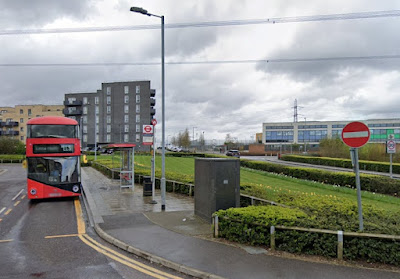 ... at its very own turning circle.
The EL1 continues on via its own bus lane ...

... to make interchange with the as yet unopened station at Barking Riverside. 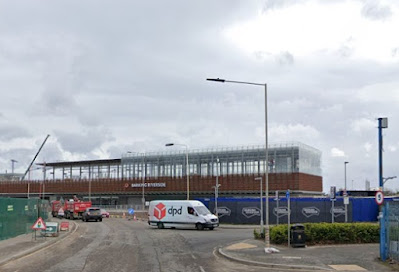 But before the EL1 gets to the station and what looks like a turning circle ... 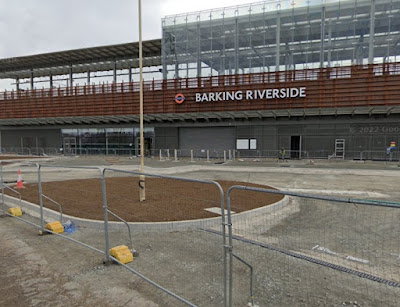 ... it turns off right, following the DPD white van. It is now on Fielders Crescent (here's one coming back) ... 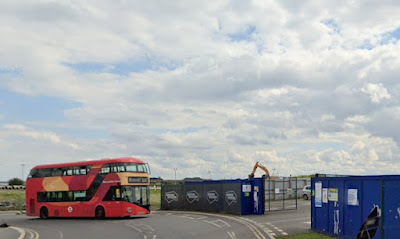 As it wiggles left, it passes some blue hoardings (or it did when Streetview last visited) and next is some bus layby construction (we will actually see bus stops there in tomorrow's blog!) ... 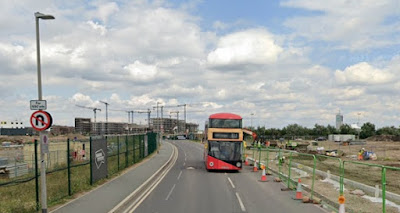 ... and continues to serve the new build block that fbb illustrated earlier. 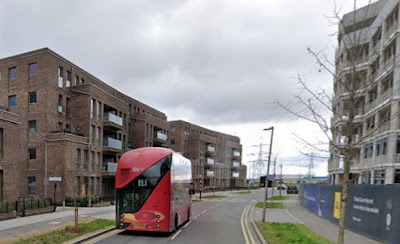 The bus turns left after the blocks and terminates at yet another turning circle on Northgate Road. 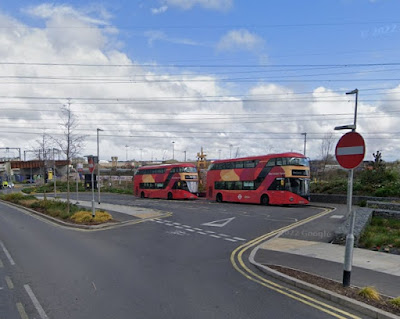 Northgate Road then juncts with Choats Road near the railway bridge ... 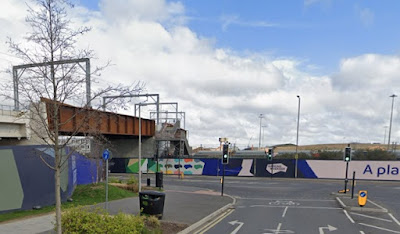 ... but not, of course, at that right hand turn bus lane that is now faded into obscurity!
Odd.
Here is the map again if you have become, understandably, slightly lost.

Mike Harris has not yet added the soon-to-open new railway which runs through the white bit between the grey "River Road" and "Northgate Road".
But tomorrow, with a bit of help from Roger French, we meet a third mode of public transport serving Barking Riverside.
Saturday and Sunday Variety blogs are postponed until early next week.
Snippet
Got your chequer books handy! fbb has been watching the prices of model railway stuff rise and rise over the past few yeats and now can present the £300 locomotive! 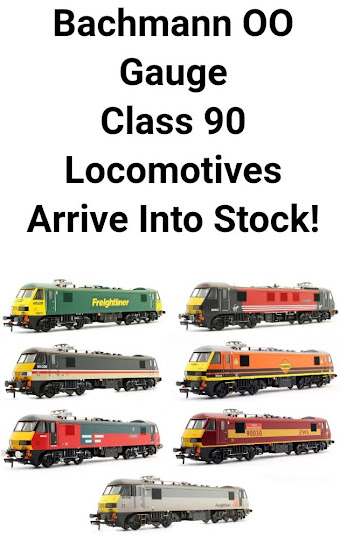 This is a new model of the electric loco that, for many years hauled the crack expresses and later became much used on freight trains, operated by a number of different companies.
Modern modellers tend to use an electronic system to control their trains whereby codes are sent along the track as well as a 12 volt steady power supply. These codes "talk" to a chip in the loco and control its speed, the lights and a whole range of realistic sounds. The system is called DCC - Digital Command Control.
So, if you want super realism you opt for DCC with lights and sound effects all controlled from a keypad; as well as speed and realistic braking. But it costs.
So a DCC class 90 with lights and sound will cost you £329.95! But Rails of Sheffield are offering post free and a substantial reduction. 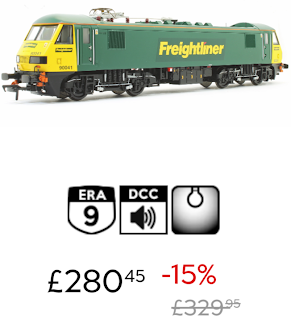 ONLY £280.45 - a snip!
fbb is NOT tempted, but has splashed out on a pre-owned tank wagon for his collection. 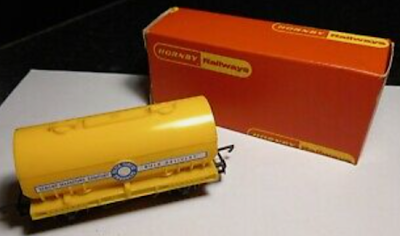 More later, but it cost £10 including postage - a snip!
Next Riverside blog : Sunday 19th June
Posted by fatbusbloke at 02:00