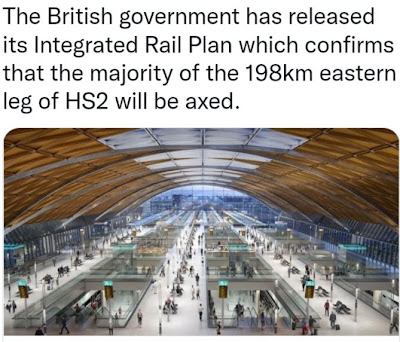 Much political capital has already been creatd by "Boris Johnson' U-Turn". When will the press, and large sathwes of the UK public stop treating the Prime Minister ("first among equals") as some sort of Presidential Dictator. He is not. In the UK we do not elelct a Prime Minster, we elect MPs to represent us in Parlkiament and is the MPs of the winning pasrty wehoelelct or endorse or sack a leader - NOT the voters.
Neither does ther PM have a monopoly on policy. He may have influence, but he, too, is influenced by a whole army of opinions. Here is how Christian Wolmar oputs it in his respinse in the Guardian. 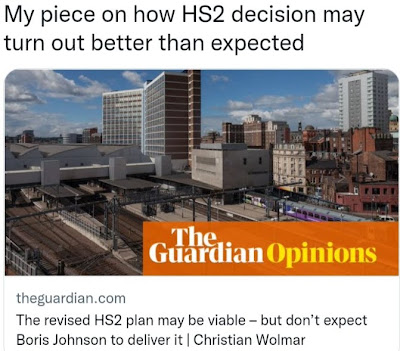 It is illuminating to read the extract below with some care. 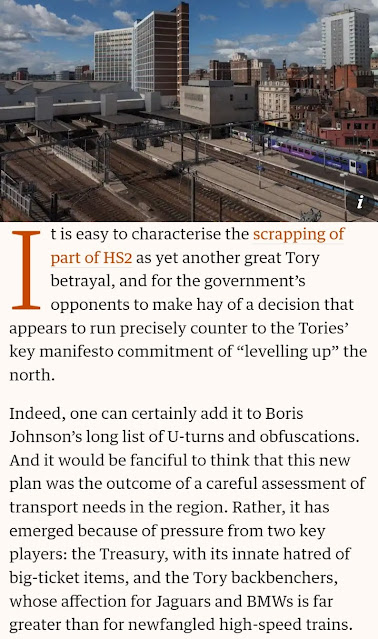 Maybe a simplification, but not overly unrealistic!
Whilst media and political focus has centred on "SCRAPPING", it it useful to see what else is contained in this botch of proposals. 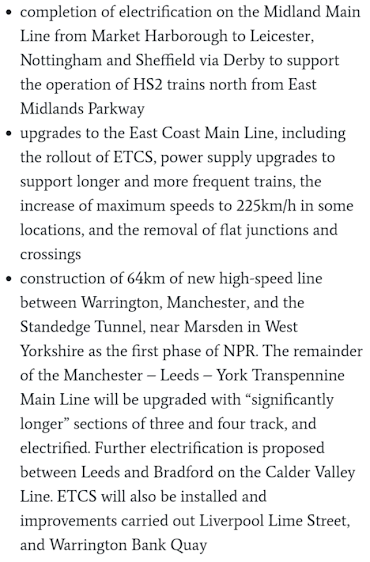 Good things all round. 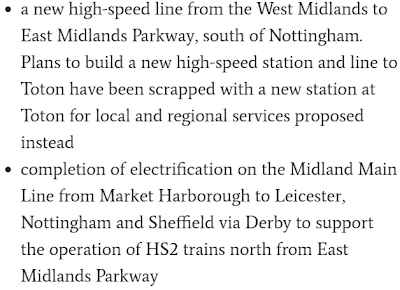 Quetion? Will the new non-quite High Speed service run out of electrc string at Sheffield? Or to Leeds and the East Coast main line via Doncaster?
As Wolmar asks, "Will it all happen?". Sooner or lkatrer some pilitician will come up with a jackpot idea to extend the proper hig speed line to Leeds, Doncaster, York andfd Newcastle. And we will all wrting our hands, shd a few tears and curse the politicians who didn't do it sooner!
Wood's Wonderful Whitener! 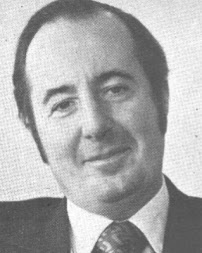 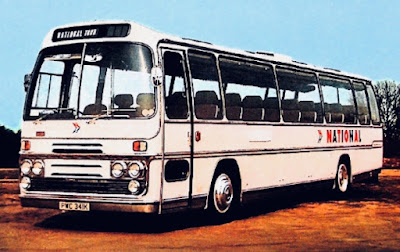 Almost over night it created a national; brand for long distancecoach travel. Scot;and was different, of course ... 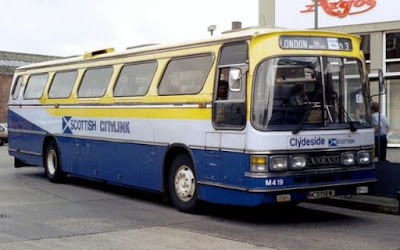 ... but Scotland was differernt, with many Citylink routes providing the only rural bus link in many remore areas.
Both brands remain with National Express coaches a shadow of its former self, owned by Spaniards but retaining the overall white livery.

Some time ago, fbb clicked on a box to add himself to the mai;ong list of a group that was re-creating the Corporate Identity Manual. 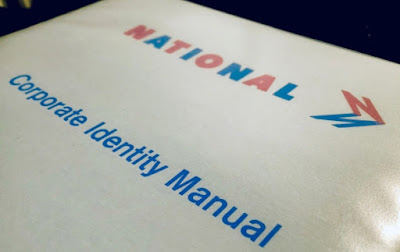 Their occasional blogs are fascinating and the latest is about the principles of the white coach. 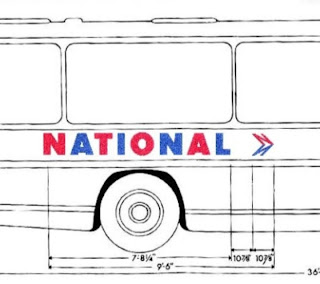 This all kicked off in 1972, and it thus 50 years old; so there will be many who were noy bortn thern! fbb was 27 and remembers thr shock of the new very well. Also clear in ther old man's oft-befiddled mind, was the vehement opposition of the traditionalists, particularly thoser aficiandos of Royal Blue ... 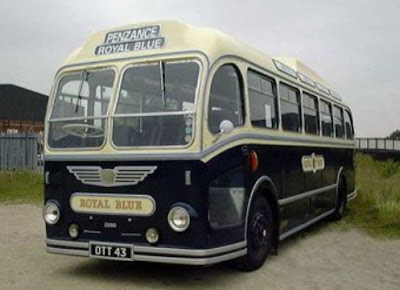 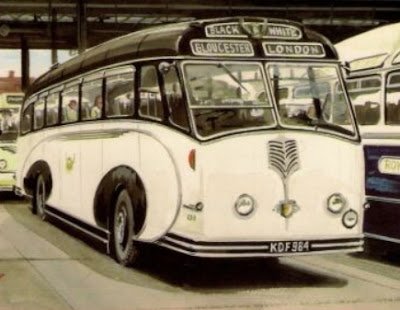 Whjat fbb did not lknow was that an early guide for coach livery allowed the operating copmpany to show its name in grey with a broad coloured underline - either red or green. But Royal Blue and Black and White were allowed to keep their non-standard "National Colours" in minimalist use on the overall white. 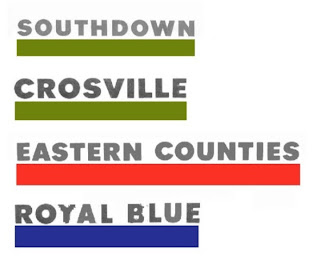 Soon, however, this was changed and thr company name was to be shown in plain unafdorned red whatvere the colour of ther buses. 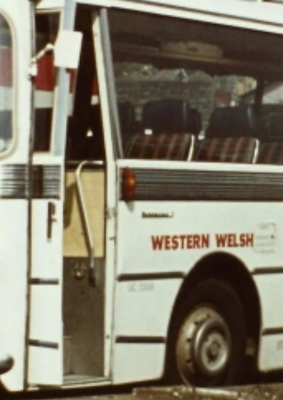 Now that is a bit of livery delivery that fbb did not know. Whatever you age ot experience there is still more to learn, such is the joy of any stimulating hobby!
Puzzle Pictures
Two old terminus railway station pictures, both terminals; but whjere were they. One ... 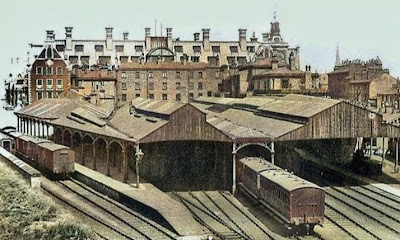 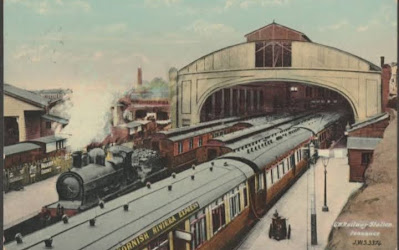 ... is, just about, recognisable today! 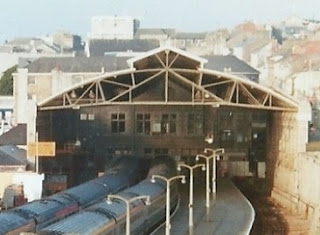 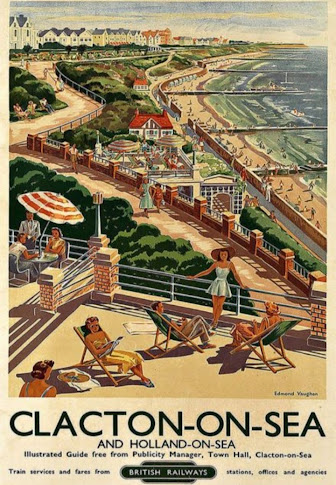 No pzzle as to where it is, obviously, but where is it? fbb has searched various on-line mapping services but can spot absolutelty nothing that looks like the above. It could be that Clacton has changed significantly; fbb's best guess is ... 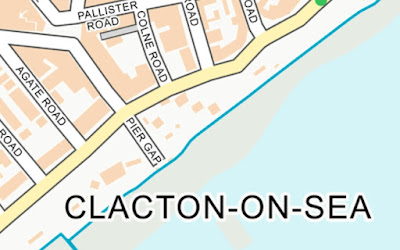 ...the area to the east of Pier Gap, a short road ehich leads under a footbridge to the pier - surprisingly. 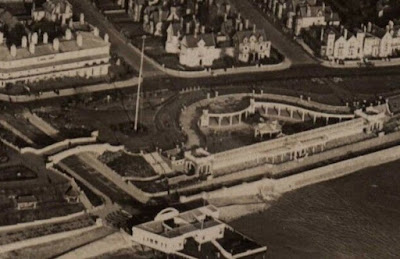 The area is totally different today ... 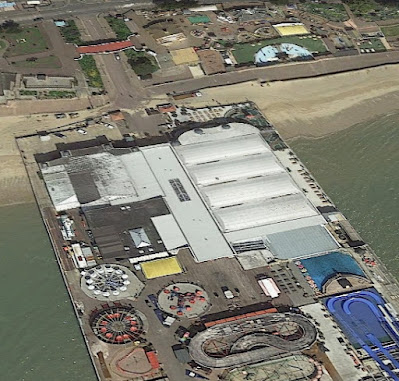 ...with just the pink-paved footbridge as the location clue.
Unless anyone knows better?
Amongst other things, tomorrow's blog includes a "Missing Model Mystery"

Next variety blog : Sunday 21st November
Posted by fatbusbloke at 02:00