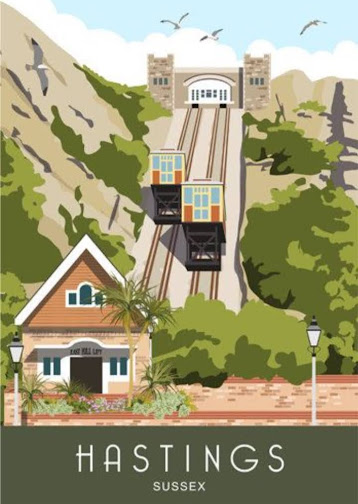 A delightful poster showing the West Hill cliff lift. And a reminder of the real thing:- 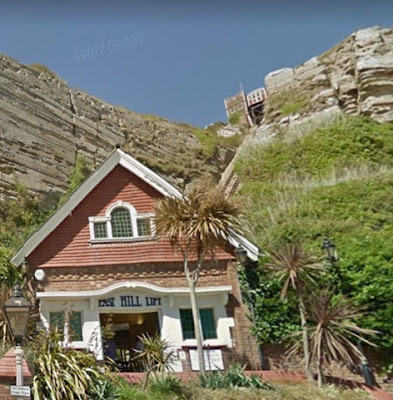 An Event Worth Visiting? 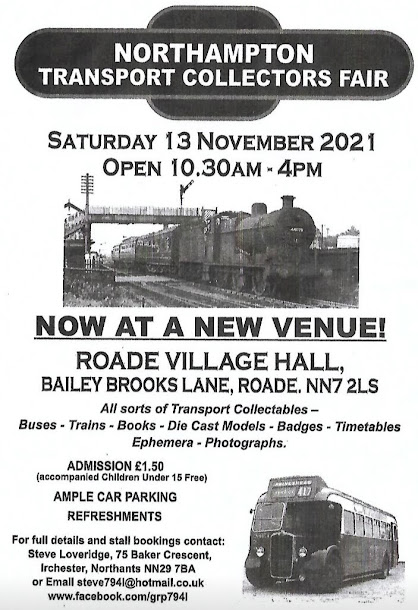 The event is raising funds to support a United Counties VR GRP 794L that lived it life at Kettering.
The bus started life in National Bus Company leaf green ... 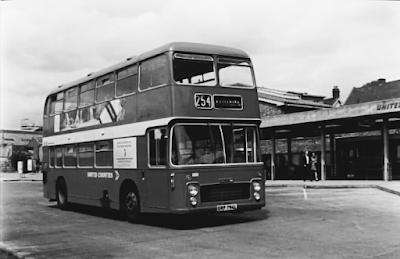 ... seen above at the former Kettering bus station and below in the adjacent bus depot. 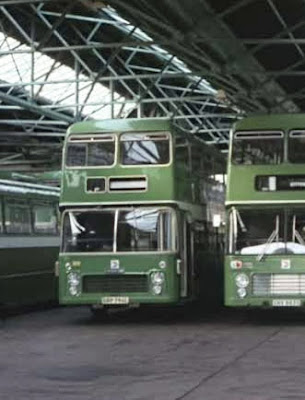 It later appeared in a "privatisation" livery, distinctive but lacking any pretence of "wow". 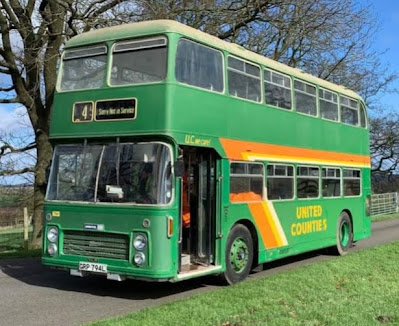 This is the garb she (he, it) currently;y wears. But she has had her picture painted. 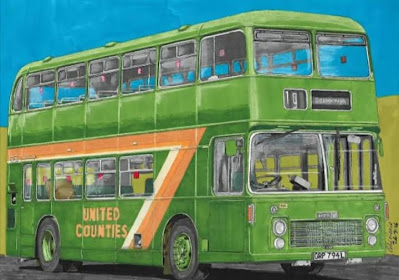 Herewith details of how to get there. 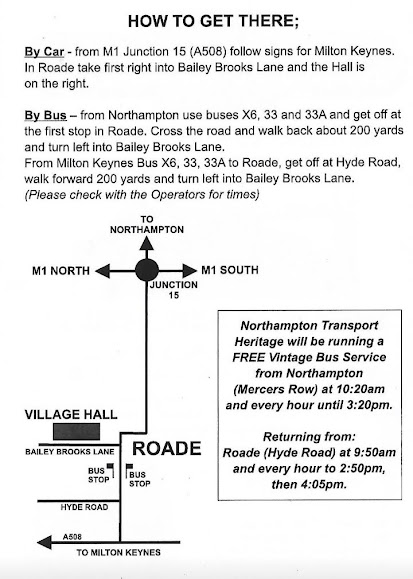 Of particular note is the FREE hourly bus service from Northampton town centre.
Because the event is somewhat distanced from large conurbations, it might be a good place to get a real bargain!
Talking Of Bargains - NOT!
How about a complete and boxed pre-war Hornby Dublo train set, including all the electrics and the obligatory "oval" of track, The question for our readers is, "How much would you have to spend in order to become a toy train owner from 1939?" 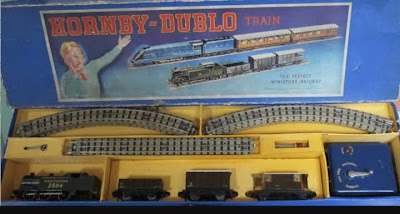 Answer at the end of this blog! 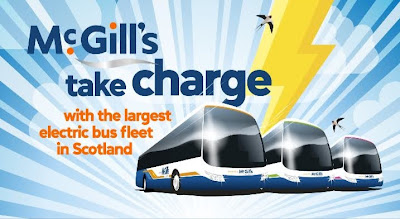 McGills of Paisley are putting 55 (fifty five) electric buses into service with a massive investment in depot charging. 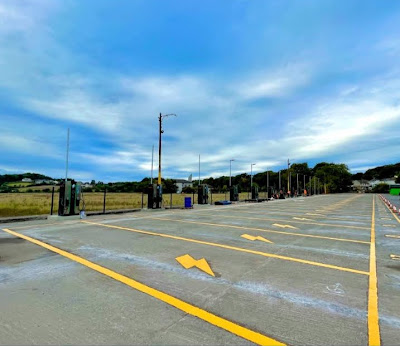 Their three busy and frequent routes into Glasgow are all being "sparked" and branded as "Switch".
26 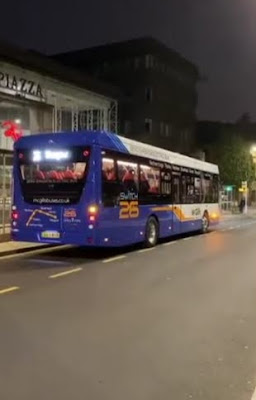 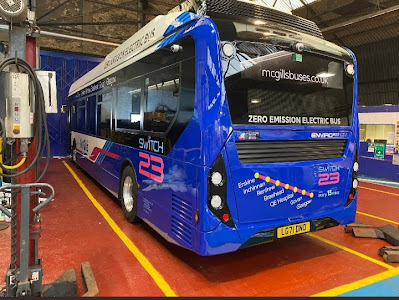 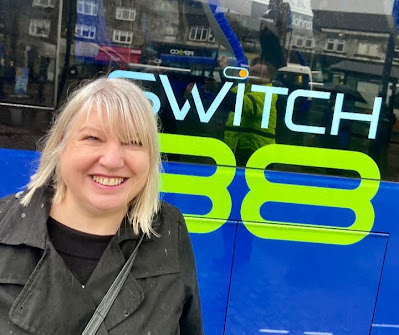 The latter accompanied by the obligatory grinning local Politician! Surely, at 55 vehicles, this must be the largest single electric powered "happening" so far in the UK?
Airport & Luggage - Whoops! 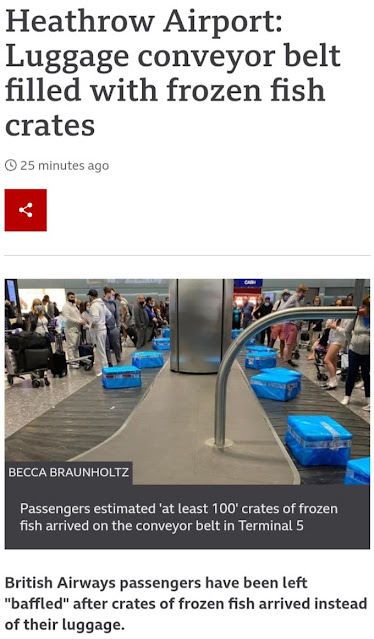 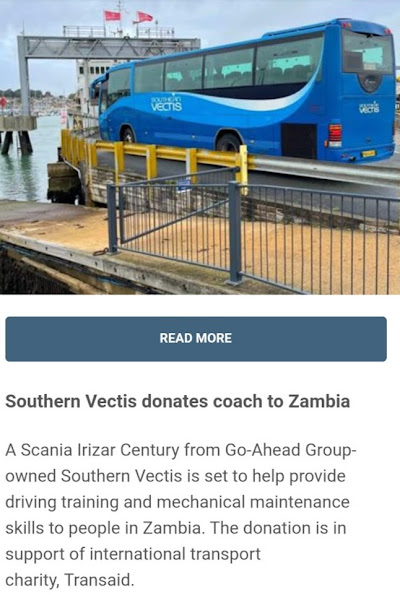 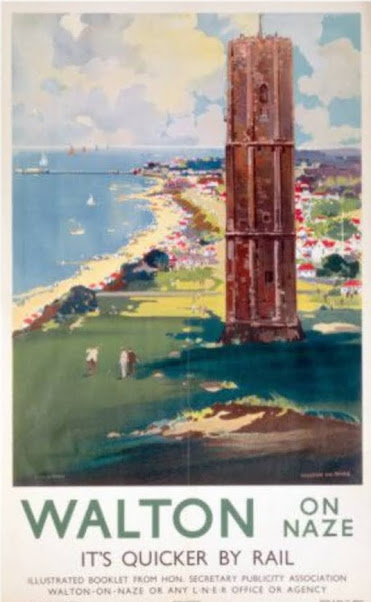 The settlement is actually called Walton-on-THE-Naze; the Naze being a chunk of cliff to the north of the town. Currently and hourly fast train service takes you from Liverpool Street to Clacton, Walton's less posh neighbour. A local train runs from Colchester to Walton, calling at the poshest of the three, viz Frinton. 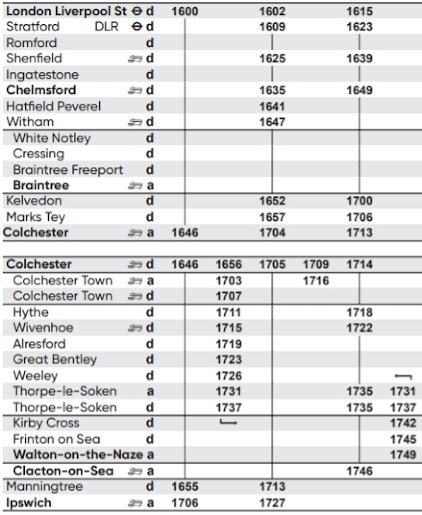 If you want to enjoy calls at the local stations, you could leave London fifteen minutes earlier.
But the LNER (that's the old pre-nationalisation LNER, not the modern upstart!) includes a picture of an ancient tower. It is not too surprising to know that it is called the Naze Tower, possibly because it's a tower on The Naze! 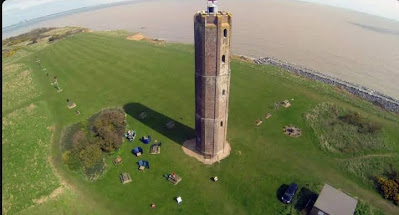 The present tower was built in 1720–21 by Trinity House, and was intended to work in conjunction with Walton Hall Tower ... 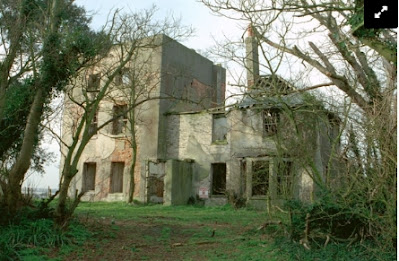 ... to guide vessels through the Goldmer Gap. (Nope, fbb has no idea!) Towers at Naze and at Walton Hall are marked on a map of 1673 by Richard Blome, which in turn was based on a map drawn up in the late 1500s. The present Naze Tower therefore replaced an earlier construction at a similar location. It was of particular benefit to ships using the nearby port of Harwich. Both the current Naze Tower and its predecessor had beacons or lamps lit at the top, providing an early form of lighthouse.
Over the years, the tower has had a variety of uses. In the eighteenth century it was a tea house, operated by the actress and aristocrats' mistress, Martha Reay. It was a lookout during the Napoleonic Wars and again during the Great War of 1914–18. In the Second World War it was used as a radar station, with its crenellations removed to accommodate a radar dish.
Naze Tower was given Grade II* listed status in 1984 by English Heritage. Since 1986, it has been in private ownership.
The tower, complete with caff and exhibition, is open to the public for the summer season.
There is a continuous fear that coastal erosion might bring the Walton Tower crashing down ... 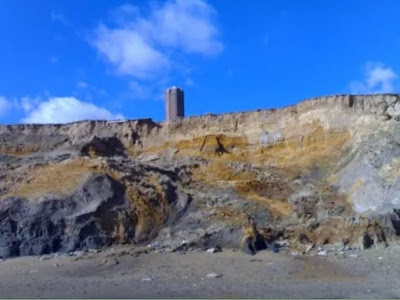 ... but recent strengthening may hold back the long term inevitable for a few years. 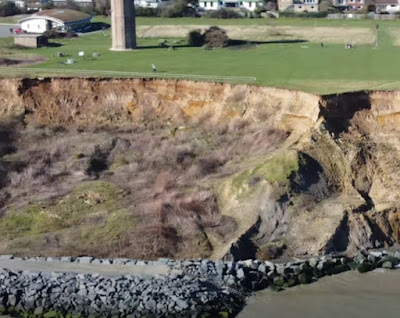 You Do Wonder
The twitterer did not say which station car park this was - but at vast expense the Health and Safety Gauleiters have painted neat and tidy walking routes. But a couple of yellow posts, installed to prevent over-enthusiastic drivers from demolishing the signs, get in the way. So ... 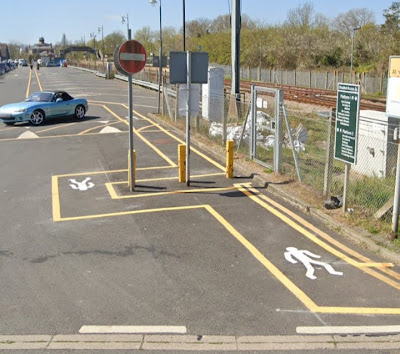 Well, obviously, you couldn't expect folk to walk safely through the gap between two yellow posts. Clearly it is 6" too narrow for safety.
Crackpot!
A Puzzle Picture 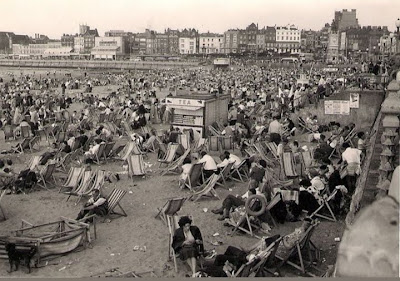 Which UK seaside resort is this? It will feature in another heritage poster exploration in tomorrow's blog. The town is still served by train! 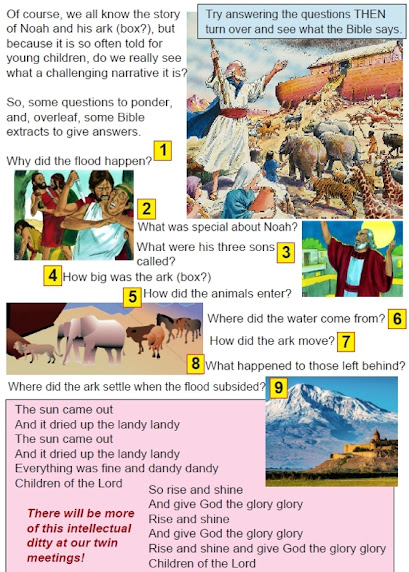 Our twin meetings (Sunday and Monday afternoon) are based round the story of Noah, discovering, as you do, that the traditional childrens' "pretty pretty" story is much darker in reality and a real challenge in today's broken world.

Monday and Tuesday blogs may need to be reduced in size, depending on how crurdled the fbbs are after the two meeting - plus afternoon tea (sarnies, tea and cakes) of course.

Next Variety blog : Sunday 7th November
Posted by fatbusbloke at 02:00