H is for Hospital, Hassle and Horrors! 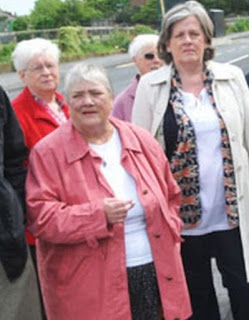 It is fasr to say that Elsie Miggins (above, in puce) is happily comfortable in her bijou residence at Shand Park, Axminster.
It is but a short toddle to Tesco and a similarly brief bumble to the railway station whereat all of Axminster's buses call. But our Elsie has a developing problem with Diabetes.
But she has a little Pea Pod computer (or some such name) and grandson Torquil has taught her how to do some simple things. She even knows how to use Traveline to plan a bus or rail jourly - but, naturally, she finds it both over complicated and usually unnecessary for her local omnibological and ferroequinolgical requirements.
But an appointment at the Diabetes Clinic at Royal Devon and Exeter Hospital (which she knows as "Wonford") for 10 am on a Friday propels her into actyuive enquiry mode.  Molly Longbottom (above, in red) opined that it is dead easy. "You catch a train to St David's," she advises with boundless confidence, "and there are regular buses from there to the Hospital." 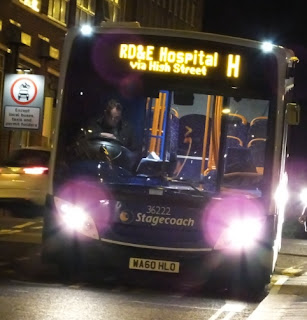 Elsie (a former senior eng;lish schoolteacher) decides that pedantry is inappropriate, but would really like to remind Molly than one bus a year is "regular" and she probably means "frequent".
If she had a bus map (which she hasn't because Stagecoach can't be bothered to tell its elderly passengers where their buses go) or if she had a timetable leaflet (which she hasn't - substitute "when" for where" and repeat.) she could check. But a brief phone call to Torquil directed her, once again, to Traveline.
"Type in where you want to go from," he says brightly, "and where you want to go to; then input the date and the time; and it will tell you all you want to know."
"From" is St David's station - Elsie has a train timetable. 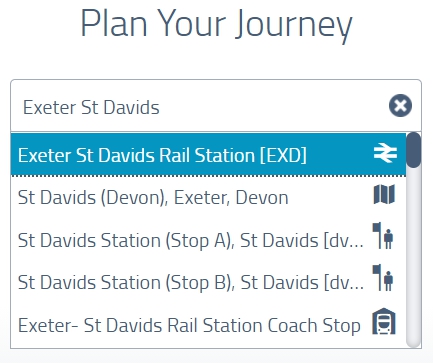 Confused.com?
Which of the FIVE St Davids Stations does she need. She has no idea which stop it might be and she is not going by coach, but it is a train station, so she sticks withe the top one.
Cleverly Traveline seems to know that Wonford Hospital is the R D & E ... 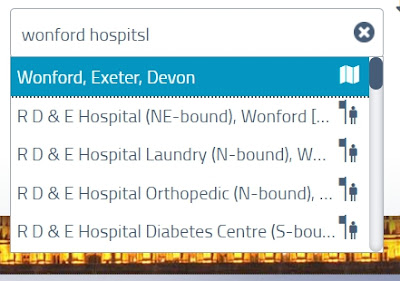 ... and Elsie is excited to see that the Diabetes Centre is one option in the menu box. So she clicks it!
fbb will display the results in a cartographic form as their nonsense is easier to follow. Five options are shown for 0915. 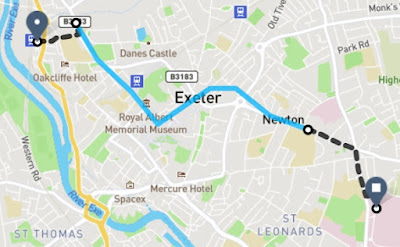 Walk to a bus stop some distance from St Davids station then catch a bus to somewhere that is a hefty walk from the hospital.
Next ... 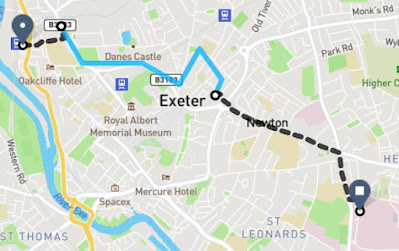 Walk to catch a bus and take an even longer walk to the hospital.
Next ... 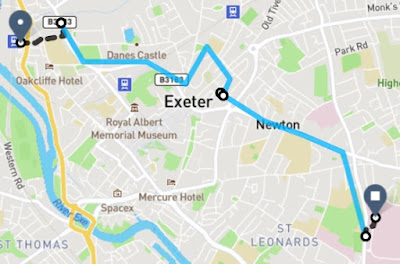 Same start, but change buses in central Exeter and get off on Barrack Road, at the entrance to the hospital. A bit better.
Next ... 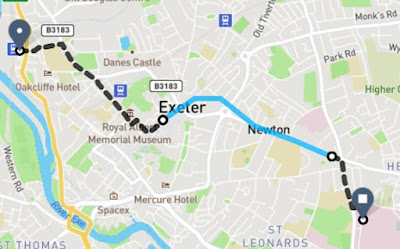 ... a much longer walk from the station, but a shorter walk at the hospital end.
The options then being to repeat.
But, surely, route H runs from st Davids station, from stops near the entrance ... 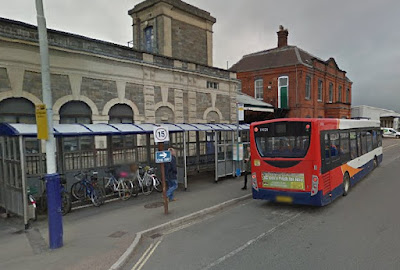 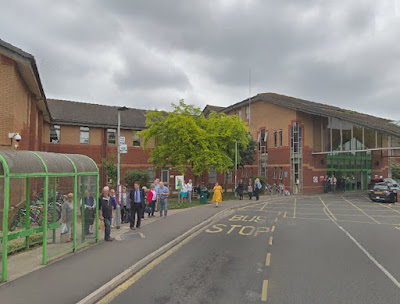 Even the awful Stagecoach map has an "H" at St Davids ... 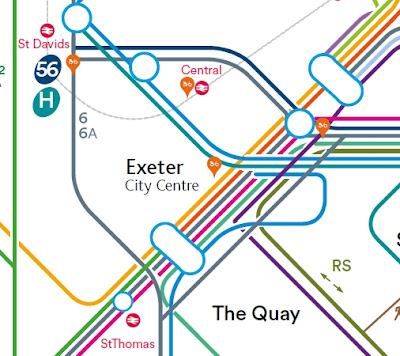 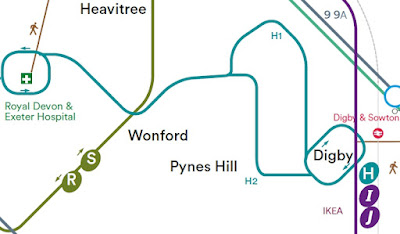 ... and on to an H on the estate at Digby - where it appears to intersect with the purple I and J routes at a very strange, complex and completely non-existent junction.
On the surface, the Traveline daft results may or may not have anything to do with Stagecoach - or perhaps they do? fbb will continue his investigations as part of his usual weekend variety blogs.
Can the problems be solved with a better maps?
Snippets
The fourth estate strikes again! 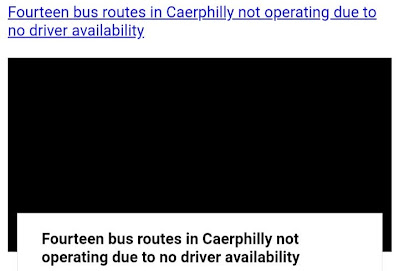 Fourteen bus routes not running? Seems a bit bad for just staff shortages. Except it isn't that at all. 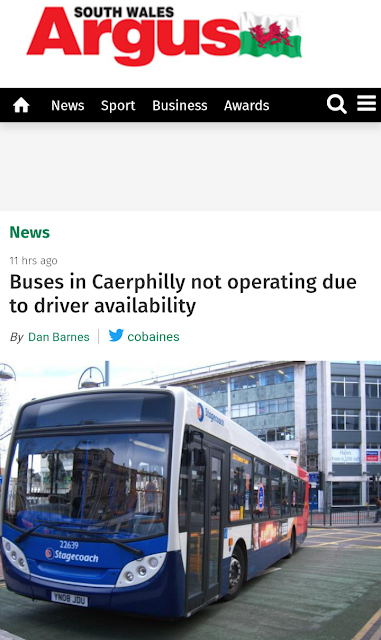 The actual problem, still bad but not as bad as implied above, involves multiple journeys on about 10 routes, possibly at least one journey on every route serving Caerphilly.
Attractive New Bus Body - Probably! 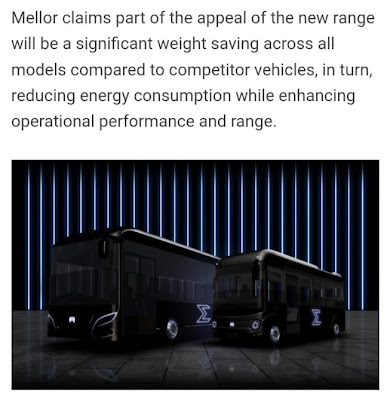 Presumably the PR consultants that organised the launch did not have a shilling for the electricity meter?
And The fbb Leaflet Quiz?
Based on the letter J 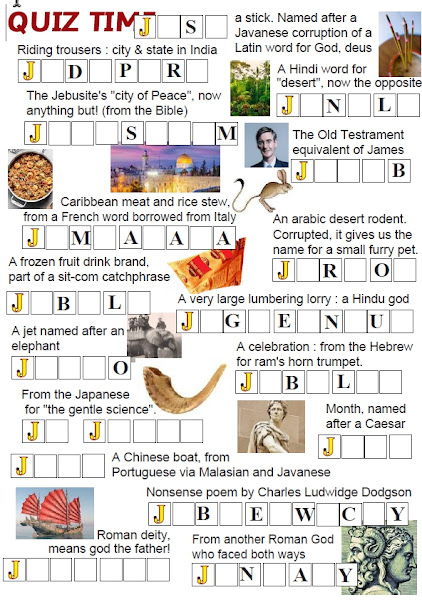 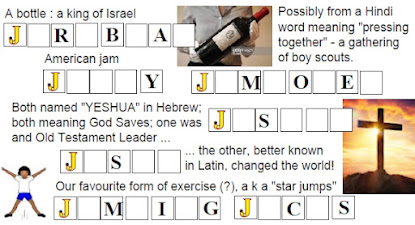 No prizes!
Those Double Deck Buses
We tend to think that sing;e deck vehicles are universal on the Continent, wuth the possible exception of Berlin. 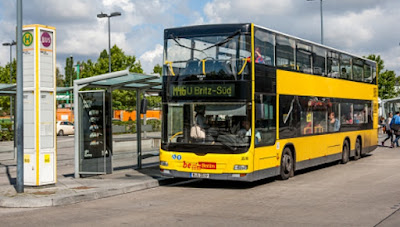 Biut those in the latest Puzzle Picture operate in City and region of Lausanne. 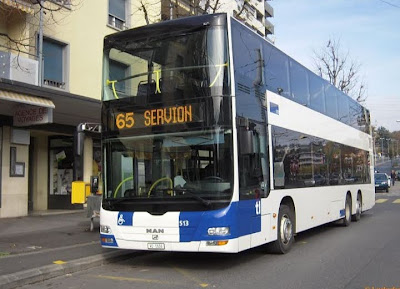 Possibly woth another look in due course?
Next Variety blog : Saturday 27th November
Posted by fatbusbloke at 02:00