Hither And Thither To Withernsea (2) 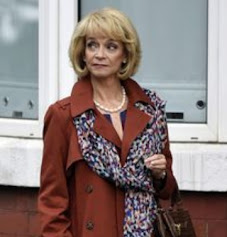 But not Sue Holderness, the wonderfully awful Marlene in "Only Fools And Horses" and now appearing in a similarly awful role in the Madame Blanc Mysteries on Channel 5. 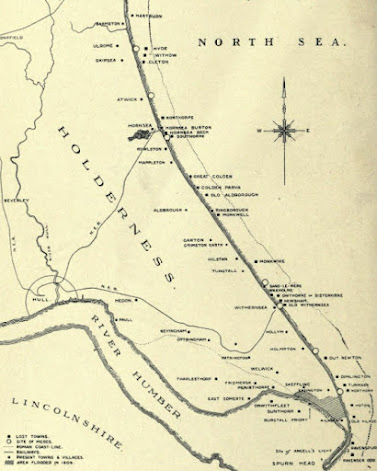 Holderness is an area of the East Riding of Yorkshire, on the east coast of England; it lies between the River Hull and the sea. An area of rich agricultural land, Holderness was marshland until it was drained in the Middle Ages. Topographically, Holderness has more in common with the Netherlands than with other parts of Yorkshire. To the north and west are the Yorkshire Wolds.

Because of its soft soil it is vulnerable to erosion, on average losing 1.8 metres a year. The coast and surrounding communities have had to implement managed retreats. The communities are expected to be even more vulnerable as sea level rise increases alongside climate change.

The above map, dated 1912, shows a feint line to the east of the present seashore. This represents the coastline in Roman times, and each black box in the sea marks a lost village. 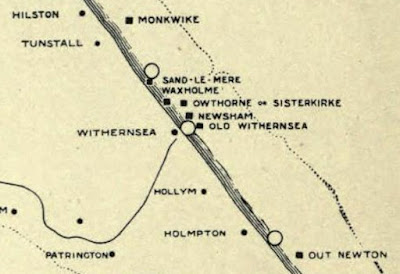 The Prime Meridian passes through Holderness just to the east of Patrington and Tunstall in the north. It was the Hull and Holderness Railway Company, later absorbed into the LNER, that reached out across the low lying land to get to Withernsea.

After a failed first plan, a second attempt at a line was promoted by Hull businessman Anthony Bannister, with the intention of linking Hull with the rich agricultural area of South Holderness, and the development of a coastal village (Withernsea) into a new seaside resort.
Construction of the line in the flat and open Holderness plain was rapid and the line of about 18 miles was opened on 24 June 1854.
The line was originally built as a single track line, except sections at Hedon and near Ryehill. At Withernsea (which in 1851 had a population of only 109) a hotel, the "Station Hotel" (later called "Queen's Hotel") was built. 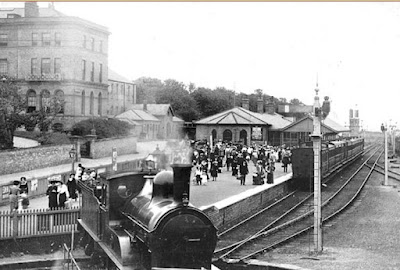 Here is the station looking back inland with the Station Hotel, later Queens Hotel upper left. Looking from Pier Road some idea of the size of this hostelry can be gathered. 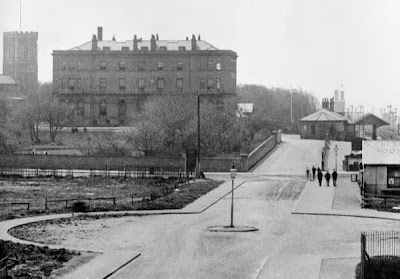 And a look back from station towards the sea. 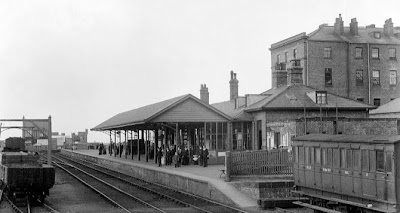 Today, things are very different. Standing on the "roundabout" you can see nothing of the original. 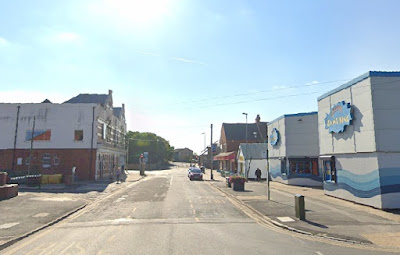 Moving Forward we see that the area which held the turntable and associated sidings is now an Aldi supermarket. 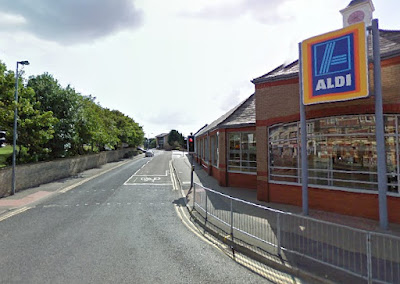 There is still a station building on the same site as before ... 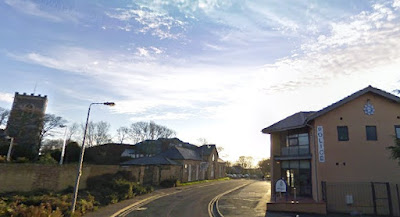 ... but it is now a Police Station. The hotel (which ended its days as a nursing home) has been demolished, but the former stables block ... 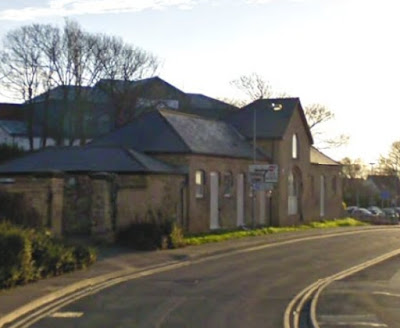 ...  remains as a tiny memory of the desire of entrepreneurs to attract holidaymakers to Withernsea.

The Withernsea line closed to passengers in 1964, despite attempts to cut costs by using diesels and de-staffing stations. 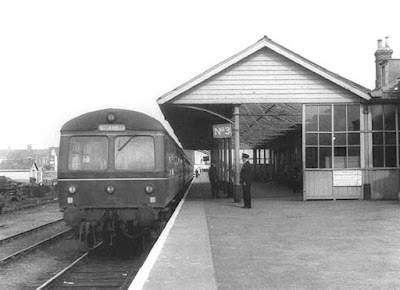 Note that the only platform in use in latter days was Number 3!
Certainly from pre-war well into the 1950s, the town was a very popular seaside resort ... 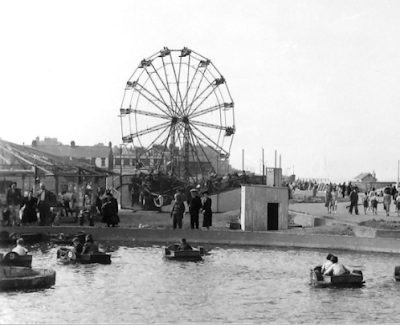 ... with entertainment a-plenty; including an outdoor pool, maybe more inviting than the chilly North Sea? 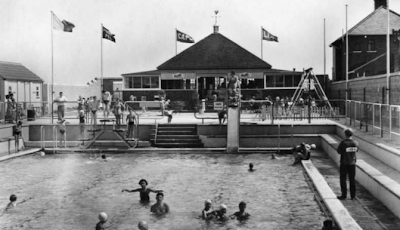 The pool is now a car park! 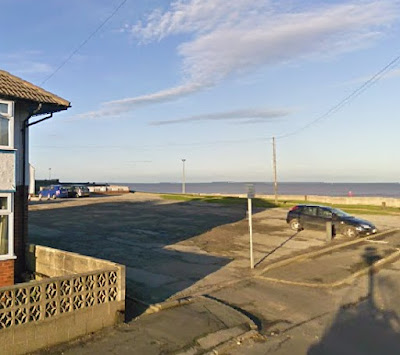 And the bandstand on the North Esplanade ... 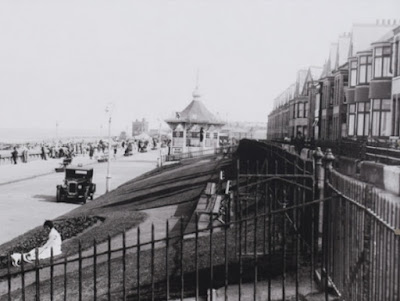 ... is now an access ramp from guest houses to the beach. 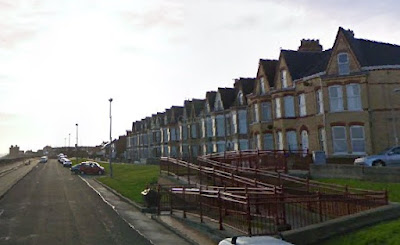 On "changeover day" in times past the lads would be ready at the station to trundle your luggage to Mrs Miggins guest house in exchange for a few pence. 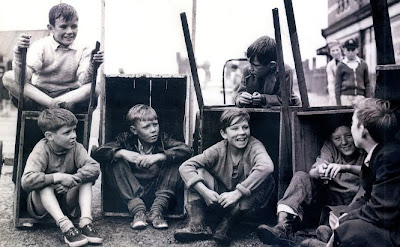 But the joys and delights of holidays past are long gone, as is the railway. There will be some day visitors by East Yorkshire bus, but not many.
The big business is now Holiday Parks (caravan sites) to the north ... 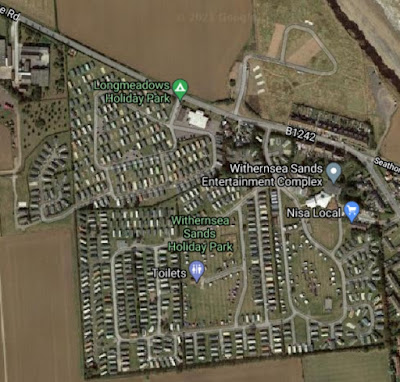 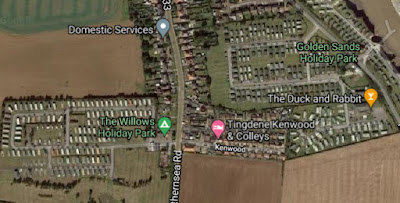 There are "traditional" B & B establishments with a wide view of the North Sea ... 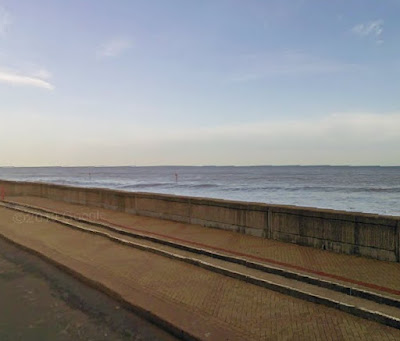 ... and close access to the beach. But, like so many small UK resorts, things are not quite what they were.
No longer can the railways extol the virtues of a holiday, or even a day trip, by train. 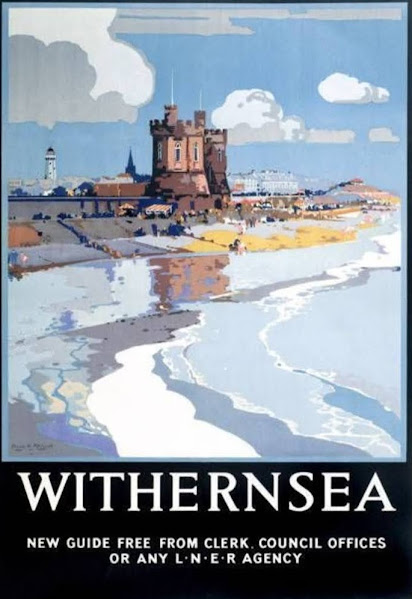 But we have not seen that splendid sea front "castle" yet!
Apologies to North Gate Bus Station
When writing his piece bewailing the lack of facilities in Northampton for National Express passengers, fbb got it wrong. Although there is only a "plastic" toilet at the Victoria Street non-coach station - and nothing else - fbb was wrong when he said that the caff at the bus station was closed.
It still functions ... 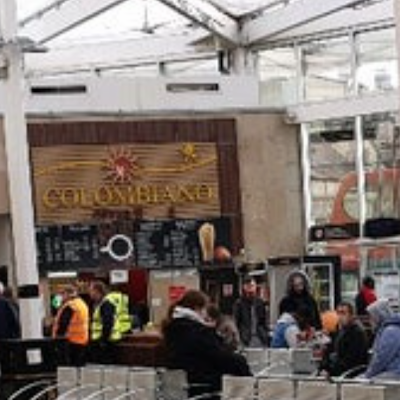 ... but NOT at the limited times when coaches are allowed to pick up and sent down at the bus station itself. 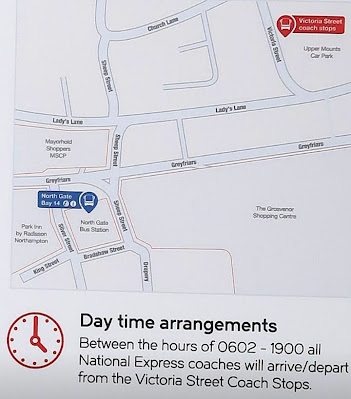