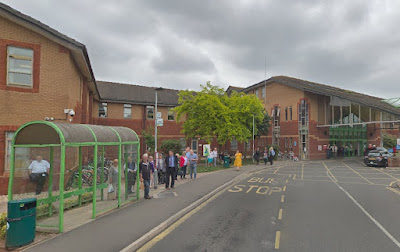 Elsie Miggins was unable to find a bus journey to take her from St Davids to the Diabetes Clinic at Royal Devon and Exeter Hospital, despite the palpably factual evidence that there was a through bus between the two.
But, as is usual with journey planners (and with technology generally), they only work if you ask the right question; the right question being the one the program writers or data input clerks or bus company thinkd you should be asking.

Foolishly, Elsie thought that Traveline could provide her with a sensible journey between the two. It cannot; largely because Stagecoach have not told the truth, the whole truth and nothing but the truth.

If she has asked to get from St Davids station .... 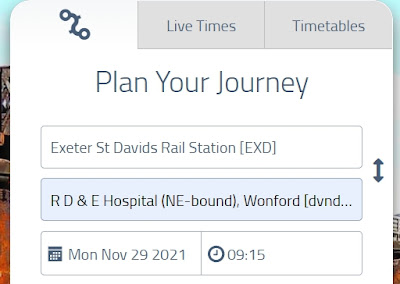 ... to the bit of the Hospital (NE-bound - please bring your own compass) called [dvnd ...], something lovely and really beautiful would have occurred. 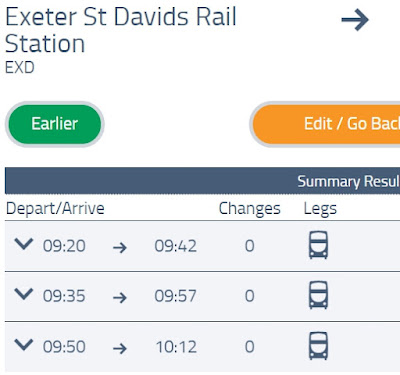 She would have a found a bus (route H) running every 15 minutes all the way to the main front door of the Hospital as illustrated at the head of this blog. This is confirmed by a Traveline map! 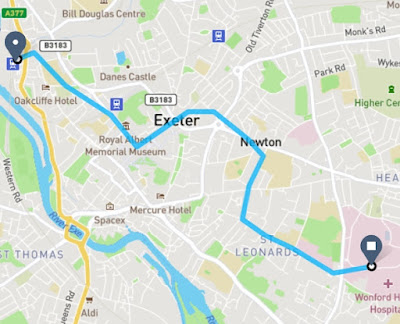 As Josephine, Hebe, Ralph (pronounced "Rafe") Rackstraw and Dick Deadeye sing in H M S Pinafore ...
Oh joy, oh rapture unforeseen,
The clouded sky is now serene,
The god of day? the orb of love,
Has hung his ensign high above,
The world is very fine.
With wooing words and loving song
We'll ride the Stagecoach bus along,
The H will take us all the way,
Not like it told us 't'other day
On useless Traveline.
Ultimately it's Stagecoach's fault.
It's a loop, innit?
fbb will explain. The H arrives at the Hospital "campus" and enters from Barrack Road ... 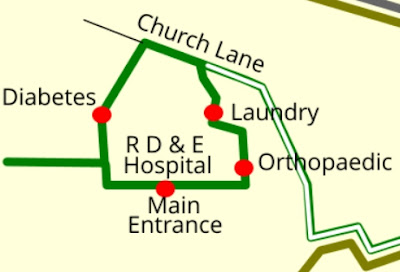 ... calls at the main entrance, then the Orthopaedic Centre ... 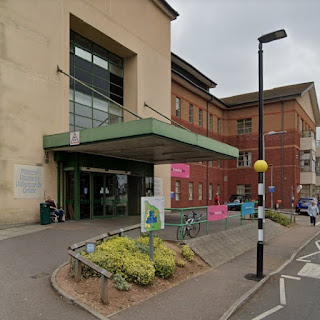 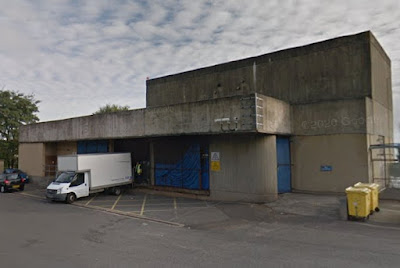 ... before leaving the grounds and using Church Lane. 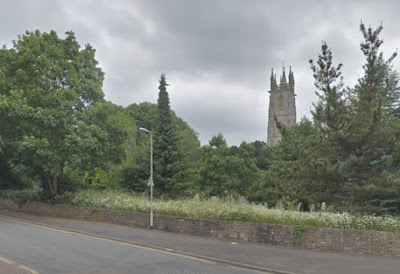 After a few short yards the H turns back into the hospital site ... 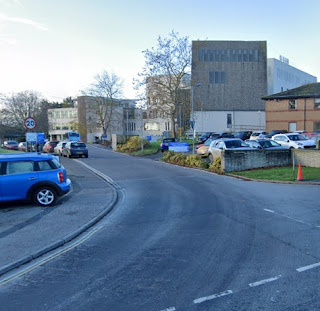 .... calls at the Diabetes Centre, as sought by Elsie Miggins ... 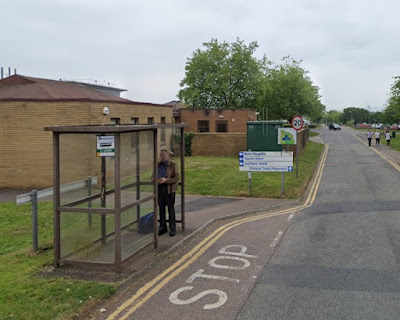 ... and wends its way back to St Davids station.
That is what service H buses do. But it is not what Traveline says. 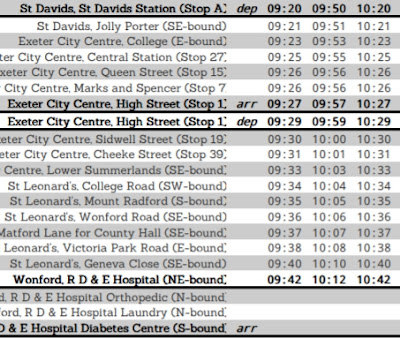 Traveline says that service H terminates at Hospital Main entrance.
Stagecoach's timetable is not sufficiently detailed to show all the stops (click on the timetable for an enlargement) ...

...  but it does have a blank line for the Diabetes Centre! Actually not completely blank, because the 1700 from st Davids station terminate there. Weird - but the Stagecoach timetable boffins have blindly published an extract from their working timetable in which the 1700 does NOT return to St Davids, but ends its run at the aforementioned Diabetes Centre stop and then returns "light" to Matford depot.
ALL the H journeys call at the Diabetes Centre at 15 and 45 minutes past each hour and IF they were shown as such, the journey planner would work.
Instead, calls at the three Hospital stops past the main entrance are on the TO CITY Traveline timetable. 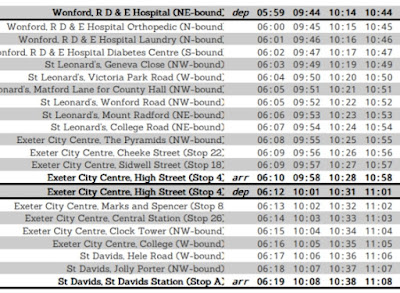 That means that the journey planner requires a wait at Main Entrance of 30 minutes for the next departing H, which, in turn, means that the daft schedules, as reported yesterday, are the best that the confuser can find.
That might be a good slogan for Traveline:-
"Go Dafter, Go Faster!".
Which leaves us with another burning question.
Dear Traveline, where is the 15 minute frequency between Station and Hospital? What has happened to the H1 and H2? Why can't you get to Digby Retail Park by bus, except for one journey?
Stoke Up With Stoke Pies
O.K., not a public transport item, but one dear to fbb's heart and his cholesterol levels! 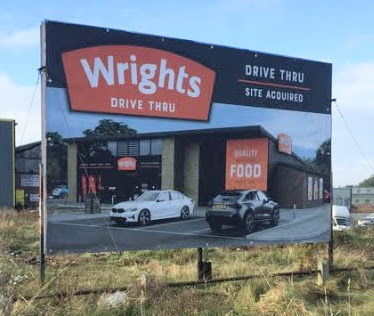 Wrights is a local company whose "signature dish" is a meat and potato pie (slaver) unchanged in recipe from the very early days of the pie making business. 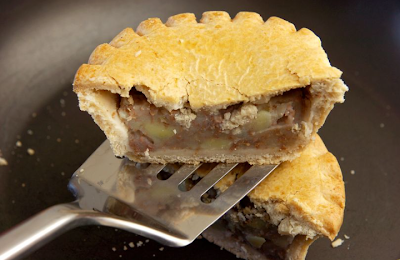 The company has a wide ranged of yummy stuff ... 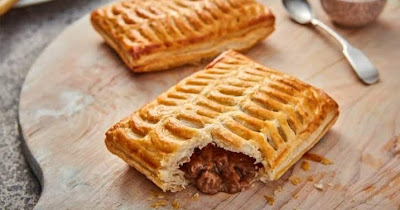 ... although we do not know how diverse the Drive Thru menu is.

Sadly, it's a long drive from Seaton.
Nostalgia IS What It Used To Be!
And fbb is going back nearly 50 years! 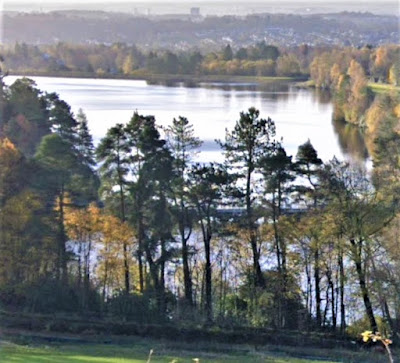 Back then, your aged blog writer was a-courting the future Mrs fbb. Although she worked in London, her family was domiciled in Bearsden allowing fbb to explore the local bus routes, operated by Alexander Midland. One route was fascinating.
The 122 ran from Glasgow to a destination which showed Mugdockbank. It ran, albeit occasionally, from Buchanan bus station via Milngavie and then set off along a sparsely populated road alongside the Mugdock reservoirs. 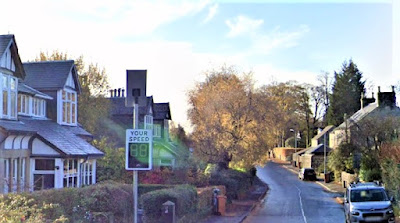 It ran off into open country with the reservoirs on the right. At the first available point, buses would set back into a nibble gouged out of a field and furnished with a railway sleeper surface. That was Mugdockbank.
The nibble is still there, long since deprived of buses and much enlarged to provide additional field access. 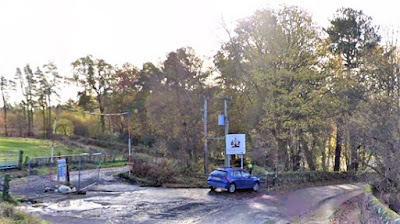 From memory there were peak hour journeys and a couple of daytime return trips with less on Saturday and none on Sunday. Somewhere, fbb has a slide of a bus in the nibble, but its whereabouts is currently unknown. But the route was rarely photographed.
Imagine the old man's surprise when this appeared on line. 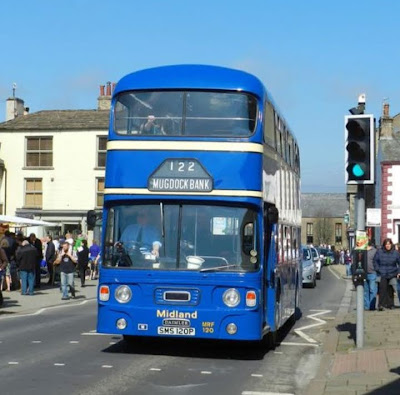 A somewhat newer bus but showing the old destination.
And there's more!
In the big smoke, London Transport were experimenting with all-over adverts on Routemasters. These were something of a novelty back in the very early 1970s.
So the girl friend and wife to be offered to photograph some. fbb's favourite was that for Youngers Tartan Bitter - his much liked tipple (occasionally) of the day.
So this popped up on line. 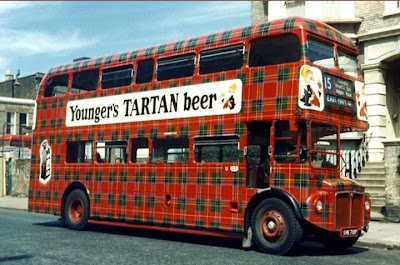 The quality of the above picture is somewhat better than the girl's Instamatic, but the thought was lovely and much appreciated at the time.
And look what it led to.
Green Line P.S.

A week or so back, fbb was bewailing the upcoming demise of Arriva's Green Line 758 from Hemel Hempstead to London. In times past it was the 708 and ran through to East Grinstead. From an excellent on-line archive, which fbb missed first time around, comes a scan of a full Green Line timetable book from 1953.
And here is and extract from the 708. 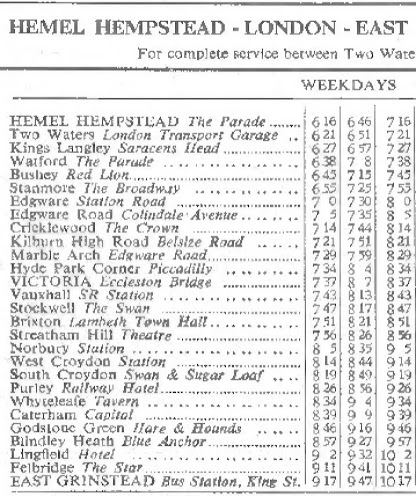 It ran half hourly seven days a week, the only difference being later start time on Sundays. And, although not visible in the above extract, the running times were the same ALL DAY.
Now those WERE the days. And here is a 708 passing Godstone Green. 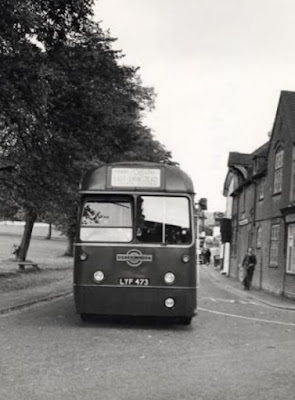 The above is probably at this junction, but with much changed appurtenances. 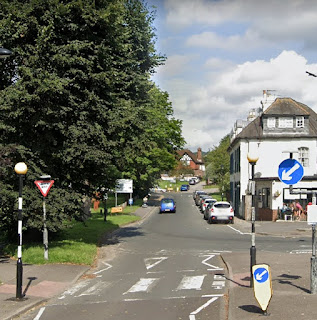 Southdown's 408 is the best that this location can do today. 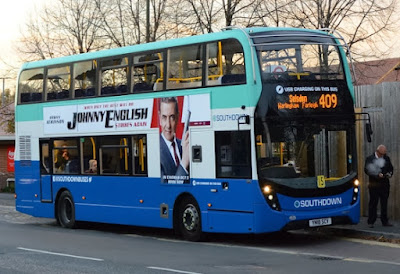 It runs from Selsdon to East Grinstead. 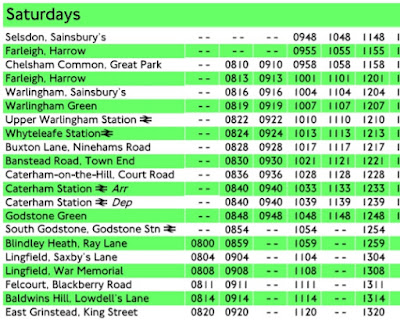