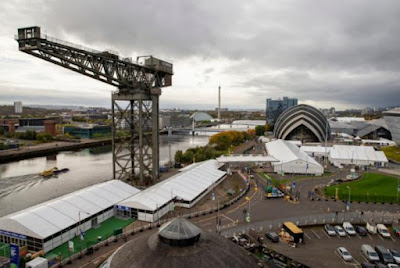 One of the few good things to come out of the Glasgow "do" has been plenty of pictures showing the truly wonderful Finnieston Crane.
The present crane, constructed as a replacement, was the last giant cantilever crane to be built on the Clyde.
It was commissioned in June 1928 by the Clyde Navigation Trust, the operators of the port and dock facilities in Glasgow, completed in 1931 and commenced operation in 1932. The tower was built by Cowans, Sheldon & Company of Carlisle and the cantilever by the Cleveland Bridge & Engineering Company, under the supervision of Daniel Fife, mechanical engineer to the Clyde Navigation Trust. 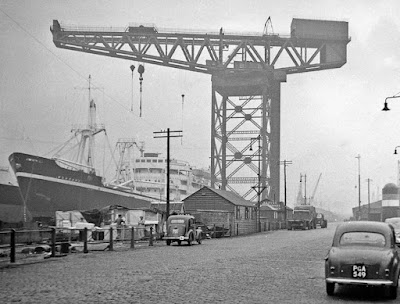 The total cost of the crane and foundations was £69,000, 85% of which was met by the Trust. It is properly known as the "Stobcross Crane" or "Clyde Navigation Trustees crane No 7", but its proximity to Finnieston Quay, and the fact that it was intended to replace its predecessor, has led to its being popularly known as the Finnieston Crane.
It was most famously used for loading whole lomotives made in Glasgow for export world-wide. 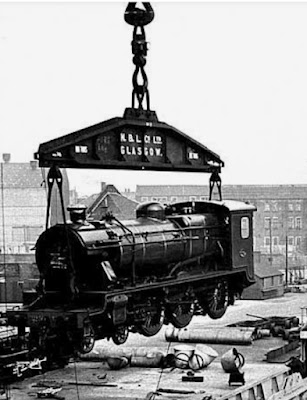 Also nearby was the Clyde foot tunnel (as once traversed by fbb) ... 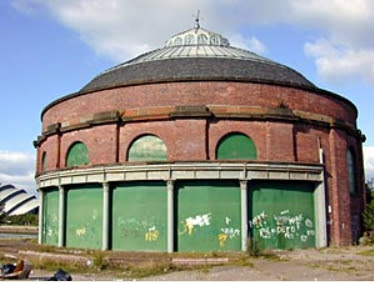 ... and the Finnieston ferry which fbb never rode! 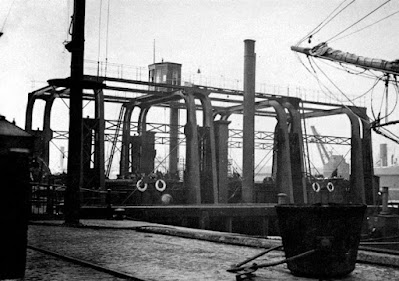 The large doors on the tunnel rotunda originally allowed vehicles to travel down and up by lift! And long after it became feet only ... 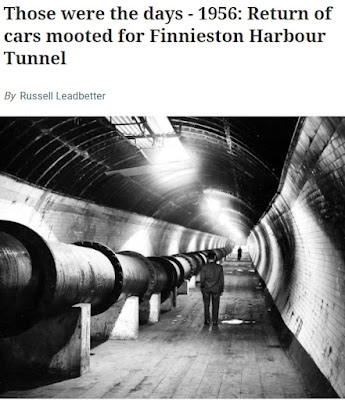 COP26 (The Conference of Parties Number 26) was still attempting to agree its conclusions as this blog was being prepared, but everyone and everything that might have been classed as "green" public transport was being paraded in Glasgow, as fully reported by the December edition of Buses magazine. 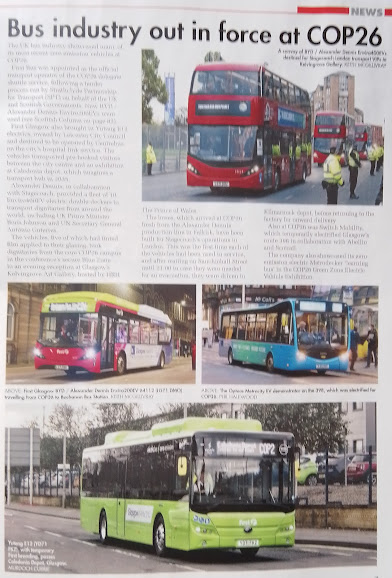 There were trains as well; either actually trundling around or heavily promoted.
Viva Rail Battery 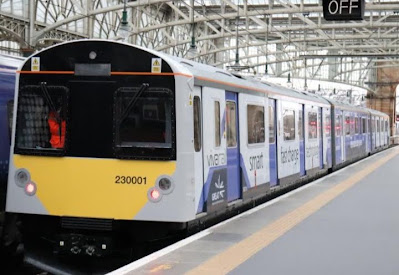 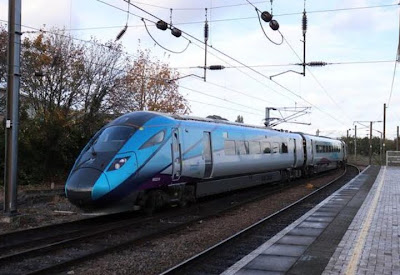 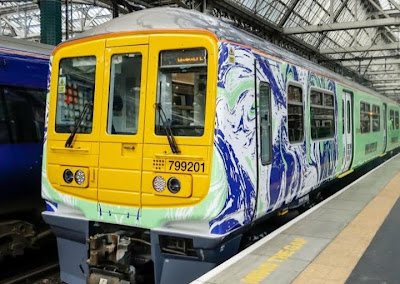 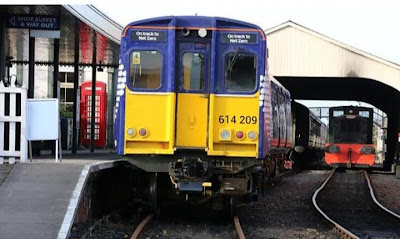 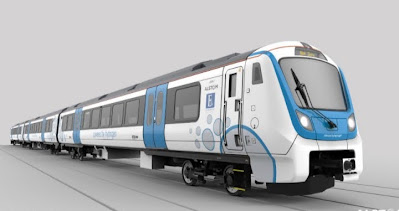 Clearly Hydrogen power is the new craze, but, realistically, NONE of the above will make very much impact on Global Warming until somebody sorts out the purity emissions at the plants producing the power.
Never mind, as Gruesome Greta has opined (tediously and at length), COP 26 will probably be just another fortnight of "Blah, blah, blah" with conclusions that are inadequate to make a difference.
Was it not one M Thatcher who said that compromise and consensus marked the lowest and weakest point at which any agreement can be made?
Seasonal Excitement At Rhyl Station 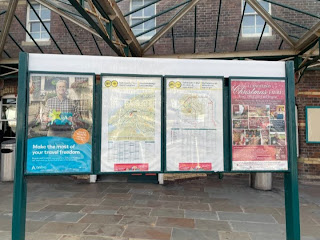 A lavish and festive poster advertising the Christmas Fayre just along the line at Llandudno. 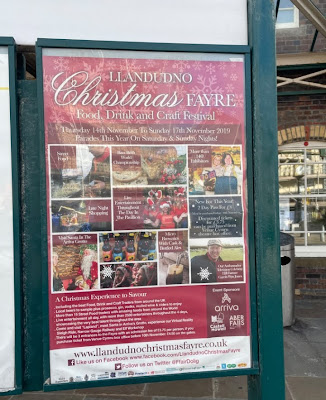 Before rushing off to book your tickets, maybe check the date? 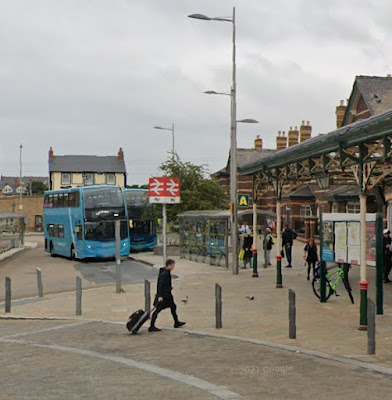 ... so maybe nobody is in charge of the display and nobody bothered to change it!
Not my job, guv!
A Hand For fbb - The Sequel 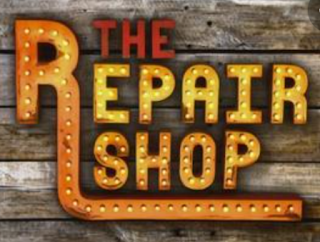 Plenty of people will sell you a tank wagon with a hand. But it will either be a modern plastic model from Bachmann, now out of production ... 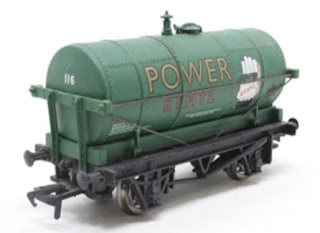 ... or something in poor condition but with the tell-tale pre-war couplings (also frighteningly expensive) ... 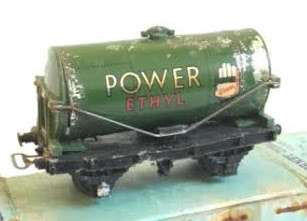 ... or with post war Peco couplings - but still very expensive. 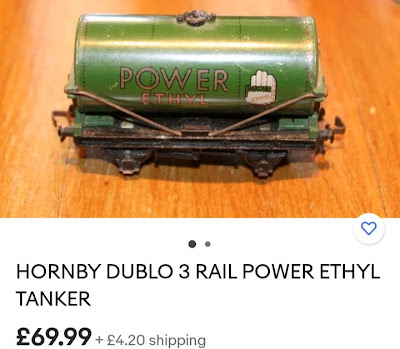 In 1939, the original cost three shillings and six pence, the equivalent of £10 today. So for its day it was very expensive then.
But when fbb saw a white hand plus pre-war coupling at a reasonable price, he decided to risk it. 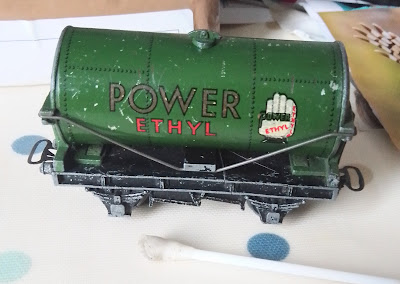 It was "play worn" and had a few faults. The buffers were busted and part of the coupling bracket was missing at one end. 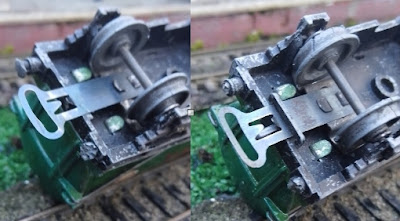 But it was about half the going rate because of the damage and the lack of a box.
Then came a little stippling with matching (?) green paint as by Lucia Scalisi ... 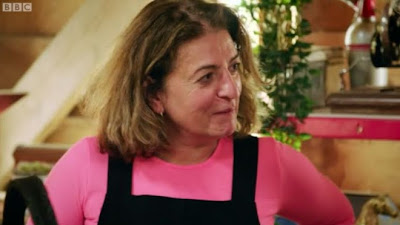 ... from TV's The Repair Shop. This was to cover some of the more obvious scratches; conservation rather than full restoration.
The next move will bring shrieks of horror from the purist collectors of old model railway stuff. fbb cleaned the tank as best as he could and gave it a coat of gloss varnish,
Sacrilege!
But it did bring out something of the faded colours of the original . 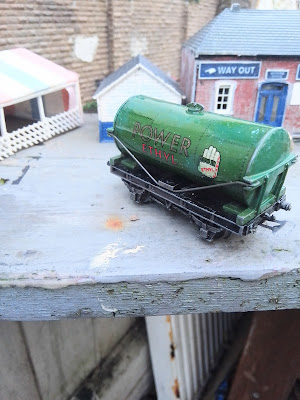 Ethyl in red, not petrol in silver or gold, spooky white hand and pre-war couplings.
fbb will consider the dilemma of the busted buffers at a later date. But it is more authentic than the old man's first "marriage". 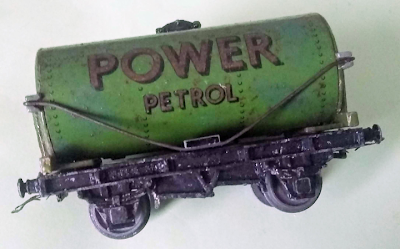 The old man has, sort of, completed his collection.
But there's a new one on the horizon. 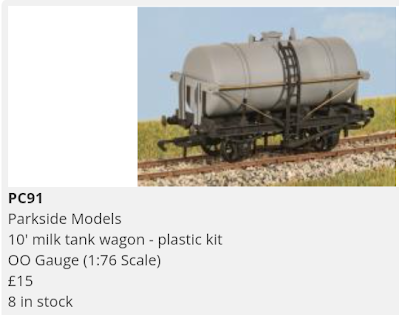 Looks familiar, however?
Talking Of COP26
McGills had some excellent on-line publicity for various diversions to avoid protest marches. 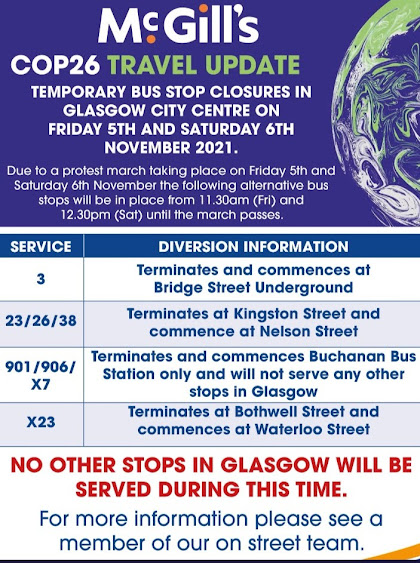 And a map as well! 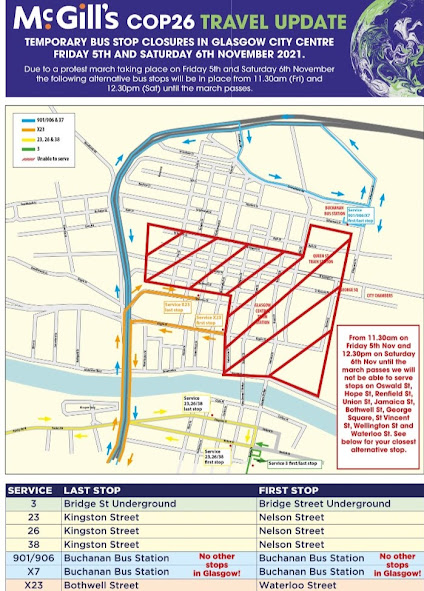 fbb thinks they should have emphasised "no other stops in CENTRAL Glasgow". But the canny Scots would understand. fbb gathers that "missed out" stops were suitably adorned.
Well done Jimmy!
Tomorrow we go to East Yorkshire ...
... but for today ... 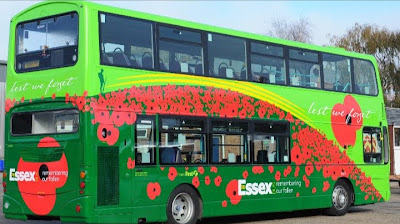 We WILL remember them!
Next Withernsea blog : Monday 15th Novenber
Posted by fatbusbloke at 02:00