The origins of the much admired network of London's Coach Services can be traced back to the London General Omnibus Company which, in 1927 for example, was serving towns well distant from the urban sprawl of 1920s London. 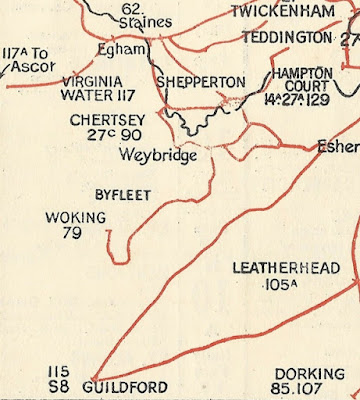 Many of these routes ran all the way from London terminals at Underground Stations on the fringes of the central area. 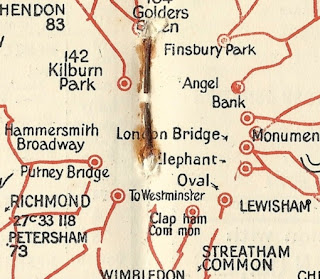 Some were subcontracted to other companies, a business model that is well practiced today!

With the formation of London Transport in 1933, these services (and others taken over) became the basis for the Green Line network.
London General (and its partners) ranged much further than just "London" 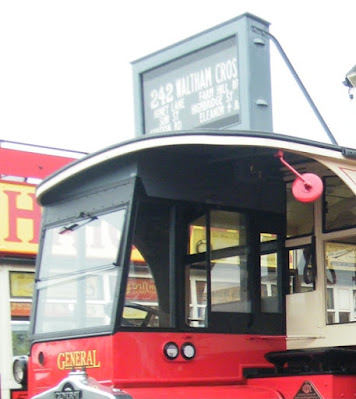 For a while services ran from a coach station in Poland Street, Soho ... The frontage is changed, but the backage remains and today it is Q Park Soho. 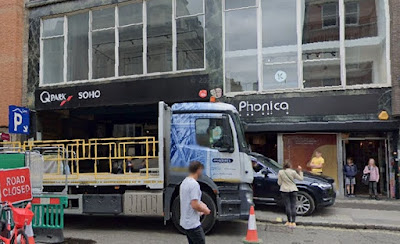 Green Line routes pre WW2 were lettered, not numbered but they still ranged far and wide. 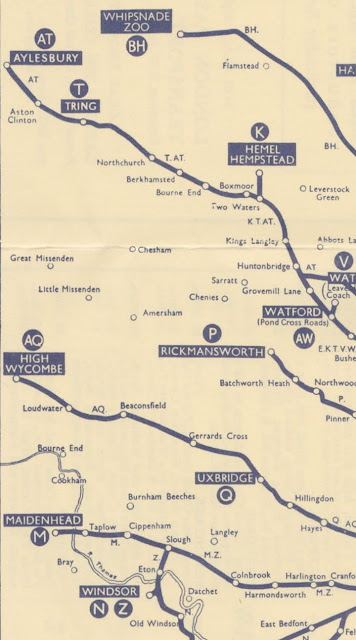 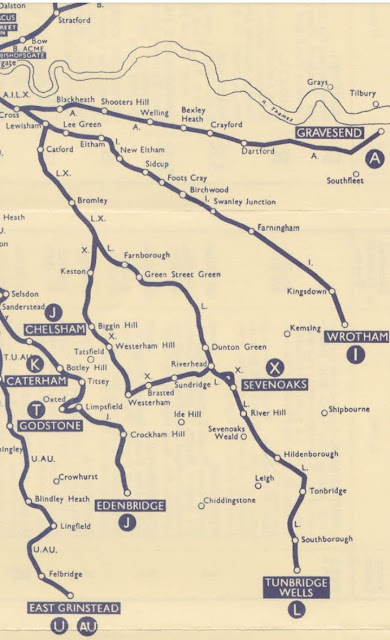 ... which ended up at Caterham!
Tunbridge Wells had a Green Line Coach Station, seen below in the early 1970s ... 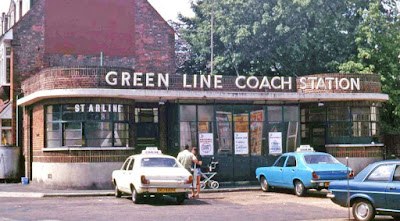 ... where these lettered coaches stand ready for their eager long distance passengers! 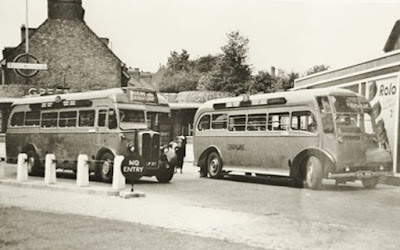 The network was suspended "for the duration" and further developments would follow once services were re-introduced.
The main change is that the routes were numbered in the 700 series, with Hemel Hempstead being served by 708 ... 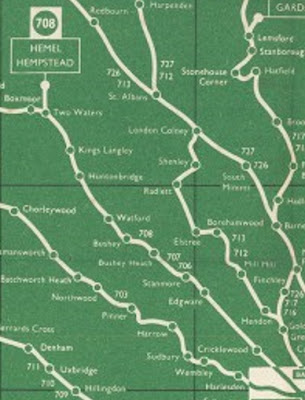 ... which now runs through to East Grinstead. 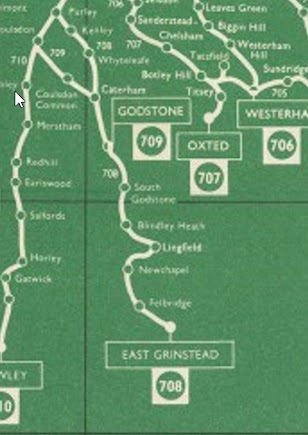 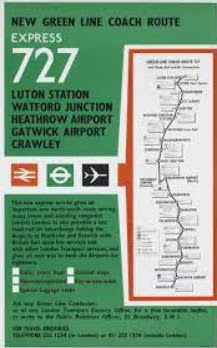 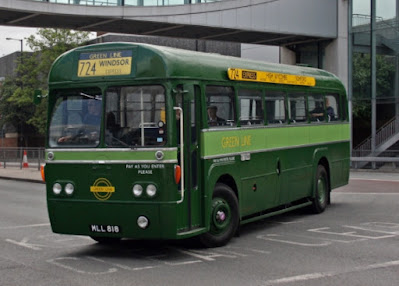 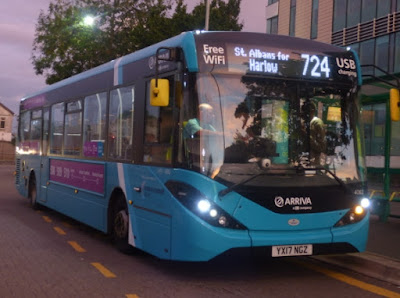 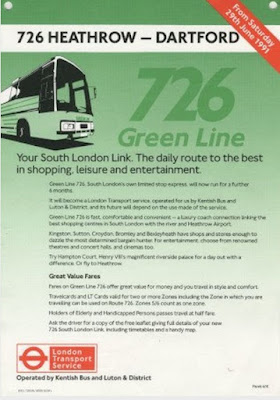 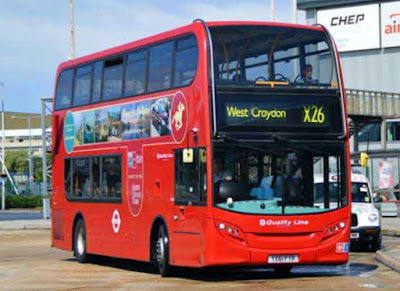 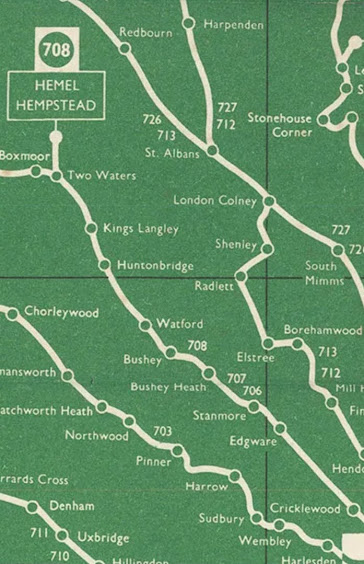 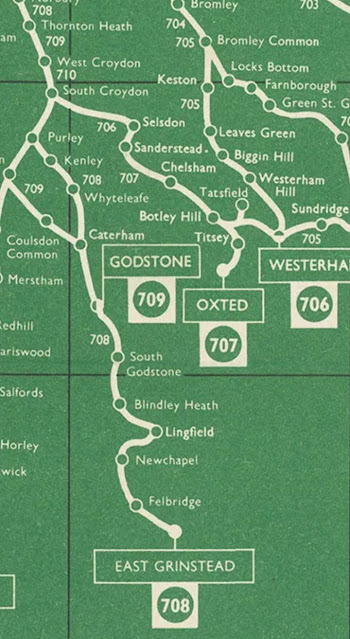 As holidays by plane grew in popularity, more airport services appeared under the brand Jetlink which even warranted a picture postcard for the Heathrow Gatwick link!

National Express is now the major coach operator for the London airports. 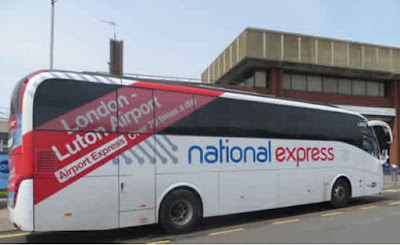 Such was the "cachet" of Green Line, that the network warranted publicity for visitors from overseas.

France above and Spain/Italian below! 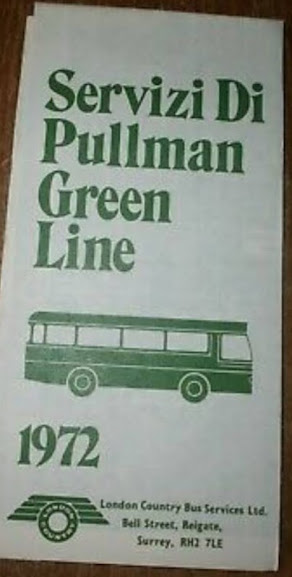 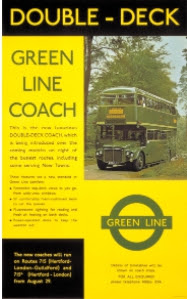 So what went wrong?
Christmas Is Coming ...
... to fbb Mansions. 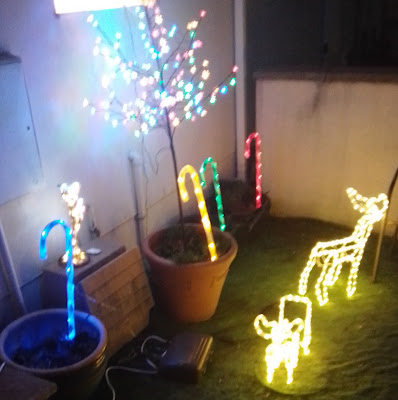 Next door has planted most of their Christmas lights - already! Now, of course, it would be beneath the dignity of the fbbs to indulge in a competition - no way, very childish! 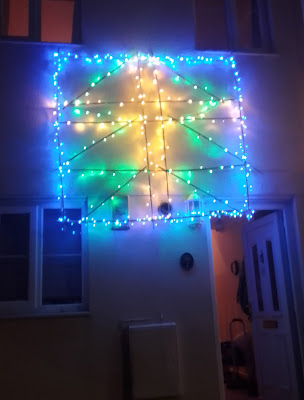 But with the help of No 1 son, who is visiting for a long weekend, the tricky bit of the old folks' display has been heaved into place on the face of the hereditament. More to come, of course, but you would expect the fbbs to start with the cross of Jesus.
fbb cannot quite remember where internally illuminated walking sticks appear in the gospel narrative. But then neither does a Christmas tree!
And From Hulleys ...
... a sad X57 farewell.

Hello all.  After what will be 441 days, the Snake X57 will be withdrawn after operation on Saturday 8 January 2022.  This was a very difficult and even emotional decision to take, but for a myriad of reasons, ultimately the passenger numbers weren’t quite there. We feel that, despite a number of obstacles, we have given the service every opportunity to develop and succeed but, unfortunately, good will and kind words don’t pay the bills.
I would like to place on record my thanks to each and every customer for giving us and the X57 a chance to serve you.
I would also like to thank our amazing team of Drivers who’ve battled their way through temporary traffic lights, snow, ice, road closures that were announced, road closures that weren’t announced along with some outrageous diversions, diversions on diversions, unannounced road closures on diversions on diversions and the infamous Mottram Moor bottleneck.  Our Engineers for their skill, dedication and response, often dozens of miles away from base, whatever the time, whatever the day.
To our Marketing team Alan, Jake, Jonny and Nathan for getting the stops up and the timetables out, spreading the word with some of the best creative thinking in the business.
To Derbyshire County Council’s public transport team especially to Anthony, Janet and Phil, also to Alex for getting the bus stops out on the Snake Pass.
To our Operator friends for their kind words of support, proving beyond all doubt that our industry is at its best when we support innovation, our people and most importantly each other. Thank you everyone.  We hope you enjoyed the journey.
Next  Green Line  blog : Tuesday 23rd November
Posted by fatbusbloke at 02:00