Good And Not So Good 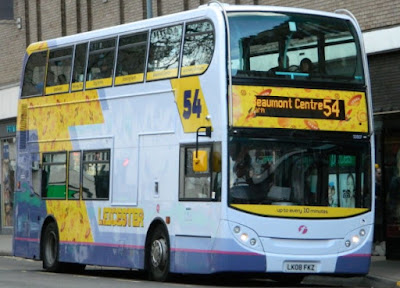 fbb has been privileged to attend the launch of some very intriguing livery variations at Leicester. Above is one of a batch of buses using Leicester "icons" on the coloured panels. A lunch and a view at Leicester Racecourse was entertaining and spectacular.

The artwork on the vehicles aims to connect the cultural and historical roots of the city with the people and places of Leicester as it is today. Each of the company’s 13 routes will have a specially designed theme that is associated with the area. The first three routes to be launched cover Leicester’s involvement in space research and technology, the work of Leicester born designer Ernest Gimson and Leicester’s heritage as a centre of hosiery and textile industry.

But it never happened! What did happen was the near universal application of purple front wedges ... 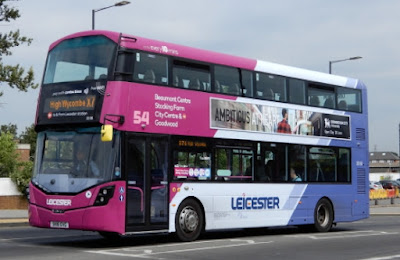 ... service 54 "wedged" not yellow.
Disappointing.
Some single decks did not even have route branding ... 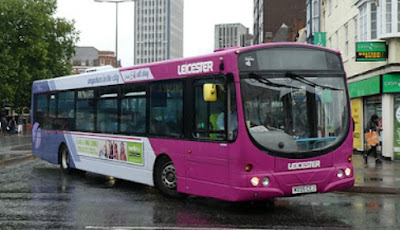 Some even moved to Doncaster taking the curse of purple with them.

What also happened was vehicles in heritage Leicester livery, the double deck in bus colours ... 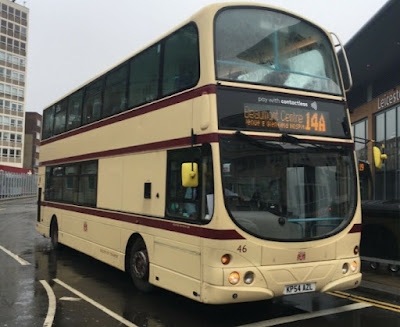 ... and the single deck in a representation of Leicester's tram paint job. 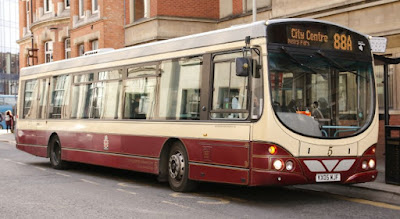 But there does seem to be an willing ness to have another go at Leicester. Maybe the senior management at First has finally ditched the Barbie colour scheme (although "colour" was not the best word!) 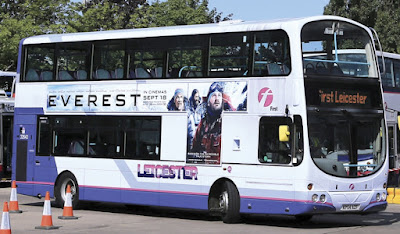 The first to appear in recent times is the "Saffron" livery. 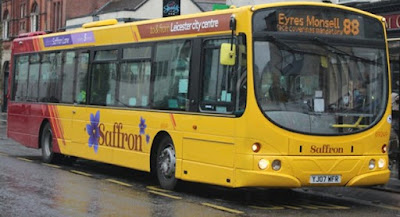 Yer actual Saffron is a "spice" with a subtle flavour (some would say no flavour at all!) made from the orange stamens of its purple flowers. 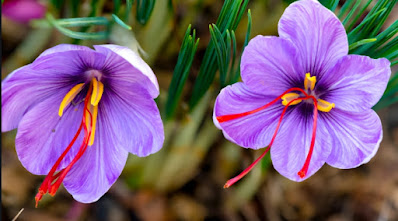 These have to be removed by hand, which makes saffron very expensive. It is used mostly for its rich yellow colour.
Saffron Lane was a well-known Leicester bus destination ... 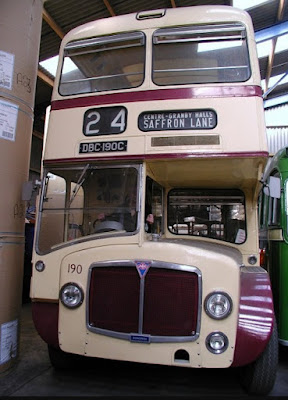 ... so the brand is very appropriate! Today's 88 goes a bit further than Saffron Lane itself. 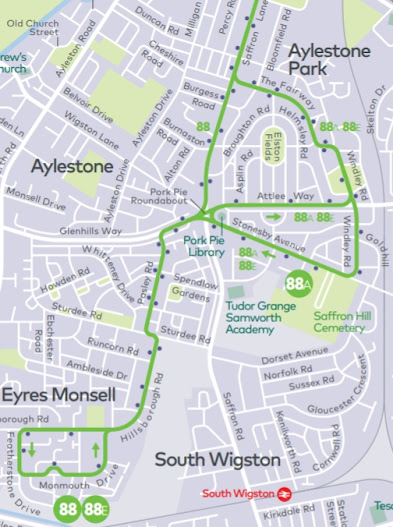 It is a pity that the map colours don't (yet?) match the bus colours. The route runs every 6 minutes, Monday to Friday, on the core of the route.

The Braunstone Bus was the next to no appear. 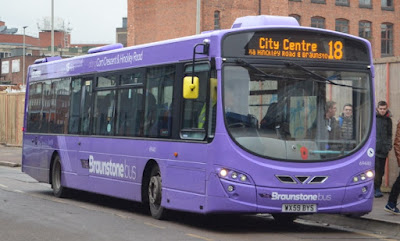 The overall violet (mauve?) seems to deceive the camera ... 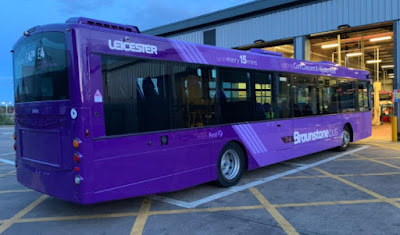 ... sometimes looking dull, sometimes bright. It is distinctive, but not as "wow" as the Saffron. The route terminates at a large roundabout at the end of Hallam Crescent Road ... 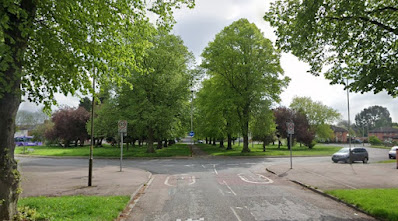 ... a name which seems more Sheffield than Leicester! And there is one doing it! 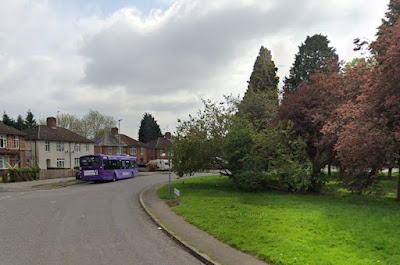 Unlike the 88 group of services (The Saffron) the Braunstone Bus 18 is hardly "frequent"!

Service 14 was one of the first batch of route branded but not pursued pioneers ... 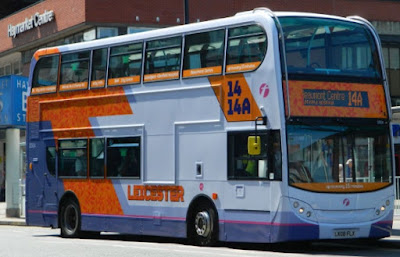 ... and it is the 14 and 14A that we shall look at in the main part of tomorrow's blog.
New Train Goes : With Island Woes
On Monday (1st November) and after lengthy delays the new old London Underground trains started running between Shanklin and Ryde Pier Head. Things did not go according to plan. 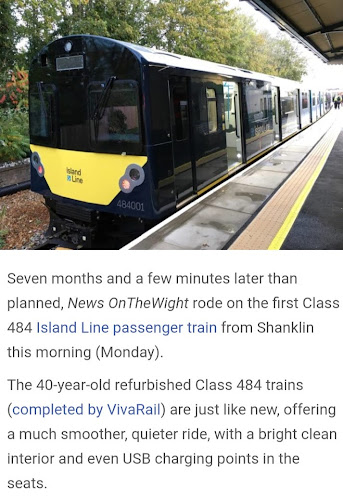 Impressive? Maybe the train is ... 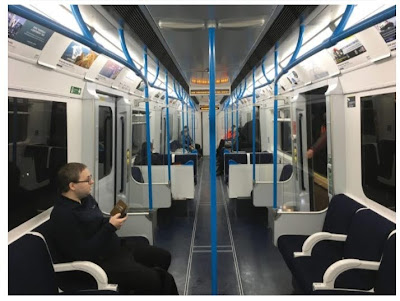 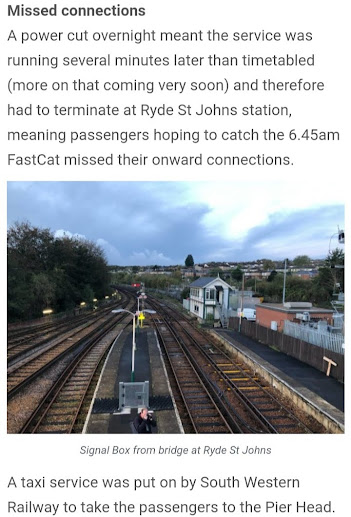 Whoops! Then later on Monday ... 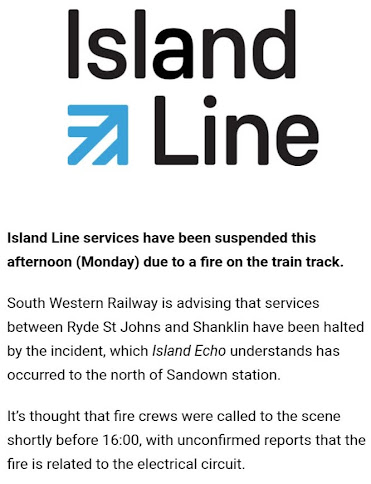 All reported on Social Media. 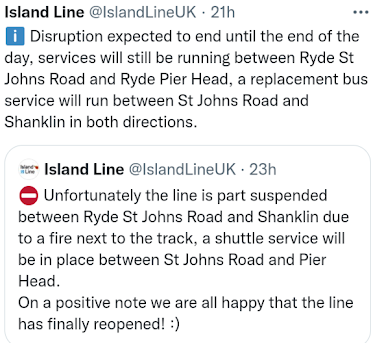 Part suspended? Almost ALL suspended!!!!
Positive?
And, just for interest, whatever happened to the promised half hourly service, making use of the highly expensive new passing loop at Brading?
fbb will reveal all tomorrow.
Next Leicester Livery blog : Thurs 4th November
Posted by fatbusbloke at 02:00