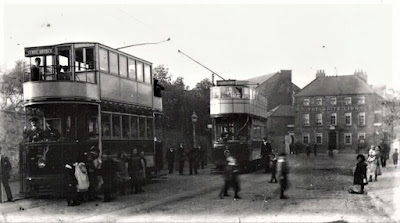 These two trams are seen resting peacefully at The Broadway, Houghton le Spring in County Durham. The one at the front is going to Fence Houses. 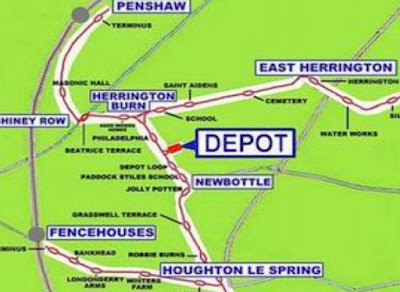 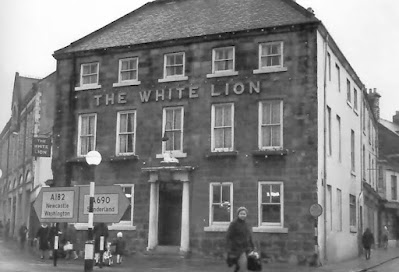 ... which has since been rebuilt completely. 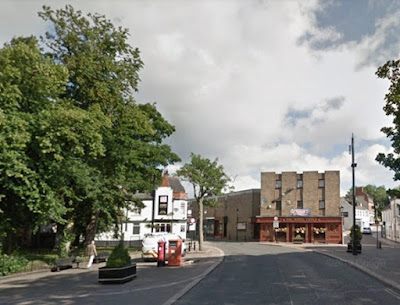 But the tram layby is still there on the left! Not bad considering that the tram system closed in 1925 after only 20 years of trading.
Its route continues southbound to Easington Lane ... 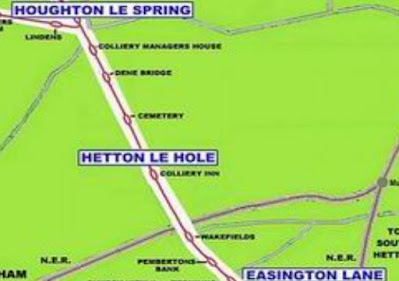 ... and from Herrington Lane eastbound to Silksworth and Ryhope ... 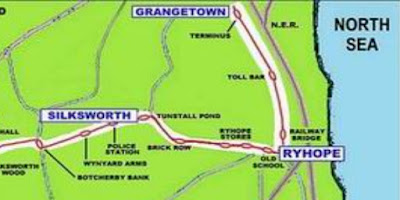 ... then northbound to Grangetown. This was the short-lived Sunderland and District Tramway. There is little left to see apart from spotting the occasional photo location; but between Newbottle and Herrington Burn the power station for the system still stands on the former depot site. 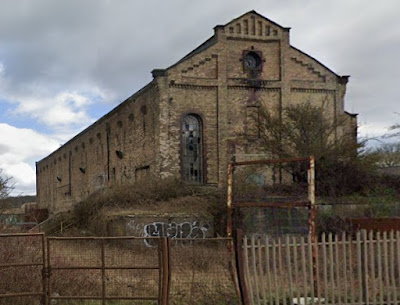 At Grangetown the largely single track system met up with Sunderland Corporation Tramways ... 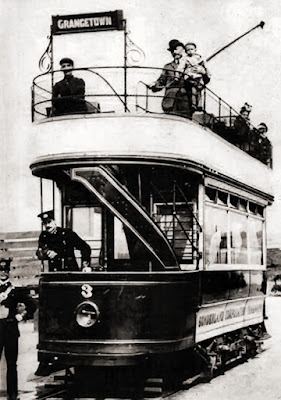 ... and for a few brief years Sunderland and District trams actually ran through to Sunderland!
For those uncertain of the geography, a modern map extract may help. 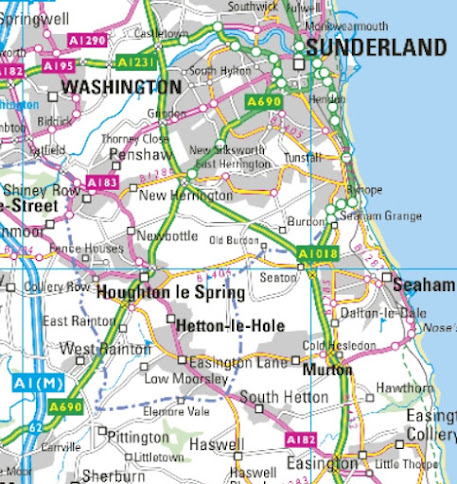 The Corporation routes south of the River Wear are shown below ... 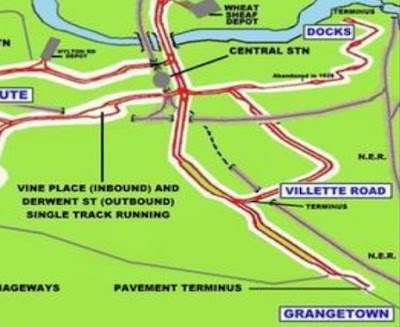 ... with the Grangetown terminus and/or connection bottom right. Here trams ran off the highway and onto a terminus siding on the pavement. 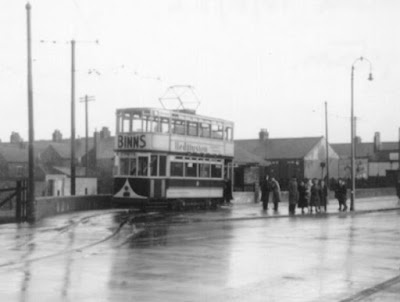 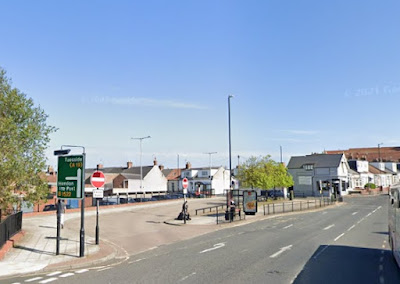 It looks about right, doesn't it?
Trams along part of the Durham Road ... 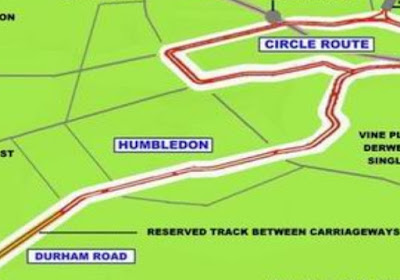 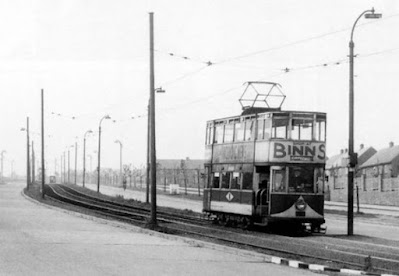 Today, the reservation greenery remains and there are a lot more trees. 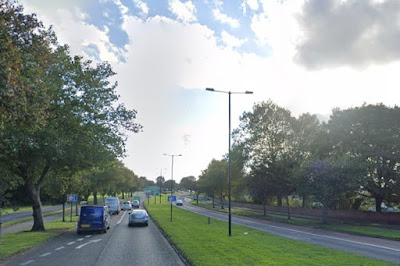 The terminus shelter is long gone! 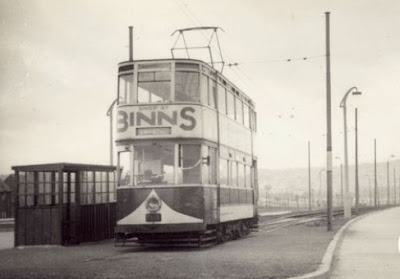 Tomorrow, we move north of the river.
Cats Cradle
If Ray Stenning can twitter about his cats, fbb feels obliged to respond. Here is No 3 son's cat, a Cornish Rex (look it up). This breed has no "fur" merely a skin with a covering like a bath towel. They feel the cold dreadfully and like to keep cosy.
So No 3 bought Casper a very large slipper! 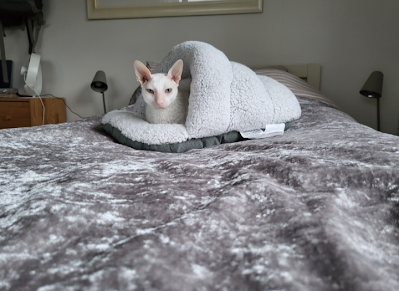 Meanwhile Mrs fbb has knitted a scarf-thing for daughter-in-law (wed to No 1 son). 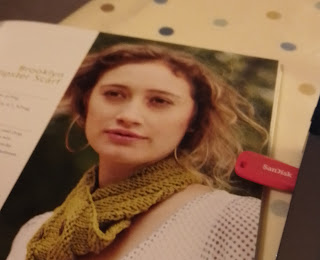 It has been annexed by the cat. 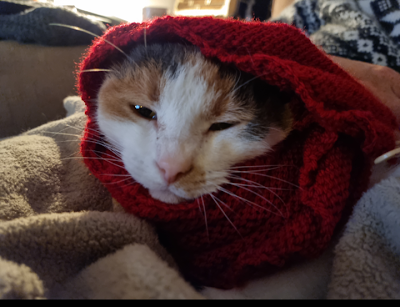 The Ultimate Railway Poster
fbb has been commenting on the unrealistic perspective of many of the posters advertising holiday trips by rail. Maybe this is the answer. 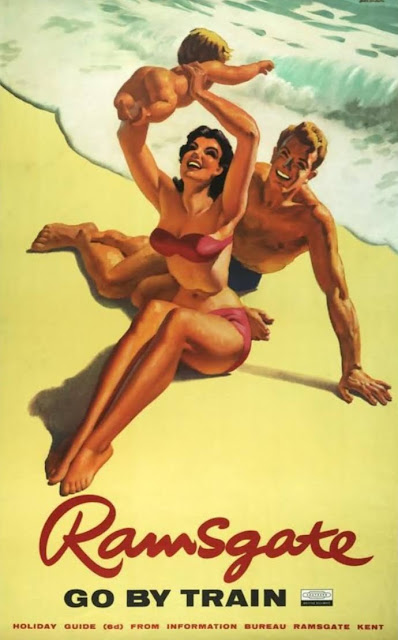 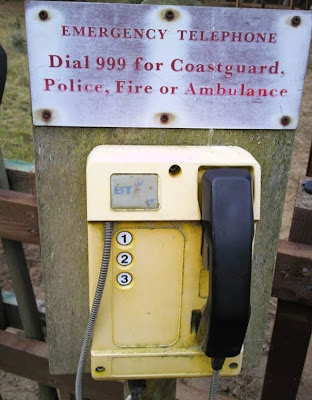 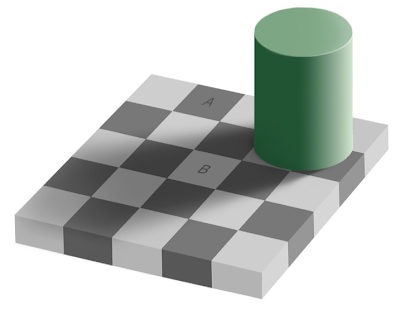 Similar to yesterday, squares labelled A and B are the same shade of grey! Again, here they are as screenshots.

No trickery - take a screenshot fot yourself!
Next Seunderland blog : Wednesday 1st December
Posted by fatbusbloke at 02:00