... the first look at its new publicity. 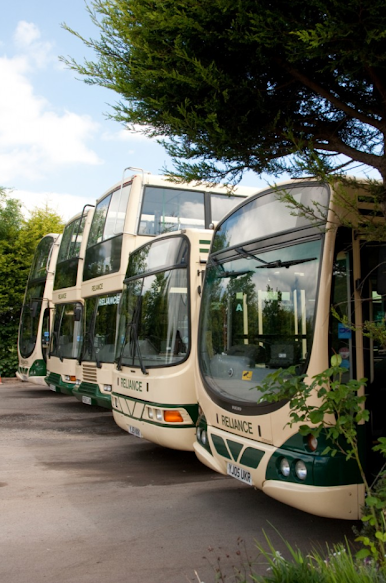 The company has always produced adequate publicity and the clutch of leaflets pictured above has been readily available in and around its services running north from York to Easingwold and the like. But, unusually for a small company, Reliance has recently turned to the Bike-riding Bearded Bus Beautifier from the Bush for publicity aimed at giving the best impression.
The new timetable booklet is OUT! 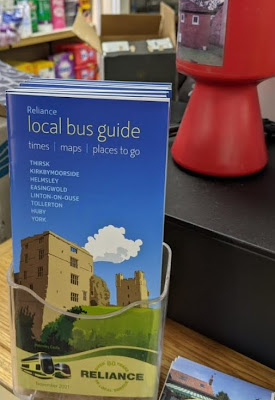 It certainly has the Stenning "blue period" look. The above was pictured in one of the local shops distributing the pleasing publicity pulchritude. Copies are also available on the buses. 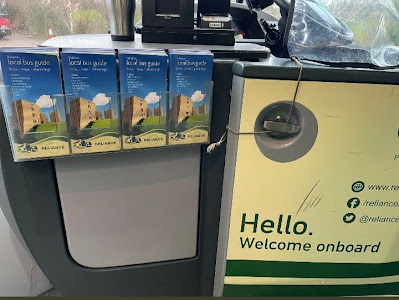 Three rousing cheers for Reliance; Stagecoach, First and Arriva, take note.
fbb  hopes to review book and company in detail in a few days.
Half a Cheer For More Bus 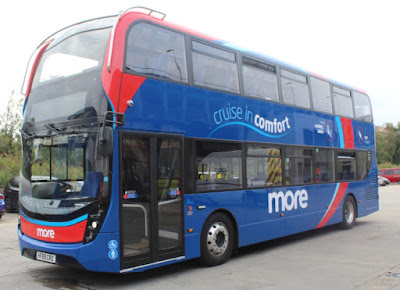 More, formerly Wilts and Dorset, formerly Hants and Dorset, operates out of Poole. Now owned by Go Ahead and part of their South Coast Division, the company has a reputation for smart buses and frequent services. The wasteful competition with Bournemouth's Yellow Buses has been somewhat mitigated in recent years.
More has a seasonal fares offer which, at a distance looks wowsers.

How many groups of five travel, together, by bus is uncertain - but it looks a stunning offer which can only encourage more travel, surely?
It doesn't look quite as stunning when you read the small print. 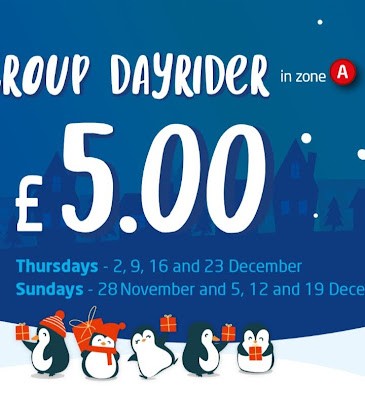 The offer is only available on Thursdays and Sundays in the run up to Christmas.
Disappointing.
Would making the offer for every day lose more revenue than it gains? Maybe, to quote Sir Humphrey Appleby ... 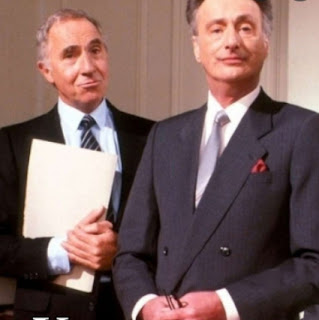 ... such a policy would be very courageous, More Bus.
Go Goodwins: Go Into Gloom!

The Manchester company is well known for its unusual and dramatic livery - very swirly. Sadly there is also a trend to earn extra revenue by plastering vehicles with all over advertising. 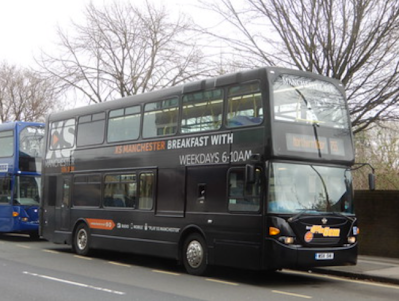 Very black! The registration plate for the above bus has been transferred to another - WHICH IS ABSOLUTELY AWFUL. 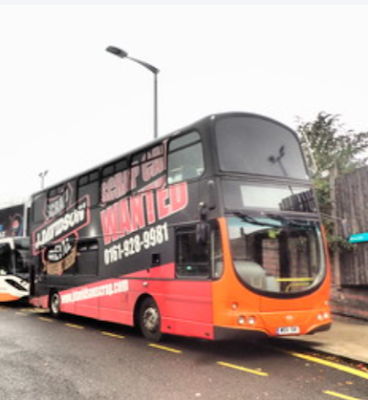 Contravision, giving a spotty measles view of the world outside, covers almost all of the windows including the top deck front. Thankfully the disgusting spots were later removed ... 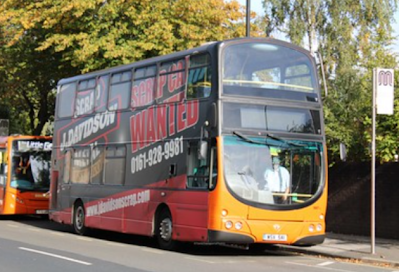 ... but the whole thing is simply insulting to passengers. The windows are there for a purpose, so see out of from. (flippant over use of prepositions to end a sentence up with!).
Northampton Memorial 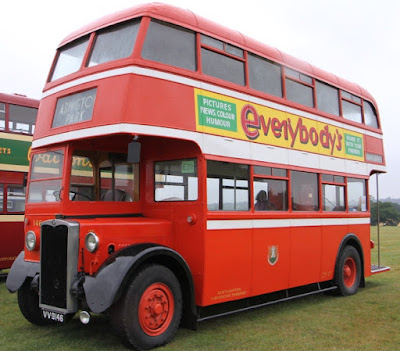 In December 1946  Northampton Corporation Transport received ten new buses with bodywork by Roe on  Crossley DD42 chassis (Fleet numbers 140 -149, VV9140 – 9149).  On Wednesday December 1st surviving restored 146 is planned to do 75th birthday trips on routes –
7 – To Gloucester Avenue
12 to Dallington Green and
Boot and shoe workers’ service 20 to Military Road.
The first journey should leave Bay 18 in Drapery at 1015.
The table below is for route 20, crossed out in timetable books after its withdrawal. 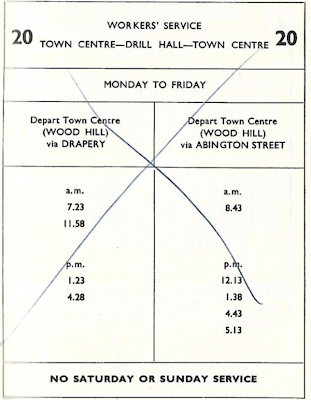 Thanks to Alan (Northampton) for the info and for a picture of 146 on a previous visit to Dallington Green (now unserved), but a delightful unspoilt former village of golden sandstone cottages. 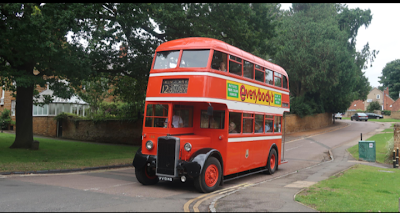 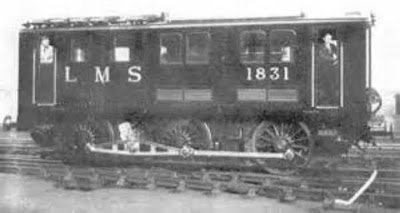 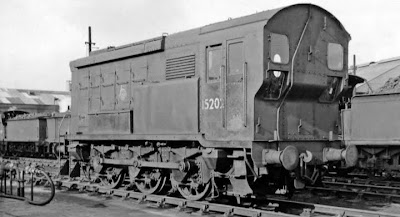 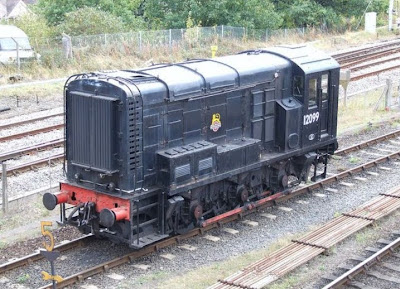 Many still remain on the National network and more on the privatised heritage railways.
But up comes a BRITISH new-design new-build loco to replace the Gronks. (nicknamed by spotters, probably because of the clunky start-up noises that emanated from the engine compartment).
This is a hybrid. It has batteries which can be charged e.g. overnight, and a small diesel engine which also charges up the large battery pack.
This video is actually for an OO model of the new loco, but explains things very well for the beginner in shunter design.Want one for your layout? 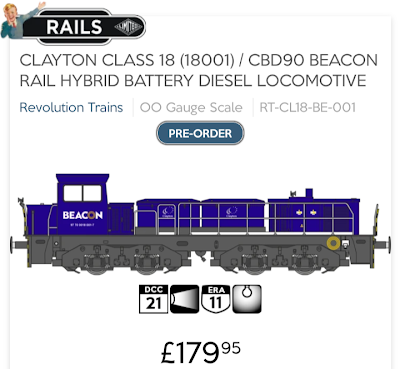 Ahem! Of course you can have DCC and a sound chip - in which case... 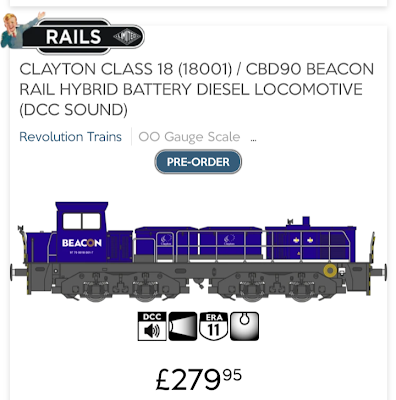 The big ones are being built at a modest factory in Burton on Trent. 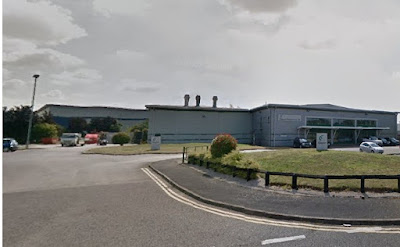 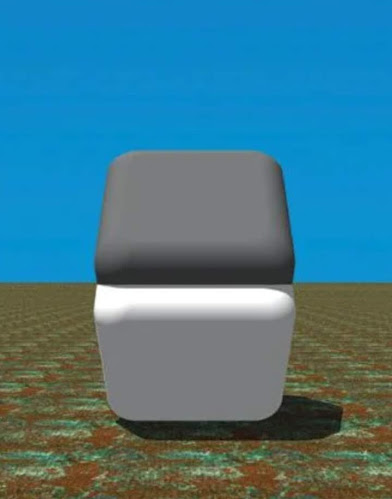 This optical illusion is hyper weird. The main part of each of these these two shapes IS THE SAME SHADE OF GREY. Really!
Here is a screen shot from the top "block" ...

... and from the bottom block.

Honest, no trickery; try it for yourself. OR you can cover up the join between the two blocks with a large thumb or a strip of cardboard.
Weird!
Less weirdly ...
Next Sunderland blog  ; Tuesday 30th November
Posted by fatbusbloke at 02:00