Hither And Thither To Withernsea (3) 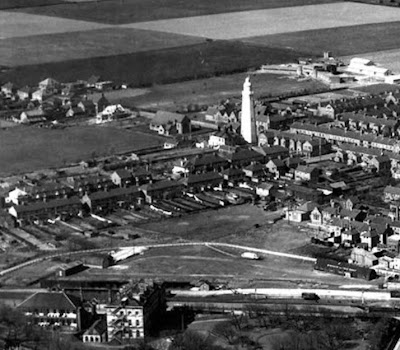 Looking across the former Queens Hotel, erstwhile Station Hotel, and the station itself, we espy Withernsea Lighthouse. And there it is, courtesy of Google Earth, about a quarter of a mile away from the sea, along the Hull Road. 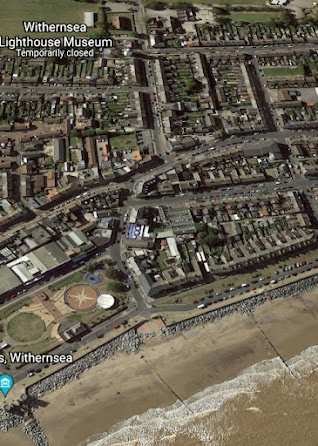 A strange place to put a lighthouse, you might think. Indeed when it was built there were very few buildings between in and the foaming briny. 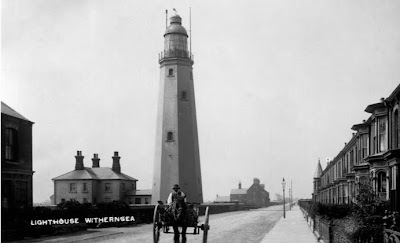 Later, the town spread to surround it. "Oooh, look, mummy, there's a lighthouse in the back garden!" 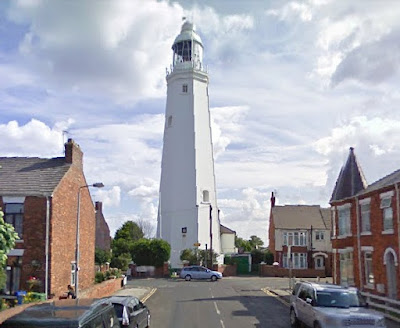 Fear of coastal erosion led to it being positioned well back.
In 1936 the light was electrified: it was given a 100 volt, 1500 watt bulb set within an eight-sided revolving third order Fresnel lens array, which displayed a white flash every three seconds with a range of 20 miles.)
The lens weighed two tons and floated in a mercury bath; it was turned by clockwork. The lighting system, lens and clockwork mechanism remained in use into the 1970s. Before decommissioning in 1976, the lighthouse was operated as a 'man-and-wife station', run by a couple who were accommodated in the adjacent cottage.
It is 127 feet tall.
That fact may help us to be impressed with the sea front "castle" that dominates the L N E R poster, drawing rail passengers to the delights of this East Yorkshire town. 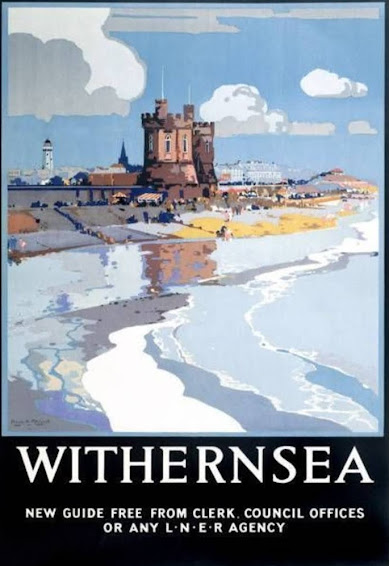 The artist is commissioned to make the place look super-smashing, so you can easily imagine mediaeval residents of proto-Withernsea defending their hamlet against the marauding tribes of Nordic terrorists. But you can never be sure of perspective.
Except that the "castle" is not very big at all. 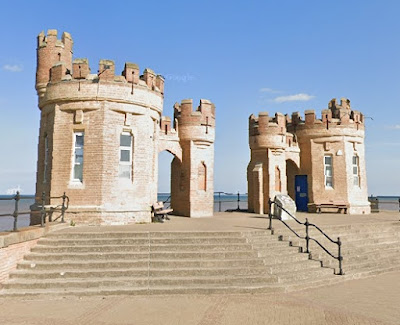 Note the bench and blue door, which makes this steadfast defensive position a modest 15 feet high to the main battlements.
It is, and never was, a castle. It is the gateway to Withernsea Pier. 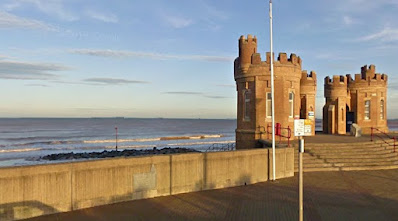 Only the town is bereft of the pier to go with the impressive entrance.
In 1871, a local entrepreneur, Anthony Bannister, formed the Withernsea Pier, Promenade, Gas & General Improvement Company after the railway had opened to Withernsea from Hull. Bannister realised that improvements to the town would encourage daytrippers.
Construction of the pier started in February 1875, the length was determined to be 1,230 feet and the width was 21 feet 6 inches. The pier and pier towers were in a direct line from the railway station across Pier Road. The two castellated towers at the landward end of the pier were noted for being modelled on Conwy Castle.
But there were problems!
March 1875 : during the construction phase, a crane collapsed crushing and killing a 17-year old boy beneath it.
28 February 1877 : a storm loosened some of the staging around the new pier construction. This all then came away and slipped into the sea demolishing one strut and bending girders. The damage delayed the opening of the pier.

28 October 1880 : a fierce storm in the North Sea drove two ships into the pier; Jabez hit the end of the pier and sunk with all hands, whilst a coal barge named Saffron struck the middle of the pier gouging out a 150 foot gap. 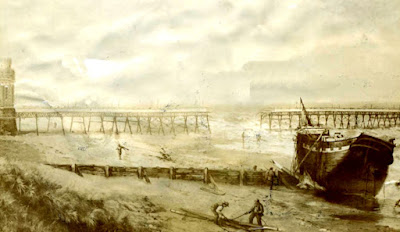 6 March 1883 : another storm washed away the pier head. Over half of the seaward end of the pier from where the Saffron struck it, was washed away in a gale.
20 October 1890 : the wreck of the fishing smack Genesta crashed into the pier reducing its length by a further 300 feet.
22 March 1893 : the vessel Henry Parr crashed into the pier on a stormy night. This cut the pier and left only 50 feet extending from the pier towers.
What was left of the pier closed in 2001. 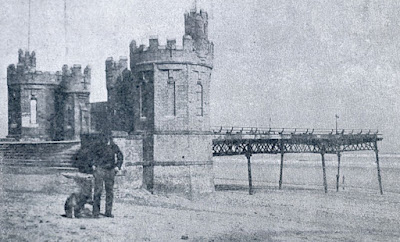 There are proposals for a new pier, to be built in a four stage process. (Pictures below, reading from top to bottom) :-
Viewing platform
Pier shank
Pier head
Caff and indoor lounge

Could be VERY impressive - if it is ever built.
The End Of The Bus Industry?
It is strange that the three biggest bus companies seem to be intent on their foot shooting, whereas other groups and even smaller operators are working hard to produce good printed and on-line publicity.
Here is Transdev Coastliner's timetable book ... 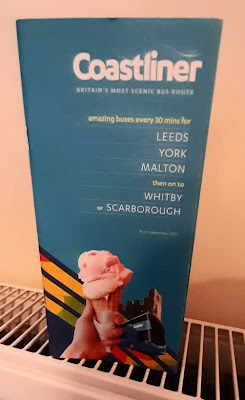 ... complete with maps, of course. 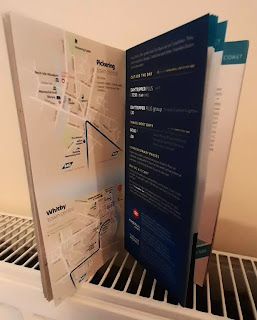 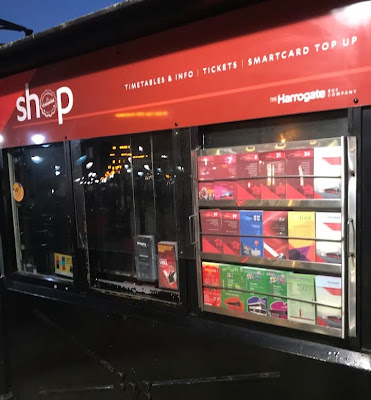 ... with a rack of timetable leaflets on the bus.
And here is Reliance, a small company operating north from York ... 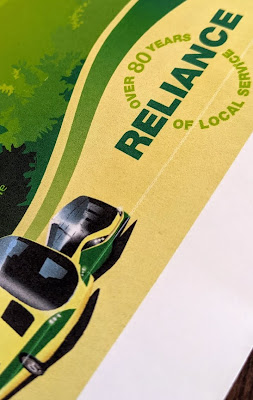 ... with new booklet and maps on the way. 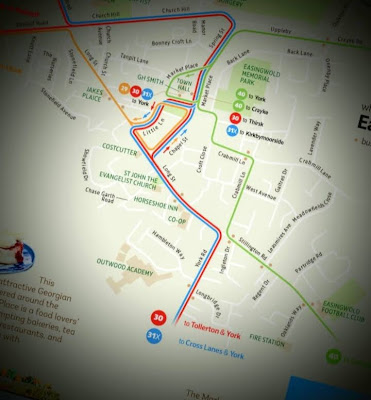 Maybe, just maybe, if the biggies returned to the policy of good printed publicity supported by good on-line information, they might be able to Build Back Better and hold back this grim tide of Political Destruction. It's worth a try!
Next rail re-opening blog : Friday 19th November
Posted by fatbusbloke at 02:00