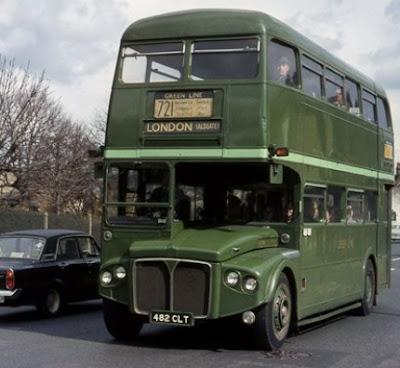 At its peak, Green Line 721 from Aldgate to Brentwood ran every 12 minutes (some authyoprities say every 10!) and was the haunt of double deck Routemaster coaches.

Route 721 ran between Aldgate (Bus & Coach Station) and Brentwood via Whitechapel, Mile End, Bow Road, Stratford, Forest Gate, Manor Park, Ilford, Seven Kings, Goodmayes, Chadwell Heath, Romford, Gallows Corner and Harold Park. While the 721 was once one of the busiest Green Line coach routes, running every 10 minutes on Mondays to Saturdays in the mid-60s, it was an withdrawn in about the mid-70s. The routes running from Aldgate were much shorter than the rest of the cross-London network.
Now there is no one-hop service from Aldgate to Brentwood! fbb did once visit the main London terminal on Eccleston Bridge at Victoria. It was impressive with stands lining the road and well-cared-for green coaches going to far away places with strange sounding names. 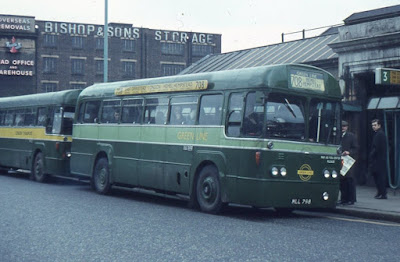 The wall is still there and Bishops warehouse is, inevitably, a posh block of flats ... 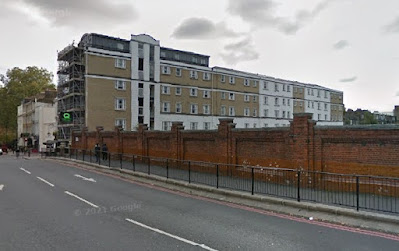 ... whilst coaches leave from a gloomy tunnel under a chunk Victoria railway station. 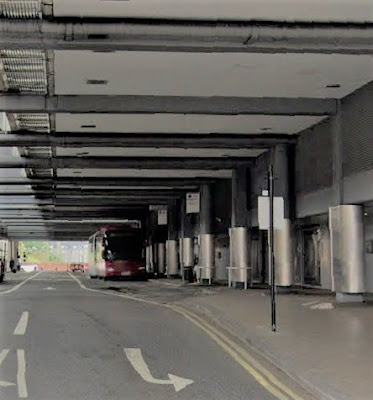 No one thing killed off Green Line. Car ownership helped the demise, as did the improvements to the rail network. Possibly the biggest contributer in the end was privatisation; firstly of coaches and then of buses. Green Line did not really fit either.
But today, there are just four services which carry the name Green Line, and one of them, the 724 from Harlow to Heathrow only carries it in memory. 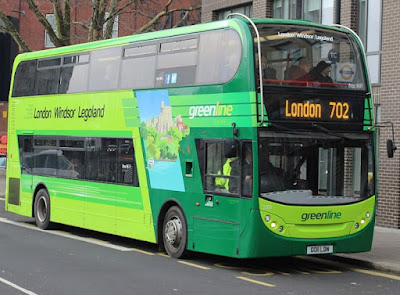 Reading Buses 702/3 still runs but delegated to subsidiary Thames Valley.
Which leaves us with Arriva The Shires. 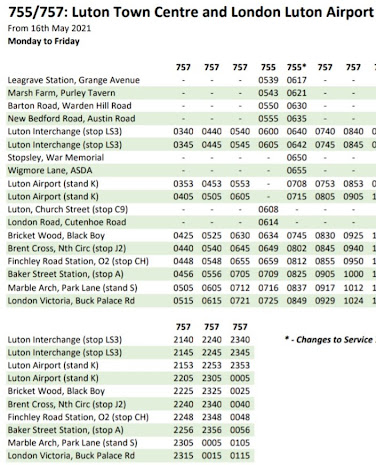 757 runs hourly from Luton via the airport and in to london via Finchley and the like. 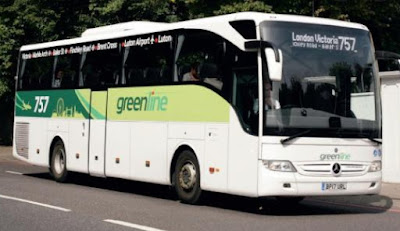 The 755 is for peak hour journeys from Luton estates.
Then there is the 758 and variants. 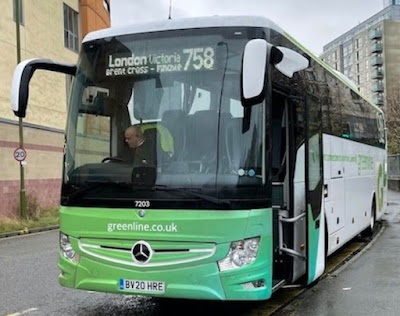 An indication of Arriva's enthusiasm for this service, which runs from Hemel Hempstead (the old 708, remember - but only as far as London!) is given by the occasional substitution of a boring blue bus ... 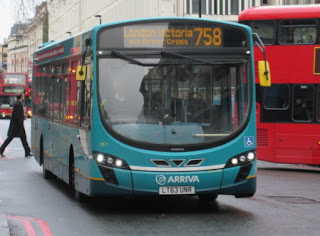 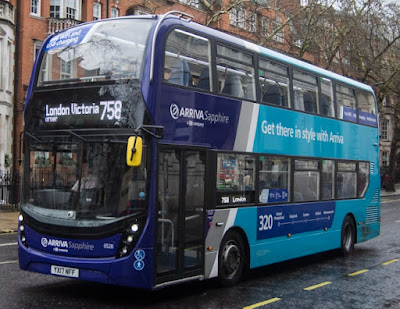 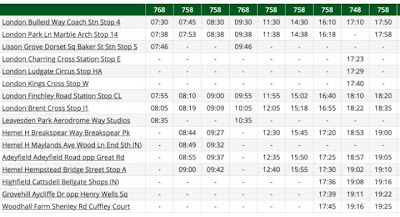 ... seven journeys to Hemel Hempstead and two to the Warner Studios for the delights of the Harry Potter experience. 748 is for one journey via "The City" and 768 for the two trips to Hogwarts! It's not lomyng ago that there were 13 trips on Monday to Friday, a better service on Saturdays AND Sunday journeys. 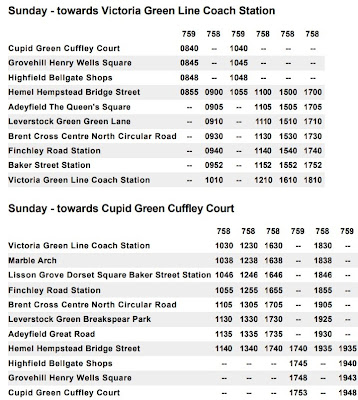 Today there is nothing on Sundays.
But the news of the 758 (etc) decline becomes somewhat academic in a couple of weeks' time. Arriva is withdrawing the service completely; leaving just three Green Lines left.
Incidentally, Arriva did announce a new Green Line, service 720 from Stantead Airport to London but it was postponed due to the onslaught of Covid. fbb doubts that it will ever appear as Arriva seems intent on cutting back everywhere they operate.
But as the big boss said in a recent Buses magazine article, "I am determined that Arriva will grow to be the best bus company in Britain."
Yeah, right!
Don't Believe What You Read On The Internet
Not only is every red bus a London bus, but apparently, every green bus is Green Line. 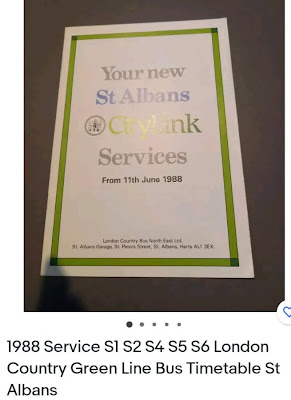 Not quite. Back then Stevenage local routes were branded as above. The booklet (remember them?) came with full timetables ... 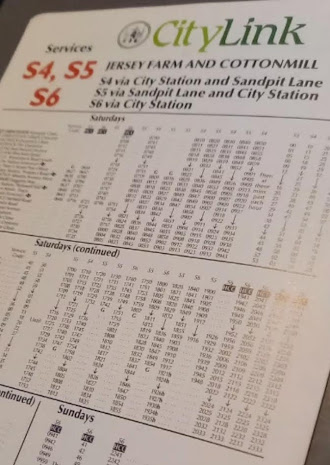 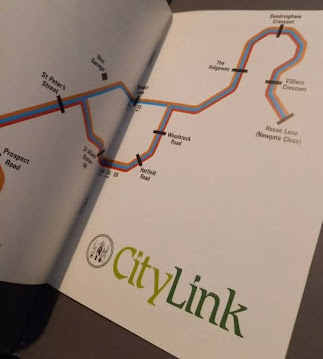 But not Green Line; green buses, of course, operated by London Transport country area. Here is one ... 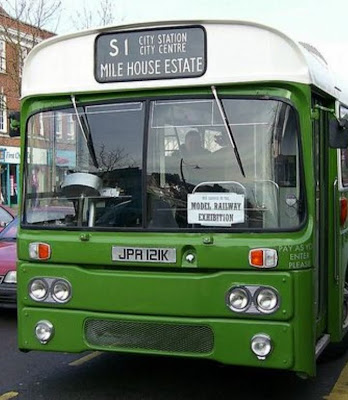 ... with a reminder that it takes you to and from the Model Railway Exhibition. Window labels for special events en route are fairly rare these days.
Even rare farmyard creature shows are ignored these days! 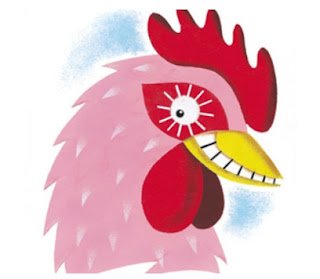 Green Line A P.S.
A better picture, on a preserved bus, of a pre-war lettered route board. 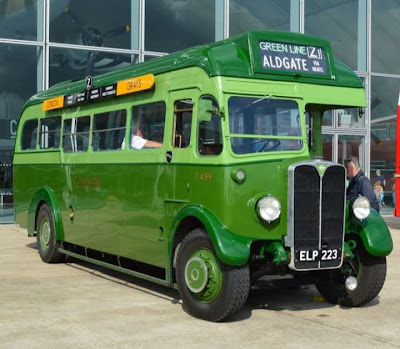 And a close up of an older style. 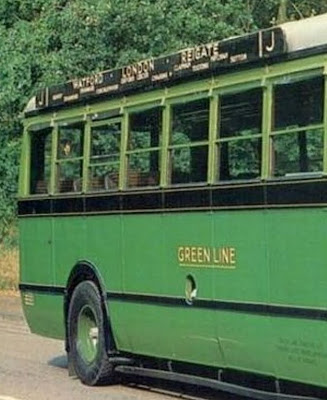 Side destination boards were a feature of Green Line routes well after WW2 ... 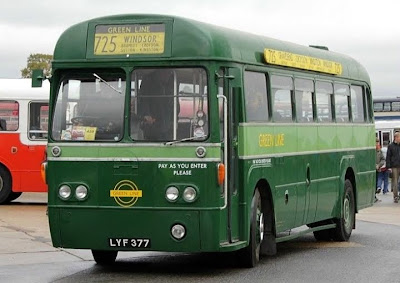 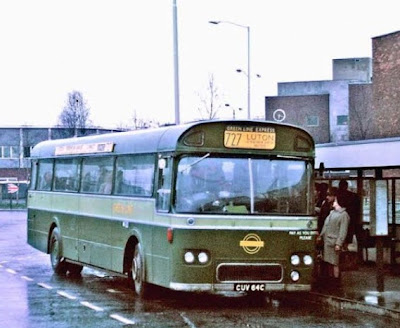 It meant, of course, that, as well as the timetable book ... 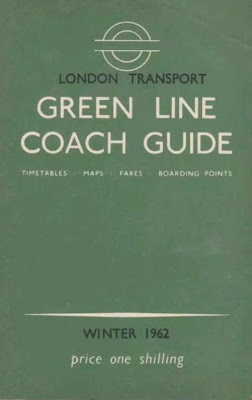 ... and route maps referred to in yesterday's blog, the buses carried their own advert. 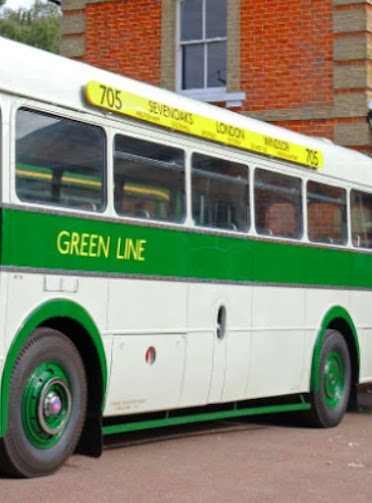 Who says route branding is a new idea - and no repaint costs if the bus is moved on to another service!
Arriva's "new" logo is rubbish as well! 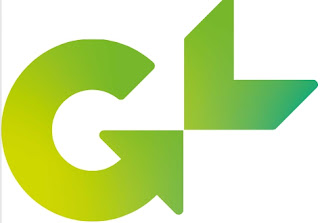 Next Exeter blog : Wednesday 24th November
Posted by fatbusbloke at 02:00