Today's service is live and ON-LINE.
Click on this link (here),
which will take you to the YouTube page.
Then click on the icon for today's date.
o-o-o-o-o-o-o-o-o-o-o-o-o
Lots Of Lovely Logos

The West Yorkshire Combined Authority now has an elected mayor. 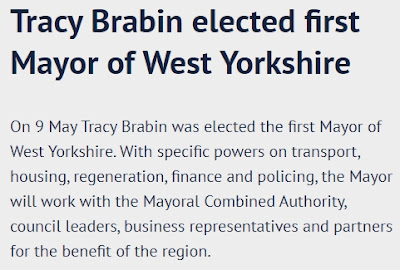 She is Tracy Brabin and she may be familiar to many of our readers. She was an actress, appearing in Coronation Street ... 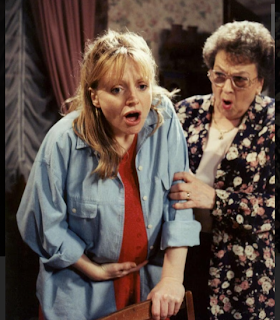 ... and as MP for Batley and Spen, she caused a significant raising oif eyebrows when the turned up at the House of Commons in an off-the-shoulder frock. 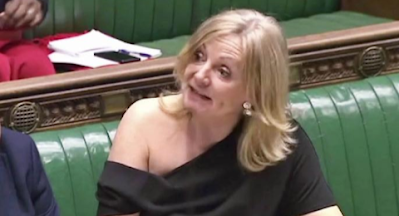 She has resigned he MPship provoking a by-election on 1st July where her Labour and Co-operative seat is reckoned to be safe - but these days (see Chesham!) you never know.
Like Andy Burnham across the Pennines on Manchester, she wants to take over the buses.
Tracy Brabin said: “I want buses to be the first choice for travel in our region. Not because you don’t have a car, but because they’re more affordable, convenient to use, and better for the environment. Our buses should work for us, not the other way round.
“I want more choice and better service for bus users. Simple and affordable fares, green buses, quicker, more frequent journeys, running where and when people need them. So if you’re working an early or late shift in the hospitality sector or our NHS, or on a night out, you should be able to count on there being a safe bus to get you home"
Like her political chum Andy, she wants more buses, cheaper buses and more choice, although it is not clear how Local Authority ownership will bring more choice. Wasn't that what privatisation was supposed to do and hasn't?
And, also like her political chum Andy, she hasn't got the money to do it! Andy has come clean and says that The Government will have to pay but he hasn't come clean by telling his Mancunian voters that it is they who will pay, and pay a great deal, to deliver what he is offering.
One thing is for sure; Tracey is not the archetype of a Mayor. 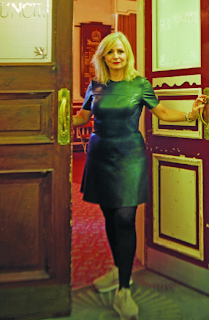 When fbb first stepped on to the Isle of Wight in 1958, all the buses at Ryde left from roadside stands along the esplanade, parallel to the railway track as it descended into the Ryde Tunnel. It had been thus since the first clattering motor buses turned a solid tyred wheel.

Indeed it had been thus since the days of horse drawn carriages ...

... when there was so little traffic it nattered not which way you conveyance was pointing.
Then, one summer, he arrived to see that a bus station had appeared resulting in a narrowing of the broad roadway, a central reservation and a large incomplete roundabout. Ignoring minor tweaks, that is the bus station that operates today, 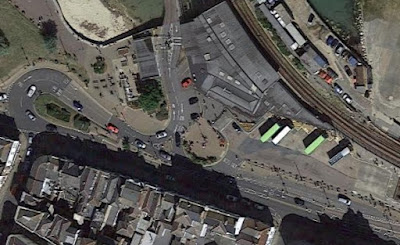 The main inconvenience for Southern Vectis was that buses had to run along the Esplanade to the roundabout at the foot of Dover Street to "U" turn and return whence they came to escape via George Street. 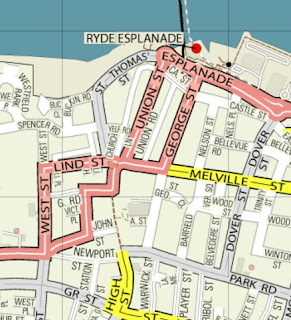 This is all going to change, subject to "consultation".
A new road entrance to the pier will start further back off the non roundabout ... 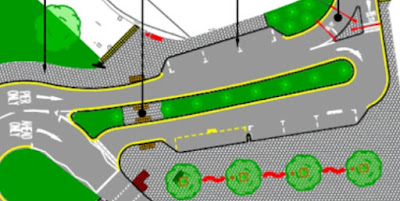 ... there will be a series of pull-in stands with no reversing ...

... and a direct exit to George Street. 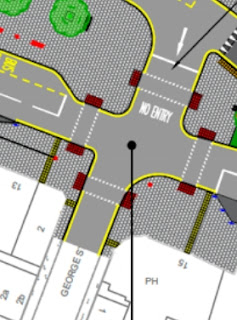 Here is the outline overlaid on the existing layout. 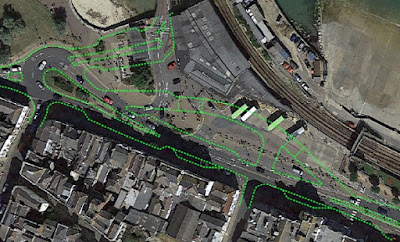 The plans do, however warn of the demolition of one "public amenity". The new pier access will obliterate this building. 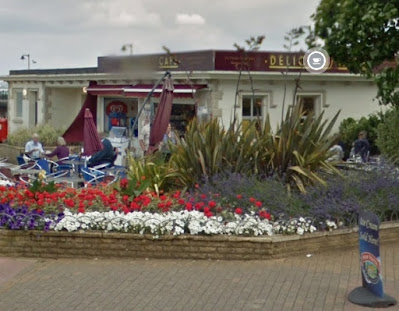 It is a pleasant caff with outdoor seating in the sun; but, more importantly, includes ladies and gents "facilities". There does not appear to be a replacement for these essential little cubicles anywhere on the plans.
On behalf of visitors and residents alike, fbb doth protest mightily!
Isn't Technology Wonderful (1)
As a result of various lockdowns and restrictions, both fbb and the Mrs have made extensive use of on-line purchasing options, often amazed beyond measure at the speed and efficiency of the delivery systems.
It is not always so. A Recent order was followed quickly by a despatch note and estimated delivery date and time.
Or was it? 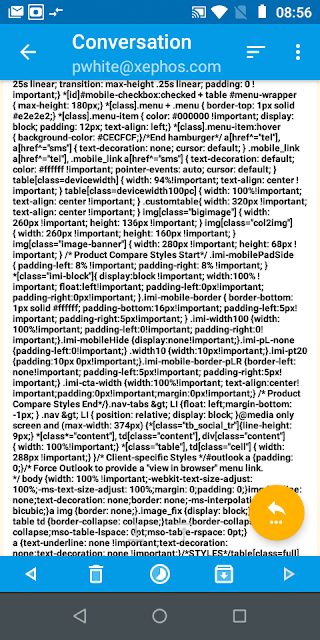 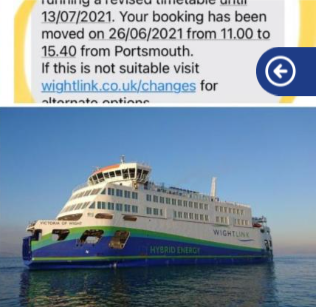 This is the sort of text received by those unfortunate enough to have booked their crossing to the Isle of Wight on the very poorly high-tech ferry Victoria of Wight; now out of service for another month.
Needless to say the local rag, The County Press, has been gleefully recounting the travails of troubled trans-Solent travellers.
This one is beyond belief. 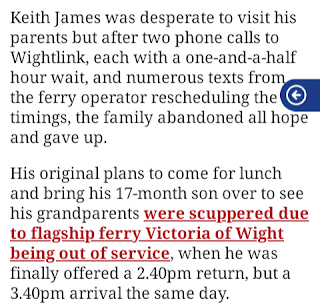 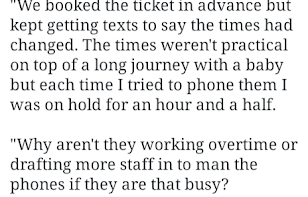 Wightlink were quick to explain!

Why so complicated? When fbb and family used to visit the Isle of Wight they travelled by Red Funnel. Each sailing had a sheet of paper with bookings written on by hand by the booking clerk. A very nice man would tick off each vehicle booked on the same sheet.
Seemples!
So now we have complex but wonderful technology which cannot be understood and operated without "training". So people get daft bookings. 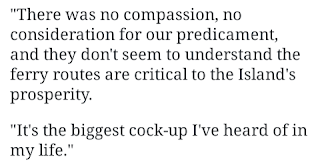 Then there is that spare boat over at Lymington. 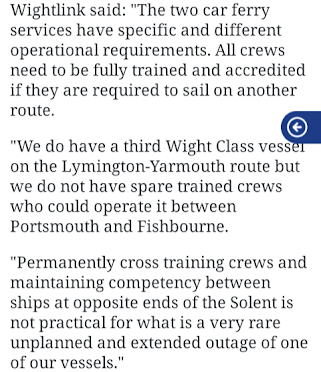 Of course it is practicable to "cross-train" crews. Ferry failures are not at all rare; they happen all the time although not so serious as on this occasion; so in years gone by, a vessel would be sailed over from Lymington at the drop of a hat.
Is todays technology so wonderful that no one can use it except a privileged few.
I am sorry, Mr Churchill, we cannot take our boat to Dunkirk because the lads are not trained in French beaches!
How difficult is it for a trained mariner to drive and park a boat? Why not put a regular Portsmouth man on the bridge for a couple of crossings? Should be straightforward.
There ought to be spare manpower as Victoria of Wight wasn't going anywhere!
Beyond belief!
On occasions, back in the day, an old tub, M V Fishbourne ... 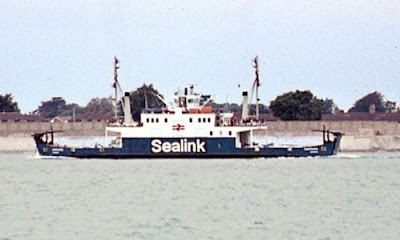 ... would be dragged out of retirement to cover for a busted boat. Yes, they kept a spare.
This comments from the illustrious Island rag says it all.
The boss of Wightlink should be dealt with in the traditional manner. 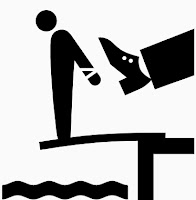 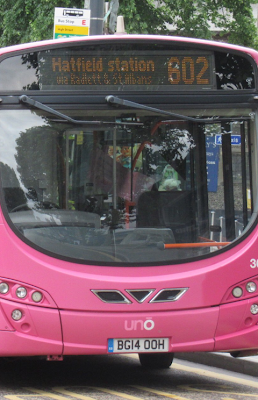 ... received with a level of excitement echoed by this bus from U No Who!
Ooh indeed!
Britannia Bus 34 : Lost Without Trace

Yesterday, fbb reported on a poorly advertised new bus route in Northampton, run by the somewhat enigmatic Britannia Bus. It was registered, nay advertised on the company's web site, to start on Monday 21st July. There was confusion as to which "way round" the timetable should operate.

Showing no concern for his own health and sanity, our Northampton correspondent went out yesterday to take a ride. He reports, glumly!
In the spirt of  adventure exemplified by Sir David Attenborough and Captain James Tiberius Kirk, on Saturday morning I was in Kings Heath awaiting the arrival of the 1030 service 34 bus to Weston Favell as shown on the real time screen.
It did not arrive. The driver of the 31 (Britannia's main service to Kings Heath) denied the existence of any number 34.
So Britannia Bus service 34 still  remains in the same  pigeon hole as the Loch Ness Monster, Bigfoot and the Yeti.
The thot plickens!
Next Variety blog : Monday 28th June
Posted by fatbusbloke at 02:00