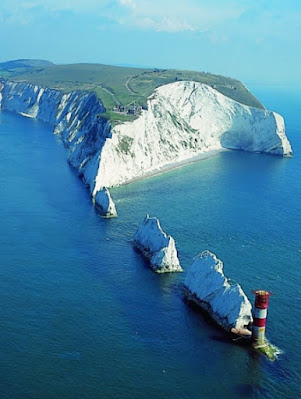 The Needles (that you cannot thread!) are at the very western tip of the Isle of Wight. Atop the cliff is the Needles Battery, former defensive fort protecting the Solent from and unwise invader; and a short jump further eastwards is the celebrated Alum Bay, The coloured sands have filled millions of souvenirs for many a long year ... 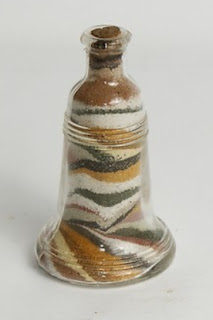 ... but all the colours are less easy to spot in reality. 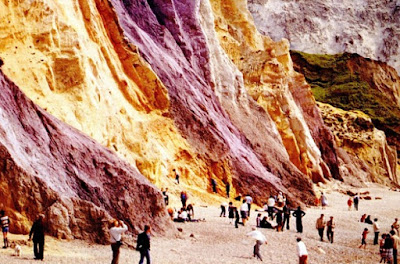 The presenter of the picture above has turned up the colour setting way beyond what the human eye can see. 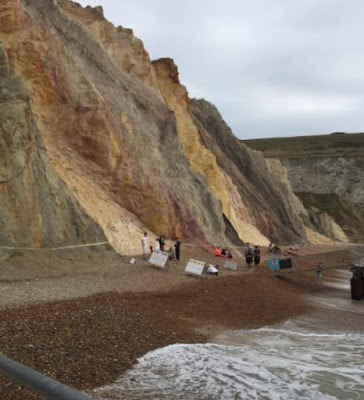 The two towns of West Wight are Yarmouth, now utterly (and physically!!) dominated by the Wightlink ferry to Lymington. 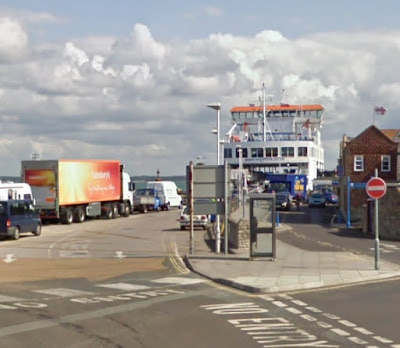 Its much larger neighbour is Freshwater (which you cannot drink) a widespread splurge of a town ... 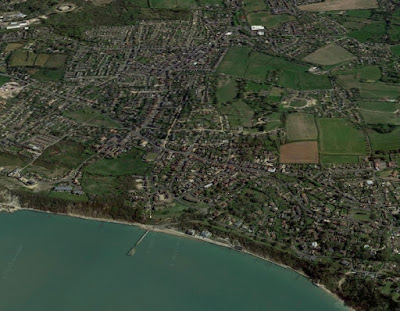 ... which includes the gorgeous Freshwater Bay. 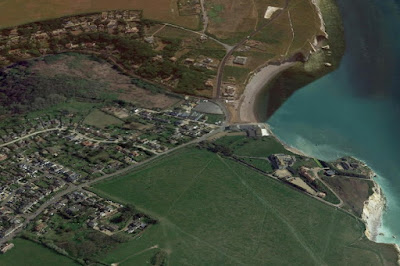 There are three routes from Newport to West Wight. 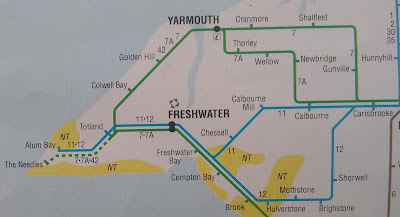 The main road to the Yarmouth Ferry is via Shalfleet; then comes the route known universally by Islanders as "the middle road" via Chessell. Half the buses via Yarmouth use part of the middle road then squiggle across to run via Wellow.
The third route runs via Shorwell (pronounced Shorr'll by real Vectensians) and this is by far the most picturesque run via some delightful villages and then, wow ... 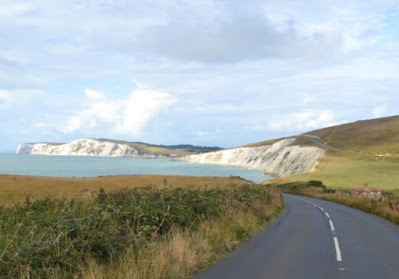 ... the amazing fantabulastic Military Road!
West Wight via Yarmouth in 1997 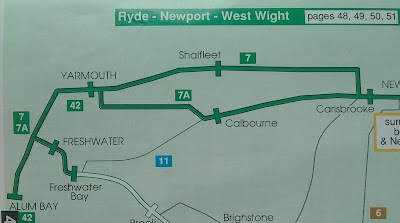 We will remember that these trips were part of the huge Island circular but, for the purposes of comparison, fbb will just look at the simple basic service from Newport to Alum Bay and Freshwater Bay. 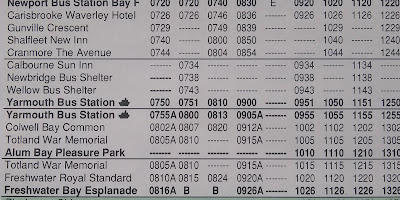 The service was every hour, two hourly via each of the routes.
West Wight via Yarmouth in 2021
As is the trend these days, the route now
is all numbered 7 (BROWN), but, otherwise is unchanged. 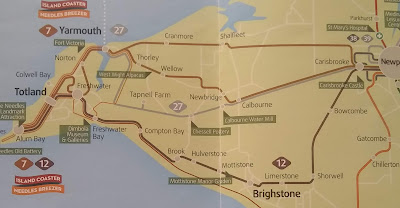 But the service is doubled! 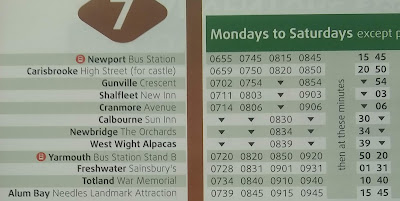 The 7 runs hourly via each route. Islanders have been used, historically, to big frequency enhancements during the peak holiday season but these days the service runs as above all year round.
Via Shorwell & Chessell in 1997

Once again, a combined hourly service of 11 and 12 (CYAN) 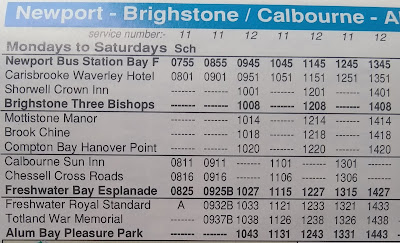 Via Shorwell & Chessell in 2021
Service 12 remains with just six journeys Monday to Friday and ...

... five on Saturday and Sunday - so not too different from 1997.
But until last year, what was service 11 did not appear; there was no bus via the full length of the middle road. A surprise, then was the return of route 27, the historic number for journeys via Chessell (via Shorwell was 28). 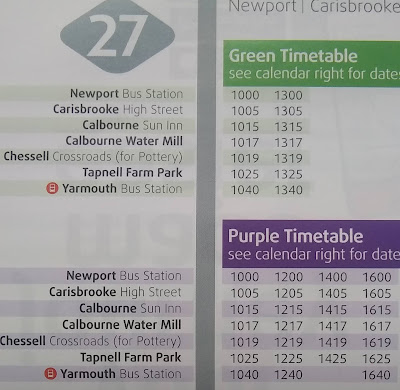 This was introduced to provide a link between Tapnell Farm Park, Yarmouth and Newport.
As well as all the usual things you would expect on a working farm ... 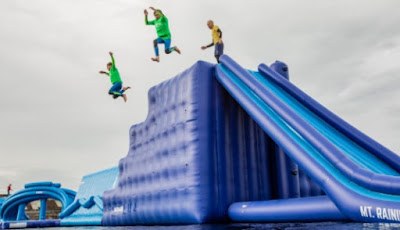 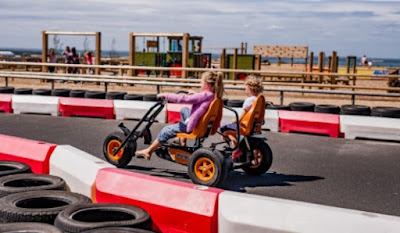 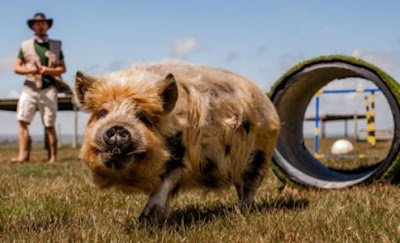 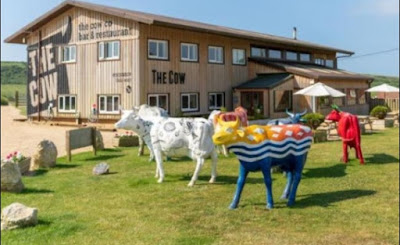 You can also enjoy some tasty cow in The Cow. 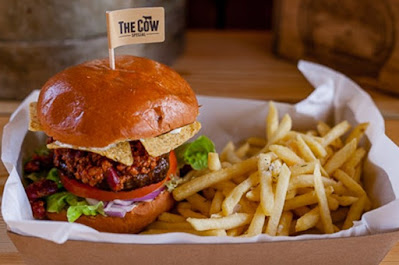 Yummy!
Despite the delights of Tapnell (?), West Wight is a much more relaxing destination than the resorts of the east coast. And you can get to all of the West by bus! 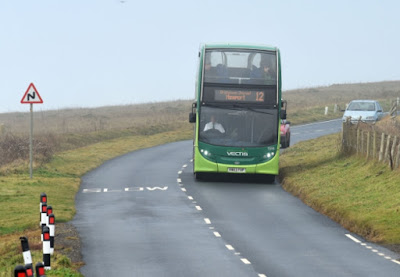 There is more "Then and N|ow" but the post(s) will appear later next week.
This Is Alex Hornby ... 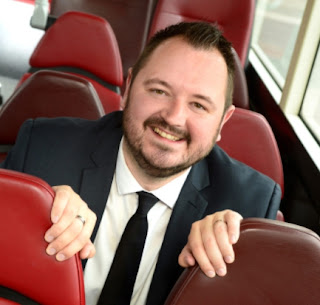 ... boss of Transdev Blazefield. And a couple of days ago he received a communication from his chums through the post. He was impressed with what he found in the envelope. 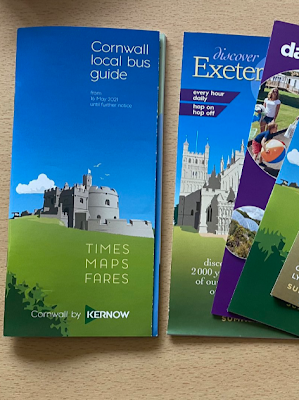 And there was more. 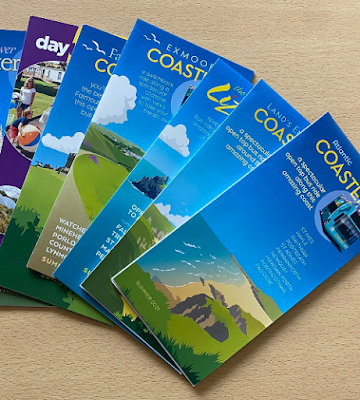 The good folk at First Kernow had sent young Alex a set of their new timetable and leaflets. The leaflets are, of course, for the excellent range of Open Top and tourist routes.
The services launched on 16th May. Yesterday was 16th June.
The leaflets are well over ONE WHOLE MONTH late.
Beyond belief!
Next Variety blog : Saturday 19th June
Posted by fatbusbloke at 02:00