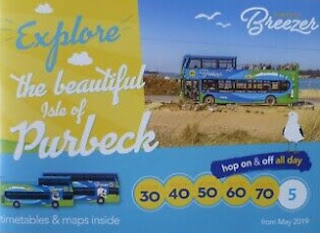 When fbb used this picture in yesterday's blog, he did not know what it was - it just illustrated the use of the name "Purbeck" although routes 60 and 70 do not venture on to this celebrated non-Island! But after bemoaning the lack of a Breezers leaflet on-line, correspondent David, who dwells not too far from Purbeck, i.e. Rugby (!) sent fbb loadsa pictures of the current Breezer BOOK! 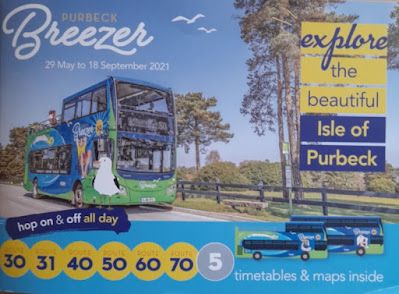 It includes some fares information, namely the price of "day rover" tickets which are zonal. 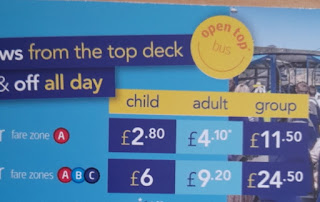 The booklet is A6 size as shown below ... 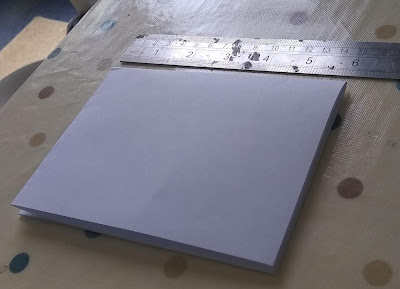 ...which does mean that the print size for the timetables (all included) is a bit small - but every timetable is there as reviewed in previous blogs.
There is a smattering of panels giving information on several places of interest served by assorted Breezer. 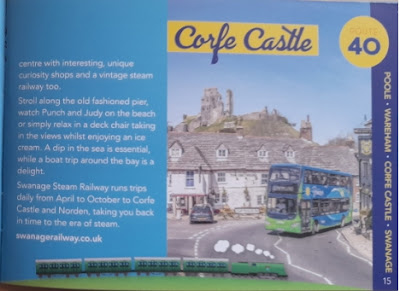 Most importantly, the Breezers map is also there, the same map that fbb used previously to illustrate each of the services. Also included is route 5. 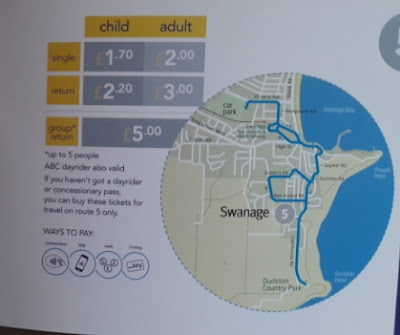 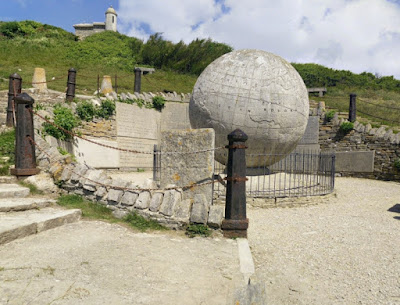 ... famous for its huge globe and equally huge views. 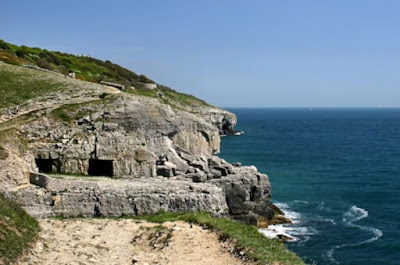 The bus runs every hour ...

It is the only 5 from Swanage and Durlston Country Park is a splendid place to visit.
Why not call it Purbeck Breezer 80?
Lies, Damned Lies, And ... 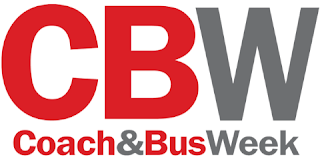 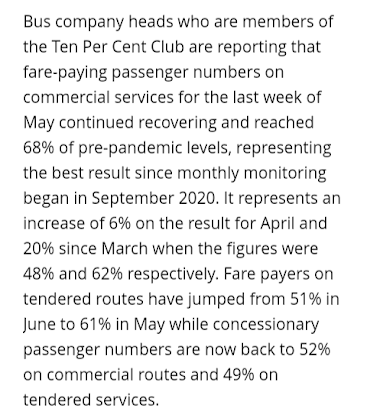 Or, maybe, from Passenger Transport ... 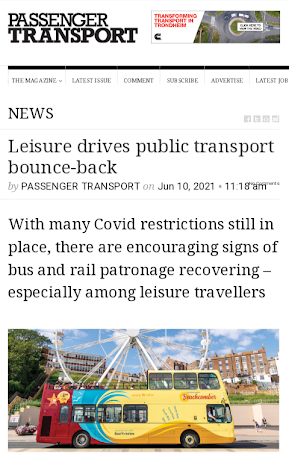 ... where it seems more complicated. 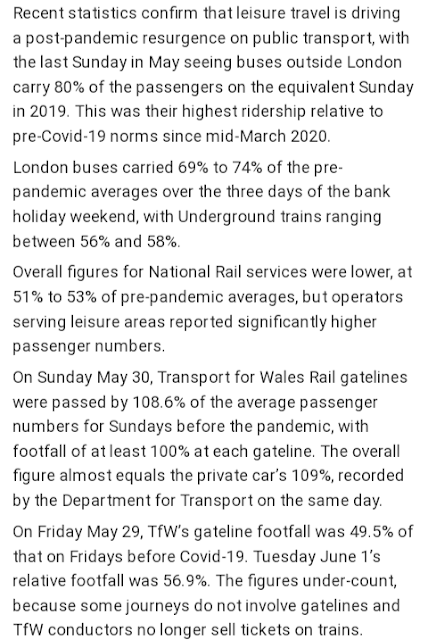 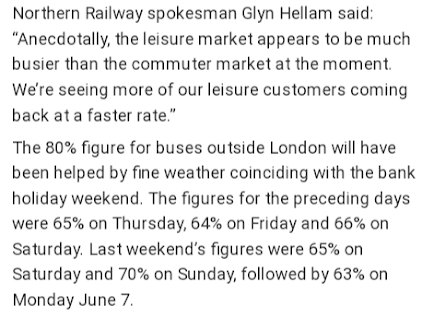 80% on a Sunday when there are far less buses does not look like a reliable guide to the true state of the Industry, but maybe the best conclusion to draw is that things are slowly getting better.
They're All At It!
Maybe not all, but Go Ahead North East's £1 flat fare in the evenings is being widely promoted. Posters ... 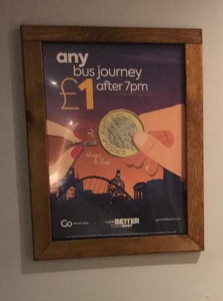 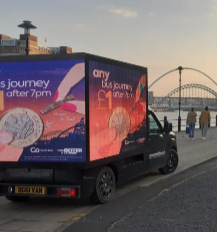 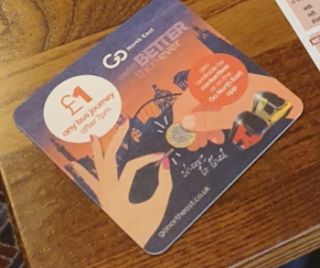 ... beer mats.
Meanwhile not too fare from Geordie-land, Transdev are jumping on the £1 bandwagon ,,, 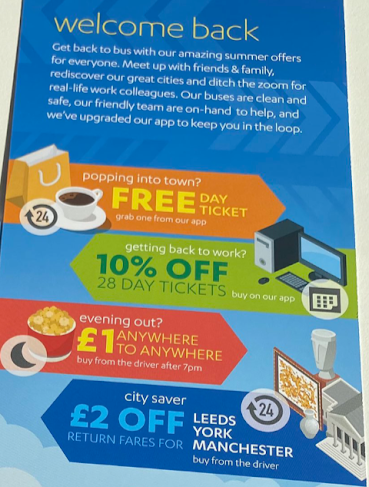 ... plus other attractive offers.
fbb suggests again (Govt involvement required) that half fares all-round during July and August would bring back the punters.
Bad News In Brum? 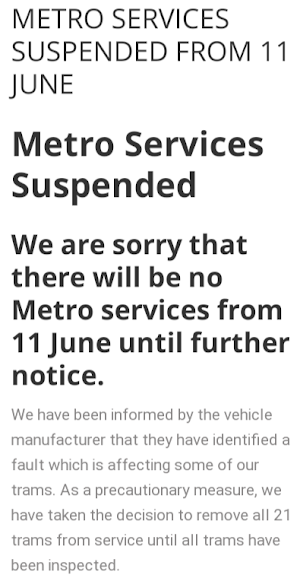 Is it yaw dampers?
No one is saying what is actually wrong. News awaited!
Bad Colours In Sheffield? 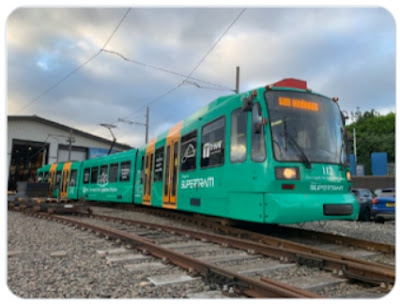 It looks as if the curse of Stagecoach's new livery has been outpoured on Sheffield Trams. Instead of something bright and of quality ...

... we have the "special services" livery which looks like it is in undercoat, in preparation for a proper paint job. An anonymous tram driver twittered ... 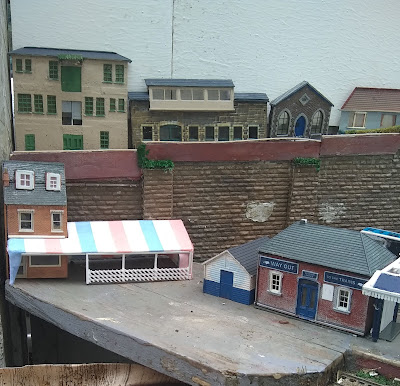 Someone at Peterville must be a fan of the Midland Railway by adapting the historic diagonal slatted fence design. Or did fbb have a few spare lengths of Ratio fencing which he cut down in height?
The marquee could do with a few tables and chairs under cover? Does anyone produce sets of cafe furniture in OO scale?
The plan is to run a string of tiny LEDs from marquee, via cafe building and showing in occasional windows of the low relief townscape atop the retaining wall. Now that might be a challenge.
Has fbb Upset Him? 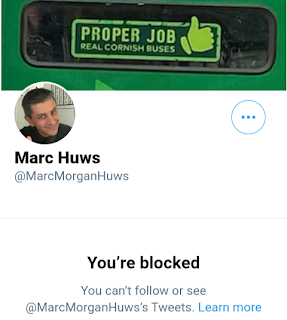 Puzzle Picture
Where is this ... 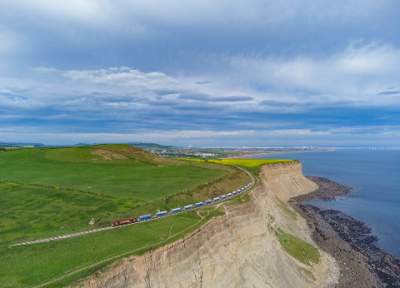 ... and where is the train going?
Answer tomorrow.

Next Variety blog : Sunday 13th June
Posted by fatbusbloke at 02:00