Yet Another New Look? 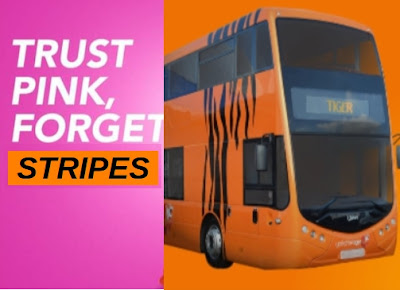 We know that Transdev is buying Yorkshire Tiger from Arriva, following a long succession of ownership which dates back to Yorkshire Traction and beyond. Twitterings are now revealing what the Company is going to do with its forthcoming acquisition. 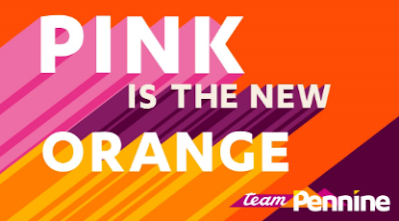 Here is one of the first Twits. 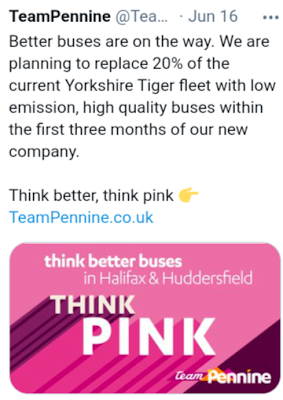 20% new buses is a big commitment although Team Pennine do not say whether these will be new vehicles or cascaded from elsewhere in the group. Also promised are "new routes" and "improved timetables". 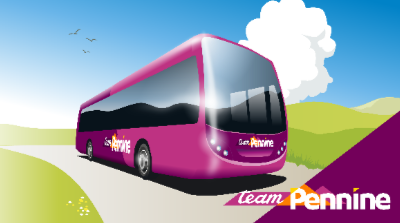 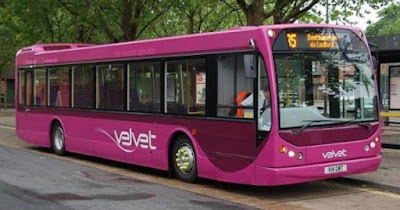 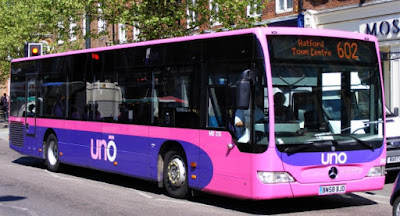 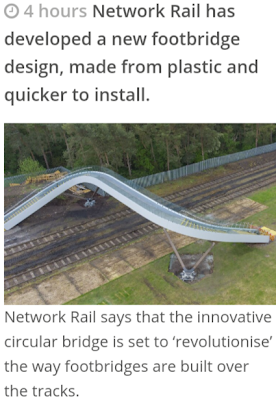 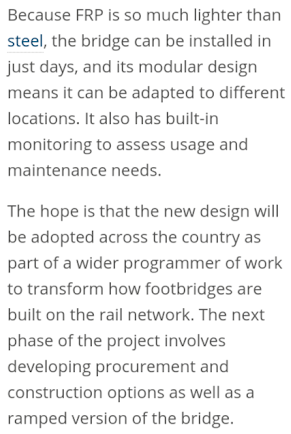 Let's hope that it is a better plastic than that that used for fbb's model railway kits. After a while outside, it goes brittle and easily falls to bits! Not the ideal recipe for a railway footbridge? 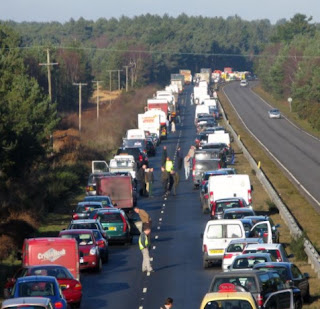 If the fbb's wish to visit No 1 son and family, resident in Wantage, their route takes them past Stonehenge. From the A303 it is always a disappointment which looks like a reduced size plastic replacement, particularly as there is often nothing to emphasise the scale. 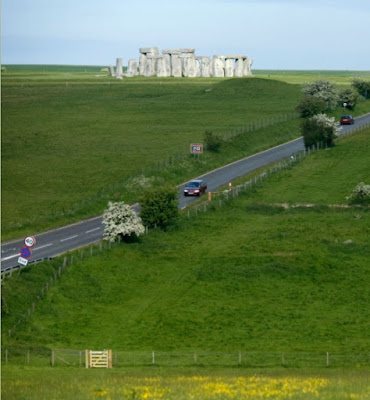 But the scale of the traffic jams in high summer is very easy to understand - with a delay of 30 minutes being an acceptable (?) normal! Alternative proposals have been on the cards for yonks and even longer, but, at last we now read ...

fbb would be happy to offer his consultancy services for a lot less than £60 million. But perhaps there is a bit more to it than "GET DIGGING -  NOW!"

The tunnel idea has been cancelled by Government at least twice before, so, as they always say with HMG contracts, "DON'T HOLD YOUR BREATH!"

They Used To Be Brown! 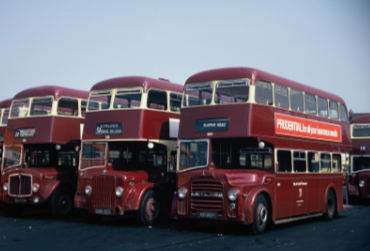 Then orange with white stripe ... 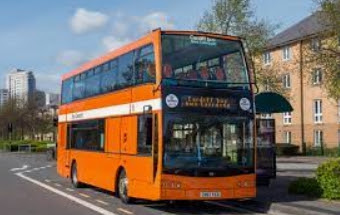 Then orange white and brown ... 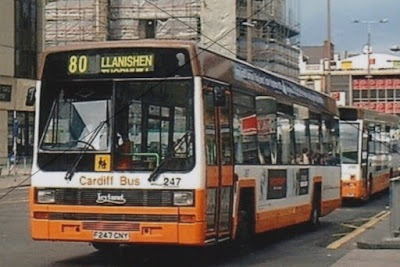 ... until things settled down for a bit with with an unappealing muddy blue (or was it green). 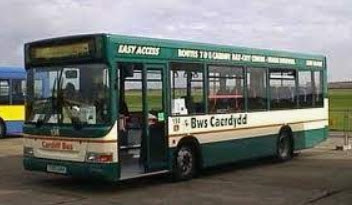 Philosopher Ludwig Wittgenstein wrote extensively (an oeuvre which you have all read thoroughly, no doubt!) on the problems caused by green and blue, on the way inventing the terms grue and bleen to help solve the problem.

But soon Cardiff bus merged its orange and its grue (or bleen) ... 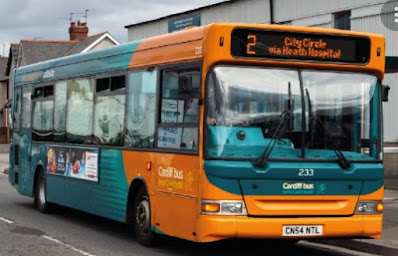 ... and introduced route-branded varieties in red and green ... 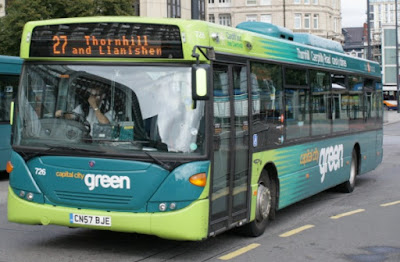 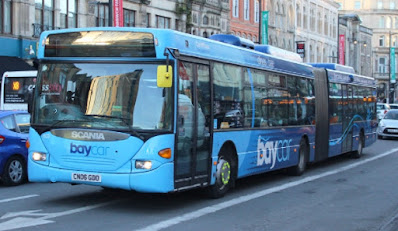 Just to keep the Welsh Capital on its omnibological toes, the company has just launched a "new" livery.

It is not orange and grue/bleen but very blue and orange. It introduces a new logo ... 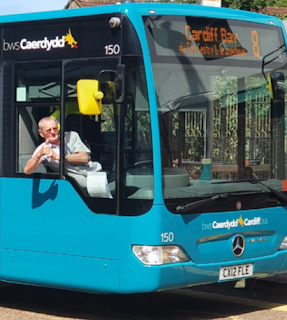 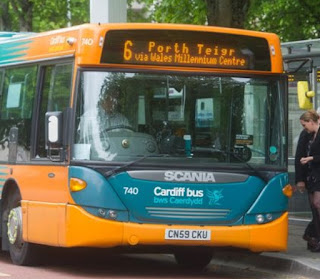 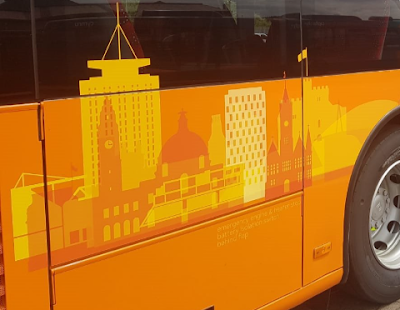 Then, of course, there are the 36 soon-to-arrive electric buses ... 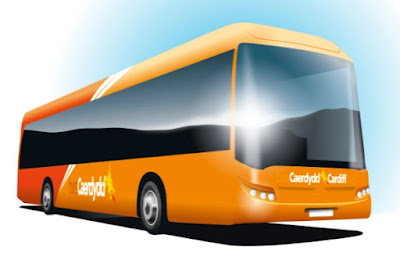 ... in back to the future orange and more orange!
Well, it keeps the paint shop busy!

More assortment tomorrow - including the X-rated

"fbb and the flat-pack plastic cupboard." 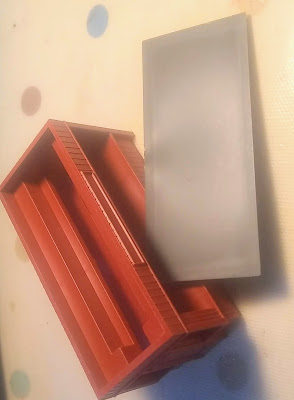 The world's most difficult-to-assemble plastic kit.

But what is it?