Did fbb Really Do This? 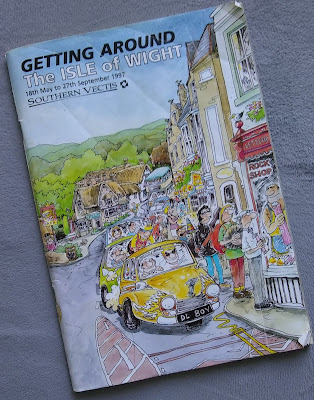 Background
fbb was, at the time, working for Southern Vectis producing the Great Britain Bus Timetable when boss Stuart Linn (camera shy lad) enquired in passing whether your aged blogger (then not aged and not a blogger) could, way back then, produce a full colour timetable book.
The answer was, "Yes, probably - but give me a week to see how it might be done." "Might Be Done" would be with simple software on an Acorn series computer derivative of the celebrated BBC Model B; not with over complex over "engineered" software on Windows nor with professional printing software on an Apple Mac.
fbb went home that very day, and after a yummy nosh from Mrs fbb, retreated to his "office" and started "playing". No samples were ever kept but, using a simple spreadsheet programme, it seemed possible to do what the boss wanted. This was intended to be a full colour all mode transport information booklet for the Isle of Wight.
Produced (with the exception of the Rupert Besley cartoon on the cover) entirely "in house" up to the point of the actuall printing.
Not only had Southern Vectis never done this before, but neither, scarily, had fbb.
Could it all be fitted in 96 A5 pages plus cover (which gave fbb 98 pages to play with.
Contrast And Compare 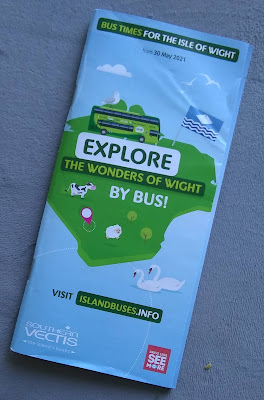 The main purpose of these blogs is not just a nostalgia-fest for fbb, but to compare the provision of bus services in 1997 with those on offer just over a quarter of a century later.
During those intervening years there was a major change of policy chez "The Vectis". Instead of services running from coast to coast via the county town of Newport, it was decided to slice the route network into smaller chunks, easier to manage if things go wrong, and easier to adjust timetables to match demand.
So we explore in sections, beginning with
Newport to Cowes 1997 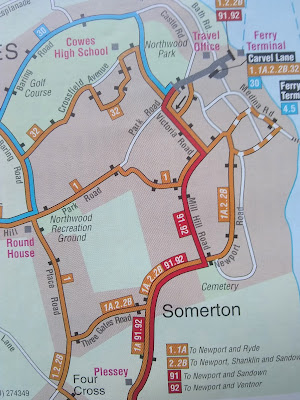 There always were three basic ways to get a bus into Cowes. In 1997 service 1 (ORANGE) ran via Round House - which really is - centre left. 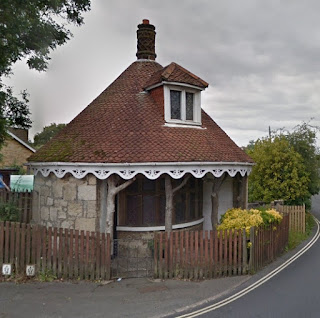 Service 2 (also ORANGE) followed a more direct route via Newport Road. There were variants with A or B suffix, usually at school or works times. The two routes formed a massive circular via Ryde, Bembridge, Sandown, Shanklin and Godshill, labelled "The Big Orange" although "branding" only extended to an orange background for the route number. 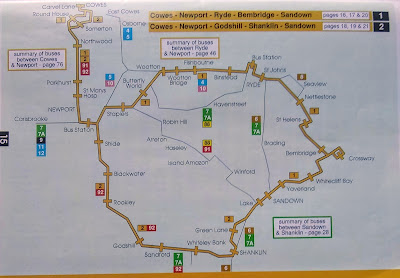 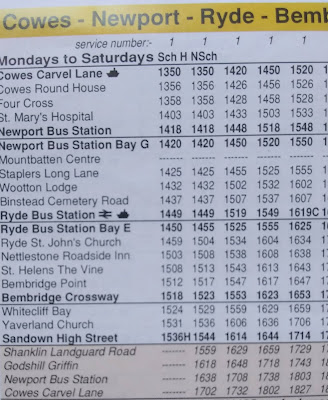 ... and fbb (even then desirous of showing loops properly) was able to devise shading (in pale orange, of course) to show those journeys which did go all the way round. And, as shown in a note on the main route diagram, there was a summary of buses between Newport and Cowes.

The third route into Cowes was via Mill Hill Road and was served by routes 91 and 92 (RED). 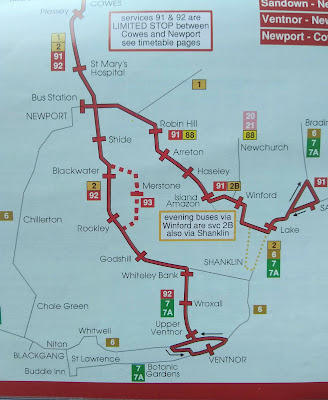 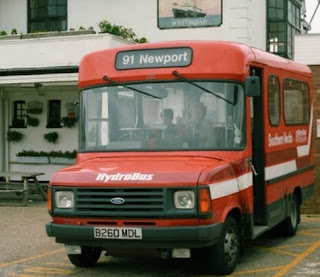 ... connecting with the Red Funnel Hyrofoil service to Southampton ... 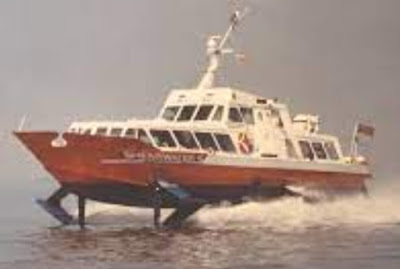 ... then a bus from terminal to Southampton Central station and train to London. Obviously the trains showed a headcode 91 - what else?

91 and 92 ran limited stop between Cowes and Newport and the 1997 book showed connections all the way to Southampton Central ... 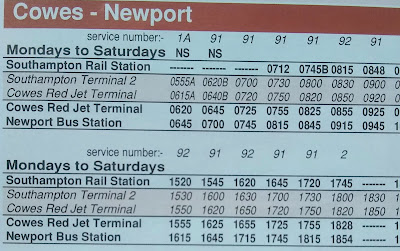 ... and there was (just!) room for a rail connection diagram. 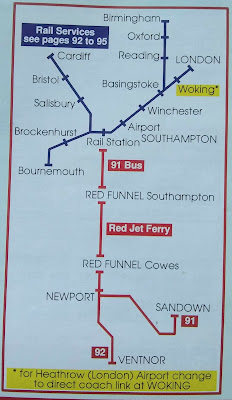 And there were train simetables in summary as well; for London ... 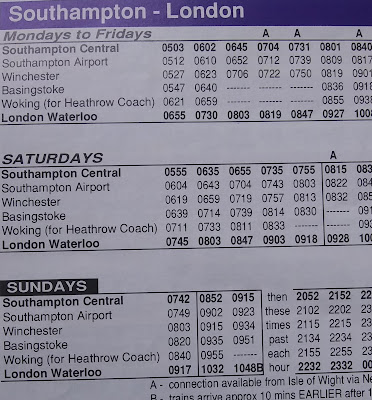 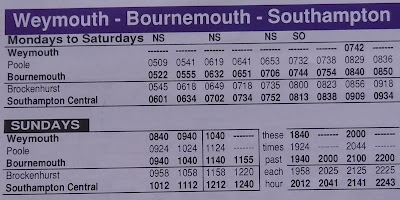 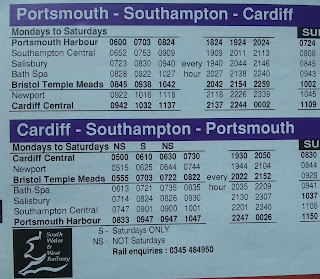 Sadly, despite herculean efforts, it was not possible in the space available, to cover Cross Country trains to Birmingham etc.; there were too many "varieties".

But No 3 son was able to recreate two very "difficult" logos! 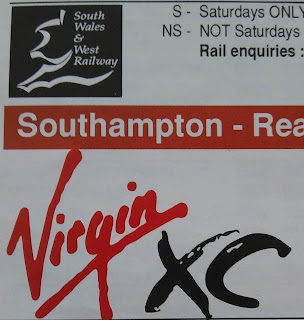 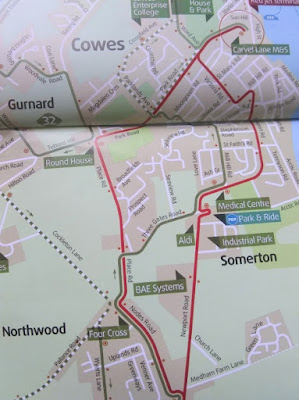 Things have, indeed, changed. It is now all route 1 (RED) with journeys every twenty minutes each "way round". So still six buses an hour between Newport and Cowes. 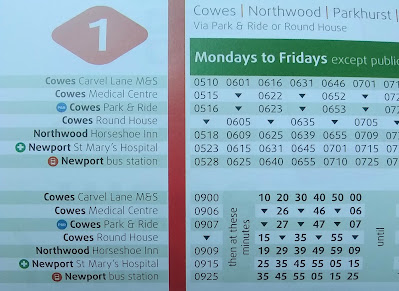 ... all buses ran to the Red Jet terminal - with a very tight turn under the arch. 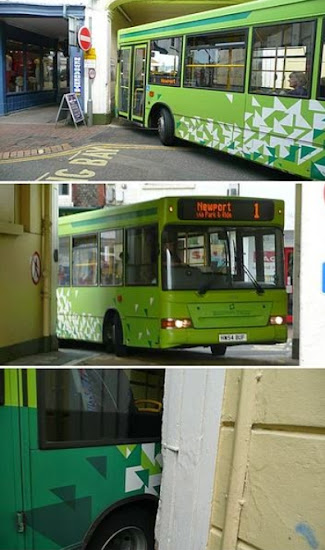 fbb does not know whether it is temporary (to allow double decks on route 1) but nothing now runs to the ferry - all buses terminate the the "traditional" Cowes terminus of Carvel Lane with a little walk map showing the way to the ferry. 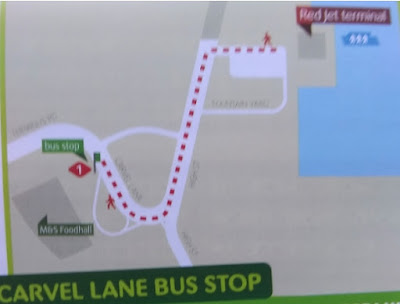 The "third way" into Cowes, via Mill Hill Road, once served by two buses each hour ... 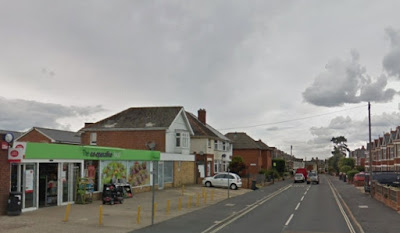 ... now has a very poor, barely nominal service which we will meet later.
So in 25-ish years the service has maintained its number of buses between the two towns but some local facilities in Cowes have been lost. There are no through buses to the rest of the Island, so any journeys beyond Newport will be longer and less convenient.
Has this major change in emphasis reduced passenger numbers overall - or were there not that many "cross Newport" customers in the first place? Clearly the majority of bus business always has been between Newport and Cowes, a service which is now, effectively, "turn up and go".
The other loss is a jointly marketed through service from Newport to Southampton and London. All the bits are there but ticketing is far less user friendly. 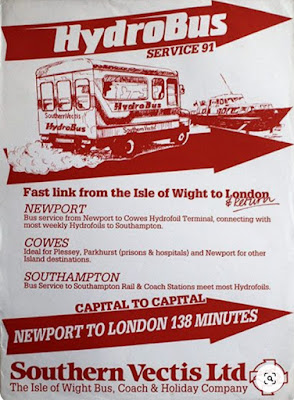 But you do now get a posh double decker in Southampton! 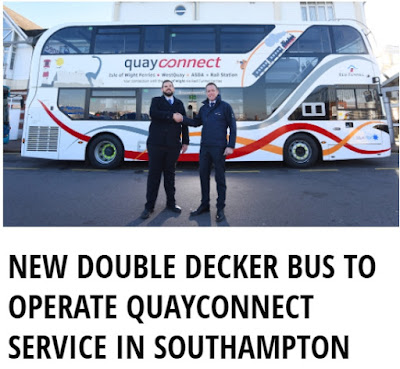 It's certainly a bit more whizzo than it used to be!

It goes without saying that the vision Stuart Linn had for a complete guide to transport to and on the Island has long since evaporated.
Public transport as become more diffuse, less co-ordinated and much much more difficult for the newcomer to use.
Extremely disappointing.
More contrast and compare tomorrow.
And P.S. : thanks to Island good guy Alan for sending the current timetable book.
Next IoW Then And Now blog : Tuesday 15th June
Posted by fatbusbloke at 02:00