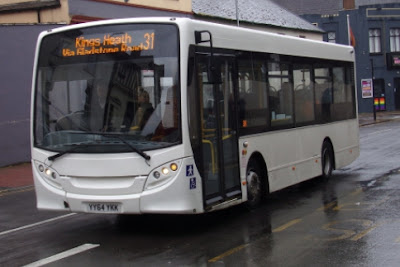 It started last Monday and runs from Kings Heath, north west of the town centre ... 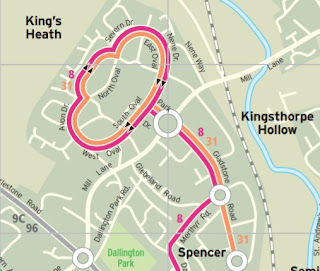 ... round the northern suburbs and ending up at the Weston Favell Centre and shopping paradise, on the east and very close to fbb's childhood residence.. 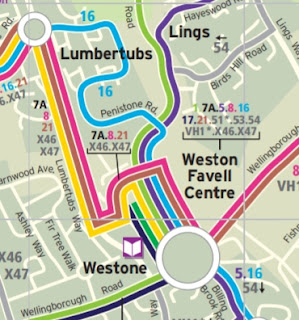 There are five off peak journeys taking 20 minutes end to end. But there is a snag. The company web site offers this :-

But Traveline and all the electronic versions of the timetable proffer these times from Kings Heath.

As you will have guessed, Traveline's departures from Weston Favell are every two hours from 1000 to 1400. Obviously someone has posted the times the wrong way round. But who? And who knows?

Meanwhile the company offers real time tracking of its buses. Clicking on "Service 31", fbb got a nice map of Yardley Gobion and Cosgrove (route 89) with a little red bus icon trundling around. 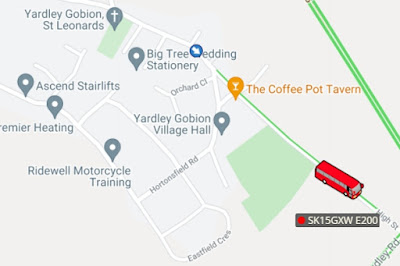 On the other hand, routes 86 and 89 revealed a little red bus returning from Kings Heath to Northampton on route 31. 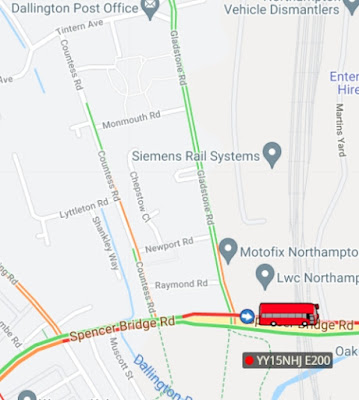 Look, it is just crossing the railway on Spencer Bridge Road ... 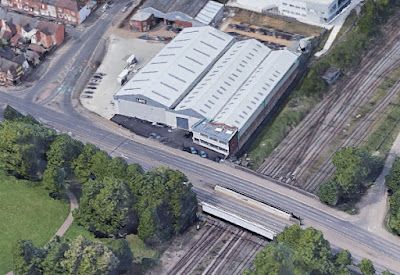 ... some considerable distance from Deanshanger, Potterspury or Milton Keynes! 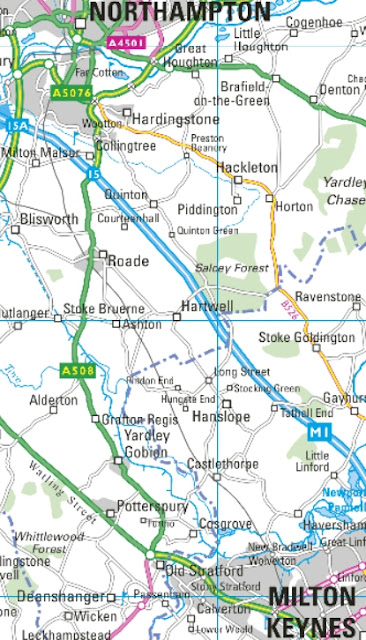 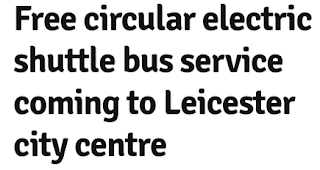 Various local articles offer different explanation of the route. One says it will run round the inner ring road ... 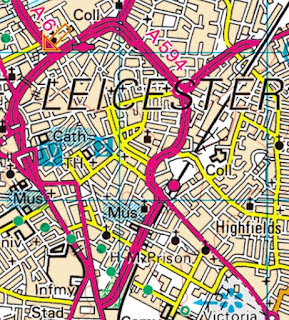 ... serving the rail station (red round blob) and the bus stations. St Margarets, currently having a new skin glued to its steel frame ...

... is shown on the ring road, but the recently rebuilt Haymarket bus station ... 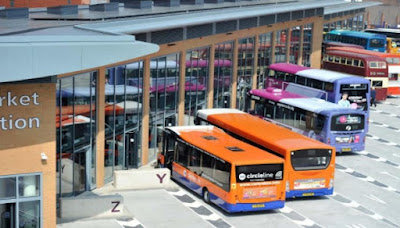 ... (on Charles Street - hence its name) is not shown on the map and would not be served if the bus stuck to the ring road. Other articles suggest that the route might serve the High Street ... 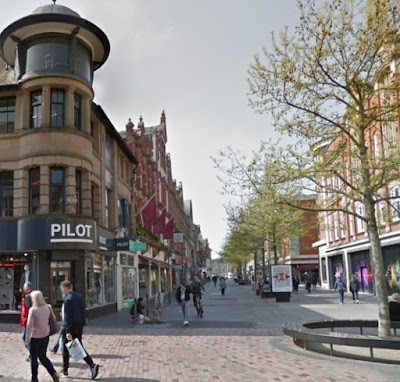 ... which is pedestrianised. At least one periodical tells us that it will have small electric vehicles ... 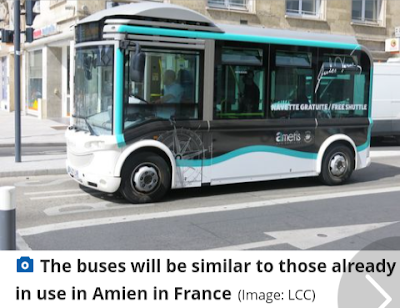 ... as used variously across the channel.
Even more excitingly, a big refurbish is promised to Leicester railway station. 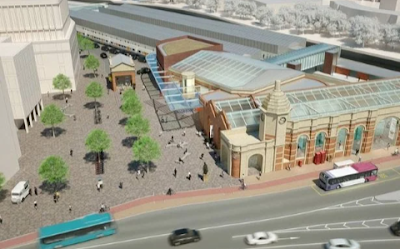 It hardly seem a blink of the eye since the station was, in part, fettled up. Much of the large "porte cochere" facing on to London Road ... 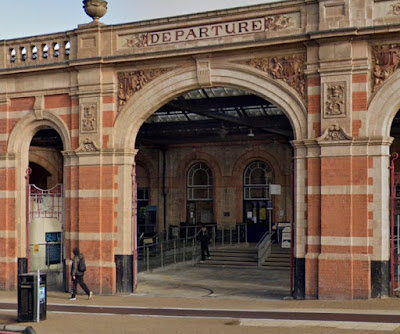 ... had expelled passengers' horseless carriages in favour of better pedestrian access, leaving just a taxi rank. Now the plan is to turn the whole covered area over to "retail". 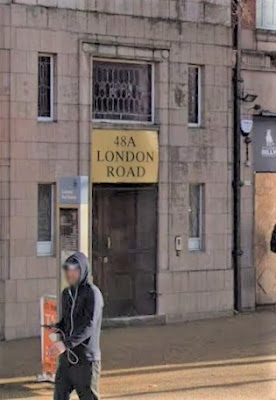 48A London Road will be demolished to make space for a new entrance and taxi rank on Station Street. 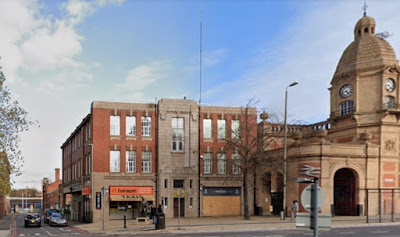 The gateposts to the very first station on the site still stand at the end of Station Street. 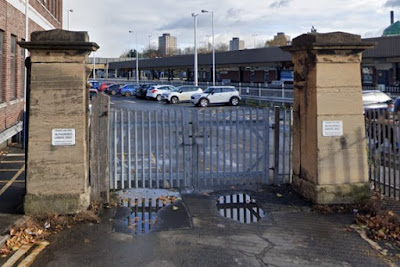 It is to be hoped that they will be preserved in the new development - they do not appear in the architect's drawing above!
Not Quite Right, Tim 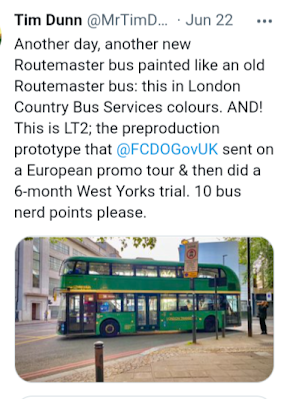 "this in London Country Bus Service colours". Not quite, Tim. 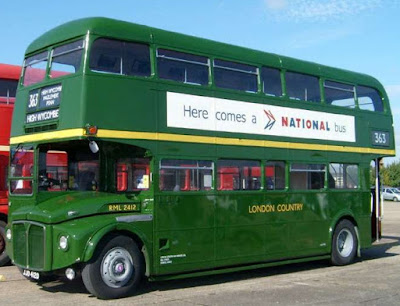 The green is VERY different! 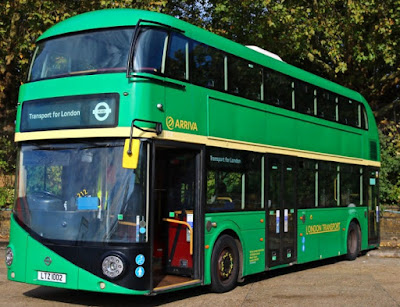 A green bud did a turn in Leeds, with manufacturer Wrightbus hoping the PTE or First might order lots. 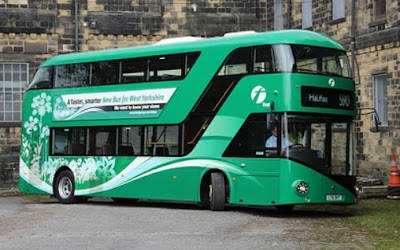 As nobody in London liked them (except departed Mayor Boris) it was not surprising that Leodensians declined to buy any.
Different registration number - same bus?
Six Picnic Tables ... 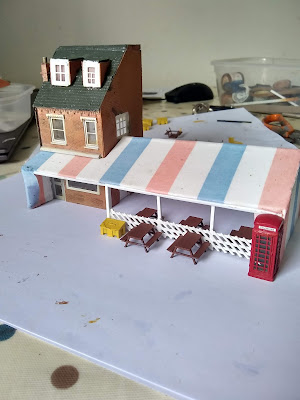 ... painted and provisionally posed at the new Peterville Quarry Station caff. And a grit bin! Caff customers and lighting to follow.
After some delay, the platform canopy had now been glazed. 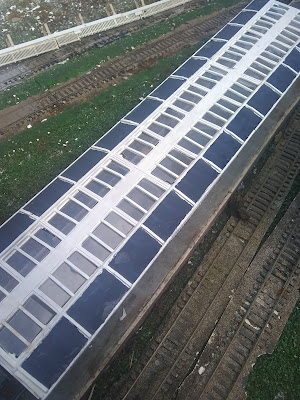 Eagle eyed readers may spot a few gaps in the "glass". This has happened for several reasons.
1. the whole structure is based on three warped Triang roofs.
2. the gaps ensure that real rain does dribble on the waiting passengers
just like the prototype.
3. the gaps will ensure that the rain doesn't lie on the "glass"
and attract mould.
4. fbb didn't cut the panes accurately.
-o-o-o-o-o-o-o-o-o-o-o-o-o-o-
Grateful thanks to Alan (Northampton) and David (Leicester) for supplying infotmation for today's blog.
-o-o-o-o-o-o-o-o-o-o-o-o-o-o-
Personal Note
A correspondent asked whether the fbbs were leading the Church service which can be watched via the YouTube link on tomorrow's blog. Indeed they are, admitted hesitantly as the gruesome twosome do not desire publicity or popularity (?). It is also fairly terrifying as fbb is used to preaching to small congregations - there will be about 80 present.
Therefore, for those that understand such things, please pray that their "performance" will be in God's will and by God's grace and that the whole service will be helpful and a blessing to those who attend whether in person or on line.
The theme, chosen by the Pastor, is "Sacrifice".
Next Variety blog : Sunday 27th June
Posted by fatbusbloke at 02:00