Any Colour - Provided that it's Red - AGAIN!

But not London this time - the city of dreaming spires and a huge death-toll from murders solved by Morse has been playing the livery game. But nobody has told the Oxford City Bus web site people. 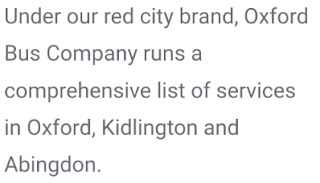 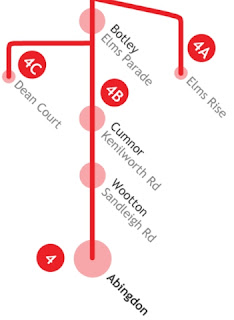 ... and when fbb was last there, so were ALL the buses. 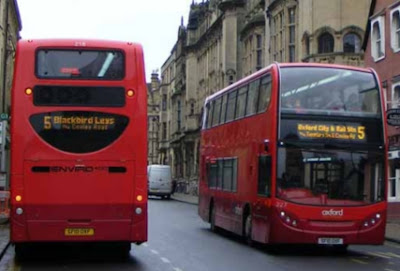 It all began to reveal itself when Northampton correspondent Alan enjoyed a trip to the 50th Anniversary knees-up for the Oxford Bus Museum. He was transported by bus from Oxford Parkway station to the museum site at Long Hanborough.

This banana coloured vehicle was in the car park. 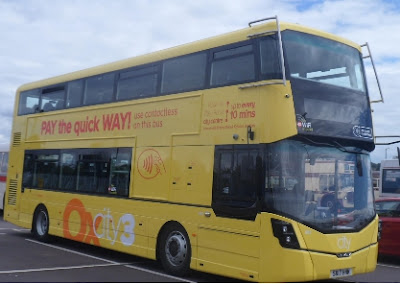 Note that part of its brand name had abandoned the Ford and become oddly abbreviated. 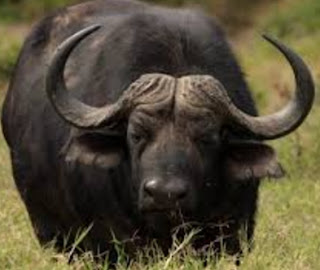 The on-line timetable index has a bit of yellow ... 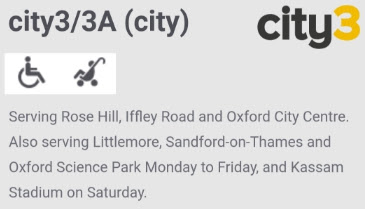 ... and the lines on the network map are coloured, including the 3 in yellow. 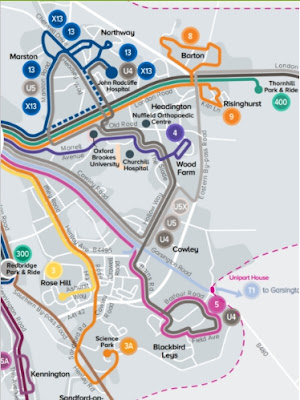 A quick scout round the interwebnet reveals some excitement from Wootton parish council ... 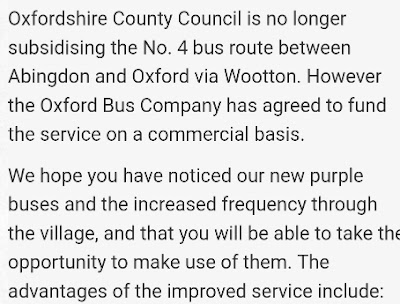 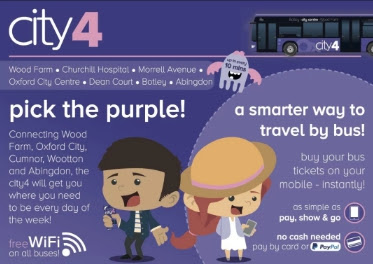 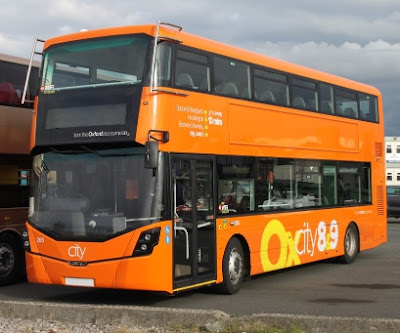 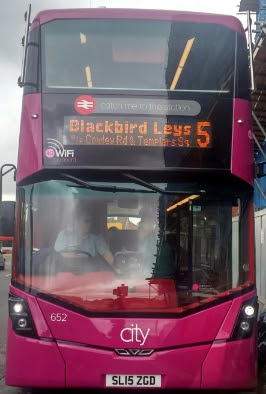 But fbb reckons that there might be a development in this multicoloured craze. It can only be a matter of time before some PR guru offers the (expensive) opinion that a bus company needs to present itself as a wholesome integrated brand, giving a clear unequivocal image of quality and service to the public. (See how easy it is to spew out this stuff!)

What you need is one simple brand for the whole company. Something like this:- 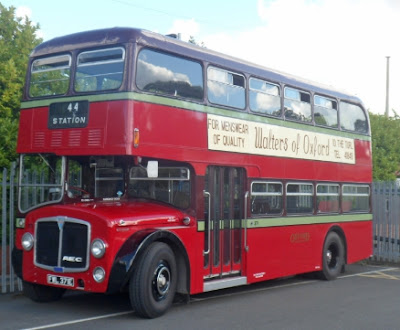 Quality, Distinguished, Distinctive, Reliable and Utterly Stable; that's the ticket. Whoops, sorry that won't do at all.

And that's the swipe card! 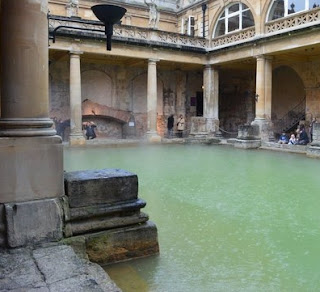 First Bus in Bath have advised its passengers on their service 4 route, from Weston to Odd Down via the city centre, that their buses might look different over the summer. 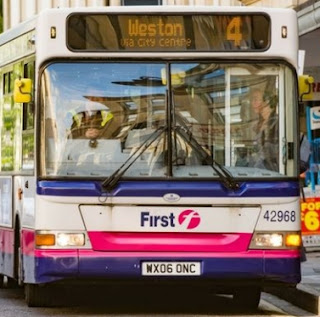 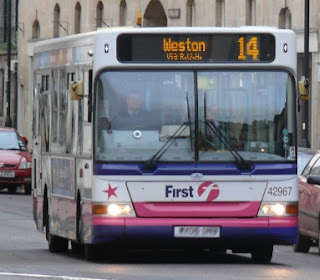 With a number of vehicles away in Oxfordshire on rail replacement duty, the bus operator is putting their Bath Spa Unibus double-deckers on this route.

The Bath Spa Unibus have a striking blue navy design, coupled with the university branding, compared to the usual white, pink and blue buses.

Didn't Unibus used to be a deep episcopal purple? 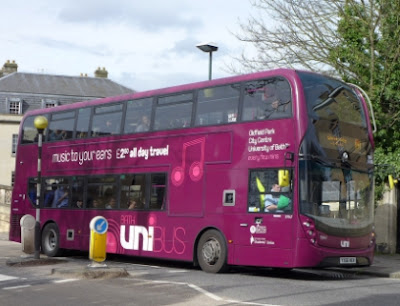 No, hang on, University buses are orange - or were? 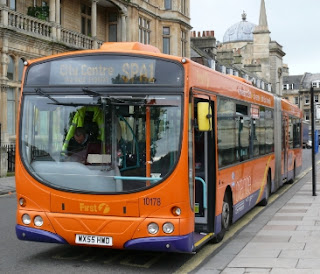 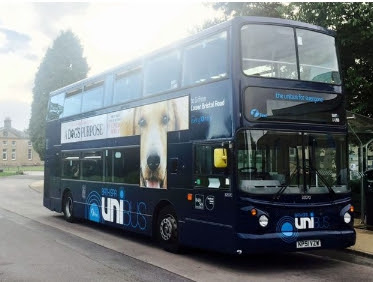 Despite the temporary change of vehicle, there will be no change to the service 4 timetable. 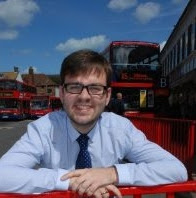 ... said: “We want our passengers to be extra vigilant over the next few weeks regarding their buses on service 4.

“We’re wary that many people will see the double-decker, branded in Bath Spa University livery, and presume that it’s going to the campus. If you’re waiting for a service 4 bus, please check the destination screen on the front of the bus or ask the driver.

“The last thing we want to happen is for a passenger to miss their bus because of this temporary change!”

Andrew continued: “On the Bath Spa Unibus passengers can still benefit from free Wi-Fi and USB charging points so they can stay connected when they’re on the move.”

Maybe it would be too simple to send the Uni branded buses to do the rail replacement stuff and not confuse passengers at all?

It never used to be this complicated. 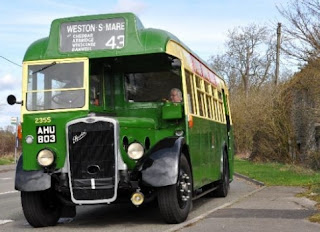