A Picture Is Worth A Thousand Words

It's A Gas in Bristol First Bus has launched its Biogas powered vehicle in Bristol.

Biogas means a gas produced by the anaerobic digestion or fermentation of organic matter. The organic matter can be manure, sewage sludge, municipal solid waste, biodegradable waste or any other biodegradable feedstock. Biogas is mainly methane and carbon dioxide.

Perhaps a livery of sludgy khaki might be more apposite.  Surely we should be aiming to become all electric? It's been a long time coming. Here is a Paris tram in the early 1900s. 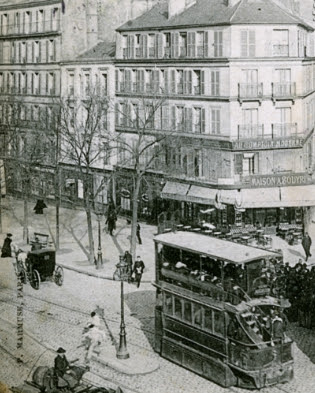 The big box under the car contains batteries which were topped up by plugging into the mains at the terminus. Look, no trolley pole, pantograph or conduit!

Here's a Good Offer
Bonjour!; Hola!;
Ey up!
Ciao amigos!;
parlez vous English...?
Forget it.
Rather than struggling with your Spanish
and exchange rates this summer,
take a trip to one of the top
3 holiday destinations
right here in Blighty.
It's from Virgin Easy Coast (a k a Stagecoach). And the three holiday destinations are London (fair enough), Newcastle (really?) and ... 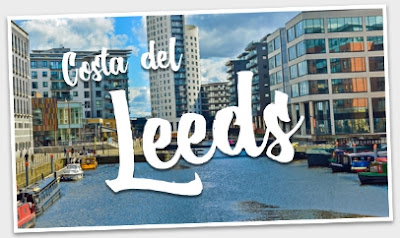 One of Britain's TOP holiday destinations?

And For The Girl Who Has Everything ...

Free travel? Box of chocolates for every m-ticket purchased? 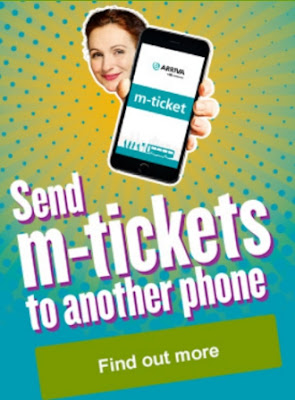 No - but you can send an m-ticket by phone to someone else, such are the benefits of modern technology.

The Lure Of Steam
Various pictures have arrived via Twit site promotion. They all capture something of the power, the magnificence of the traditional express steam engine. O.K. we all know they were appallingly inefficient, most definitely nowhere ass "green" as their traditional livery, but ... 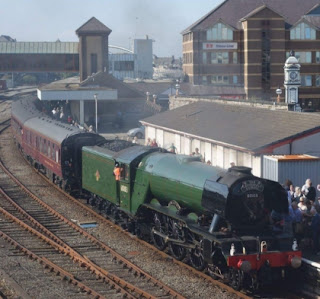 Flying Scotsman at Holyhead with nothing "modern" in sight. 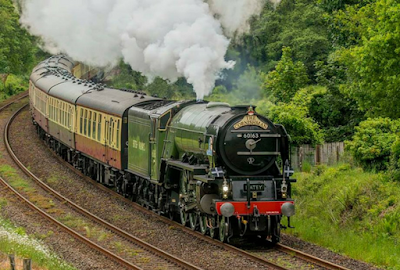 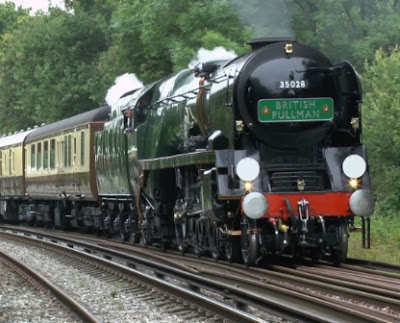 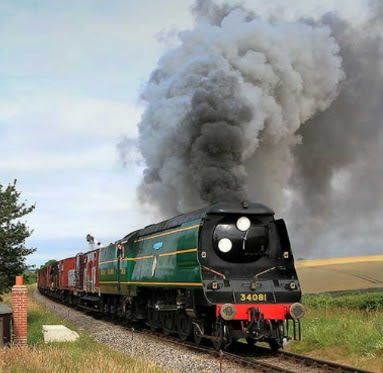 Battle of Britain "92 Squadron" on the Bluebell Railway. On freight? Sacrilege!

But these pictures surely capture some of the reasons why we all loved the smelly, smoky, hissing beast that was the express passenger steam engine. 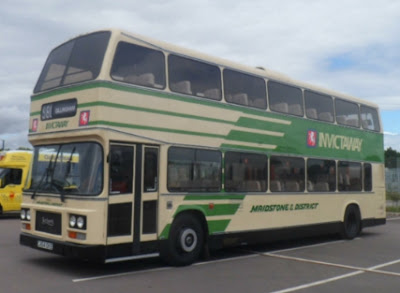 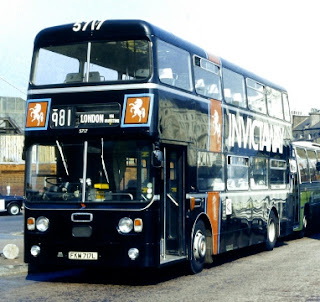 A 919 coach route between London and Tenterden using dual purpose Leyland Leopards had existed since 1979, although this was not branded Invictaway.

C454 GKE (at the head of this snippet) was snapped by Northampton contributor Alan. It was on show as part of the Oxford Bus Museum's 50th anniversary weekend.

fbb acquired the Corgi Invicatway bus and coach set some years ago. The bus is, by today's standards, a very crude model ... 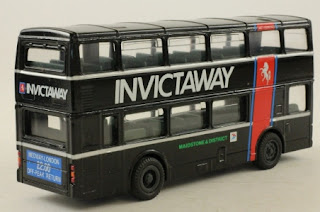 ... but it is a happy (?) reminder of the days when NBC companies and their successors were beginning to experiment with non standard identity.

And Finally ...
After completing his work for First in Sheffield (on time!) fbb now has to update GoTimettable. The really big changes will be in place on Monday next, with less dramatic timetable tweaks following a few days later. 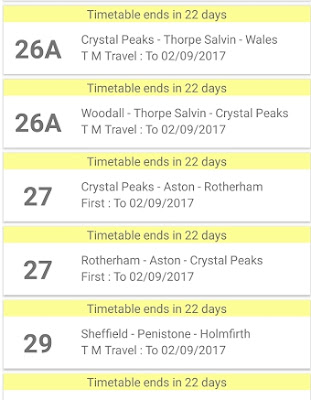 It would probably be easier to record what isn't changing. 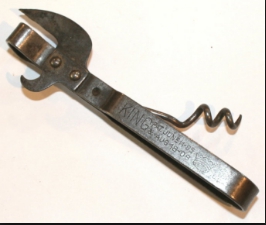