How Do You Train for the Circus?
Answer, use a very long one. 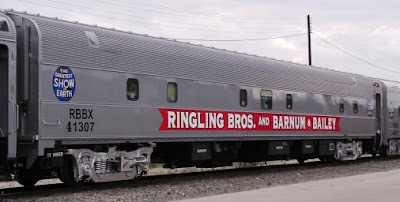 Earlier this year in the good ol' US of A, Ringling Bros and Barnum & Bailey finally retired their circus train. Apparently the American version of "circus" is super galactic and massively huge, so a very long train was needed to transport "The Greatest Show on Earth" from place to place. Here are the elephants boarding one of the coaches/vans. 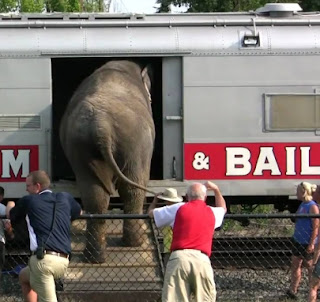 We remember that the US loading gauge is much bigger than here in the UK, so Jumbo and his pals can board with comparative ease.

There is an on-line video of the final train trundling across a level crossing. fbb twice lost count of the number of bogie vehicles in the consist of this final run of the circus train. The video shows it as being hauled by four diesels ... 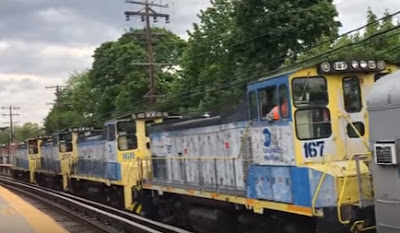 ... moving at about 10 to 15 mpg across a level crossing. One quick shot pans to the waiting cars with drivers out of the seats trying to understand what is happening.

Blog readers can watch the fourteen minutes of train trundling, but fbb will just add a few screen shots. 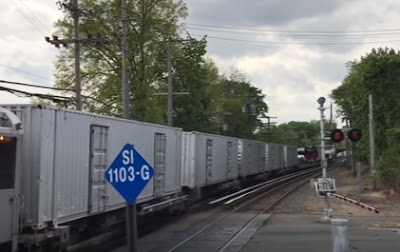 After a very long rake on "carriages" as illustrated at the top of this post, came a selection of non-passenger box cars ... ... then flat cars with trailers and their mechanical horses. 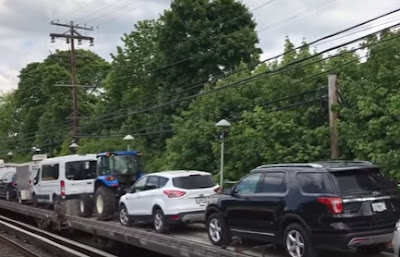 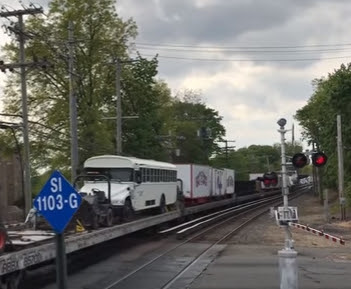 Followed by more and more of the same. But it did, eventually, come to an end. 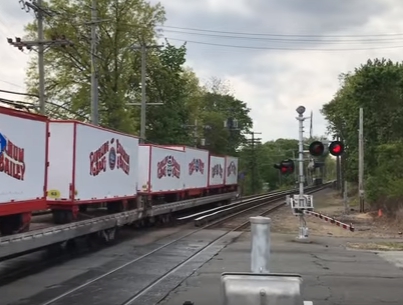 fbb does not know how much of this stock would travel regularly across The States, but, presumably rail travel has become increasingly unviable in recent years with the closure of vast lengths of line.

Ringling Bros. and Barnum & Bailey Circuses separately and together grew to dominate live entertainment through their frequent purchases of many other American circuses. In modern times, they travelled in two circus trains, the blue unit and the red unit, following an alternating two-year schedule to bring a new show to each location once a year. The RBBB circus trains were more than one mile in length, and included living quarters for the performers and animal keepers. There were also special stock cars for the exotic animals and flatcars for the transportation of circus waggons, equipment, and even a bus used for local transportation at performance sites.

The US enthusiast magazine ...

... records that final runs of the two ("blue" and "red") trains earlier this year. 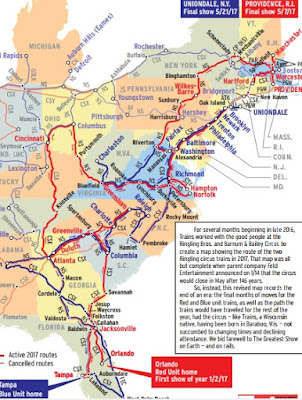 It is not just the trains that are being pensioned off; the whole circus operation is being closed down, much to a joy of the animal welfare campaigners. "The Greatest Show on Earth" ... 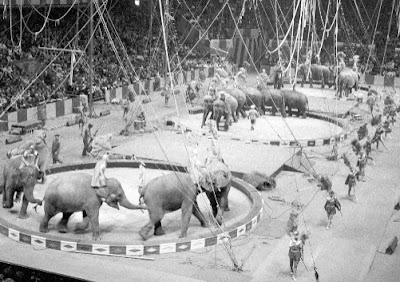 But railway modellers in the US can re-create something of the immenseness of these train, if their layout is big enough. The model maker Walthers has marketed kits for "circus" cars which are advertised on-line. 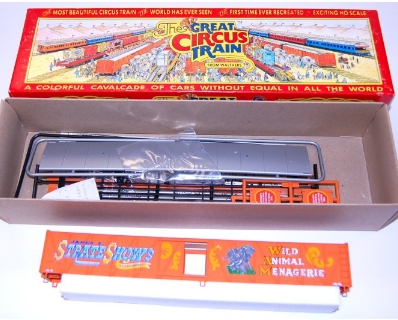 Lionel has made a complete train, but somewhat smaller than the mile-long version explored briefly above. 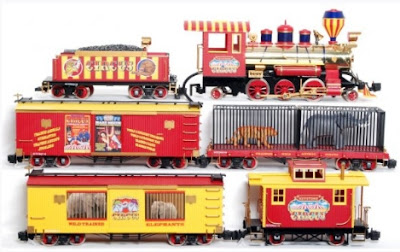 In the UK, Hornby offered an even small circus train, sold complete with a cardboard small big top to assemble. 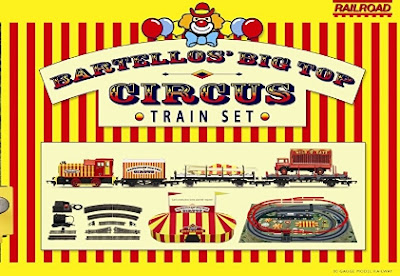 Readers with long and particularly efficient memories may remember that fbb's first locomotive purchase was the lurid Bartello's diesel loco. 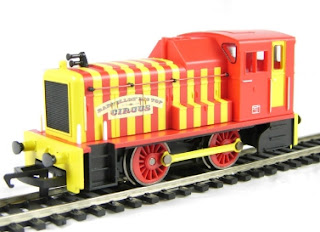 The fbb version has the added garishmess of wasp" stripes. 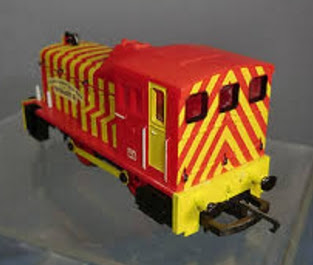 Your author quickly repainted his in a mode sedate blue; but kept the diagonals. Hornby also produced a range of road vehicles to enhance to whole display. 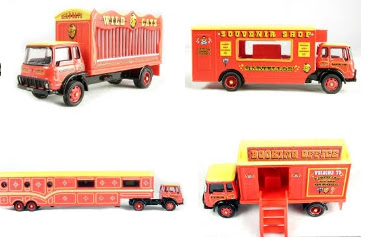 Another transitory model was a box st for the Thomas the Tank Engine series ... 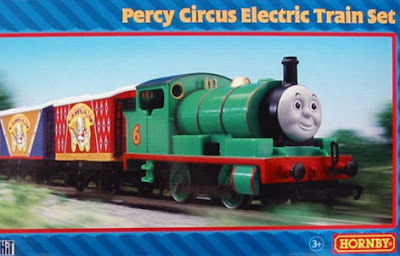 ... but none of these comes close to the size and atmosphere of the real US thing. And this is just the front few coaches! 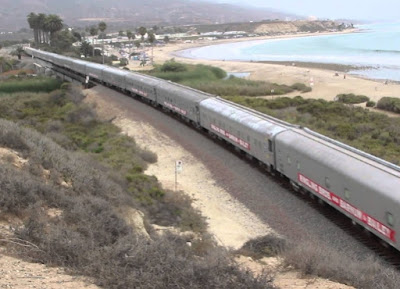 Certainly it must have been an impressive sight, but maybe not for those poor folks queueing up at the crossing waiting for over a mile of train to pass by ... 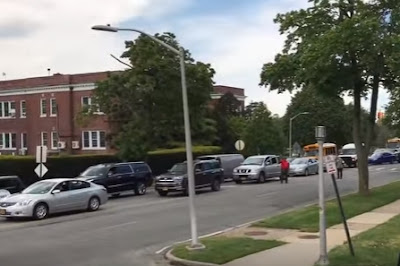 Tomorrow, w assemble another batch of bits and pieces that have arrived at fbb mansions over the past few weeks.

Work is progressing well; a shorter day yesterday. fbb has been grappling (successfully) with Hexthorpe ... ... and (so far) unsuccessfully with Sykehouse and Fishlake. 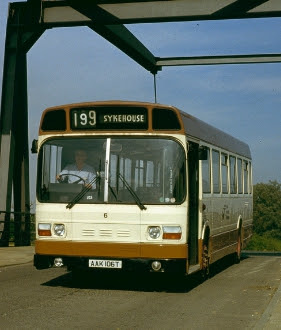 Next variety blog : Friday 11th August
Posted by fatbusbloke at 02:00