It didn't look good in the morning with most of the Western Isles hidden in mist and rain. 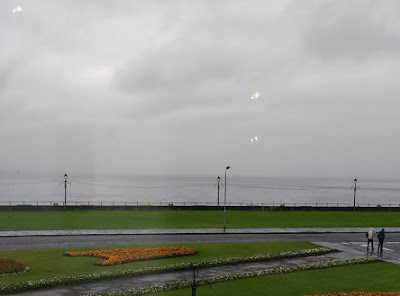 The flight of UFOs, by the way, was not an invasion from the planet Zog but merely reflections of the internal illumination in the fbb's holiday flat.

2017 marks the 70th anniversary of the Paddle Steamer Waverley's maiden voyage, so a repeat trip seemed appropriate. No 3 son was keen to have a "wee sail"; but a "wee sail" with extensive views of sea mist and low cloud did not appear to offer good value for money. 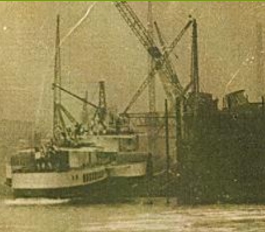 ... and her first ever passenger carrying trip was on 16th June 1947 when she sailed from Craigendoran (near Helensburgh) up Loch Long to Arrochar (near one of the many Tarbets). 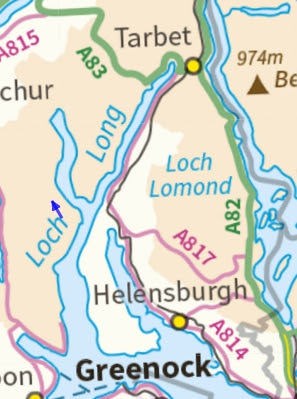 The trip was partially replicated on 16th June 2017 with two passengers on board ... 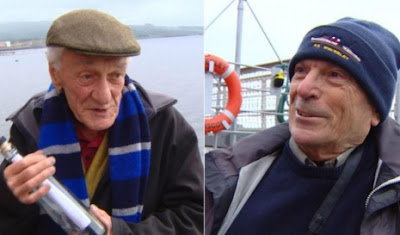 .. who had sailed on that maiden voyage.

James Stevenson (left) has been a regular passenger over the years - but on this voyage he released a message in a bottle. He said: "I was there 70 years ago. Pure chance wasn't it - but then life's pure chance. Regarding the Waverley, I've kept up the tradition of coming every year I think."

For Alistair Thories, the voyage brought back many memories. "It's very emotional because to me The Waverley is memories of my parents," he said. "I was 10 when they took me down on The Waverley in 1947. She was brand new, she's just looking like she was then. It was a breezy day - but a good deal sunnier, as I remember." 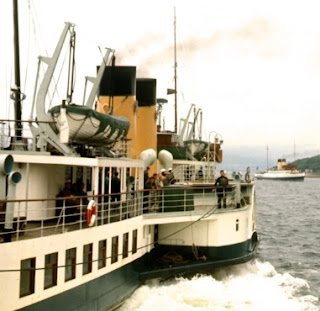 With the nationalisation of the railways (and thus the ferries), the funnels were painted yellow, the colours of the state-owned Caledonian Steam Packet Company. In the boat's latter years, this was enhanced (?) by the adornment of the Scottish lion in red. One such lion is displayed just outside the Souvenir Shop. 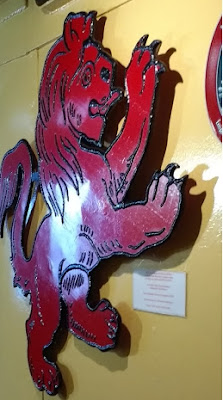 The preservation project returned her to her original colours, namely those of the North British Railway (NBR). 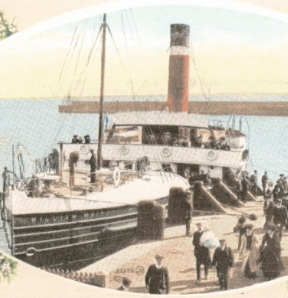 The NBR had become part of the London and North Eastern Railway in 1927, but the boats retained their heritage funnel colours as on the P S William Muir (above).

Scotland had begun to appear from the murk, as seen from the window of the flat in Largs, at 1130 ... 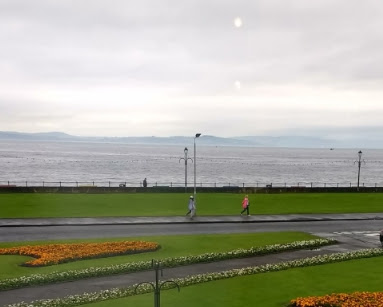 ... and the delayed decision was taken to "go for it".

It was not ideal cruising weather, being overcast, cold and dreich; low cloud was, at times, rolling down the hills - typical West Coast August weather! 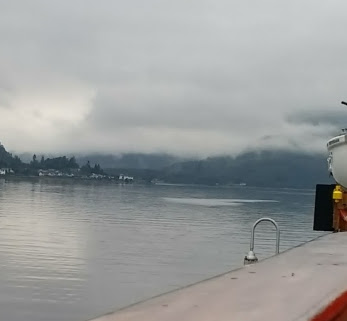 So, whilst the views were potentially magnificent, they were not particularly photogenic, so fbb decided to take a closer look at the vessel itself.

Of course everyone has to descend below decks to look at the engine. 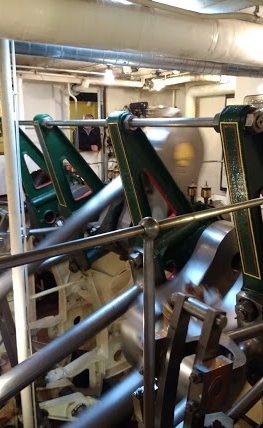 It is a diagonal triple expansion steam engine built by Rankin and Blackmore of Greenock. "Triple Expansion" means that the steam starts off in a high pressure cylinder, transfers to a medium pressure ditto and finally gives the engine a last weaker prod in a low pressure can.

The working speed produced is 16 mph, although in trials when new 21 mph was achieved. The drive shaft to the paddle wheels forms an effective obstacle in the main passageways, especially effective at causing n outbreak of head banging! 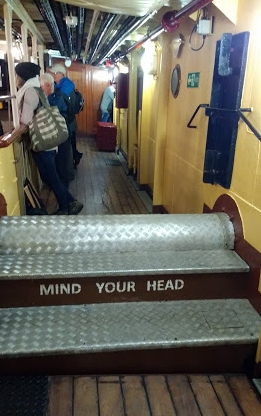 What is hard to imagine in 2017, is the effect of Waverley's luxury and sophistication way back in 1947. The restaurant today serves good meals ... 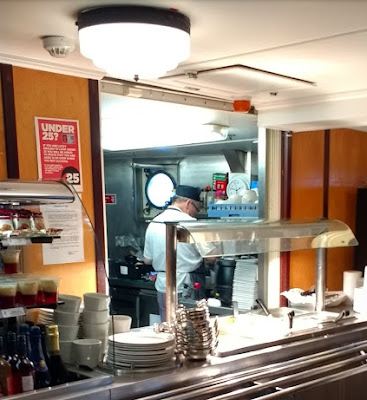 ... but self-service in a somewhat spartan environment. 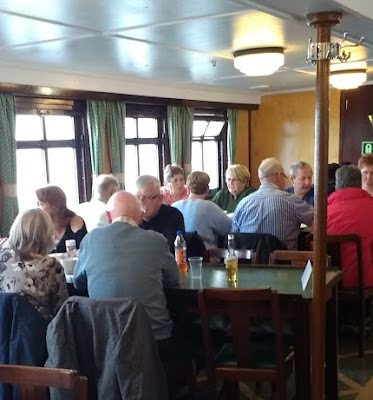 As late as 1970, in the last years of its "cruising" life, luncheon was waiter/tress service with a three course table d'hôte meal ... 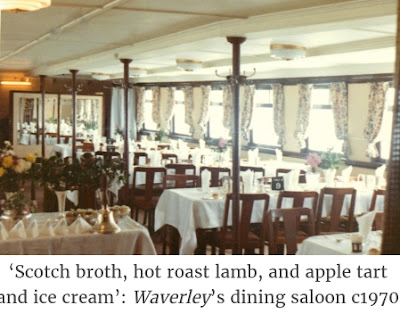 Today there are tea rooms and a bar "serving 30 different types of whisky." 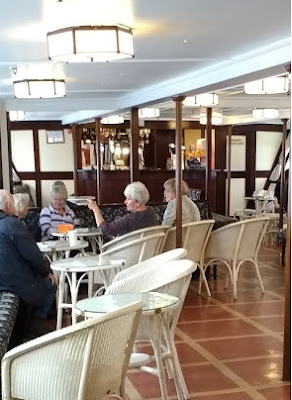 The fbbs satisfied their thirst with a very pleasant cuppa served in a very unsophisticated cardboard cup. 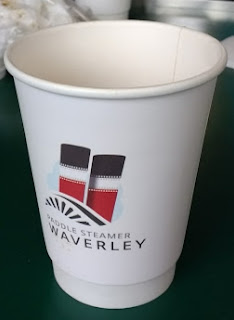 Whilst the Waverley ended its state-owned working life as a cruise boat, it is worth remembering that originally these vessels were the public transport of the lochs, calling at many piers and jetties, small and large, to provide essential links with the outside world.

Now this magnificent ship (boat)** has changed from "bus" to "coach", offering enjoyable tours to the likes of the fbb gang.

Tomorrow we take a look at one of the "bus" services operating between 1909 and 1933 on a similar route to that sailed by your seafaring blogger and family.

** The difference between a ship and a boat? Ships have boats on them ... 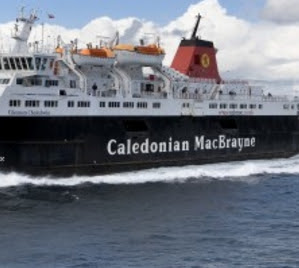