How To Make Public Transport Difficult (1)

This Time It's McGills 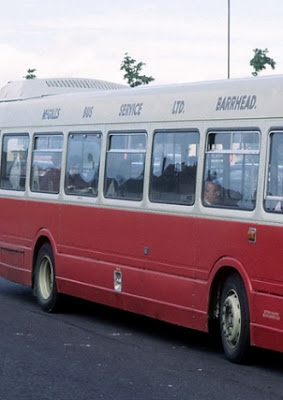 But not the McGills Bus Service Ltd Barrhead of old.


The McGill's Bus Services name first came into use in 1933. This company was based in Barrhead and owned by the McGill family. It expanded significantly during the years leading up to bus deregulation, but in July 1997 sold out to the major operator in the area, Clydeside 2000, in the face of significant competition from independent minibus operators.

In July 2001, Arriva decided to withdraw from its Inverclyde operations, which were loss-making and faced significant competition from independent operators. Its Greenock depot was sold to former GMS owner Alex Kean and the Easdale family with each owning 50%. The McGill's Bus Services name was revived by the new company and a new livery of blue, white and gold introduced. 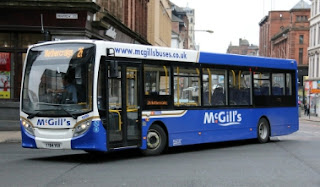 Then in March 2012 Arriva sold its remaining operations in Scotland to the (new) McGills!

We learned in an earlier blog that, when fbb's No 3 son joined them in largs he flew from Gatport Airick. Because of sloppy timetkeeping by EasyJet, he missed the bus from Airport to Paisley and decided to walk. He had plenty of time and enjoyed the fresh air and the architectural delights of Paisley. 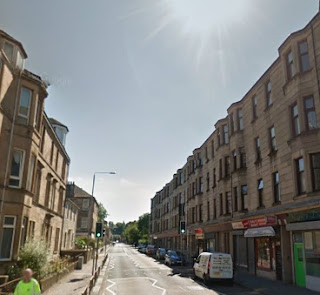 But returning southwards on Thursday, last, he decided to avail himself of the bus link from Gilmour Street station to Glasgow Airport. 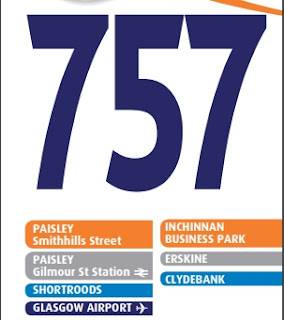 fbb was well aware that the bus required was the 757. 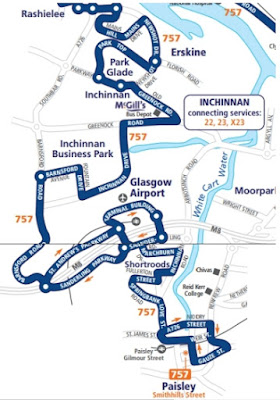 It is hardly what you would call a premium service despite the smooth-looking vehicles that now grace the route. 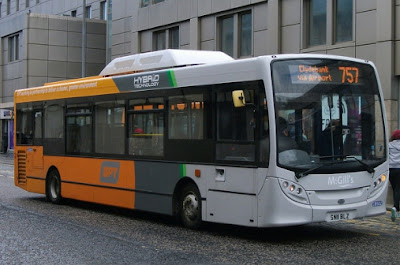 In fact the 757 is a concatenation of lots of little local bits in Paisley and Erskine with the Airport in between. The exciting bit is the trip over the little used Erskine Bridge. 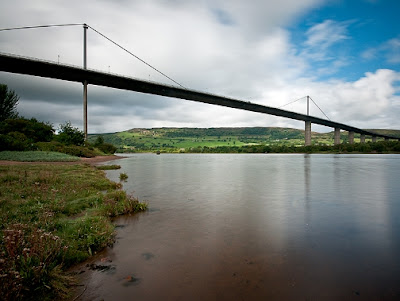 Mrs fbb's late Aunt Jean was less than impressed with this novelty. "You wouldn't get me up there," she announced, "and you shouldn't go over it in case it breaks!"

Back to the 757. It leaves from a posh shelter on Old Sneddon Street ... 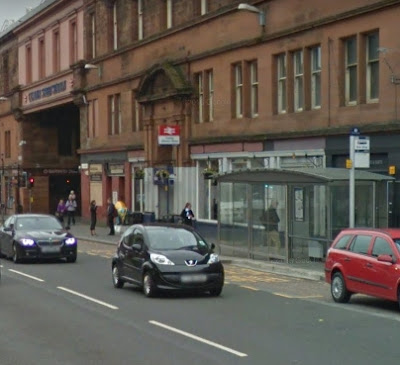 ... near the rather unimposing back door of the station. 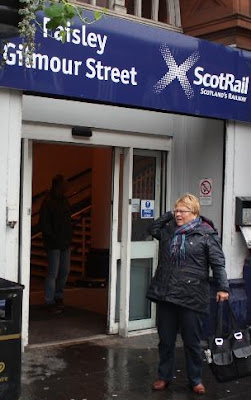 It has been Scotrail-ised since Google Streetview passed by.

In the shelter were three timetables. There was the expected 757 ...

... offering a 15 minutes daytime service to the Airport, adorned, as we come to expect from a departure list, with a selection of notes. 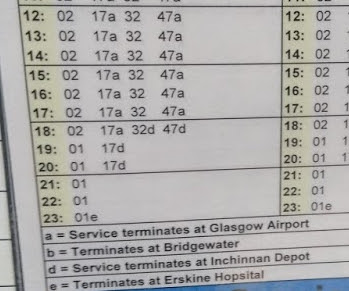 Fotunately, McGills confirms that the notes are irrelevant for airport passengers.

So far, so good. No 3 son caught his bus and arrived at the airport slighly bemused by the circuitous route. Being used to the likes of Gatport Airwick he found the approaches to Glasgow's much smaller facility slightly bemusing; "it's like an airport on a housing estate," he opined. 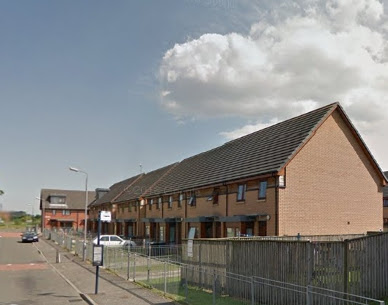 But then came the killer blow.

It is the 66 that makes things difficult, as we shall see tomorrow.