By Bus to Blairmore

Yesterday fbb was travelline (virtually) about 100 years ago, by paddle steamer, to Blairmore on Loch Long. Realistically, the route today will still make use of ferry. For foot passengers this would usually be the Argyll ferries vessel from Gourock to Dunoon. 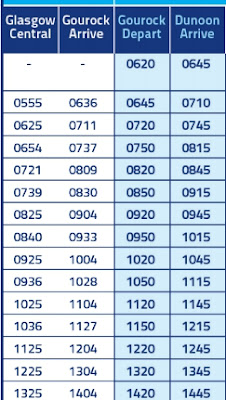 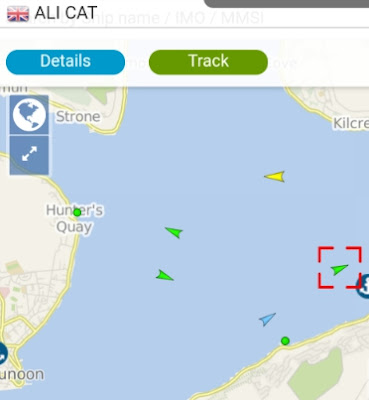 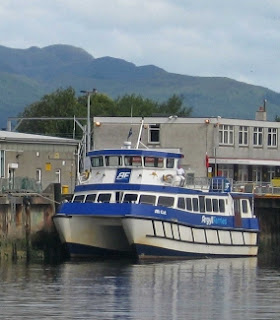 Presumably whatever else is running doesn't have its location thingamabob switched on? The other green arrows are the Western car ferries to and from hunters Quay. 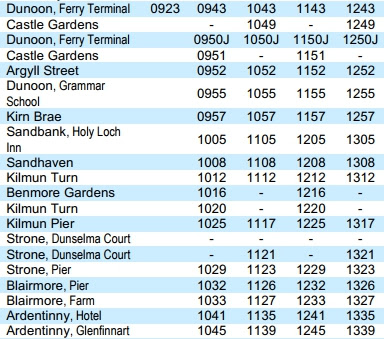 ... approximately hourly which also visits the former piers at Kirn, Ardndam, Kilmun and Strone. fbb can find no record of the running time of the old steamers, but reckons an hourly frequency from Glasgow to Blairmore is a great improvement. If anyone has an old ferry timetable, perhaps they would do the comparison and let the old man know? 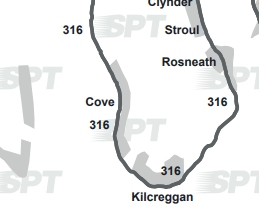 ... also accessed by ferry from Gourock. 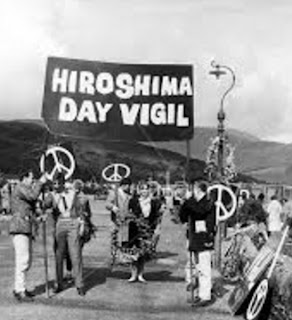 In 1961 the good folk of Holy Loch and the surroundings objected strongly to uncle Sam mending his nuclear submarines just off shore. 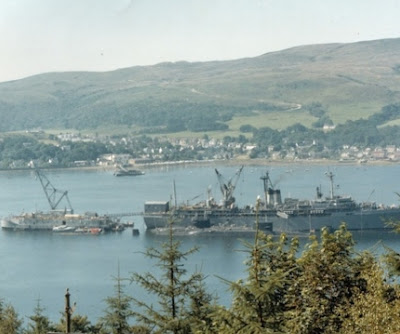 They were even less keen to know that the subs often contained live nuclear warheads!

The Americans have now left, but UK has Trident. The subs, when they are at home, live in Gareloch, one patch of wet east of Loch Long/Holy Loch. When fbb was on board Waverley last week, the vessel sailed up Loch Long and into Loch Goil ... 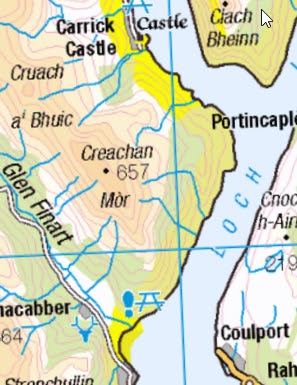 ... to do a "U" turn at Carrick Castle, in times past a calling point for regular steamer services. 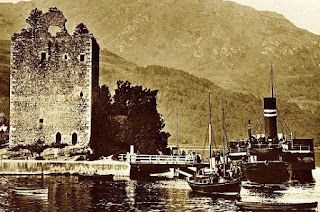 On the way back south, the commentator aboard today's version of those ancient ships made no mention at all of a number of lookout towers on the eastern shores of Loch Long ... 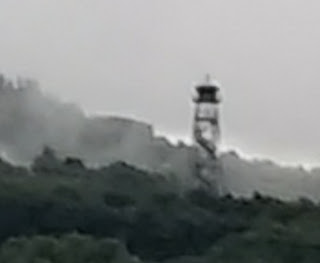 ... nor of a seemingly deserted warehouse on the lochside. 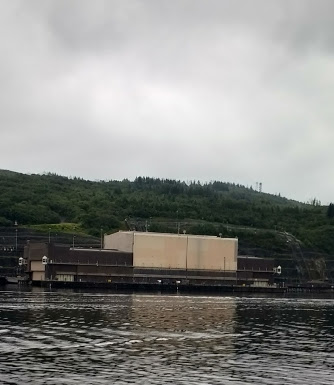 It too had lookout pods at all four corners. 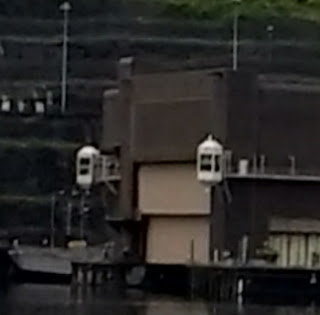 Of course, fbb has no idea what is handled therein, but it must be important. Perhaps it is the essential emergency store of Scotland's other favourite drink. Inside are vast reserves of Irn Bru. 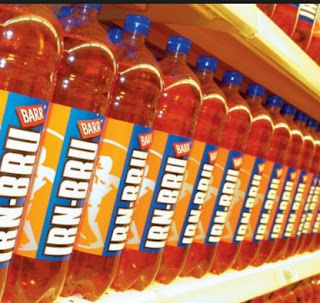 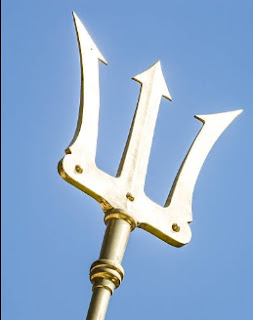 ... were loaded on to boats inside there. Sounds a daft idea to fbb.

Not In Scotland : Weather Report
Northampton correspondent Alan sends this piece of information from the (n)ever helpful screens provided by Northampton Council. 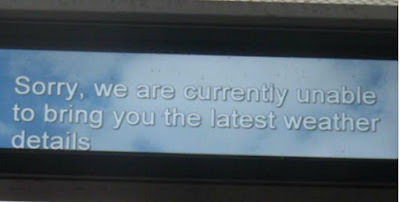 Alan suggests that he has an alternative way of "discovering the latest weather details", but sadly he has not revealed his non-electronic system to fbb. 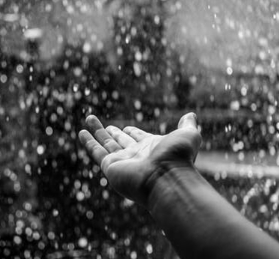 Whilst suffering angst as a result of the lack of weather information, Alan then turned to a departure from Bay 4 at North Gate bus station. 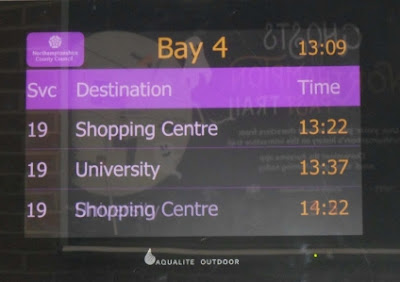 Apparently, Alan avers, there is more than one "shopping centre" in Northampton but the (n)ever helpful supplier if bus times and destinations (as indicated in the top left hand corner) ...

... doesn't know which one. Both Alan and fbb have worked it out. 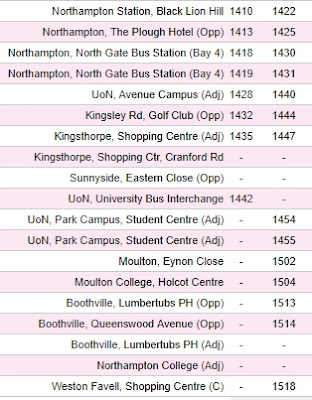 It's easy when you know!

Tomorrow : the man who loves buses so much that he decided to make one.

Next mini-bus blog : Sunday 27th August
Posted by fatbusbloke at 02:00