What's grey, stands in a river in the rain and doesn't get wet?
An elephant with an umbrella!

What do you call an elephant that doesn't matter?
An irrelephant.

What's big and grey and wears a mask?
The elephantom of the opera!

What's grey and moves at a hundred miles an hour?
A jet propelled elephant!

Why does the elephant bring toilet paper to the party?
Because he is a party pooper.

Why did the elephant cross the road?
Because the chicken was having a day off!

It was inspirational artist and children's entertainer Tony Hart ... 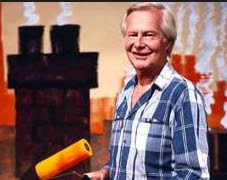 ... who unknowingly taught a youthful fbb that "pachyderm" was a word for any big animal with thick skin. One of Tony's cartoon character was an elephant called Pachy (Packi?). The word is a concatenation of the Greek words for £"thick" and "skin". 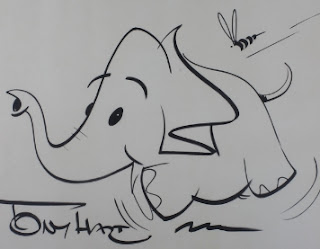 So where is the transport connection? 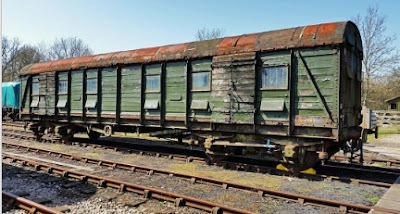 This truck lived, in recent times, on the Bluebell Railway. Here it is being refurbished, nay almost completely rebuilt. 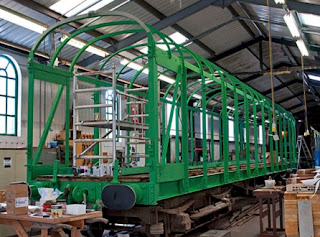 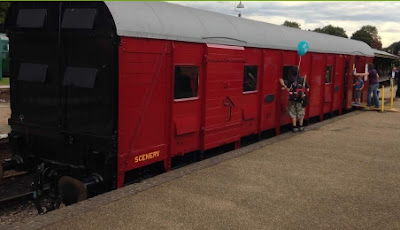 Although it says "scenery" and was used to carry stage sets back in the days when touring theatre companies took everything with them from town to town - including their own scenery, it was one of a batch of carriage trucks with strengthened floors to transport circus elephants.

Here is a medium sized jumbo laving a similar vehicle with end doors. 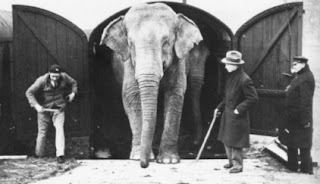 fbb remembers his grandmother reminiscing about the "good old days" when the circus arrived by train at Northampton Castle station and paraded though the town to the park. The parade was both practical and created its own live advertising. On-line, fbb found one such parade photographed in Merthyr Tydfil, probably in the 1950s. 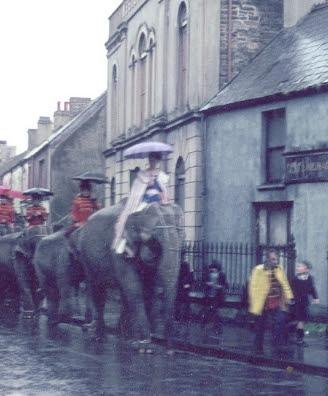 Of course, it's Wales and it's raining!

The Bluebell's "elephant truck" has been kitted out as a children's playroom. 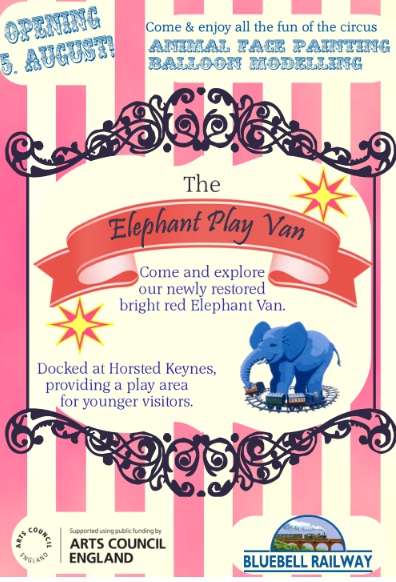 Here are more elephants being loaded onto a more modern van at St Botolph's Station. ... 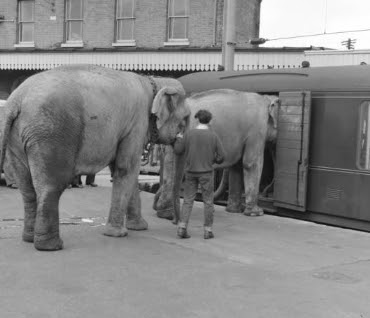 ... and here is a more modern picture of the same spot from a slightly different angle. 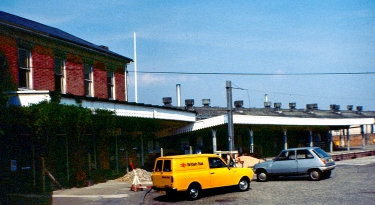 And if the station name is unfamiliar ... 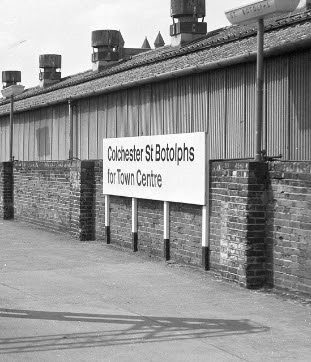 ... it is now called Colchester Town. It lies at the end of a short spur off the Clacton main line, and is much closer to the town centre than the main station. 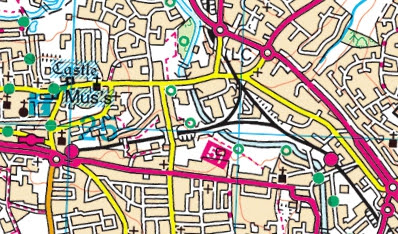 Its service consists of a fast(-ish) train to London and the all stations trip from Walton-on-the Naze, each running every hour. 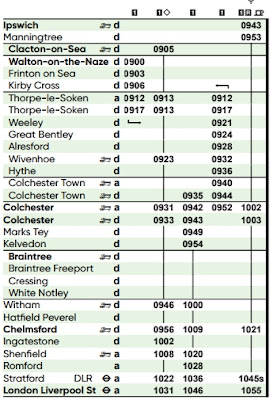 And the unusual former name? 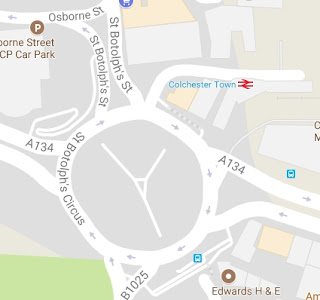 St. Botolph's Priory was a Medieval Augustinian religious house in Colchester, Essex and had the distinction of being the first and leading Augustinian convent in England until its dissolution in 1536. 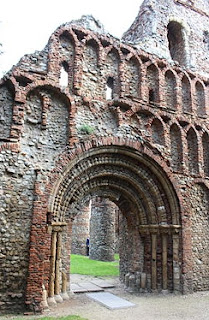 Part of the church remained in use as a parish church until the seige of Colchester in 1648, when the Royalist town was attacked by General Fairfax. During the seige the church was largely destroyed by cannon fire and has never been repaired.

From a cartoon elephant to a ruined priory - such is the delight (?) of an fbb rambling blog. But there will be more about circus trains tomorrow.

Next circus blog : Thursday 10th August
Posted by fatbusbloke at 02:00