And He Is A Bus Nut As Well

What Evokes The "Real" USA Of Recent Past? 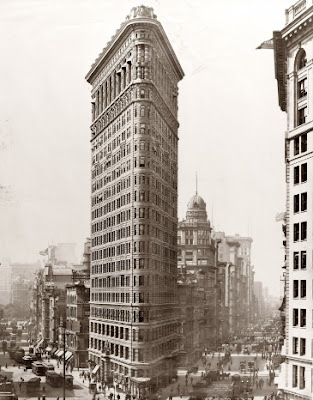 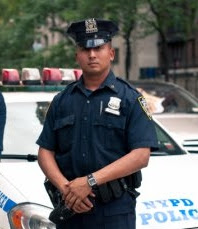 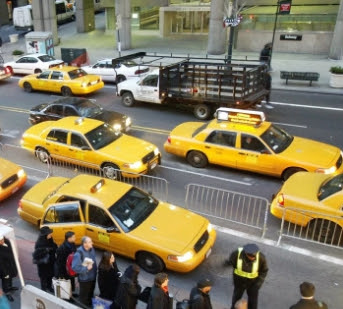 For fbb, one of the icons of the not too distant past is the New York Bus. 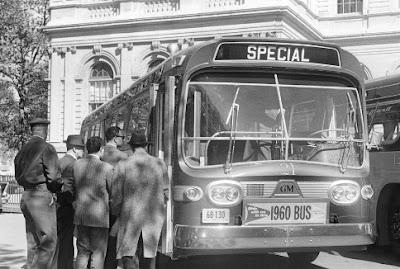 Known affectionately as a "Fishbowl", but officially as the "New Look Bus", these General Motors vehicles appeared in many TV show and films of the 1960s. Does fbb remember correctly that 'Tec Harry O (David Janssen) was obliged to travel by bus in the TV series of the same name? 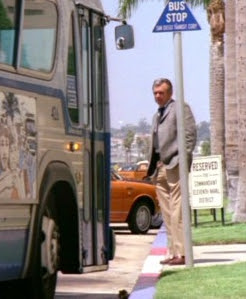 Here he is waiting for a Fishbowl!

So when Jason Schron decided that his Rapido Trains company would make a model bus, he chose the fishbowl. Even more, he bought a fishbowl! 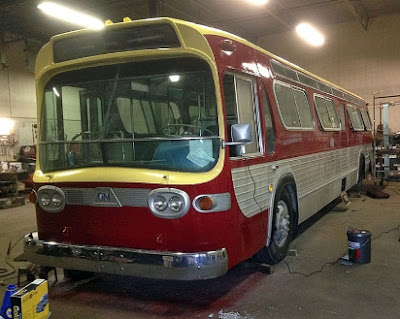 Now restored, it is part of Rapido's publicity machine. 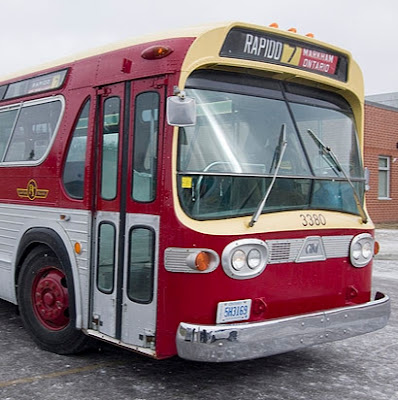 The model, produced in China as usual, is to HO scale (3.5 mm to the foot) and claims to be the most accurate model bus ever made. The New Look Bus was the face of North American public transit in the latter half of the 20th century, with almost 45,000 built between 1959 and 1986. Everyone remembers the New Look, also known as the “Fishbowl” Bus. Amazingly, for a bus that had such an enormous impact on the urban fabric of our towns and cities, there have been surprisingly few models made of it. 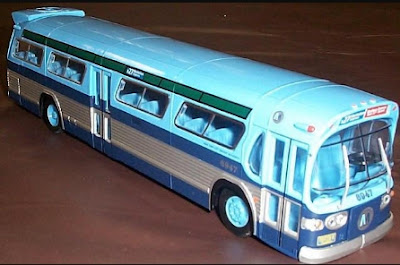 The existing models – in 1/50 and 1/87 – suffer from serious dimensional flaws. The real New Look Bus was all about curves. The body cross section is fairly “tubular” with a pronounced curve to the whole side. The windows, similarly, are not straight. The ends have very distinct curves throughout. Yet every model to date has these areas dead straight. It means that the existing models were designed from rough two-dimensional plans and not from real blueprints.

Rapido has used laser scanning to "record" minute rivet detail as well as all the obvious shapes and sizes.

All of the New Look Bus models include: 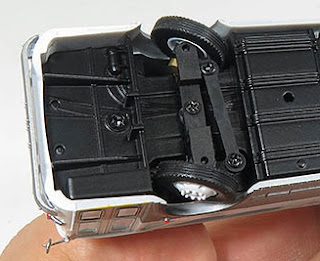 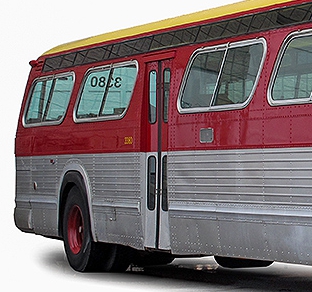 Our Deluxe New Look Bus features all of the above, plus: 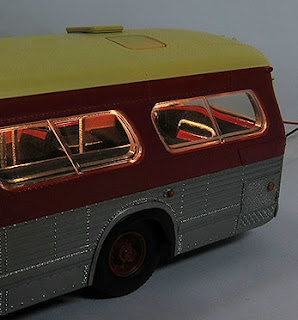 And if you want to buy one, tough luck, the currnt production run is closed with orders to be fulfilled towards the end of 2017 or early 2018.

But Jason Scram has been to Birmingham. 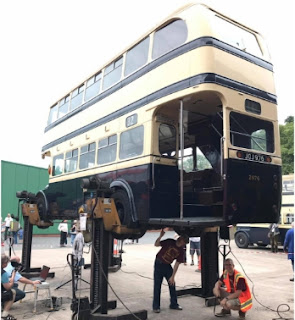 ... when a Brummy bus was, erm, laser scanned. This will be Rapido's first UK model, available to order in various versions. Mr Schron was even cleverly photographed holding the bus in his hand. 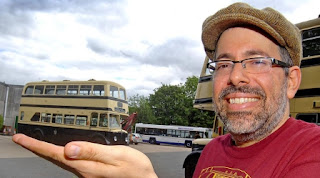 The model will be avaialble in various versions as a base price of about £40 with the de luxe version (with lights, animatronic miniature conductor and working diesel engine**) costing £50. Rails of Sheffield has a full list of what is on offer. 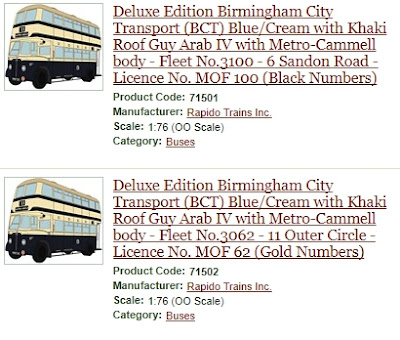 A Christmas gift from Mrs fbb to her ever loving hubby? Maybe not?

But would fbb want black numbers or gold numbers?

Or maybe a slightly different colour of blue?

Next, on full size buses, we must get to the Airport