What Are PTE's For?

Certainly In Sheffield NOT For Publicity

When PTEs arrived on the public Transport Scene in the 1970a hey ere hailed as the best think since sliced bread for the bus (and later rail) passengers. buses were painted in an unusual but distinctive livery of brown and cream with a variety of experimental "SY" logos. The final choice remained around for a white ... 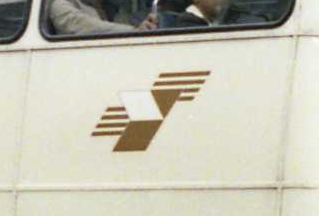 ... but inevitable was updates and "improved".

We tend to forget that the PTEs also ran local trains in their area, usually with the logo added to a version of British Rail's livery; but in some cases with a full repaint.

there was even a DMU in the brown and cream style and it looked quite smart. 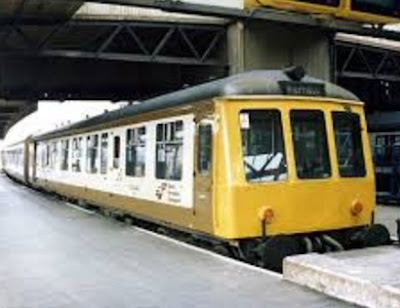 All this came to an end with privatisation, deregulation and restructuring. Wikipedia tells us what STPTE does now.

SYPTE is responsible for all the bus stops, shelters and bus interchanges in the county, along with park & ride sites. It provides comprehensive public transport information at stops, in the form of timetable leaflets, information on the web and a telephone enquiry service called Traveline. SYPTE has a network of Information Centres providing information and ticketing. SYPTE administers the concessionary travel schemes for children and students, senior citizens and the mobility impaired and the countywide multi-modal ticket Travelmaster.

Well, it used to do these things.

But most of the practically useful bits of its duties have been steadily withdrawn, as we all know. Not only is there now no printed information at all but the quality of what is available on line declines all the time.

There are significant changes to many, many bus services from 3rd September. Slowly the non-leaflets are appearing; after a sudden burst last week, the rest are dribbling through. The latest arrival is the services to Chesterfield ...

... which have been available on the excellent Derbyshire timetable site for some time. 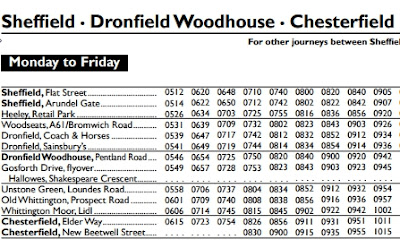 But what can be very useful, when services change their routes, is a good map.

PTE maps have never been good, but at least there is one with every non-leaflet.

Here is the map for the revised network of service between Sheffield, Swallownest and points east. 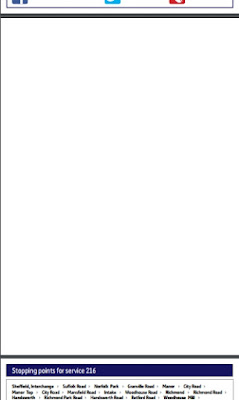 Most non-leaflets, however, don't even bother with a blank space. Complicated changes are unsupported cartographically, just when a visual guide is needed

What is more galling is that some of the information is misleading.

Here is what the PTE told parish councils in the greater Rotherham area as part of their advance warning for the September changes. It concerns route 74.

The "ending" 74 and the "revised" 74 have just two communities in common, namely Catcliffe and Treeton. Everything else is different; which does make you wonder why the same route number was used.

The PTE offer a similar wording on their service changes web site.

Service 74 - Changes will be made to the route and timetable. The service will be revised to run from Sheffield to Rotherham via Granville Road, Manor Top, Richmond, Handsworth, Waverley, Catcliffe, Treeton, Brinsworth and Canklow. This service will no longer serve Attercliffe. The Treeton to Harthill section will be replaced by service X54. Service 74a - New service partly replacing service 40.

Note the lack of similarity.

But tun to the PTE's non leaflet and what do you find. In the rubric on the from a similar tale is told.

Service 74 - Changes will be made to the route and timetable. The service will be revised to run from Sheffield to Rotherham via Granville Road, Manor Top, Richmond, Handsworth, Waverley, Catcliffe, Treeton, Brinsworth and Canklow. This service will no longer serve Attercliffe. The Treeton to Harthill section will be replaced by service X54.

Despite being told that the "old" 74 will vanish in a puff of exhaust smoke, there on last page of the new 74 leaflet ...

... is an hourly service following exactly the "expunged" route and, of course, it is numbered 74!

Really, really silly. Or is it a mistake? Who knows?

Now try this one.

Here is part of the new service 36 timetable courtesy of the PTE. 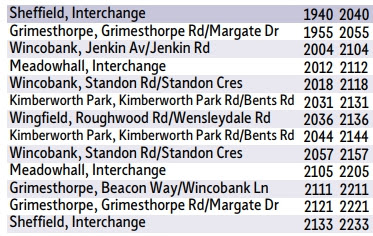 It is show as a "circular" but it isn't. It does have a lollipop loop at the Kimberworth Park end, which bus timetable masterminds might have a guess at. Buses take five minutes to get from Bents Road to Roughwood Road and eight minutes in the opposite direction.

In fact (using an old PTE map for predecessor route 43) the loop is a little on the large side. 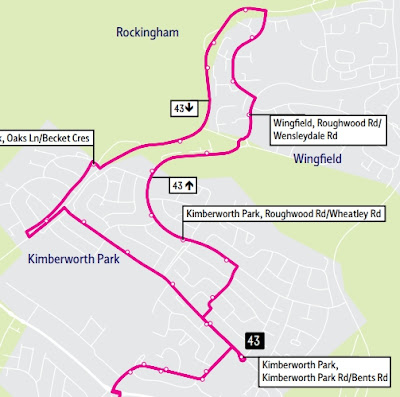 Indeed, it is quite hard to work out why the bus takes five minutes to get from Bents Road to Roughwood Road (four stops) and eight minutes to complete the loop (seventeen stops).

Something is not right there.

Despite this inadequacy, a well known and successful Sheffield App (no bias here, of course) does attempt to show the extent of the loop. 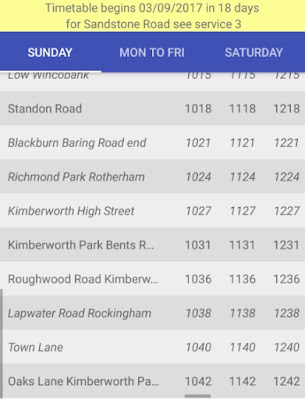 And finally, a tactful reminder.

fbb's ability to blog is constrained by real "work", first for First and then (unpaid!) for GoTimetable. To add to the pressure fbb plus Mrs plus No 3 son are off for a holiday in Largs (Scotland).on Saturday. 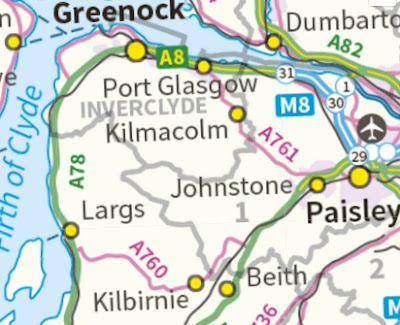 Deficiencies and diminished quality are a likely consequence.

Which is why the bits about electric did not appear today!