Being Round and Square!

fbb was briefly in Sheffield last week for a little over 12 hours, during over half of which he was trying to get a modicum of shut-eye! Checking in to Best Western Jury's Hotel on George Street (at 2315) ... 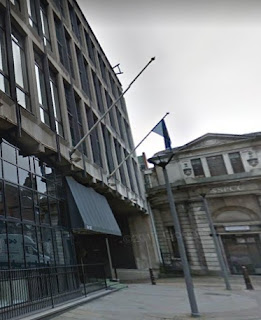 ... all that was needed was a mug of tea before slipping into a fitful reverie. How frustrating is it when all you want to do is to flop down on the bed, you arrive at the door and ...

... the key cards don't work? No 3 son made three trips from floor four down to reception in an attempt to gain access. £62.50???? Anyone got the appropriate equipment? 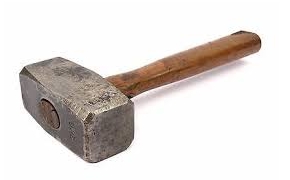 £62.50 was a bit pricey for the room (when you eventually broke in!) with breakfast £8 extra. fbb eschewed breakfast and did not order room service either but was amused by the lack of literacy. 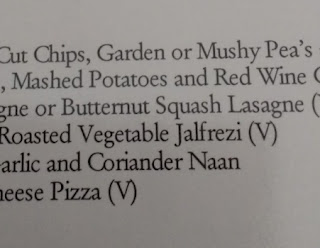 If you can have Pea's, why cannot you enjoy a portion of Chip's?

But just along a short land from the hotel is the High Street tram and bus "interchange". 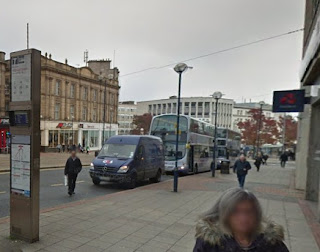 Sadly, the fbb plus one party had little time to observe, but did check out the posted timetables. 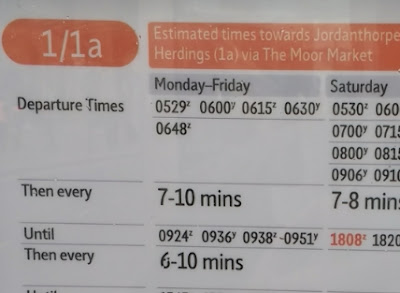 Now what time would the best bus be to get to the meeting at 0830? No good looking at that! It was not at all clear whether the bus stop displays were up to date. One, a bit further down the route, showed a date back in May. 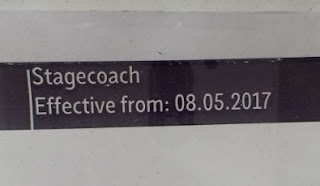 It changed again in late July and will change yet again on 3rd September. Fortunately there is one easily accessible source of the summer holiday reduced frequency neatly stored on the fbb phone. 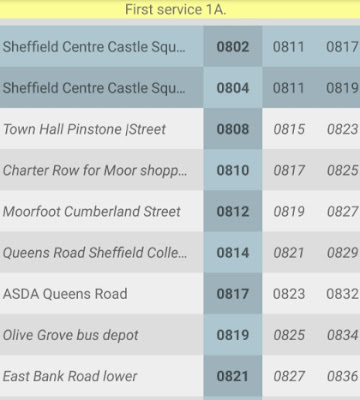 The 0804 left a couple of minutes late but conveyed the lads to where they wanted to go. Of course, they could have searched two operators' web sites, used Traveline or downloaded the 19 A4 pages of the Travel South Yorkshire non-printed leaflet.

Just down the road from the High Street bus stop is Castle Square tram stop. 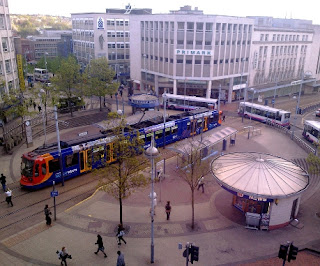 After the destruction caused by WW2 bombing, this part of the city centre was planned with a major traffic interchange in mind. The cut-off corners of the big stores were in place well before the construction of the "Hole In The Road" was started. 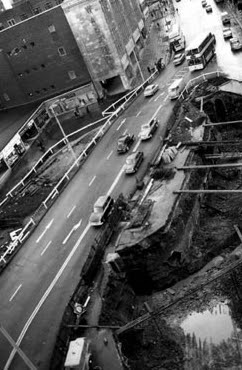 A youthful fbb watched the excavation ... 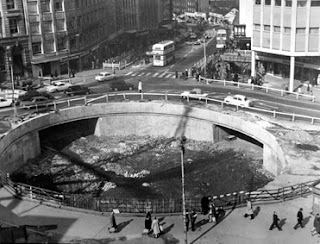 ... and the construction in the late 60s. There were walkways and escalators with entries to some of the big stores. 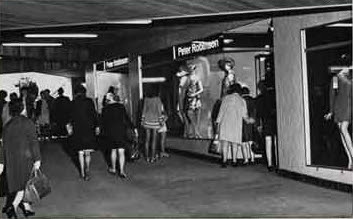 In the early days it was kept clean and tidy and looked quite posh. 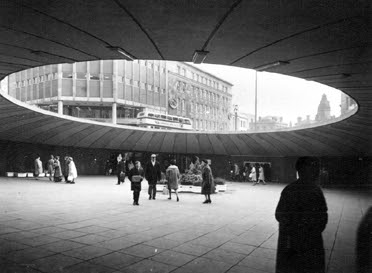 It even had a huge tank of tropical fish, popular with youngsters of all ages.

But as time progresses "The Hole" became seedy and was increasingly avoided by he public. Some described it as the largest unofficial public convenience in the city. It is was never that bad, was it?

Then along came the tram and it was all filled in. 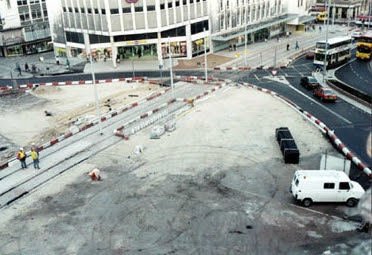 The C & A building seen above became Primark after the closure of "Coats and 'Ats".

So what prompted fbb to indulge in this particular bout of nostalgia?

Sheffield contributor Roy sent a link to this on-line picture. 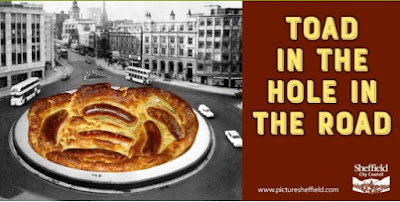 Now a plate that size and that full might well beat even fbb!

Here is a bus timetable four you to enjoy:- 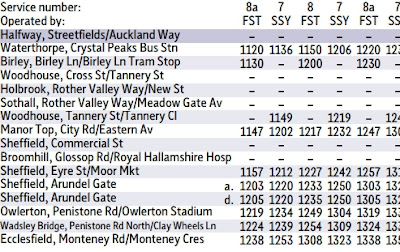 And here is another one.

More changes on the way?

Yesterday work started at 0520 and finished at 1720 with half an hour for lunch. Snore.

Next abbreviated blog : Friday 5th August
Posted by fatbusbloke at 02:00