Integrated Transport 19th Century Style
It is a long way round! 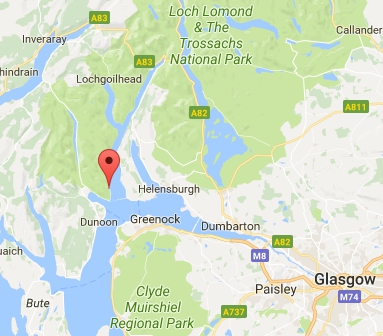 Blairmore is a little village, not much more than a straggle of houses along the A880 which fizzles out and becomes an unclassified road via Glenn Finart. Even today, the easiest way to get there from (say) Glasgow would be by boat.

Which begins to explain why the Firth of Clyde had oodles of steamer services. 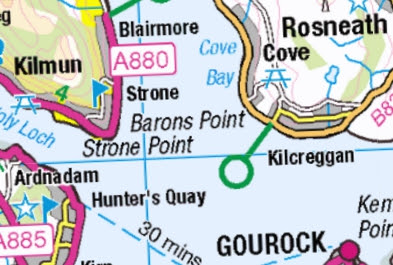 The ferry services were taken over and developed by the railway companies offering a through passage from Glasgow. To add to the complication, two railway companies were operating in the area. The Caledonian Railway eventually became the so-called West Coast main line direct from Carlisle.

The Glasgow and South Western Railway (GSW) also started from Carlisle which was a jointly managed station, but ran less directly via Dumfries and Kilmarnock.

It is the GSW that will take us, historically, to Blairmore.

We will need to catch a train to Greenock to connect with the ferry. Needless to say, both the Caledonian and the GSW had independent routes to Greenock ... 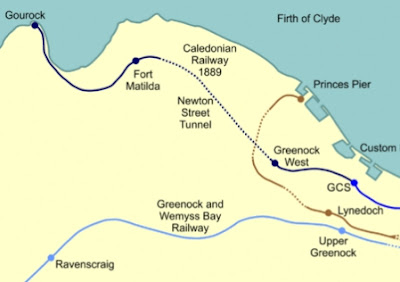 ... and it was the Caledonian route that survives, providing today's electrified routes from Glasgow Central to Gourock and Wemyss Bay. 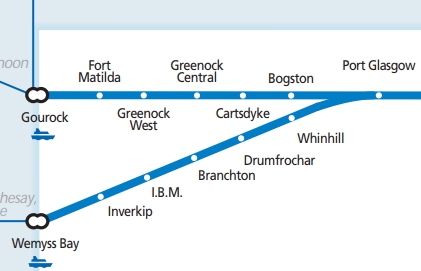 The alternative route to Princes Pier can still be traced on the ground today. 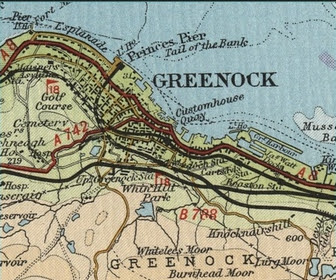 After crossing the Wemyss Bay branch, the GSW route now ploughs through urban Greenock with an overgrown cutting ... 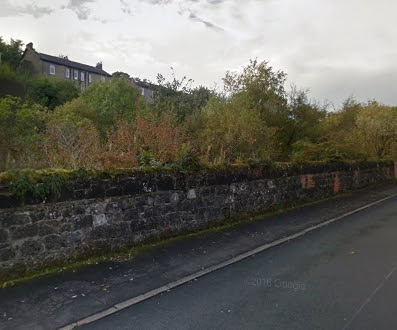 It plunges again, briefly, to re-appear a few yards later ... 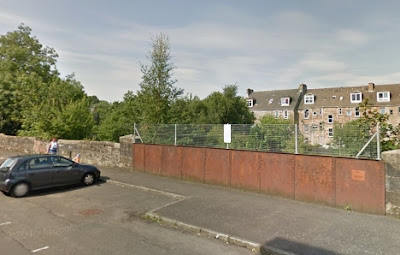 ... and run through a short cutting and under the A78. 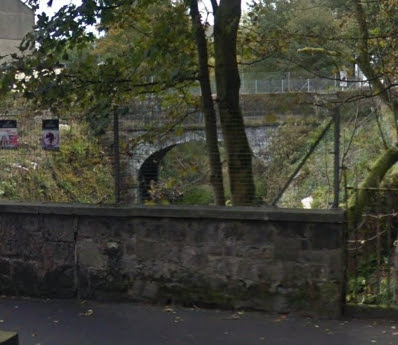 After a longer curved tunnel, the line finally bursts forth into daylight just short of the A770 ... 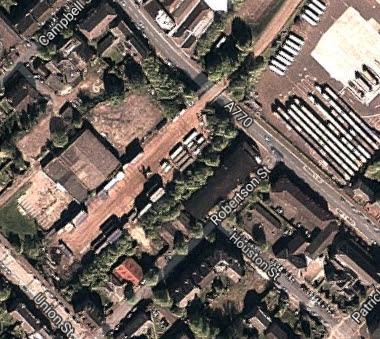 ... which it crosses on an overbridge. Ironically, this advertises one of the ferry services that conceptually replaces the steamer routes of old. 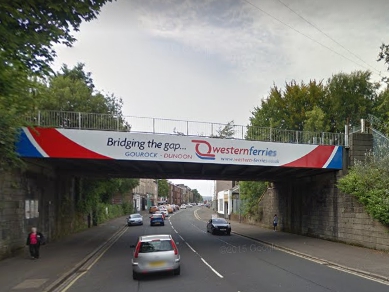 This rather grainy aerial view shows the rail to boat interchange as was. 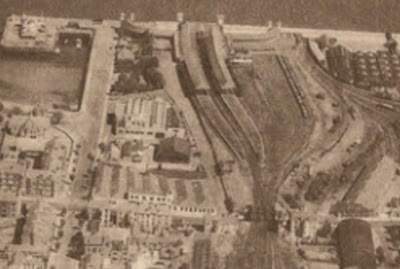 Sadly the gorgeous Princes Pier terminal is no more, having been razed to the ground and replaced by a container terminal.

But was can enjoy the old pictures. 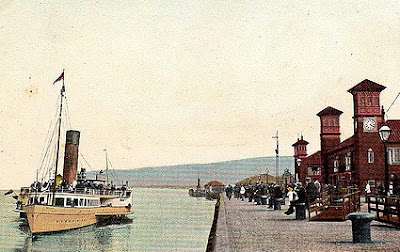 The six-towered magnificence closed to normal passenger services in 1959 ... 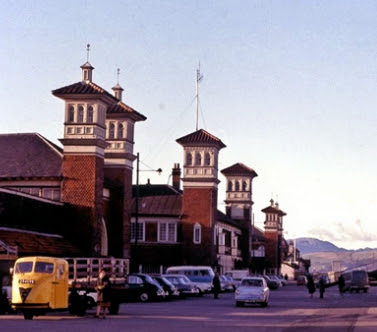 It was unceremoniously demolished one year later. Passenger trains continued between Glasgow, Paisley and Kilmacolm until 1983. 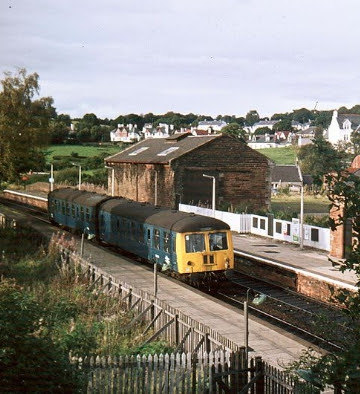 Here the former station is prettily restored as The Pullman Tavern. 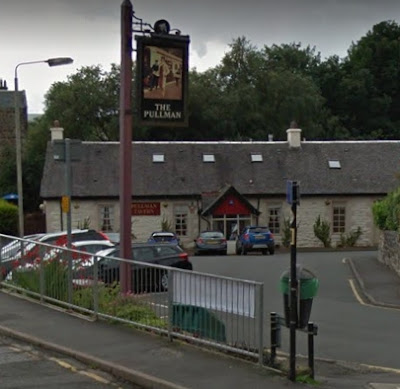 The local press got it wrong, as ever:- "It's all change at Kilmacolm with the opening of the Pullman Lounge Diner in the old railway station, closed since the days of Dr Beeching." Actually 17 years AFTER Beeching.

But we shall be sailing to Blairmore, virtually, on the Paddle Steamer Caledonia. 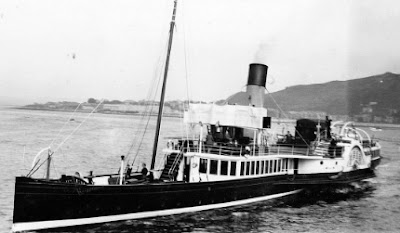 Next Blairmore blog : Friday 25th August
Posted by fatbusbloke at 02:00