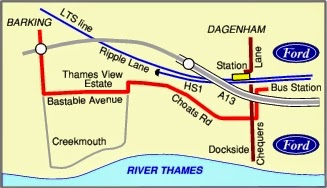 Back in August 2011 (sigh - it seems like only yesterday!) fbb blogged on the stunningly exciting subject of Dagenham Dock. His interest was aroused by bus routes EL1 and EL2, in particular the long stretch from cvilisation at Thames View Estate via the land of more pylons than people to the salubrious surrounding of the Dagenham Dock terminus.

All this area is slated for a major development complete with stunning computer generated images (see later). 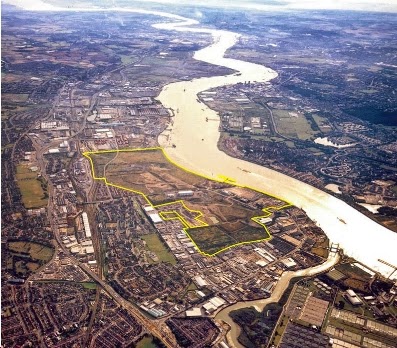 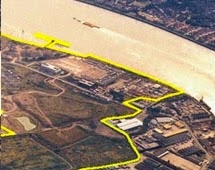 ... and Dagenham Dock Station is lost somewhere among rail and road, here:-

The blasted heath with the natty yellow border is where all the new stuff will appear when someone can find the crock of gold to pay for it. But what the area needs is better public transport links, hence the EL1 and EL2. (Stop sniggering at the back!)

So we will extend the Docklands Light Railway from Beckton to Dagenham Dock. 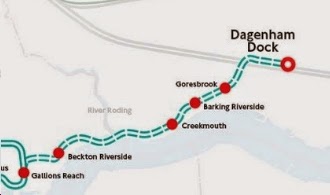 Identifying Destination and Route Options. Work on reviewing destination options for the extension concluded in Spring 2007 following technical work as well as stakeholder and public consultation. From the views expressed and appraisal work on the options, Dagenham Dock emerged as the most appropriate terminus option for the extension.

Seven years later, not a sausage.

Peter Hendy in his March 2009 report to the TfL board indicated that some work continues on assessing “currently unfunded” options for supporting the future demand for public transport services, following the decision to terminate further development of Cross River Tram, Croydon Tramlink, Thames Gateway Bridge and Busway Transit schemes. 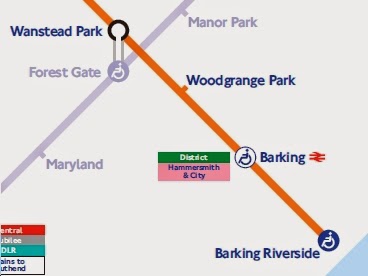 ... with an extension of the Gospel Oak and Barking line to Riverside. 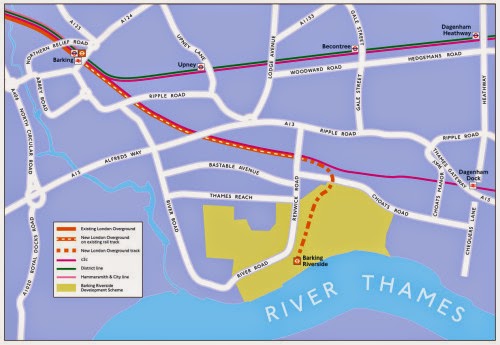 The proposed line runs beside (or on?) the existing Dagenham Dock line, then turn sharp right to a terminus over there ... 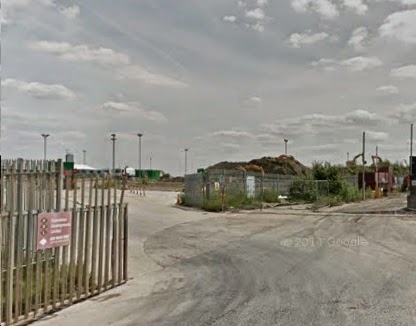 ... in the wastelands at the end of Renwick Road.


Subject to funding, TfL hopes to apply for a Transport & Works Act Order giving powers to build and operate the extension by the end of 2015. If approved, construction could start in early 2017 for opening by the end of 2019. It is in envisaged that the Gospel Oak to Barking line would be electrified by the time the extension is completed.


The DLR project would run, albeing slowly, into the City of London. The Overground extension runs to an unhelpful Gospel Oak with passengers for central areas being obliged to change at Barking onto the slow District and/or Metropolitan Line or end up at Fenchurch Street. The map also shows an interchange between Wanstead Park and Forest Gate on Crossrail. This is easier than the two we looked at earlier in this series.

Stagger down the steps at Wanstead Park ... 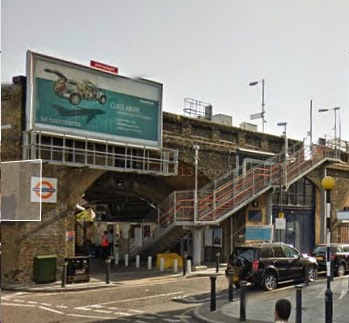 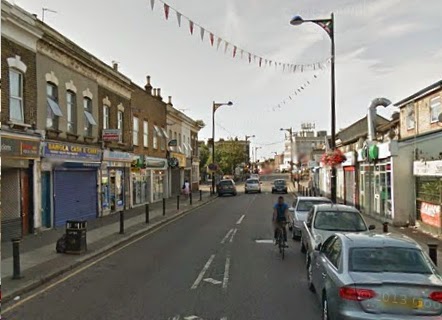 ... and Forest Gate station pops up on your right. 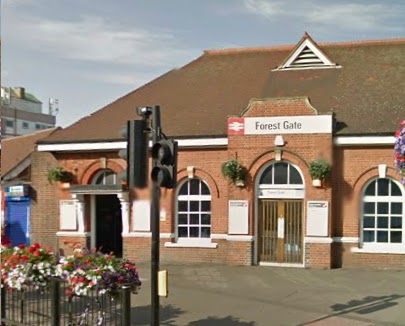 Not difficult but hardly slick. Currently the Gospel Oak Barking line has a train every 15 minutes seven days a week. 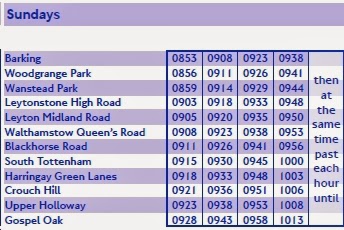 The DLR would have been at least every 10 with an additional frequency at peak times! But ...

The proposal replaces a previous scheme for an extension of the Docklands Light Railway automated metro from Gallions Reach to Barking Riverside and Dagenham Dock.


Four stations on the DLR scheme are replaced by one on the Overground extension, leaving much of the development unserved by train. Presumably commuters will travel to Riverside (Overground) station by bus? Hmmm? More likely by car.

It will be interesting se see how (and if!) the developments develop.

Finally, this is one of the architectural sketches of the whole project. 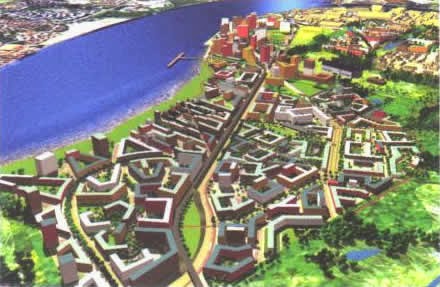 The grey streak running from top centre to bottom centre is the "spine" of the proposed development, namely the Docklands Light Railway. Oh well, back to the drawing board!


Next Overground blog : Thursday 2nd October
Posted by fatbusbloke at 02:00