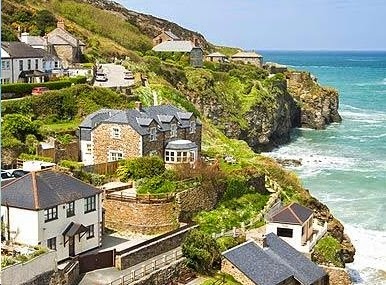 It is  pretty little village on the north coast of Cornwall south west from Newquay. So who was St Agnes? 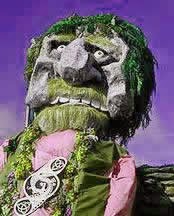 Not the above, for sure. But he (or it) is the Bolster Giant which, so ancient legend relates, plagued the village with nastiness including eating naughty children. Despite repeated efforts by village VIPs to defeat the baddy, he/it continued its dastardly deeds of terror. Until the saintly Alice proposed love to the monster. All is revealed in this YouTube video ...
Each year, St Agnes' children take part in a re-enactment. There is no record on-line of how many little ones are scarred for life by the experience!

Until February 1963, the area was served by the Truro and Newquay branch railway; wiggling its way slowly and (presumably) unprofitably between the two towns. 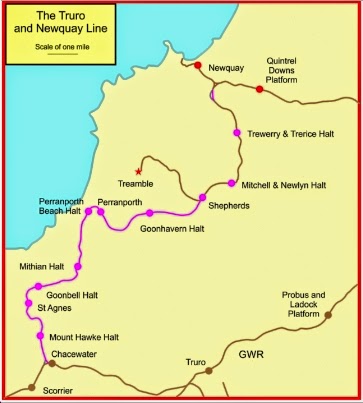 It could hardly be any less direct! Of interest to this blog are the stations at St Agnes itself ... 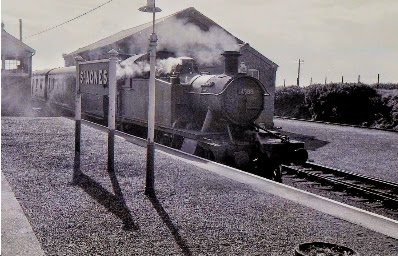 ... which, of course, is some considerable distance from the village at Hurlingbarrow. 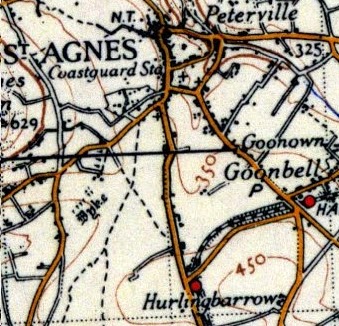 But the station building still exists in industrial use but with its large canopy area now filled in. 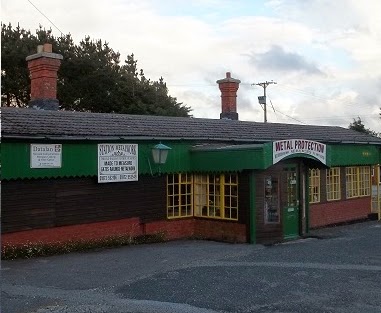 Of diminutive Goonbell Halt, however ... 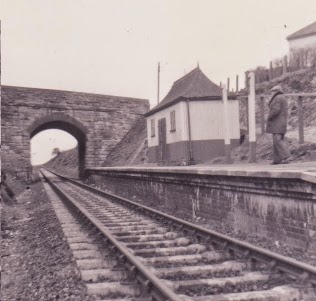 ... there is no trace. The usual line of vegetation when viewed from the air confirms that the line once ran there. 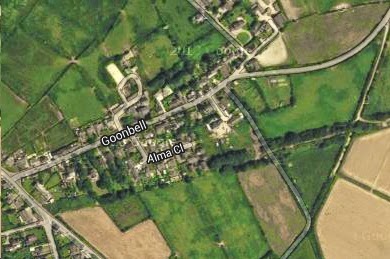 the station was by the road junction, bottom left. 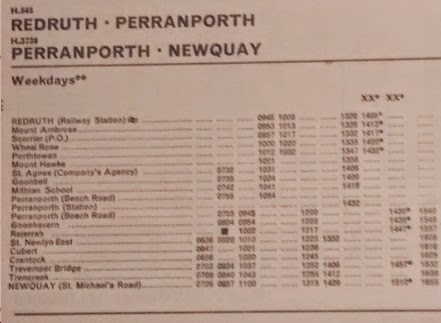 ... but operated (almoost exclusively) in two sections Redruth to Perranporth and Perranporth to Newquay. There was also a Summer only 547 limited stop between St Ives and Newquay.

By the start of the new millennium, St Agnes was the in the purview of Truronian's T1 service running between Perranporth (some journeys), Truro and The Lizard. 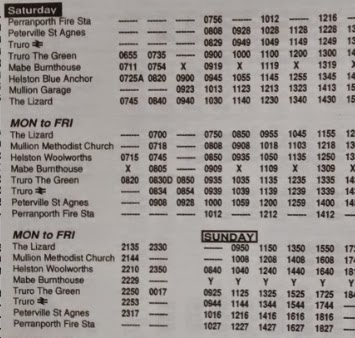 But, as we can see, in present times St Agnes finds its way into the story of difficulties facing Western Greyhound [WG]. It is currently served by WG route 587 ... 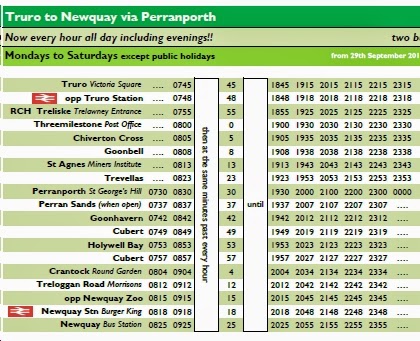 ... which mæanders its way, much like the old railway line, through from Truro via the coastal villages to Newquay.

Until October 2013, however, First Bus ran to St Agnes. But no longer. We explore more tomorrow.

Before we move on, however, fbb must draw your attention to a row on miners cottages ... 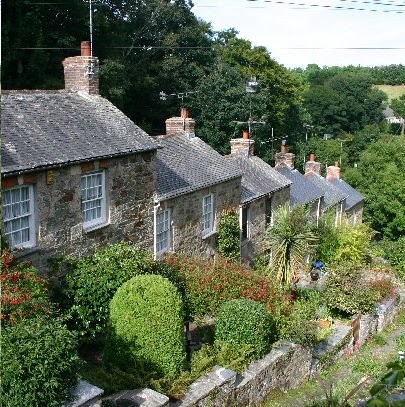 ... cascading down a hillside towards Quay Road. The track (bottom right) is the only access and this path goes by the delightful name of ... 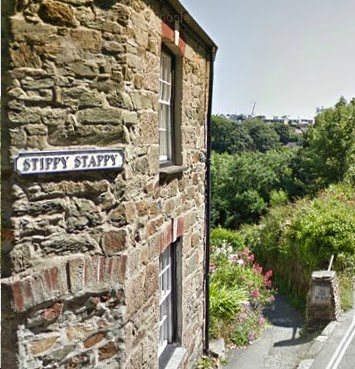 ... Stippy Stappy. Bolster the giant and staggering down Stippy Stappy; is there no end to the esoterica entwined within an interest in public transport? 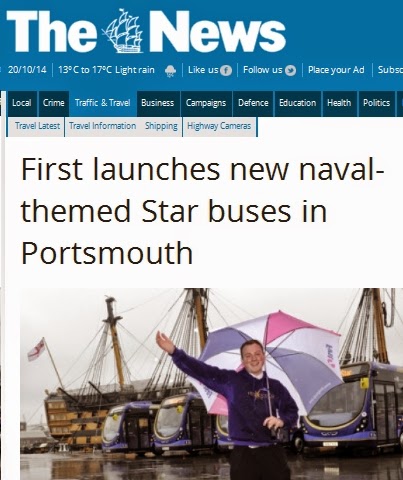