Many blog readers will be familiar with the above site 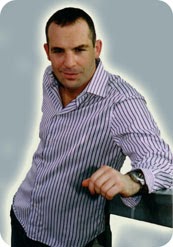 Martin Lewis OBE, Money Saving Expert, is an award-winning campaigning TV and radio presenter, newspaper columnist, author and, according to Google, the most searched-for British man. An ultra-specialised journalist, focusing on cutting bills without cutting back, he founded MoneySavingExpert.com in 2003 for £100. It's now the UK's biggest money site, with over 14m monthly users and 9m receiving the Martin's Money Tips email – and he remains its full-time Editor-In-Chief.


In 2012 Martin sold his web site to the Money Supermarket group which includes ...

This train stopped at Cheltenham so instead the tool suggested...

Some fares are "Advance" fares offered on specific trains. If you miss a connection, your Advance ticket becomes invalid and you have to pay again. Your "cheap" fare could become very expensive indeed.

The site is linked to "The Trainline.com" which charges booking fees. Most rail company sites charge no fees and for many of them postage is free. You are warned about this on TicketySplit BUT many people will just go ahead and waste a few pounds. It is hard to see why any potential passenger should use The Trainline as all its fares are available on all rail company sites and at ticket offices.

Individual rail companies often have web site special offers for journeys exclusively on their trains. These special fares and discounts are not on The Trainline or Tickety Split.

More seriously, TicketySplit does not (yet!) do returns, justifying this by saying that returns are "often" more expensive than singles. WRONG! With the exception of "Advance" tickets and their accompanying risks (used by only about 3% of rail passengers) return "Saver" (the fare-type most people buy) fares are ALWAYS cheaper than two singles.
--------------------------------------------
So fbb tried a journey, one which he has often used; namely Axminster to Sheffield.

TicketySplit gave fbb a choice of schedules, of which he chose ... 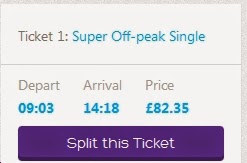 ... remembering, as always that these fares were with a Senior Railcard. Clicking on the Split button offered this option. 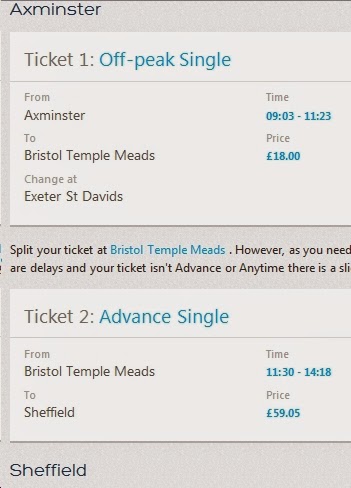 Savings can be made provided that you don't miss your connection and thus lose the "Advance" leg.

What about coming back? This for a return later the same day. 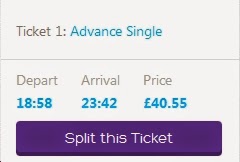 The National Rail web site (and all other rail company sites) advises exactly the same trains.

But look at the price.
The off-peak return offers a saving of £31.75 compared with TicketySplit and no restrictions. Any train can be used after 0900 from Axminster.

The return journey (again with some morning peak restrictions) can be on any day up to one month later.

All credit to the sponsors of the site for trying their best but fbb would advise EXTREME CAUTION in taking its advice.

On one specific type of query, the system can be helpful. fbb wanted to travel to Truro for the day, but before senior railcards and day returns are available. TicketySplit found an outward single "split" which got him at full price to a point where discounts were available, thereafter discounted. Under these circumstances "Anytime" returns can often be bettered with a mixture of full price singles and discount singles or returns.

By all means consult TicketySplit

Remember that returns are nearly always cheaper than two singles**.

Beware the dangers of "Advance" fares

... with no significant restrictions. Two single Advance tickets with burdensome restrictions or complicated "splits" might improve on that - if you are lucky and land your ball in the correct slot of the Roulette Wheel on the right day. Remember always that "Advance" fares are dreamed up by a "Deep Throat" computer program and availability is totally unpredictable

What is needed is a complete re-think of ALL rail fares to remove the anomalies at source. Messrs Cleggeron and Faraband could win a hefty number of extra votes if they set such a rethink in motion. One day, when fbb feels confident and/or stupidly brave, he will write a blog explaining how easy it would be to sort it out.

But it would need a complete re-jig of the whole financial structure of the railways and, fbb suspects, no government of any hue has the guts to do it; if, that is, any of the politicians understood it all in the first place.

Next bus blog : Tuesday 21st October
Posted by fatbusbloke at 02:00