U's a Clever Boy, then? Part the Third

For the 2013/2014 term the students of Falmouth University had their dedicated U1 service running every 15 minutes.

There was also service 41 between Falmouth, University Penryn, Redruth and Camborne, every 30 minutes ... 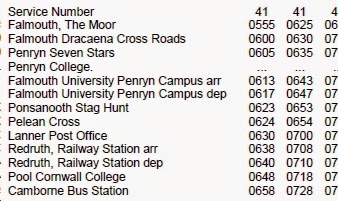 ... and service 88 between Falmouth, University Penryn and Truro, also every 30 minutes.

That meant that eight buses an hour ran between Falmouth Moor and the Uni, of which 4 ran via the Falmouth Wood Lane campus, numbered U1 and only operating Monday to Friday term time.

By the time fbb experienced his "royal route-learning progress" in Cornwall earlier this year, the new U1 had finished and an hourly service via the Falmouth Wood Land campus was provided by routes 88 and 41. 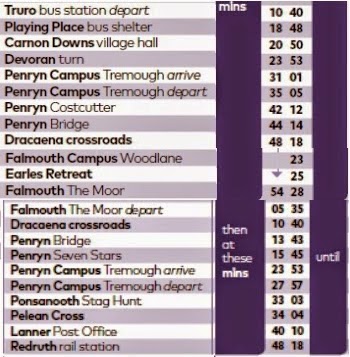 The above crude past-up shows one 88 from Truro each hour running via Woodlane and Earles Retreat and turning into a 41 to Redruth. 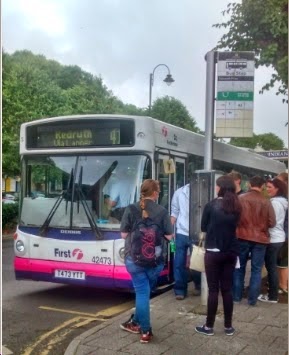 fbb's 88 did just that but the unhelpful departure information back at Truro remained entirely secretive about the academic diversion! 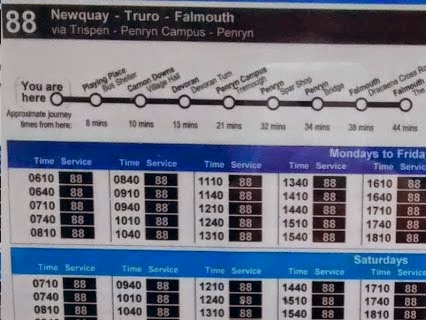 So, for the start of the 2014 Autumn Term a whole new deal was negotiated. The old, exclusive U1 was consigned to omnibological history and the Wood Lane loop'n'link became a term-time feature of all 88s and all 41s.

So we have all 88s from/to Truro running via the Falmouth campus ... 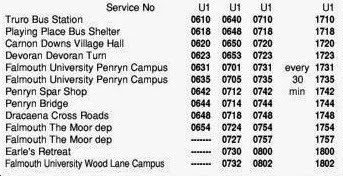 What is particularly clever on the part of First's schedulers is that the vacation timetable is, in every way, identical with the term-time version everywhere except at the Falmouth end ...

... meaning that the "normal" non-student passenger does not need to wonder whether it is term or vacation. The diversion does add 4 minutes to through journeys but does not, generally, impede an possible onwards connections at Falmouth Moor.

A summary of the Unibus services (U1 and U2) can be viewed (here). Click on " U+ ". This is an unofficial site under development.

The student single fare has gone up a whopping 25% from 80p to £1 but, as one of the Uni web sites explains:- 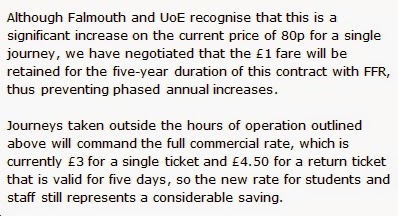 For political and consistency reasons, the revised 88 and 41 have been renumbered U1 and U2 respectively. 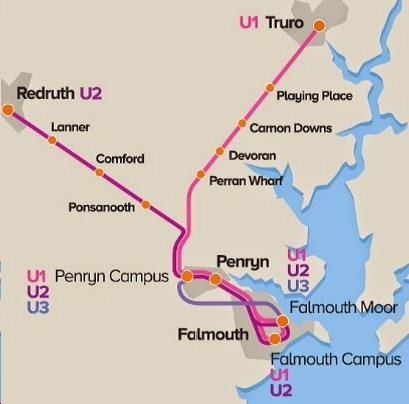 For the record the U3 is one Monday to Friday trip provided to cope with the anticipated student "rush hour".

Seems a bit early for the average student?

Those of our readers who, like fbb, are entering their years of maturity/decrepitude, may be confused by the idea of a University at Falmouth and further befuddled by the addition of Exeter University to the publicity.

It all started with Falmouth School of Art ... 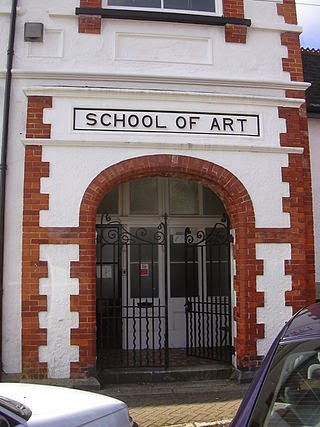 ... which expanded on to the current Wood Lane site, then expanded a lot more to a massive campus at Penryn ... 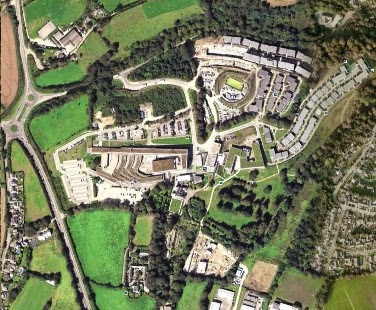 ... which also houses bits of Exeter University. Falmouth became a proper stand alone University, specialising in "The Arts" and the two academic institutions share a common management structure which handles, amongst many other things, tenders from the bus services. They, needless to say, have their own logo and name (FXplus) to confuse outsiders! 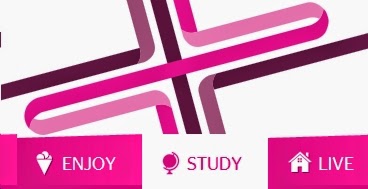 Sadly, if you look this up on line, there is a real danger that you will find the old U1 service near the top of the list ...

... but then, nobody actually believes the internet search engines!

We are also promised Unibus branding on the uni buses but fbb has yet to receive tangible evidence thereof.

And talking of First Kernow (First in Cornwall). The company has also won he contract for supplying buses to Truro College, another massive development near Threemilestone, just outside Truro. 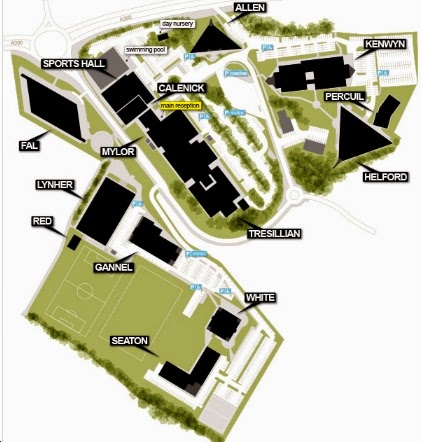 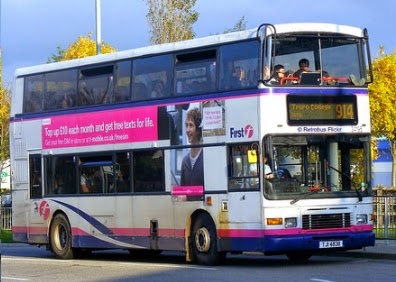 ... but now services 211 to 243 (with gaps!), 29 dedicated contract bus routes bringing students in from all over Cornwall and, according to "an informed source", they all leave full after courses at the end of each day. 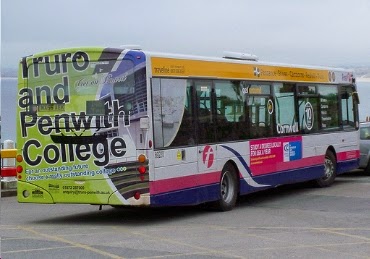